China has made no bones about its role in shepherding a first-ever P5 joint statement on preventing nuclear war and avoiding an arms race. While the release of the statement shows some rational thought and mutual respect among the five nuclear powers, is it of any significance in moderating conflicts between nation-states and preventing possible fights in hotspots such as the South China Sea and the Taiwan Strait? 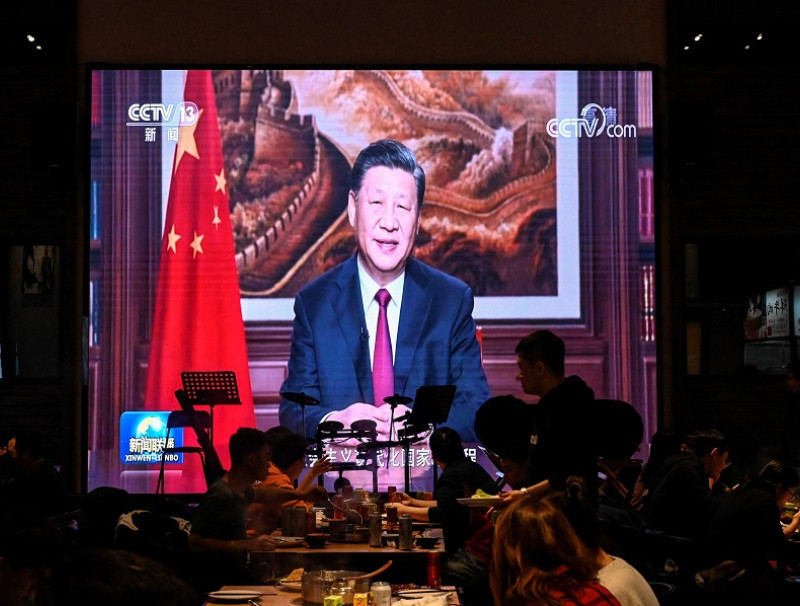 Grace Chong - 12 January 2022
A Chinese idiom says: If you ride a tiger, it’s hard to get off! Since being handed the reins by the Communist Party of China a decade ago, Xi Jinping hasn’t experienced “the year of the tiger” according to the Chinese zodiac. He will be riding into the tiger year this crucial year of 2022. Speculations are running high in China as everyone is asking: does Xi know how to get off a tiger?
Read more 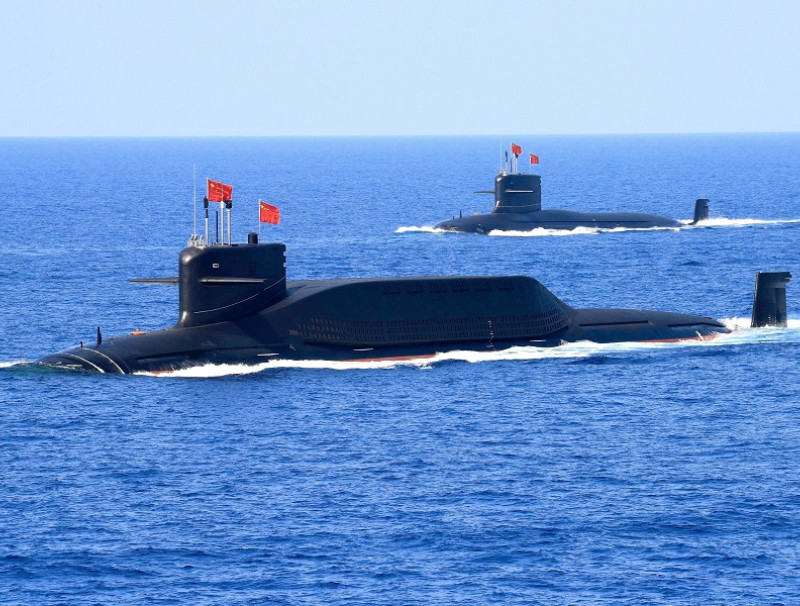 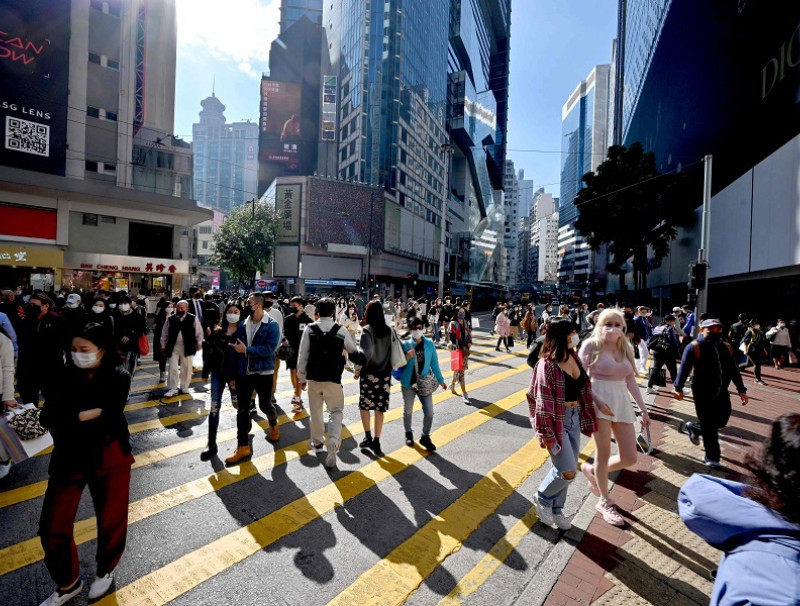 Grace Chong - 11 January 2022
The Hengqin Plan and Qianhai Plan released by the Chinese central government aim to deepen economic cooperation and promote cross-border integration within the Guangdong-Hong Kong-Macau Greater Bay Area (GBA). The Plans will involve greater integration of Hong Kong and Macau with the mainland. While Macau has always embraced this trajectory and the Hengqin Plan could bring greater dynamism to the SAR, Hong Kong’s fears of “mainlandisation” and the territorial instincts of mainland cities may present some obstacles to the Qianhai Plan. EAI academic Yu Hong tells us more.
Read more
Translated by Grace Chong on 7 January 2022

In a rare move on 3 January, the five permanent members of the United Nations Security Council (P5) released a “Joint Statement of the Leaders of the Five Nuclear-Weapon States on Preventing Nuclear War and Avoiding Arms Races”, drawing widespread attention.

According to the statement, China, France, Russia, the UK and the US consider the avoidance of war between nuclear-weapon states (NWS) and the reduction of strategic risks their foremost responsibilities; affirm that a nuclear war cannot be won and must never be fought; affirm that nuclear weapons — for as long as they continue to exist — should serve defensive purposes, deter aggression, and prevent war; intend to maintain and further strengthen their national measures to prevent unauthorised or unintended use of nuclear weapons; reaffirm that none of their nuclear weapons are targeted at each other or at any other state; have a desire to work with all states to create a security environment more conducive to progress on disarmament with the ultimate goal of a world without nuclear weapons with undiminished security for all.

Initiated by Russia, promoted by China

Firstly, it is important to note that the joint statement was initiated by Russia and actively lobbied for by China. The five NWS had also been negotiating it for a few months.

According to Russian news agency TASS, Russian foreign ministry spokeswoman Maria Zakharova said in a 3 January statement that the joint statement “was formulated on our initiative and with the most active participation of Russian representatives. Its release was supposed to coincide with the start of [the] Tenth Review Conference of the Parties to the Treaty on the Non-Proliferation of Nuclear Weapons. It had been scheduled to open in New York on January 4, but was postponed due to the worsening epidemiological situation in the United States. Nevertheless, given the importance and self-sufficiency of this joint statement, the nuclear powers decided not to delay its publication”.

Zakharova emphasised Moscow’s strong belief that there can be no winners in a nuclear war and such a war should never happen. She said, “We have consistently promoted the idea of reaffirming this principle by all nuclear P5 states.” She also said the joint statement complements and builds on the bilateral statements adopted at the highest level with the US and China.

Apart from Russia, China also highlighted its leading role in getting the joint statement pushed through on 3 January.

According to a Xinhua News Agency report, Chinese Vice-Foreign Minister Ma Zhaoxu said that China has always stressed that “a nuclear war cannot be won and must never be fought”, and has been pushing for the five countries to take joint action. In fact, the line on “reaffirming that none of our nuclear weapons are targeted at each other or at any other state” was added thanks to China’s efforts.

Ma also reiterated China’s nuclear strategy, namely maintaining a defensive posture, a policy of “no first use”, and maintaining only a minimal nuclear force needed in the interests of national security.

The Treaty on the Non-Proliferation of Nuclear Weapons (NPT) aims to prevent the spread of nuclear weapons and weapons technology, promote cooperation in the peaceful uses of nuclear energy, and further the goal of achieving nuclear disarmament and general and complete disarmament. It opened for signature in 1968, and took effect in 1970. A total of 191 countries have joined the treaty, including the five recognised NWS of China, France, Russia, the UK, and the US. NPT non-nuclear-weapon states pledged not to acquire nuclear weapons, and in exchange, the five NWS promised to “pursue negotiations in good faith” on nuclear disarmament and contribute to the further development of the applications of nuclear energy for peaceful purposes.

The treaty is reviewed once every five years to evaluate the progress of global disarmament and nuclear programme monitoring. Because of the Covid-19 pandemic, the Tenth Review Conference that was scheduled to open on 4 January was postponed, but the nuclear powers decided to publish the joint statement as planned, which is a significant move.

Following the release of the joint statement, the Russian foreign ministry said in a separate statement, “We hope that, in the current difficult conditions of international security, the approval of such a political statement will help reduce the level of international tensions.”

The tense international situation referred to by the Russian foreign ministry has to do with the fact that Russia-US bilateral relations are at their lowest since the end of the Cold War. In recent years, US-Russia relations have been tense because of Ukraine, and the situation escalated in April 2021 after Russia sent 100,000 additional troops to the Russia-Ukraine border. During a recent phone conversation with Russian President Vladimir Putin, US President Joe Biden warned that the US and its allies will “respond decisively” if Russia invades Ukraine. Both countries are in the midst of security talks this week, to discuss mutual concerns about military activities and a solution to the Ukraine issue.

Similarly, in the interview above, Ma noted that the world is undergoing changes unseen in a century as well as Covid-19, and “the international strategic security field faces many major challenges”. He added that the joint statement is conducive to enhancing mutual trust, and replacing competition among major countries with coordination and cooperation is of positive significance to the building of major-country relations featuring overall stability and balanced development.

Ma was of course referring to China-US relations, which are worsening. Given their opposition on issues such as the South China Sea, the Taiwan Strait and human rights, there is growing discussion on whether the so-called China-US Cold War will escalate into a hot war.

It is a fact that the US is suspicious and concerned about China’s growing military strength. The Pentagon’s latest report on China’s military strength, released in November 2021, significantly adjusted its forecast of China’s increase in nuclear missiles. The report said China may have up to 700 deliverable nuclear warheads by 2027, and at least 1,000 warheads by 2030. Before this, US media and think tanks released reports saying that China is building over 100 nuclear silos in Xinjiang and other locations, which Chinese state media claimed to be fake news.

Even after removing the nuclear issue, the various powers will increase their involvement in political and economic conflicts, as well as conventional wars.

How much real use will it be?

A commentary said the joint statement is the best New Year’s present to the world. And although the joint statement is limited in being actually binding, and does not ease the contradictions and conflicts between the five powers or between the West with China and Russia, at least it shows that the five nuclear powers are still rational and respectful of one another’s military when it comes to common threats to humanity such as nuclear war and nuclear proliferation. This is a fragile safety net in this turbulent world.

A WeChat post on a public account by 牛弹琴 (bullpiano) — which apparently has some links to officialdom in China — has it that one signal the joint statement sends is that there will be no all-out war between the five powers. No matter how important Ukraine is, or how appealing the rhetoric from the West, the US will not go to war with Russia. After all, both have nuclear capabilities of destroying the other. The post also said, “some people” in Taiwan would do well to take a leaf from this, meaning the US will not go to war with China over the Taiwan Strait.

Another signal is that while a nuclear war may not happen, intense multi-dimensional fights may be inevitable, as the root of the conflict has not been removed but is likely to deepen and worsen. Even after removing the nuclear issue, the various powers will increase their involvement in political and economic conflicts, as well as conventional wars.

In an interview with Voice of America (VOA), Rand Corporation defence expert Timothy Heath said the statement does not put the countries under any obligation to reduce nuclear arms storage or set firm limits on nuclear facilities, while each country has their own strategic reasons for modernising and expanding their nuclear arsenal, and will only continue their current nuclear modernisation.

TASS also quoted the research director of the Valdai Discussion Club, Fyodor Lukyanov: “A more or less tangible agenda encompassing world order issues requires at least a minimal level of understanding what such a world order might look like. In the meantime, no such understanding is anywhere in sight.”

In other words, while the joint statement by the five nuclear powers has slightly eased the situation in various regions, it is probably still wishful thinking that it will stop the nuclear arms race and ultimately lead to nuclear disarmament and a world without nuclear weapons.