Li Nan sees that China has been using more aggressive “defensive” strategies in the South China Sea (SCS) under Xi Jinping, which includes the building of several artificial islands and the consolidation of administrative control of Chinese possessions and claims in the SCS. While policy insiders in China often see these actions as defensive, those who have a stake in the SCS have cause to disagree. 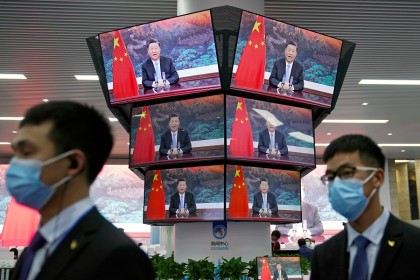 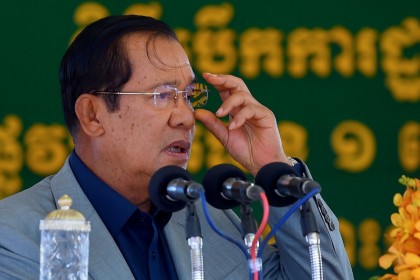 By Kimkong Heng 24 Nov 2020
Cambodia’s post-pandemic foreign policy is constrained by the need to sustain its economic growth while maintaining independence and sovereignty, amid the challenge and uncertainty caused by the growing strategic competition between China and the US. Academic Kimkong Heng says Cambodia needs to refrain from actions that appear to serve China’s core strategic interests, proactively engage all strategic partners, and walk a diplomatic tightrope between China and the US. 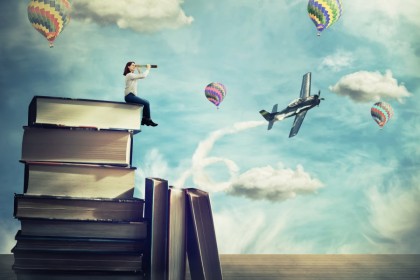 By Cheng Pei-kai 20 Nov 2020
The little-known Qian Shan Shili had the opportunity to travel in the days of upheaval at the end of the Qing dynasty and at the dawn of a new republic. She was the first woman to record her thoughts in two travelogues and felt strongly that China’s new education system paled in comparison with that of other countries such as Japan. She concluded that education should have the aim of building critical-thinking men and women rather than just nurturing a crop of scholars with exceptional talent. After all, she notes, without citizens, how can there be talents? And without citizens, there can certainly be no society. These are wise words, says cultural historian Cheng Pei-kai, that remain relevant even today. By Bai Yi 20 Nov 2020
There is a term that every young student in China knows well and probably dreads: the gaokao, or university entrance exam. The intense competition and pressure is enough to strain any person to breaking point, given the high stakes — real or perceived. Comic artist Bai Yi presents the all-too-familiar struggle to meet expectations. Liu Thai Ker and Ke Huanzhang: Urban planners are servants of the city

By Tan Ying Zhen 20 Nov 2020
How do urban planners go about their work and what contributions do they make to the building of liveable cities? Ke Huanzhang, former head of the Beijing Academy of Urban Planning and Design, is all for the seamless melding of a good ecological environment, living facilities, jobs and public services in a city. Liu Thai Ker, the former chief architect and CEO of Singapore’s Housing Development Board, says a good planner needs to have the heart of a humanist, the brain of a scientist, and the eye of an artist. Tan Ying Zhen speaks to the veteran urban planners as part of a series of fireside chats put together to commemorate the 30th anniversary of diplomatic relations between Singapore and China. By Melinda Martinus 19 Nov 2020
Many Southeast Asian telecommunication providers have rolled out their 5G masterplans and selected vendors this year, with Covid-19 prompting the need to accelerate the upgrading of digital infrastructure. However, while most Southeast Asian countries welcome collaboration with Chinese telecommunication vendors including Huawei, some telecommunication providers in Singapore, Malaysia, and the Philippines have recently moved away from partnering with Chinese companies. ISEAS academic Melinda Martinus finds out SEA's preferred vendors for developing 5G networks, and the reasons behind these shifts in preferences. Are Chinese companies still well-positioned to seize the opportunities in this arena? 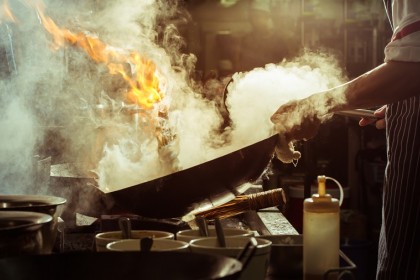 By Hong Xiaoyong 19 Nov 2020
China's next phase of development will focus on achieving high-quality development and building a modern socialist country, says China's ambassador to Singapore, Hong Xiaoyong. Much attention will be paid to fostering innovation and green growth, and in pursuing a coordinated approach in building prosperity for the Chinese people. China will also continue to engage the world through its dual circulation strategy, turning the China market into a market accessible to all. In these efforts, there are many opportunities for Singapore and China to work together, building on their years of cooperation and synergies. Ambassador Hong wrote this article in commemoration of the 30th anniversary of the establishment of diplomatic relations between China and Singapore. By Zheng Weibin 19 Nov 2020
RCEP, the largest free trade agreement signed thus far, includes China, Japan and South Korea — the largest, second, and fourth largest economies in Asia. This heralds a new Asian era, says Zheng Weibin. Apart from the pure economic benefits that this will bring, the fact that the US is not a part of the grouping gives China some leverage against moves from the US such as its military presence in East Asia and attempts to reforge alliances against China. In this game of move and countermove, who will be the first to say "checkmate"? 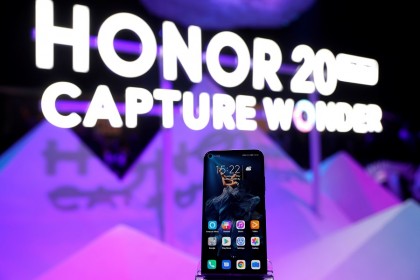 By Yang Danxu 18 Nov 2020
Huawei confirmed that it is selling Honor, its budget-friendly smartphone brand to the state-backed consortium Shenzhen Zhixin New Information Technology Co., Ltd. Looks like all hands are on deck to save Huawei, says Yang Danxu, amid tough chip sanctions from the US. But will these efforts be enough? 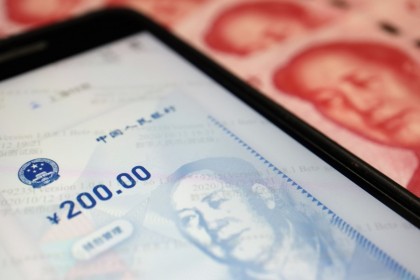 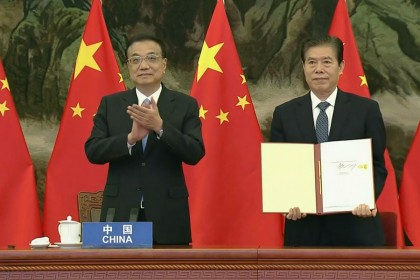 By Malcolm Cook 17 Nov 2020
The signing of the 15-member Regional Comprehensive Economic Partnership is significant, and not only due to the fact that the trade deal will cover a third of the world’s population and GDP. The RCEP also affirms the power of the East Asia concept and ASEAN’s centrality within it. By Yin Ruizhi 17 Nov 2020
China has its army of housewives to thank for its early and deep foothold in e-commerce. The theory goes that with more time on their hands and being fiercely price-conscious, these housewives will never fail to take advantage of discounts for online shopping, and even more importantly, spread the word and get others to do the same. 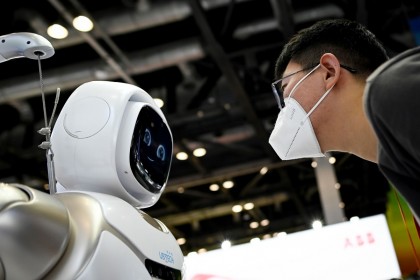 By Yin Ruizhi 17 Nov 2020
Yin Ruizhi points out that China’s AI industry was able to scale up so quickly thanks to an army of rural folk ready to do the laborious yet essential task of data annotation. 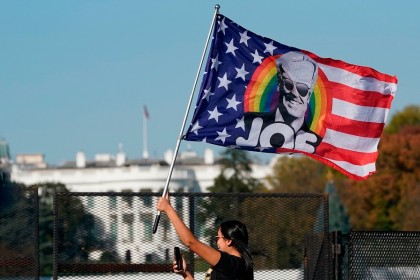 Singapore Prime Minister Lee Hsien Loong: The world will not split into two, but neither can it return to the past

By ThinkChina 17 Nov 2020
Bloomberg News editor-in-chief John Micklethwait interviewed Singapore’s Prime Minister Lee Hsien Loong ahead of the Bloomberg 2020 New Economy Forum on 17 November. Among the topics they discussed, PM Lee spoke at length about China, the US, global trade, the internet, and most of all, the China-US relationship. This is an excerpt of the interview transcript. 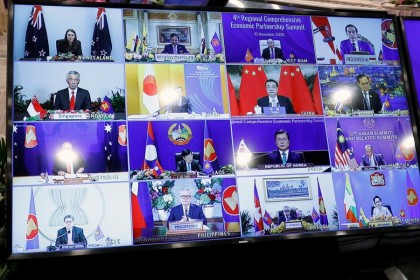 By Yu Zeyuan 16 Nov 2020
With the signing of the RCEP yesterday, the largest economic community in the world is very much in the making. Zaobao correspondent Yu Zeyuan examines what the RCEP means for China and the world, not least the US, which is not a member of the RCEP. 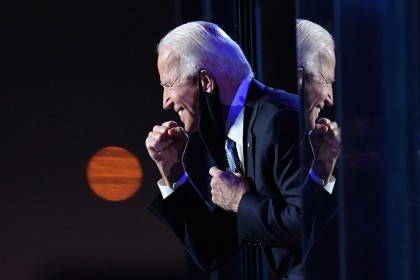 By Ma Yong 16 Nov 2020
Japanese Prime Minister Yoshihide Suga may have stolen a march on China by making an early move to secure President-elect Joe Biden’s support for any attack on the Senkaku islands or what the Chinese call Diaoyu islands. Even before he enters the White House, Biden seems comfortable reassuring Japan of America’s intention to uphold their commitments under the US-Japan Treaty of Mutual Cooperation and Security. Will this make China more defensive on the one hand, and more eager to court Biden on the other? 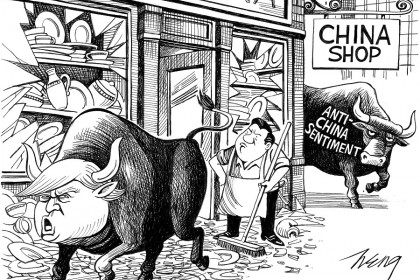 By Chiang Hsun 13 Nov 2020
Chiang Hsun marvels at the way a chive sauce made with Taiwan-grown produce brings out the flavours of a street stall scallion pancake so well. No question about it — this dish would win hands down against any Michelin-starred restaurant’s version. When will we learn to appreciate the natural and the down-to-earth, and eschew the shiny bright lights of the material and the shallow?