Hong Kongers used to call Beijing “Grandpa”. But the recent protests and the district council elections show that they no longer see mainland China as an authority figure. Tai Hing Shing analyses how Beijing lost its standing in Hong Kong. A protester waves a US and a colonial Hong Kong flag at a rally in Hong Kong. (Leah Millis/REUTERS)

Candice Chan - 15 July 2020
Senior military officers from India and China held the latest high-level talks to discuss border tensions along the Line of Actual Control (LAC) on 14 July. The talk which lasted for 15 hours took place at Chushul on the Indian side of the LAC, and contents of the discussion are yet to be made public. Although India and China have had their border disagreements, they are partners economically. Recently, the Indian government has banned 59 Chinese apps on grounds of national security, while Indian Prime Minister Narendra Modi has deleted his Weibo account. India has also threatened to block Huawei's 5G system. What are the likely consequences? China academic Xu Hongbo examines the issue.
Read more 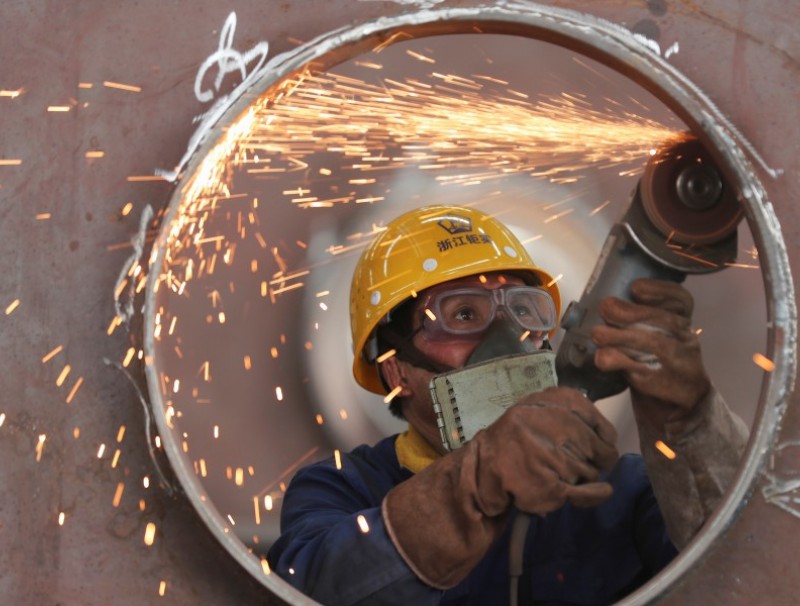 Candice Chan - 14 July 2020
With Covid-19 uncertainty and downturns pummelling its export-dependent economy, China’s leaders are trying to steer companies towards the domestic market instead. This may seem like a case of putting old wine in a new bottle, as China has tried this route before. Significant challenges are proving yet again that achieving export sales domestically is no mean feat. Can export-driven companies brave the storm while they reinvent themselves and recover?
Read more

Candice Chan - 14 July 2020
Factionalism within the LDP has cast the spotlight on the prospect of Japan cancelling a state visit by Chinese President Xi Jinping to Japan that was postponed earlier in the year. Japanese academic Shin Kawashima rationalises that such requests are not a unified LDP view, much less a government one. With a general election coming up in Japan, Sino-Japanese relations will no doubt continue to be part of the shadow play, but there being no smoke without fire, the deterioration of Sino-Japanese relations cannot be underestimated as well.
Read more

Candice Chan - 8 July 2020
China’s gaokao began yesterday, with millions of students taking this national university entrance exam (gaokao). One phenomenon that got Zaobao correspondent Yang Danxu curious was students wearing purple underwear to the exams. She examines this and other superstitions that give students a mental boost in the exam, and says that the gaokao needs to remain fair.
Read more
Translated by Candice Chan on 3 December 2019

Before Hong Kong was returned to China in 1997, Hong Kongers jokingly referred to the Queen as “Boss Lady” (事头婆, si taw po in Cantonese), and the mainland China government as “Grandpa” (阿爷, A Ye in Cantonese).

It is easy to see why. Boss Lady shows the superior-subordinate relationship with zero blood ties between Hong Kong and the UK. On the other hand, Grandpa commands respect and fear, but in the end, it is still Grandpa. When Grandpa speaks, everyone listens and obeys.

The fact that young Hong Kongers are no longer calling mainland China “Grandpa” also shows that Beijing is losing its authority.

However, with the deepening conflict between mainland China and Hong Kong, more Hong Kongers are becoming unhappy with Grandpa Beijing. The anti-extradition bill protests that began in early June is gradually shaping an entity that is drifting away from Grandpa and wants to rid itself of China’s influence.

Looking at recent protest gatherings, many young Hong Kongers are no longer talking about Grandpa, but the political authority of the Chinese Communist Party (CCP). They see the Chinese government as the greatest enemy of democracy, rule of law, human rights, and freedom in Hong Kong, and criticise the Hong Kong government as puppets.

The fact that young Hong Kongers are no longer calling mainland China “Grandpa” also shows that Beijing is losing its authority.

Douglas McGregor’s “hot stove rule” management principle says that when an employee breaches the rules at work, they have to feel the “burn” of discipline, just like touching a hot stove. Beijing’s slipping authority in Hong Kong has much to do with its inability to effectively enforce the four principles of the hot stove rule over the past six months of protests.

Beijing has made stern statements that it will not allow any threats to national security and sovereignty, or allow anyone to test the limits of the central government. The problem is, these warnings are generally just lip service.

First, the discipline has to be served with a warning, which means setting clear boundaries that everyone knows not to cross, otherwise they will be burned. Since the protests began, Beijing has made stern statements that it will not allow any threats to national security and sovereignty, or allow anyone to test the limits of the central government. The problem is, these warnings are generally just lip service.

Similar examples abound. In early September, the CCP Central Political and Legal Affairs Commission published an essay stressing that violence on the streets would not achieve anything, adding that there would be a “day of reckoning” for the protesters. Three months later, there has been no heavy sentence for any protester.

Then there was the high-profile press conference held by the Hong Kong and Macau Affairs Office of the Chinese State Council, which took a hard stance against the protesters in denouncing the protests in Hong Kong. But the very next day, Hong Kong chief executive Carrie Lam announced the retraction of the amendment bill, reducing Beijing’s harsh words to a joke.

Second, the discipline has to be immediate. Touch the hot stove and the burn comes right away. Ironically, apart from the Civil Aviation Administration of China removing Cathay Pacific staff who were against the amendments, the other ministries in mainland China have been dragging their feet over the past six months, without taking any major action against the Hong Kong protesters.

Third, the discipline has to be consistent. The hot stove has to deliver; it cannot be just there for show to frighten people. Two years ago, Beijing suddenly disqualified many radical Hong Kong politicians from running for office, effectively blocking the rise of a Hong Kong independence movement. But on the eve of the recent district council elections, for some reason, Beijing and the Hong Kong government went soft and allowed many candidates with pro-independence tendencies to run in the elections.

As a result, Beijing appeared indecisive and hesitant in its stand towards the Hong Kong radicals. Besides letting the disqualification system become a game and inconsequential accessory, it lost credibility in the eyes of many Hong Kongers.

And so, when the Chinese government announced on 2 December that it had suspended visits by US Navy ships and aircraft to Hong Kong and levelled sanctions against non-governmental organisations such as the National Endowment for Democracy, the National Democratic Institute for International Affairs, and Human Rights Watch, many in Hong Kong’s internet community laughed that Beijing would probably not follow through.

Fourth, the discipline has to be impersonal. No matter who touches the hot stove, they will get burned. Surprisingly, in this whole storm, the “upper echelons” of the system have not been punished. From the ministries and departments in Beijing that are in charge of Hong Kong to the Hong Kong government, they have repeatedly misread the situation, but until now, no senior official has been held responsible for the incident or been asked to step down. Once the law is ignored, of course, nobody will be convinced.

Following Beijing’s heavy defeat in Hong Kong’s district council elections, it has been licking its wounds and wants to learn from its failure. Apart from allowing Hong Kong a certain amount of political leeway, perhaps the authorities also need to develop a good punishment system, and rebuild its image of a “Grandpa” with authority.