Cultural historian Cheng Pei-kai recalls his visit to Istanbul’s Topkapı Palace Museum some years ago where precious pieces of Chinese blue and white porcelain from the Yuan, Ming and Qing dynasties are housed. It was then that he understood why his scholar friends were adamant that a visit there was a pilgrimage to blue and white porcelain mecca. 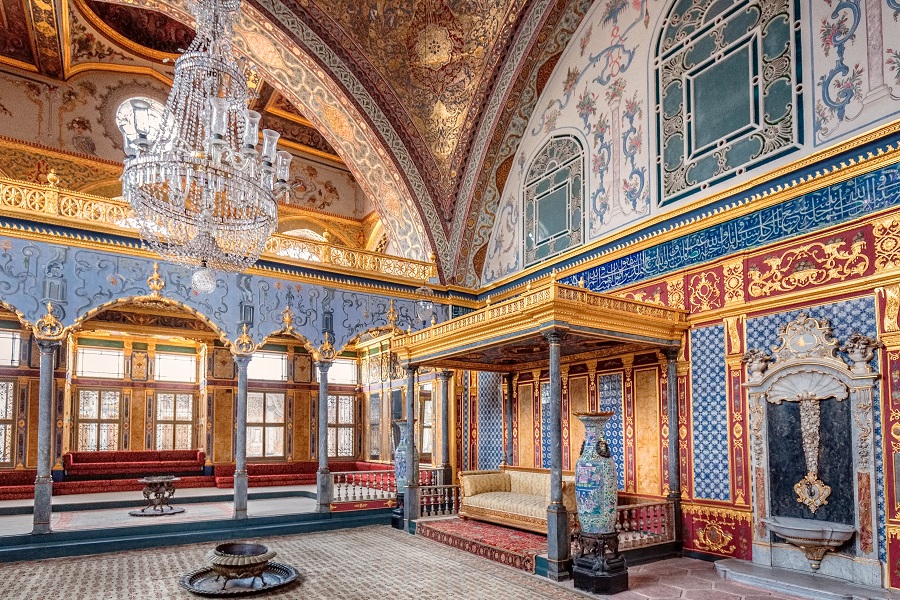 Grace Chong - 7 July 2022
Discrimination against those who have had Covid-19 doesn’t only happen among neighbours and friends, but at the workplace and between localities too, says Zaobao correspondent Chen Jing. This discrimination is based on irrational fear and stems from China’s tight zero-Covid measures.
Read more Grace Chong - 5 July 2022
The Covid-19 pandemic has badly hit the Chinese economy, with ordinary folk bearing the brunt of the impact. Migrant workers and rural farmers have had to pivot to other fields to make ends meet, and even then the outlook is still grim. Can the authorities safeguard its efforts in poverty alleviation and rural revitalisation? Zaobao journalists Miao Zong-Han and Zeng Shi look into the issue.
Read more Singaporean in China: The Chinese netizens speaking up for their fellow men

Grace Chong - 5 July 2022
Chinese netizens may get things wrong or even be out of line sometimes, but it is also their persistence in speaking up on Chinese social media that has got the authorities on their toes. At the very least, their willingness to make a stand shows they have a certain faith and hope in their fellow countrymen and their government to effect change.
Read more

Grace Chong - 5 July 2022
Cambodia is one of Southeast Asia’s fastest growing economies, but it has also become a hotbed of Chinese telecoms and online scams targeted at mainland Chinese in recent years. Most of the scam rings based in Sihanoukville recruit mainland Chinese, but have also started to bring in Chinese from Southeast Asia and Taiwan. Once duped into joining their firms, these workers are trapped and forced to work as online scammers. Lianhe Zaobao journalist Daryl Lim visited Sihanoukville in May to get a better picture.
Read more
Translated by Grace Chong on 3 August 2022

They spoke so seriously, as if Istanbul was a holy land to them, like Jerusalem is to Christians or Mecca to the Muslims, and as if their life’s work would have been in vain if they did not make the pilgrimage.

My friends’ faces contort in despair whenever they talk about this, until their frowns almost resemble blue and white porcelain patterns. I usually remind them that the museum published three major illustrated books on the topic and they can always leaf through the pages at the library. Perhaps this could make up for their dismay at not being able to travel to the other side of the world? No, they would reply, insisting that they had to see these treasures with their own eyes or they would not die in peace. They spoke so seriously, as if Istanbul was a holy land to them, like Jerusalem is to Christians or Mecca to the Muslims, and as if their life’s work would have been in vain if they did not make the pilgrimage.

A few years ago, when I was in Istanbul for a meeting, I had the opportunity to venture to the northeast corner of the historic city when my work was done. Hidden behind the Hagia Sophia Grand Mosque and well nestled within pale red palace walls is the Topkapı Palace Museum. When Mehmed the Conqueror defeated the Eastern Roman Empire in 1453 and captured Constantinople, he chose to build the royal palace in this magnificent place. While Yuan and Ming dynasty blue and white porcelain landed in this forbidden palace by chance, one could say that it was also historically inevitable.

The Topkapı Palace is like Beiijing’s Forbidden City and Summer Palace in one, being imposing and playful all at once...

Compared with Beijing’s Forbidden City, the Topkapı Palace is much more scenic. From its cliff perch, one would have had a clear view of the Bosphorus and the empire’s Asian territories. From another direction, one could spy the Golden Horn, Istanbul’s major waterway, and the city bustling with life — its people going about their business in the hectic free world outside the palace gates amid the prayer chants emanating from the mosque.

The Topkapı Palace is like Beiijing’s Forbidden City and Summer Palace in one, being imposing and playful all at once, only that the land area is about two or three times smaller. The Topkapı Palace is also about a century younger than the Forbidden City and did not experience a change in dynasties, thus it does not bear traces like the former does, of earth-shattering changes experienced during the transition from Ming to Qing.

But the history of the palace is no less storied with vignettes of royal family feuds and the joys and sorrows of beauties in the royal harem. Add to that the trials and tribulations of black eunuchs, white female slaves, the significance of face veils, fez (felt hats with tassels attached), jewel-encrusted şalvar (baggy trousers), and the beauty of the colourful tiles adorning the marble-pillared palace, visitors are easily captivated by the mysterious palace and would not want to leave.

... the pieces were displayed together with regular stoves and cookware in the Imperial Kitchen section, which runs counter to the Chinese reverence for porcelain used exclusively by the royal family.

A rare sight of blue and white porcelain

I visited Topkapı Palace with a clear goal and made a dash for the Yuan and Ming dynasty blue and white porcelain collection. Interestingly, the pieces were displayed together with regular stoves and cookware in the Imperial Kitchen section, which runs counter to the Chinese reverence for porcelain used exclusively by the royal family.

But thinking about it, the attitude of the Turkish people is indeed more logical and in line with historical facts. After all, while these blue and white porcelain plates and bowls are indeed priceless, prominently placed in museums, and can fetch US$30 million apiece at auctions, they were used by the royal family for their daily meals back in the day and were indeed managed by the imperial kitchen.

Looking at the beautiful Yuan and Ming dynasty blue and white porcelain collection before me, I started thinking about the arduous journey that merchant seamen had taken back then. They had to sail across the seas and pass through the coast of Fujian and Guangdong from Jiangxi’s Jingdezhen, bypass the Straits of Malacca, enter the Indian Ocean, cross the Persian Gulf, reach Egypt, and then cross the Mediterranean Sea before finally arriving in Istanbul. I started to understand why my friends wanted to make the pilgrimage themselves…

Related: Exploring Dehua porcelain and Anxi tea with a Dutchman | A bowl of Suzhou noodles named by Emperor Qianlong | Suzhou Museum: Why I.M. Pei failed to learn the lessons of the ancient Chinese | Suzhou’s way to the Emperor’s heart