Three of China’s major airlines have announced plans to purchase about 300 aircrafts from Europe’s Airbus, much to the chagrin of the US’s Boeing. Zaobao correspondent Yu Zeyuan discusses the reasons behind the move and what this might portend. 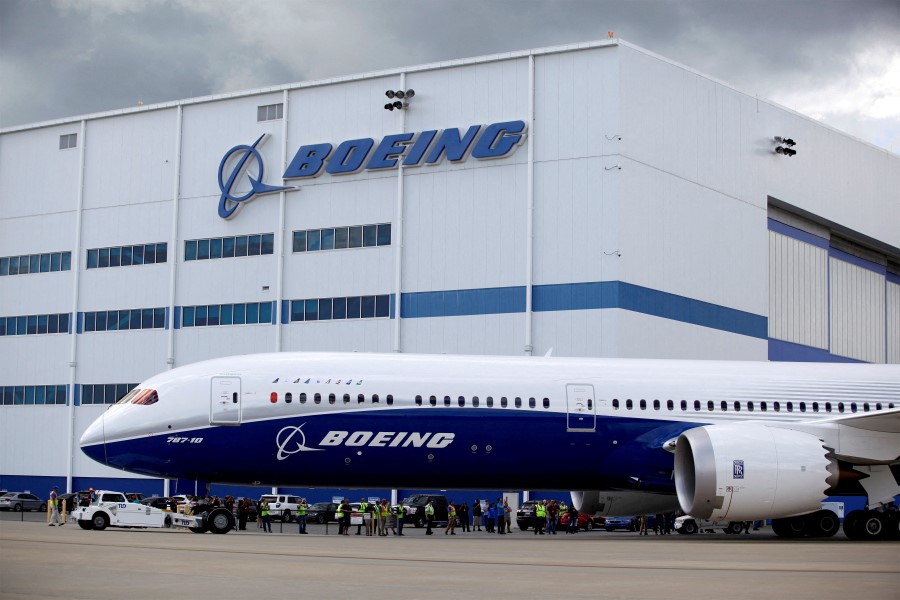 Candice Chan - 30 January 2023
A mall in Shenzhen came under fire for putting up white lanterns with black text as part of its Chinese New Year decorations, while an “ugly” rabbit-shaped light decoration was removed from another mall in Chongqing. Academic Zhang Tiankan muses on tradition and innovation, and the evolution of traditional decorations.
Read more
Translated by Candice Chan on 4 July 2022

Boeing released a statement expressing its “disappointment”, stating that “as a top US exporter with a 50-year relationship with China’s aviation industry, it is disappointing that geopolitical differences continue to constrain US aircraft exports”.

The company also called for productive dialogue between the governments so as to continue to secure the mutual economic benefits of a thriving aviation industry, saying that “Boeing aircraft sales to China historically support tens of thousands of American jobs, and we are hopeful orders and deliveries will resume promptly”.

Clearly, Boeing does not want to lose its bite of the huge Chinese market.

Boeing has good reason to be disappointed and anxious. In the past, China used to be seen as Boeing’s “patron”.

Once a ‘sky bridge’

Boeing has good reason to be disappointed and anxious. In the past, China used to be seen as Boeing’s “patron”. In the early days of China’s reform and opening up policy, Boeing enjoyed good relations with China’s top leaders and was even hailed as a “sky bridge” between the two nations.

During his visit to the US in early 1979, Deng Xiaoping, the chief architect of China’s reform and opening up, toured Boeing’s headquarters and Boeing 747 assembly plant in Seattle. In 1980, Boeing delivered its first aircraft to China and set up offices in the country, becoming a main player in China’s air passenger and cargo system.

In November 1993, Chinese President Jiang Zemin toured one of Boeing’s civilian aircraft plants in Seattle on the sidelines of the first informal APEC leadership meeting. During another visit by Jiang to the US in October 1997, China ordered 50 Boeing jets, a deal valued at US$3 billion.

In April 2006, Seattle was the first stop for Chinese President Hu Jintao on his US trip, visiting Boeing’s main plant located north of Seattle.

During the welcome event with Boeing staff, Hu said that the rapid growth of China’s economy and the improvement of its people’s lives would build broader prospects for China-US economic cooperation, as well as cooperation between China and US companies, including Boeing.

In January 2011, during another visit by Hu to the US, China signed a US$19 billion agreement to purchase 200 Boeing passenger aircrafts.

Chinese President Xi Jinping visited Boeing’s assembly line during his visit to the US in September 2015 and was given a Boeing jacket. In a speech at Boeing’s factory, Xi recalled that when he was Xiamen’s vice-mayor in 1985, “Xiamen Airlines and the Xiamen Airport had to be developed with international loans, and the airline had only a few aircrafts” in the initial stage.

Another reason for Boeing’s woes in China is the US’s continued arms deals with Taiwan.

He continued, “Now, after 30 years of development, Xiamen Airlines has the world’s most advanced Boeing 787 planes. This is the epitome of China’s civil aviation development.” He believed that China’s aviation industry and Boeing would “fly side by side and develop together”. During that visit, China made a massive order of 300 Boeing aircrafts.

China’s preference for Boeing aircrafts stemmed from Boeing being one of the world’s largest passenger aircraft manufacturers whose product and service quality was assured. Also, in the first 40 years of China’s reform and opening up, bilateral economic and trade relations were generally stable despite the occasional ups and downs.

Furthermore, as a major lobbyist in US politics, Boeing was naturally valued by China’s leaders, which in turn resulted in Chinese airlines being its biggest customers.

However, following the start of the China-US trade war in 2018, the US has been preoccupied with containing China and bilateral ties were impacted on all fronts. At the same time, Boeing's reputation was badly hit following two crashes involving its Boeing 737 MAX in 2018 and 2019. China was the first country to ground the aircraft model.

Another reason for Boeing’s woes in China is the US’s continued arms deals with Taiwan. In October 2020, the US Department of State approved a US$1.8 billion arms sale to Taiwan, which included Boeing-made Harpoon Coastal Defence Systems. As a result, Boeing’s defence unit was placed on China’s list of blacklisted US military enterprises. Apart from the Harpoon anti-ship missile systems, the Taiwan military’s AH-64 Apache attack helicopter and CH-47 Chinook transport helicopter are Boeing products as well.

In fact, China and the US have been sanctioning each other’s military enterprises, and companies such as Boeing were among the casualties.

In fact, China and the US have been sanctioning each other’s military enterprises, and companies such as Boeing were among the casualties.

Meanwhile, Airbus is taking advantage of Boeing’s setback in the market to increase its business cooperation with China. In 2019, Airbus and China signed the Memorandum of Understanding on the Further Development of Industrial Cooperation, pledging to take practical and effective measures for new initiatives for Airbus’s single-aisle and wide-body aircrafts.

In October 2020, the company delivered its 500th A320 family aircraft from its final assembly line in Tianjin.

It is apparent that both product quality and geopolitics have a role to play in the fortunes of Airbus and Boeing in China. While China stressed that it was essentially a commercial decision, the fact that one of the world's most significant aviation markets with the largest potential favours Airbus represents a notable setback for Boeing.

To regain China as its major customer, Boeing has to gain trust by providing quality products on the one hand and discourage the decoupling of Chinese and US economies on the other.

After all, while it may be expedient for politicians to push for decoupling, it would be a nightmare for the commercial world.