Recent news of a large-scale housing project acquisition by a state-owned enterprise (SOE) has gained widespread attention. While some are welcoming the government’s efforts to revive the sluggish property market, others are wary of profiteering and corruption opportunities. Zaobao correspondent Chen Jing takes a look at the implications of the SOE’s move and whether China’s property market will finally look up. Grace Chong - 13 September 2022
As the 20th Party Congress approaches, key reshuffles of theatre command leaders have taken place, with the post-60s generation becoming the backbone of the PLA’s senior military generals. Zaobao correspondent Yu Zeyuan takes us through the key military leaders, and who will be part of the Central Committee of the CCP.
Read more 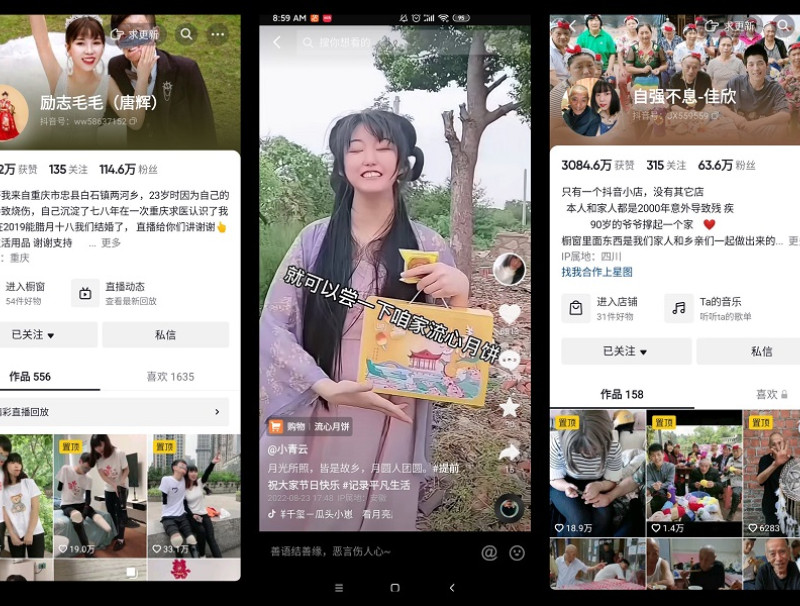 Singaporean in China: China's poor no longer beg, they livestream

Grace Chong - 12 September 2022
Former journalist Jessie Tan muses over the phenomenon of those in need transitioning from begging on the streets to selling goods on Douyin. While the poor or disabled have been given a more dignified and effective source of income, this is just one aspect of the good that comes with social media and technology.
Read more

[Future of China] China's economy now and in the future

Grace Chong - 12 September 2022
Amid the difficulties in analysing and forecasting macroeconomic conditions, economist Chen Kang likens their changes to a unique game of tug of war between the bulls and the bears — in which economic reforms, policies and outcomes are interpreted differently among the players, and the current outcome encapsulates the people’s aggregate response. However, the big question is whether China will press on with economic reforms despite all the challenges. This is the third in a five-part series of articles on the future of China.
Read more Grace Chong - 9 September 2022
The rapid rise of “the cosmos club” has paralleled China's rising aspiration to take on a prominent role in the international “space club”. Li Cheng, director of the John L. Thornton China Center of the Brookings Institution, takes a closer look at the career paths and institutional associations of emerging rocket scientists in China’s national and provincial leadership.
Read more [State of our world] China’s future in a politicised world

Grace Chong - 9 September 2022
As the world rapidly shifts from an economic one to a highly political one, competition will no longer be about who wins more but about who loses less. In the shift from a win-win to a zero-sum game, China is torn as it strives to get closer to the developed world yet seeks to maintain a distance from the third world and Russia. In navigating these troubled waters, three critical developments — relations with Russia, Taiwan, and decoupling from the West — may alter the fate of China. This is the last in a series of four articles contemplating a changing world order.
Read more
Translated by Grace Chong on 15 September 2022

China’s property sector has entered the traditional “Golden September and Silver October” period (金九银十, a peak season for property consumption and investment in China), with the first hint of good news coming from a state-owned enterprise (SOE).

On 5 September, it was announced that the SOE Jinan Urban Development Group will purchase 3,000 units of commercial housing for use as rental housing. The announcement was made on the website of the State-owned Assets Supervision and Administration Commission of the State Council (SASAC) of Shandong’s Jinan city. Funded by self-raised funds, the initiative is led by the municipal party committee and the municipal government.

While officials did not disclose the cost of the purchase, it is estimated to be around 4 billion RMB (US$574 million) based on the average urban housing size and price of new homes in Jinan.

This large-scale acquisition immediately attracted widespread attention, and “Jinan SOE will buy 3,000 homes” became a trending topic on Weibo. On 8 September, the statement was removed from the official website of Jinan’s SASAC, but it could still be found on the official tendering platform. Officials from the SOE have also confirmed that the bidding process is underway.

...new home sales by China’s top 100 developers have continually declined for 14 consecutive months, with sales in the first eight months of the year plunging 47.4% year-on-year.

China’s SOEs are buying properties amid the excess of inventory in the housing market due to sluggish home sales. Despite local government efforts to loosen property policies, such as relaxing purchase restrictions and lowering the down payment requirement, data from the Jinan statistics bureau show that the city’s residential sales fell 32.5% year-on-year in the first seven months of the year in terms of area, while the residential area available for sale increased by 31.2% year-on-year.

Jinan’s sluggish property sales is just the tip of the iceberg amid China’s property slump this year. Data from real estate consultancy firm CRIC (克而瑞) show that new home sales by China’s top 100 developers have continually declined for 14 consecutive months, with sales in the first eight months of the year plunging 47.4% year-on-year.

In a rare move during the July Politburo meeting, Chinese officials prioritised the need to stabilise the real estate sector instead of emphasising "houses are for living in and not for speculation", demonstrating the urgency of resolving the current property crisis.

Various local governments have also introduced at least 70 property easing measures over the past two and a half months to alleviate the situation. Furthermore, the People’s Bank of China has cut its loan prime rates (LPR) three times this year, with the latest round of cuts in August seeing a higher-than-expected slashing of its five-year LPR, which is the reference rate for mortgages. Clearly, officials are determined to reverse the property crash as soon as possible.

However, the housing market remained bleak. This month, the sales of commercial housing in terms of area in 30 mid- and large-sized cities fell around 20% year-on-year. This comes as no surprise as the grim economic and employment situation has weakened residents’ purchasing power. The “rotten-tail” (unfinished) buildings mortgage strike that erupted recently also dealt a blow to homebuyer confidence. Interest rate cuts and the easing of purchasing restrictions have done little to boost sales, let alone tackle the root of the problem.

...excessive government intervention has impaired the self-regulating ability of the property market, which also explains why the regulatory policies introduced last year to stimulate the housing market and restore market liquidity have been ineffective.

The intervention of SOEs at a time when various easing measures have proven ineffective has earned the praise of some industry insiders. Some analysts believe that the SOE’s acquisition plan kills two birds with one stone as it will not only reduce excess housing inventory and ease the liquidity pressure of real estate companies, but also build the rental housing market for the future, particularly in ensuring the supply of affordable rental housing.

Bo Wenxi, chief economist at wealth management firm IPG China, pointed out in an article that during the rapid development of China’s property market, local governments accumulated wealth via land sales, while the central government had a hand in the property market through SOEs, quickly pushing up land and housing prices. This significantly reduced the industry’s market space and hindered innovation.

Land policies under China’s top-down governance model, and the industry’s high-leverage financing and high-turnover operation model, have contributed to the widespread phenomenon of unfinished buildings, evaporating liquidity, and loss of market confidence.

Bo believes that excessive government intervention has impaired the self-regulating ability of the property market, which also explains why the regulatory policies introduced last year to stimulate the housing market and restore market liquidity have been ineffective. Since the current predicament of the property market is largely the result of improper industrial policy and inappropriate regulation, Bo asserts that it is time for the "visible hand" to directly intervene and clean up the mess.

...others worry about the undesirable consequences of the SOEs’ “bottom-fishing” behaviour, questioning the legality and compliance of the source of acquisition funds; the openness and transparency of the bidding process; and whether the purchased houses will really be used for affordable rental housing...

Prior to the SOE’s intervention to help save the property market in Jinan, in mid-August Zhejiang’s Huzhou also encouraged SOEs to purchase apartments from struggling real estate developers to use as public housing and resettlement homes (for residents whose homes have been demolished) as part of local measures to stabilise the property market. People are now calling for other local governments to follow suit.

However, others worry about the undesirable consequences of the SOEs’ “bottom-fishing” behaviour, questioning the legality and compliance of the source of acquisition funds; the openness and transparency of the bidding process; and whether the purchased houses will really be used for affordable rental housing or for arbitrage once the market improves.

Also, as local finances have already been stretched thin due to the decrease in land sales revenue and the huge increase in healthcare spending amid the pandemic, it is uncertain how much left is available to save the housing market.

At a time when the housing market is under pressure from both supply and demand factors, the intervention of SOEs helps to stabilise housing prices, revitalise the market and create liquidity more efficiently. But if there is a lack of supervision in any part of the process, the rescue mission could turn into a profiteering channel or a corruption hotbed. An overreliance on this approach could revert the housing market to the distorted phase where SOEs dominated the market and competed with the people for profits.

The Chinese Communist Party’s 20th Party Congress will convene next month, and the Chinese economy is left with less than four months to overcome great difficulties and turn the tables this year. Amid growing political and economic pressure, stabilising the housing market and preventing its collapse has become the top priority of local governments.

From guarantees of housing deliveries to homebuyers in Henan’s Zhengzhou, to housing acquisition plans in Jinan, such measures show the government’s deep involvement in stabilising the property market. But when it comes to the long-term sustainable development of the property market, apart from focusing on whether SOEs have the ability to save the market, we should also think about whether such intervention is necessary and how it should be carried out.

Related: Can China achieve a soft landing for its housing market? | How China’s housing market landed in the deep freeze | Why China is regulating the property market | Bartering garlic for homes: China’s uphill fight to revive the real estate market | Property conundrum: Chinese society disagrees over how much property prices should fall 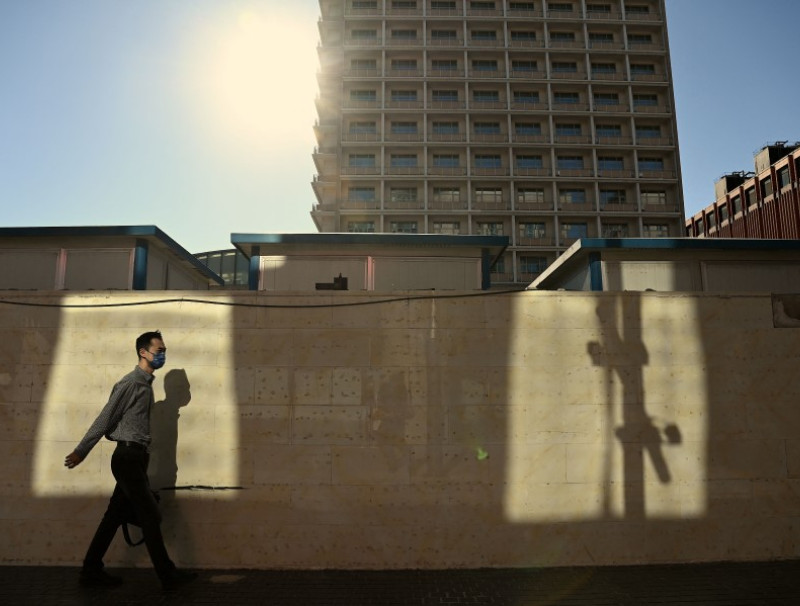