With just weeks left before the Chinese Communist Party (CCP)’s 20th Party Congress, officials are now faced with stricter performance requirements to curb laziness, incompetence and other characteristics that have been deemed “unfitting” for a leading cadre. Zaobao correspondent Yang Danxu tells us more about how the new regulations would impact officials and the CCP leadership. Chinese soldiers walk near the entrance of the Forbidden City in Beijing, China, on 20 September 2022. (Noel Celis/AFP) Huawei founder: Global economic outlook will be grim for next few years

Grace Chong - 26 August 2022
In a recent internal memo, Huawei founder Ren Zhengfei did not beat around the bush in warning of the dire global economic situation. Zaobao associate editor Han Yong Hong notes that Ren is merely being candid about what has already been iterated by heads of states and economic experts. Amid a war in Europe, supply chain disruptions, geopolitical tensions and domestic economic troubles, can China hope for a recovery in the foreseeable future?
Read more 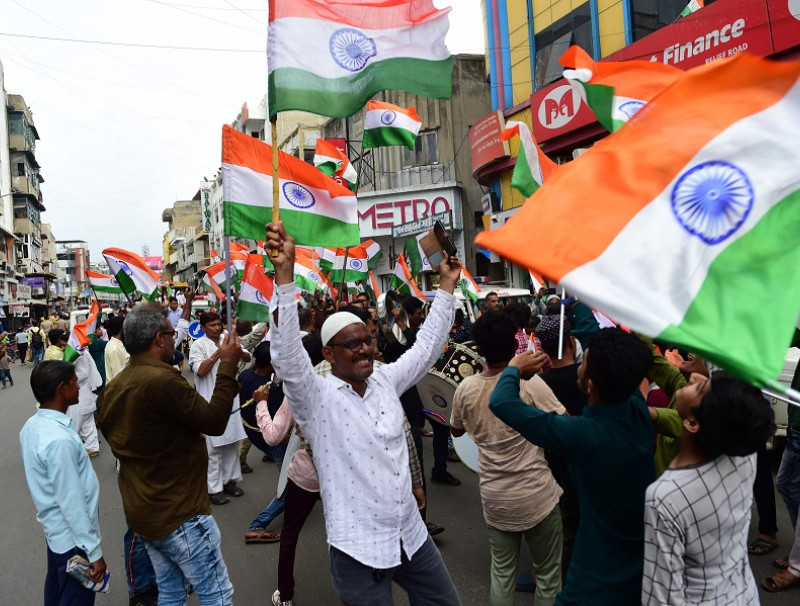 Grace Chong - 25 August 2022
Beijing is keen that Delhi should express support for PRC’s territorial sovereignty over Taiwan. For India, though, the unresolved Sino-Indian boundary dispute and their ongoing military standoff force a reality check in this relationship. In the absence of a Chinese reciprocal one-India policy, Delhi is messaging that while it will not bandwagon with pro-Taiwan forces, a new template of Sino-Indian ties is required.
Read more

Grace Chong - 25 August 2022
Political commentator Jin Jian Guo believes that the semiconductor Great Leap Forward pushed by the Chinese authorities could have the same devastating effects as the Great Leap Forward of the past. In an industry that is globally interconnected, persisting with the impossible endeavour of becoming fully self-reliant would only result in further instances of failing to learn from history.
Read more Grace Chong - 25 August 2022
Private collector Yeo Khee Lim (1917-1998) amassed one of the earliest and most comprehensive collections of late 19th-20th century Chinese art since he started collecting them in the 1940s and 50s. The stories in the collection — of literati painters, the Shanghai School, the Lingnan School, the Teochews and the Nanyang painters who passed through and lived on our shores — have been told before in exhibitions put up by Yeo himself and later by the National Gallery and others. But in a recent NTU conference on the life of Yeo Khee Lim, the importance of the prized collection comes back to the fore.
Read more
Translated by Grace Chong on 22 September 2022

With the Chinese Communist Party (CCP)’s 20th Party Congress fast approaching, the General Office of the CCP’s Central Committee released a document detailing the regulations for promoting and demoting leading cadres so as to improve its mechanism (《推进领导干部能上能下规定》).

While the document mentioned both the promotion and demotion, the focus is clearly on demotion.

The 3,000-word document specifies 15 characteristics that deem cadres “unfit” for their positions, including political incompetence; weak ideals, beliefs and fighting spirit; distorted view of political achievements; violation of the CCP’s principle of democratic centralism; weak organisational concept and leadership skills; lacking in professionalism and responsibility; non-compliance with decisions or inadequate and imprudent decision-making procedures; and laziness and improper behaviour.

In addition, cadres are also deemed unfit for their positions if they have spouses or children living abroad or are running businesses; if they have been deemed incompetent or appraised as having only achieved basic competence for two consecutive years; or if they have received less than two-thirds of the votes for outstanding and competent performance during the democratic appraisal process (where cadres are appraised by superiors, co-workers and work contacts).

On the operational level, the document also provides a standard operating procedure for adjusting the positions of the “unfit” cadres. This involves assessment and verification, recommending a proposal for action, making an organisational decision, conducting interviews, and adjusting appointments or applying dismissal procedures in accordance with relevant provisions.

Akin to the way appraisals are done in the private sector, there would be consequences for cadres deemed unfit. They could be moved laterally or into the civil service (i.e., no longer in the leading cadre tier), dismissed, or demoted and asked to retire early. Appeals or complaints could also be filed if there are any grievances.

The regulations stipulate that the party committee, led by the party secretary, holds the main responsibility for the promotion and demotion of leading cadres. During the process, the cadres are not to seek favours to manipulate the outcome, pick and choose between punishments such as evading a demotion with party and administrative disciplinary actions or vice versa, or seek retaliation.

Apart from legal and disciplinary violations, few officials have had their positions adjusted due to being “unfit”.

After the 18th Party Congress in 2012, the CCP implemented a far-reaching anti-corruption campaign that exposed many corrupt senior officials. This not only established the authority of the Central Commission for Discipline Inspection, but also put in place a set of anti-corruption mechanisms.

However, compared with the fight against corruption, not much has been done against lazy officials, inaction and misconduct. Apart from legal and disciplinary violations, few officials have had their positions adjusted due to being “unfit”.

Ensuring accountability for poor governance is not the norm for China’s officialdom. But in recent years, officials have been under greater scrutiny amid the high-pressure moves against corruption. As a result, many officials do little or nothing, and do not even strive to gain merit in order to avoid being faulted for mistakes.

A few years ago, CCP General Secretary Xi Jinping described these mediocre and lazy officials as “eating all day”, while Chinese Premier Li Keqiang criticised that holding one’s position without doing anything, along with laziness, is corruption.

... the CCP wants to create cadres who dare to take action and accountability; and more cadres will be transferred, taken to account, or asked to take early retirement if their performance is not up to standard.

Could the regulations be applied to CCP leadership?

To handle the longstanding problem of cadres only moving up but not down, in 2015 the Central Office released regulations whereby leading cadres can be promoted and demoted; in August this year, the Politburo Standing Committee amended the previous documents, and released a new version on 8 September.

The latest regulations explore the framework for the demotion of mediocre workers and removal of underperforming workers, marking an important step for the CCP in reforming the system. It also signals two things: the CCP wants to create cadres who dare to take action and accountability; and more cadres will be transferred, taken to account, or asked to take early retirement if their performance is not up to standard.

However, it remains to be seen how effective the regulations will be in managing laziness, inaction or indiscriminate action. If no mistakes are made, how would one define irresponsibility, poor leadership ability and dereliction of duty?

... its release less than a month before the 20th Party Congress has also sparked speculation about accelerated changes among higher-level CCP cadres.

In China’s officialdom where everything is about social connections (or guanxi 关系, strong networks of reciprocal relationships), it is not easy to break the habit of only going up and not down, and removing nonentities that contribute nothing. One netizen said, “Rules are good, as long as it doesn't become just lip service.”

The document says that the promotion and demotion regulations mainly apply to mid-level officials, but its release less than a month before the 20th Party Congress has also sparked speculation about accelerated changes among higher-level CCP cadres.

After the 19th Party Congress in 2017, state media Xinhua ran an article (《领航新时代的坚强领导集体——党的新一届中央领导机构产生纪实》) describing the criteria and process of leadership selection. The article stressed that CCP and national leadership is not an “iron seat” or “iron hat” — referring to a permanent position — one may not be renominated even if the age requirements are met. It is mostly based on political performance, integrity, and the needs of the job; one can stay or move, or go up or down.

There is an unwritten rule in the Politburo for members to stay on at 67 years old and take the back seat once they reach 68 years old. But at the 19th Party Congress five years ago, Li Yuanchao, Liu Qibao and Zhang Chunxian of the 18th Politburo did not remain as members even though they had not reached 68 years of age; Li Yuanchao did not even make it into the central committee.

Whether the changes in the CCP leadership would show the application of the regulations on promotion or demotion, whether any senior cadres will take a back seat before reaching the requisite age, or whether anyone will break the pattern and get promoted even after reaching 68 years old — all these will be revealed at the 20th Party Congress.