The viral posts of a woman chained by the neck in Feng county, Jiangsu province, have ignited public outcry. It is not just the plight of the mother of eight that has enraged netizens, but also the abhorrent handling of the case by local authorities and communities. Zaobao correspondent Chen Jing uncovers the hidden layers of injustice, gender imbalance and messy governance the incident has brought to light. 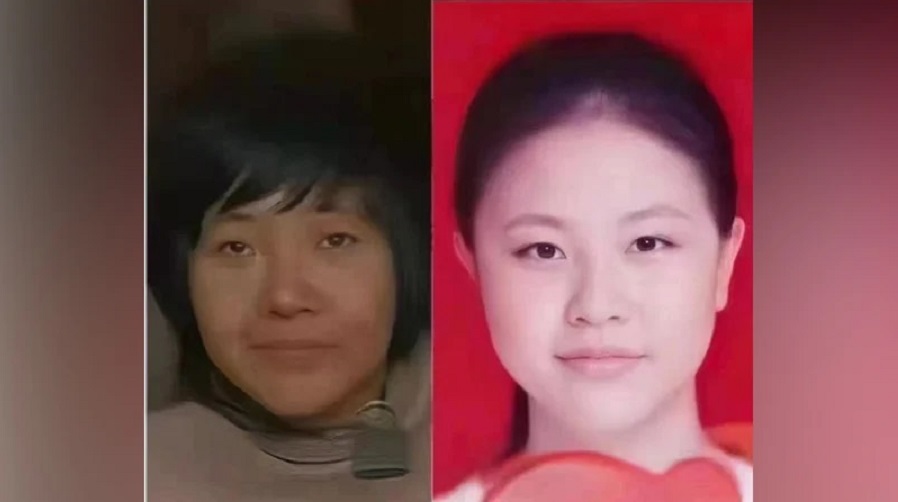 After making some comparisons, netizens believe that the chained woman (left) resembles Li Ying, a missing woman from Sichuan. (Internet)

Grace Chong - 21 June 2022
In pursuit of better working conditions, China's post-00s generation has gained a reputation for being newbies who are difficult to manage and who show their superiors little respect. While those who go to extremes may be in the minority and some admire their brave fight for workplace rights, ultimately, they may be putting their job prospects in jeopardy.
Read more
Translated by Grace Chong on 18 February 2022

The plight of a chained mother of eight in Feng county, Xuzhou, Jiangsu province, attracted widespread attention over the past two weeks, and was even more widely discussed by Chinese netizens than the Beijing Winter Olympics at one point.

However, the truth behind her predicament is still a mystery. After the fourth report issued by the local government was again overturned, netizens asked, “Just how bizarre a place is Feng county?”

It all began when grim footage of a woman shackled by her neck and locked up in a shed went viral on social media on the eve of Chinese New Year. It was later revealed that the woman’s husband, Dong Zhimin, had often bragged on social media that he has eight children. Angry netizens then called for an official investigation.

This case attracted so much attention not only because of the startling abuse of the chained woman, but because people were shocked and disappointed with how the local authorities and residents reacted to the case.

What it takes before a public outcry

Over the past two weeks, the authorities from Feng county and Xuzhou have released four statements of their investigations, but each with contradictory information.

They first said that the chained woman, surnamed Yang, suffered from mental illness but denied claims that she had been trafficked. But they later said that Yang was taken in by the Dong family when she was begging on the streets of Feng county.

In their third report, the authorities said that the woman’s name was “Xiaohuamei" (小花梅), and that she had gotten separated from a fellow villager, surnamed Sang, from Yunnan, when they came to Jiangsu to treat her mental illness.

By the time the fourth statement was released on 10 February, authorities finally confirmed that the woman was a victim of human trafficking and detained her husband Dong, as well as Sang, who was a suspected human trafficker.

Not only did these contradictory reports fail to quell public outrage, they raised even more questions and doubts about the case.

Two former investigative journalists cast doubt on whether Yang was indeed Xiaohuamei after they visited Yunnan. Based on the photo of a marriage certificate that went viral on 16 February, the appearance and age of Yang and the chained woman did not match, implying that the authorities’ latest statement might not be true.

Netizens were enraged by the fact that while local authorities were slipshod in their investigations, they spared no effort in preventing the escalation of public opinion. Numerous netizens who tried sharing related news claimed that their comments had been deleted by Weibo account “Xuzhou Tongcheng Hui" (徐州同城会). Some even received threatening messages and phone calls to remove related content.

At the same time, when two female volunteers wanted to visit the chained woman in Feng county earlier this month, not only did they fail to meet her, they were also detained by Feng county police on suspicion of “causing a public disturbance”. They are currently uncontactable.

As public outcry intensified, people gradually discovered other women who were abducted and sold to Feng county.

Besides Feng county officials being incompetent, the responses of local residents were also shocking. When the news of the chained mother broke, not only was Dong not arrested, some local renovation and wedding companies even invited him to appear in their advertisements.

The “Big V” (大V) Weibo account that had exposed the photo of the chained mother said that he had received a phone call from the victim’s eldest son asking to remove related photos and videos because they “violated his mother’s rights”.

As public outcry intensified, people gradually discovered other women who were abducted and sold to Feng county. Some were similarly chained up and held captive, but they were not discovered because their smaller family size did not catch public attention; others wanted a divorce because of domestic abuse, but was denied by a judge on the grounds of “keeping the family whole and happy”. Ironically, the judge that denied the divorce appeals was revealed to have written seven letters of guarantee to his own mistress, complete with a court stamp, promising to divorce his wife.

The abduction and sale of women has been going on for a long time in China, but the bizarre events in Feng county have shocked netizens. It reminded people that even if China has grown to be the world’s second largest economy, and even if Jiangsu is a province with the second highest GDP in China, such unsavoury incidents cannot be rooted out. And it would be even harder to do in the poorer regions.

...the case of the chained mother exposes the gender imbalance, legal flaws and messy governance not just in Feng county, but in China’s vast rural villages.

Even as China declares that extreme poverty has been eradicated and it is moving towards common prosperity, the case of the chained mother exposes the gender imbalance, legal flaws and messy governance not just in Feng county, but also in China’s vast rural villages. These stubborn issues will not be resolved overnight.

The road to revitalising villages is a long one. Besides improving the local economy,  it is also necessary to change longstanding feudal practices, improve grassroots management and establish the concept of rule of law. This is a necessary path for China towards becoming a modern socialist power and one that cannot be taken lightly.

The collusion in Feng county reminds one of the Beijing opera Escorted Prisoner Su San (《苏三起解》). The protagonist Su San is abducted and sold to a brothel as a child, and then sold again as a concubine to a merchant in Hongdong county, Shanxi. The merchant’s unfaithful wife poisons him and frames Su San, who confesses under duress from the corrupt county judiciary. She is sentenced to death, and while being escorted to Taiyuan to have her case reviewed, she laments that “there are no good people in Hongdong county”.

Nearly 600 years later, the tragedy of women being abducted, sold and humiliated with no recourse is still seen today.

Fortunately, Su San’s former lover has been promoted to Shanxi governor. He finds many doubts while reviewing the case, and ultimately unearths the truth to clear her name.

Su San’s story is set in the Ming dynasty. Nearly 600 years later, the tragedy of women being abducted, sold and humiliated with no recourse is still seen today.

A Weibo post calling for the central government to send an independent panel to Feng county to investigate the chains of human trafficking and their backers has been shared 430,000 times. Will the strong wave of public opinion bring justice for the women who have been abducted and sold, and prevent Feng county and other places from becoming the next Hongdong county?

Related: A question of human rights: Is China an aggressor and oppressor? | Persistent poverty and a weak middle class: China's fundamental challenge | Chinese researcher: This is how China gets rid of poverty | China is far from being affluent