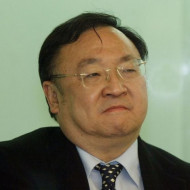 Chen I-hsin is Professor Emeritus with the Department of Diplomacy and International Relations at Tamkang University, Taiwan. He has previously held visiting research fellowships with the Japan External Trade Organization and The Australian National University, and received various research awards in Taiwan and overseas. His research interests are demography and migration. By Chen I-hsin 13 Jan 2022
Chen I-hsin asserts that the US is no longer in a position to facilitate cross-strait talks, given that China’s national strength has increased considerably and the US is no longer seen as a neutral arbiter. Moreover, the “two states” theory which Taiwan’s ruling party seems to support leaves little room for dialogue, rendering any pressure from the US futile. By Chen I-hsin 23 Dec 2021
As the ruling Democratic Progressive Party (DPP) wished, the four-question referendum held in Taiwan on 18 December — regarding the building of a third LNG plant near an algal reef, the restarting of the Fourth Nuclear Power Plant, pork imports, and timing of referendums — was not passed. However, they should not be too happy yet, says Chen I-hsin. Recent exposés on party members, not least on President Tsai Ing-wen herself, are draining support from the party. And though the KMT did not achieve enough “yes” votes in the referendums, if they learn from it, they could still make gains in upcoming elections.