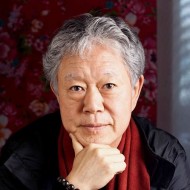 Chiang Hsun is a Taiwanese author and art historian. After graduating from Department of History and Graduate School of Arts of Chinese Culture University, he furthered his studies in arts in Paris. After returning to Taiwan in 1976, he was the chief editor of the Lion Art Monthly published in Taiwan. He also taught in Chinese Culture University, Fu Jen Catholic University, National Taiwan University, and Tamkang University. He has written poems, novels, and essays, and is author of Six Lectures About Loneliness. By Chiang Hsun 05 Jun 2020
Empress Wu Zetian of the Tang Dynasty presented her personal piece of clothing to Buddha as an offering. Taiwan art historian Chiang Hsun says this is a sign of that era's exuberance and confidence. Immersed in reverie, he admires his pot of gloxinias, which are as vibrant as the Empress's fiery red skirt.​ 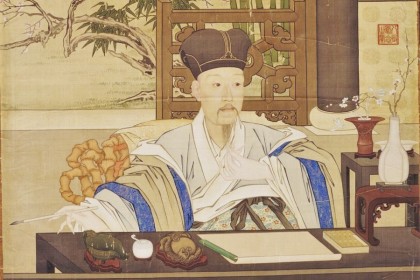 By Chiang Hsun 22 May 2020
Empress Wu Zetian (624-705 CE, China's only female emperor who ruled during the Tang dynasty) used 1000 copies of the Diamond Sutra and 1000 copies of the Lotus Sutra to pray for her mother when the latter passed away. In part four of his series of articles on calligraphy, Taiwanese art historian Chiang Hsun looks back at history and is grateful for the tool he has in hand to deliberate, act and to act deliberately. But what is it about holding an ink brush that makes it a rebellious act? Chiang Hsun: The freed poet in rainy spring, by the Yangtze

By Chiang Hsun 15 May 2020
Chiang Hsun writes about the third-best semi-cursive script by Song dynasty poet Su Shi in this third part of his series of articles on Chinese calligraphy. He reconstructs the circumstances of the calligrapher, who had just been released from prison and was sent to Huangzhou along the Yangtze river in a rainy spring. He muses that calligraphy is as truthful an artform as it gets. Its aesthetic qualities dictate that outpouring of emotions are captured in every brushstroke; the artist’s state of mind and the milieu of the times he depicts are laid bare for all to see. 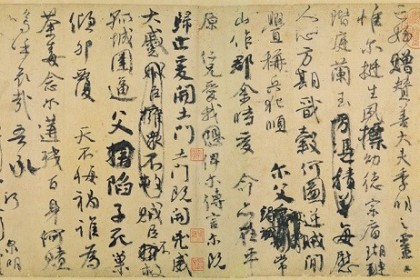 A eulogy, intimate memories and a flawed piece of calligraphy

By Chiang Hsun 01 May 2020
Father-son relationships in traditional Chinese culture tend to be distant. Perhaps that is why Chiang Hsun remembers calligraphy lessons with his father as one of the most intimate moments they have shared. He goes on to study revered calligraphic works which are part of Chinese history, and finds in them precious moments of humanity expressed through the ink brush. 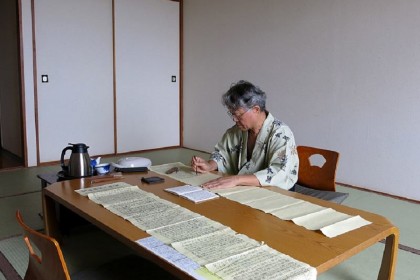 Picking up an ink brush amid the pandemic, what do I write?

By Chiang Hsun 21 Apr 2020
Chiang Hsun shares his memories learning calligraphy from his father, and muses that brush strokes on a page are more than beautiful reproductions of text — it is a living art form that, like a play or a film, has the power to move and even heal an audience. 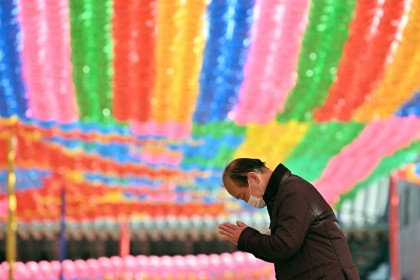 By Chiang Hsun 06 Apr 2020
Officials at the Taiwan district office have been calling quarantined individuals every day to check how they are doing. A beneficiary of such acts of duty and kindness, acclaimed Taiwan author and art historian Chiang Hsun feels immensely thankful. He reminds himself that no one should feel lucky facing the pandemic, and all this is but part of the pains and sorrows felt by all sentient beings under this universe.