Though in word it professes to never seek hegemony or bully smaller countries, in deed, China behaves unilaterally and flexes its economic and political muscles for dominance in the South China Sea, says Indian academic Amrita Jash. 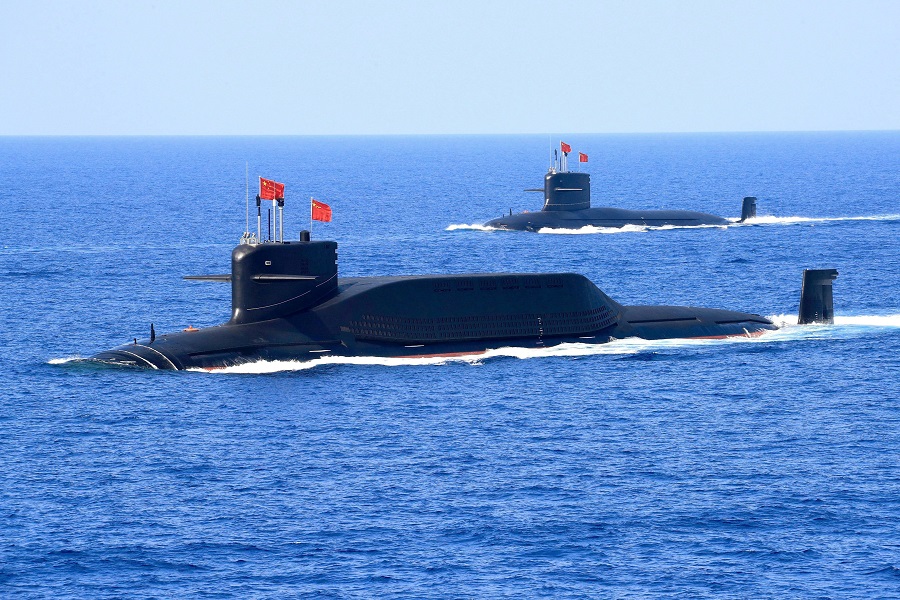 A nuclear-powered Type 094A Jin-class ballistic missile submarine of the Chinese People's Liberation Army (PLA) Navy is seen during a military display in the South China Sea, 12 April 2018. (Stringer/File Photo/Reuters) Grace Chong - 21 December 2021
Another internet furore has erupted, this time over a Shanghai college lecturer who was ratted out by her student and accused of being “spiritually Japanese” for questioning the death toll of the Nanjing Massacre. Are fears of a Cultural Revolution returning justified as people feel emboldened to tell on others without much thought?
Read more 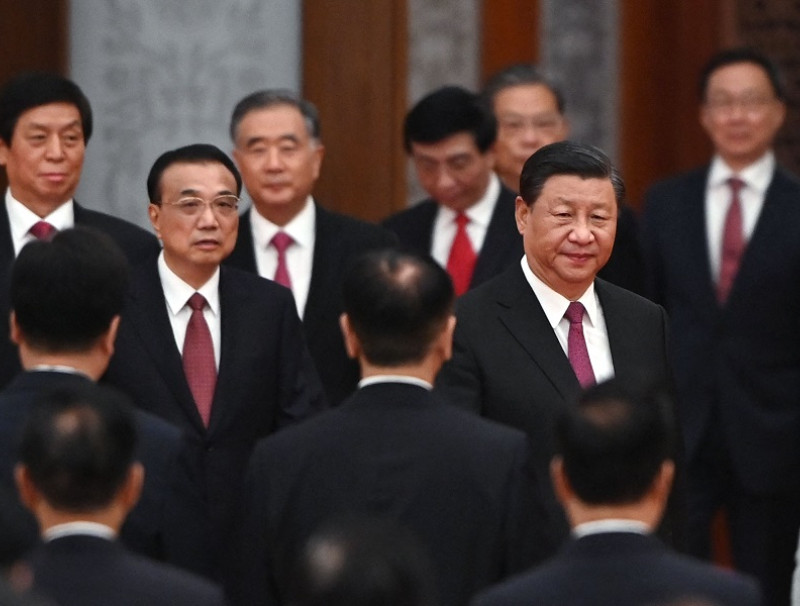 Who's who among the new CPC leadership: Enroute to CPC's 20th Party Congress

Grace Chong - 21 December 2021
The Communist Party of China’s 20th Party Congress will be convened next autumn, during which a new leadership team will be in place. Currently, the party committees of the 31 provinces, autonomous regions and municipalities are undergoing leadership overhauls and electing delegates to next year’s congress as well. What are some common traits of the stand-out new leaders?
Read more Grace Chong - 20 December 2021
Zheng Weibin notes Taiwan’s unperturbed response to Nicaragua switching its allegiance to Beijing, the eighth such reversal since President Tsai Ing-wen took office in 2008. In his analysis, the US in practice treats Taiwan differently, despite its purported adherence to the “one China” policy and is swaying others to do so. In light of such support, there is no need for Taiwan to chase after symbolic diplomatic recognition.
Read more Grace Chong - 20 December 2021
Cultural historian Cheng Pei-kai recalls with fondness Xiamen Street where he had stayed as a child, a thoroughfare with plenty to explore. Fishmongers deft with their knives, puppeteers recreating mammoth duels, pushcart hawkers with irresistible snacks, stationmasters holding fort at the train station — these characters made youngsters' lives outside the classroom full of colour and life.
Read more 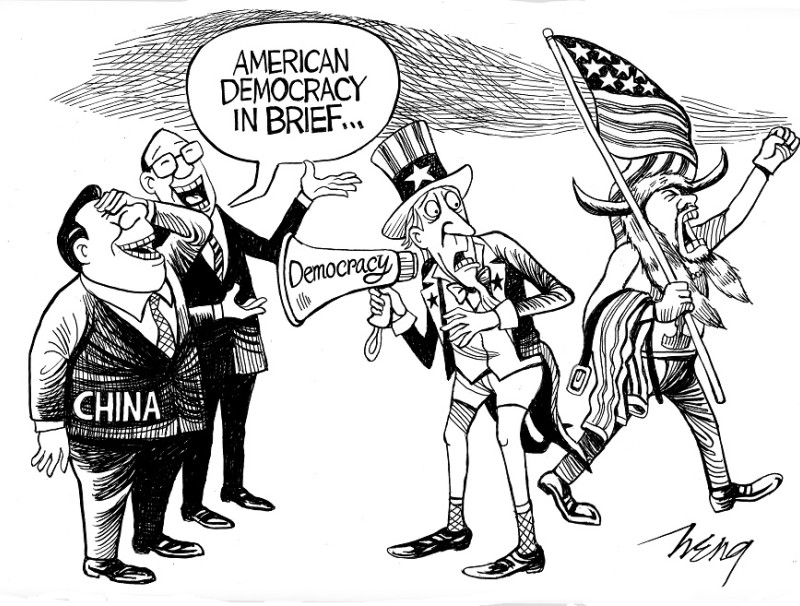 What is important to note is that theoretically, China has maintained its position, but its actions have failed to match the words. Especially, in the context of Southeast Asia, where China’s actions in the South China Sea tells a different story — not of a “shared destiny” but certainly of “hegemony”.

What defines a “hegemon”? John J. Mearsheimer in his book The Tragedy of Great Power Politics describes a hegemon as a “state that is so powerful that it dominates all the other states in the system” and “no other state has the military wherewithal to put up a serious fight against it”. Here, the keyword is “power” which entails supreme economic and military capabilities.

In view of this, China’s economic prowess and its growing military capabilities — as evinced by its defence budget of US$209 billion — pressure other powers (who lack the capabilities) to submit to China and invariably makes China a hegemon. A testament to this is China’s growing aggressive and assertive posture, or rather “bullying” in the South China Sea.

In this case, Chinese hegemony can be understood in terms of Beijing’s words and actions to concretise its sovereignty claims under the imaginary “nine-dash line”— as Beijing has failed to clarify its use of the nine-dash line since its inception in 1947 to demarcate its claims over the South China Sea.

To explain, China’s narrative on the South China Sea is built on the following claims. In 2009, Dai Bingguo, then state councillor, referred for the first time to the South China Sea as a “core interest”— a term often used for Taiwan, Tibet and Xinjiang. In 2015, Chinese Vice-Admiral Yuan Yubai emphatically stated: “The South China Sea, as the name indicates, is a sea area that belongs to China.” Furthermore, President Xi Jinping in his lecture in Singapore in 2015 posited: “South China Sea islands in disputes between China, other claimants have been Chinese territory since ancient times.”

Owing to such “historical logic” and being a signatory to the UNCLOS, the Chinese state rationalises its actions under the mandate of “inescapable responsibility to safeguard territorial sovereignty and legitimate maritime rights”, as manifested by China’s unilateral and defensive actions.

In so doing, China has contradicted international laws in five ways:

First, by building artificial islands in the South China Sea and further fortifications in the form of military installations to aid China’s anti-access/area denial (A2/AD) strategy.

Second, China has strengthened its fishery enforcement laws, such as in 2013, when the local Hainan Provincial People’s Congress approved revised “measures” for fishing in the South China Sea such that foreigners and foreign vessels entering Hainan’s claimed jurisdiction need to seek prior approval from the Chinese government.

Fourth, in 2021, China passed the new Chinese Coast Guard law that authorises its maritime law enforcement fleets to use lethal force on foreign ships operating in China’s waters which includes the disputed waters claimed by China, such as the South China Sea.

And fifth, China conducts deep sea surveys in the South China Sea as witnessed in the presence of survey vessels off the coasts of Malaysia, Indonesia, Philippines, and Vietnam — a pressure tactic to monitor submarine traffic in the disputed waters and assert its claims.

By such measures, China is practicing a denial strategy which has greater impact than that of inflicting direct punishment on other claimant states. What adds to it is the Chinese strategy of “salami-slicing”— territorial expansion in a “bit-by-bit” manner.

What further adds to the “hegemony” aspect is China’s defiance of the 2016 South China Sea arbitration that decided in favour of Philippines by rejecting China’s claims to the South China Sea based on the “nine-dash line” map and specified that there was “no legal basis for any Chinese historic rights”. China said in response that the award is “null and void and has no binding force” and that “China neither accepts nor recognises it”, in a further defiance of international laws.

By creating its own territorial supremacy against America’s offshore balancing, China’s military disposition in the South China Sea is equivalent to coercive diplomacy wherein any defiance (from the other claimants) can levy severe costs and compliance can result in benefits (under the Belt and Road Initiative (BRI), Asian Infrastructure Investment Bank (AIIB), Regional Comprehensive Economic Partnership (RCEP) and others).

Countries like Vietnam, Philippines and Indonesia have raised their concerns over China’s growing military activism in the South China Sea. For instance, in 2017, Indonesia renamed the northern reaches of its exclusive economic zone in the South China Sea the North Natuna Sea while Vietnam in 2019 issued warnings to initiate international arbitration against China — a pushback against China’s maritime and territorial ambitions.

In addition, the US too has stepped up its freedom of navigation operations and aerial patrols over the South China Sea to challenge and contain China’s unilateral actions.

This only proves that while China would want to believe its actions in South China Sea as part of “shared destiny”, its actions can be best defined as that of practicing hegemony with what Beijing likes to call “Chinese characteristics”. Therefore, if China and ASEAN succeed in finalising the Code of Conduct in the South China Sea, it will likely be a one-way street — undoubtedly the “Beijing way”.