Li Qiang, the number two in China’s new Politburo Standing Committee, is poised to be China’s next premier. While his star fell after his management of Covid-stricken Shanghai was called into question, his credentials as Xi’s lieutenant may mean closer alignment between the State Council and the Central Committee in the Li Qiang era. Zaobao correspondent Yang Danxu has the details. Shanghai Party Secretary Li Qiang attends the closing ceremony of the 20th Party Congress of the Communist Party of China, at the Great Hall of the People in Beijing, China, 22 October 2022. (Tingshu Wang/File Photo/Reuters) 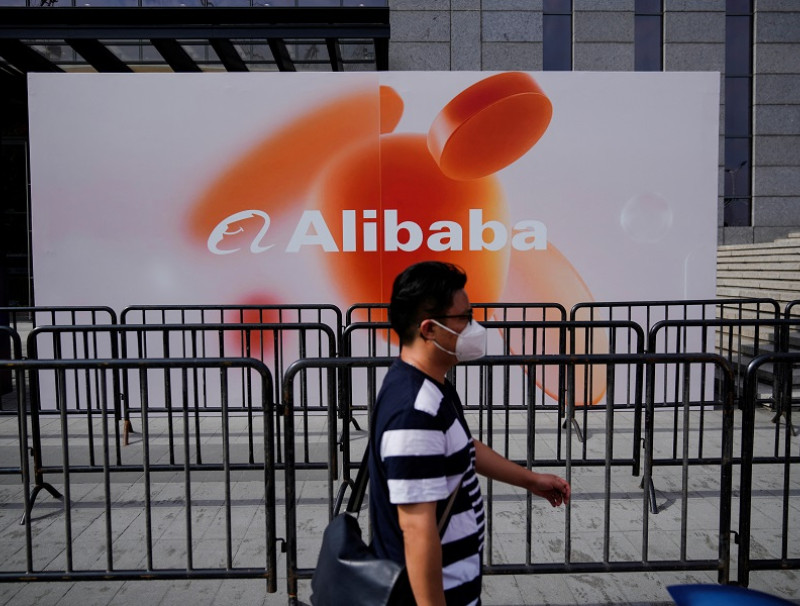 Grace Chong - 8 November 2022
While it appears that large digital platforms in China have been hit hard by a series of regulatory reforms in the last few years, they are down but not out, says researcher Jia Kai.
Read more Grace Chong - 8 November 2022
Peterson Institute of International Economics researchers Tianlei Huang and Nicolas Véron analyse the seeming anomaly that an increasingly statist policy environment in China has not prevented a rapid rise of the private sector. While various factors have paused this rise, will the upward trajectory likely resume in President Xi’s third term?
Read more Can China connect to the outside world amid zero-Covid?

Grace Chong - 7 November 2022
Zaobao correspondent Wong Siew Fong notes that there seems to be contradictory views of China’s Covid-19 situation from people outside and inside the country. On the one hand, the strict zero-Covid measures seem to be easing for travellers, but on the other hand, lockdowns in several regions show that officials are sticking to harsh restrictions. How will China bridge the gap between the two and move out of the zero-Covid policy?
Read more

Can Taiwan hold on to its lead in chip manufacturing?

Grace Chong - 7 November 2022
Taiwan’s semiconductor industry is booming, but its pole position is at risk. With the industry deemed of national security concern, China, the US and the EU are implementing restrictive measures, upping their investment and aiming for autonomy and self-sufficiency in the sector, which could cause Taiwan to lose its competitive edge.
Read more

Grace Chong - 7 November 2022
Taiwan’s semiconductor sector is booming, but the long hours and tough work is driving away the younger generation, who are opting for careers that provide work-life balance. How can the Taiwan government and tech enterprises attract new blood into this industry that is critical to Taiwan's economic growth?
Read more
Translated by Grace Chong on 26 October 2022

With a solemn expression and careful steps, Li took a calculated pause before going on stage, keeping a greater distance from Xi in front of him.

As the number two in the PSC, Li is expected to take over Li Keqiang’s role as premier at the annual Two Sessions next March. When that happens, the Chinese State Council will bid farewell to the Li Keqiang era and enter the Li Qiang era.

The elevation of Li Qiang to the number two spot in the PSC came as a surprise to many.

Five years ago when he became a member of the 19th Politburo and the Shanghai party secretary, many believed that he had a bright future. But his star fell earlier this year when Shanghai’s pandemic spun out of control, causing much public angst.

Some views have it that Shanghai’s apt and targeted anti-Covid measures were effective in the early stages, speaking of the inclusive and innovative nature of Li Qiang’s policies. Even if Shanghai had to be locked down later, this did not take anything away from Li’s contributions. More importantly, he won the Shanghai Covid battle in the end and gained the approval of the CCP’s top leader.

Sixty-three-year-old Li Qiang hails from Zhejiang’s Ruian, which is under the administration of Wenzhou, a centre of China’s private economy. He was a worker in his younger days, later enrolling in the Zhejiang Institute of Agriculture’s Ningbo campus after the Cultural Revolution. Between 2003 and 2005, he did his MBA at Hong Kong Polytechnic University.

Li’s management of the developed southeast coastal region, where he has spent much of his political career, is expected to be his greatest strength.

Li has a reputation as Xi’s lieutenant who was Xi’s chief of staff when Xi was the Zhejiang party secretary. But aside from this fact, what are some of his other traits, and what will his leadership style be like as head of the State Council?

Li’s management of the developed southeast coastal region, where he has spent much of his political career, is expected to be his greatest strength. In the last decade, he has served as governor of Zhejiang and the party secretary of Jiangsu and Shanghai, making him a rare senior cadre who has helmed the three regions of the Yangtze River Delta megalopolis. This has given him great experience in promoting economic openness and integrated development.

Chinese media reported that during his term as Zhejiang governor, Li focused on deepening reform, streamlining administrative practices and decentralising the government. He proposed confining power within an institutional cage (制度笼子) to build a limited, capable and effective service-oriented government based on the rule of law.

He also focused on developing “feature towns” (特色小镇) and the information economy, praising Zhejiang’s grassroots economy, entrepreneurial culture, openness and credibility during his keynote speech at the first World Internet Conference in 2014. During his five years in office as Shanghai party secretary, Shanghai saw the inauguration of the Shanghai Stock Exchange’s Science and Technology Innovation Board (STAR Market), and the construction of a Tesla plant.

As the future head of the Chinese government, Li also lacks experience and knowledge of the inner workings of the State Council.

Some businesspeople describe Li as pragmatic, business-oriented and down to earth, not to mention one who had worked closely with business leaders and MNC executives to drive openness and development during his time in Zhejiang, Jiangsu and Shanghai.

However, only having coastal region management experience may also be a stumbling block for Li. China is a massive country facing uneven growth across regions with different social and cultural environments. It is untested as to whether the governance approach used in developed regions can be applied to the broader midwestern region.

As the future head of the Chinese government, Li also lacks experience and knowledge of the inner workings of the State Council. However, this may not be an issue for long as Li could be made a vice-premier when the Standing Committee of the National People’s Congress meets from 26 to 30 October, giving him a four-month “internship” before he officially takes over.

During Li Keqiang’s ten years as Chinese premier, the CCP’s “core” was restored and the general secretary achieved “one position as the highest authority” (定于一尊), thereby diminishing the influence of the State Council. During this period, it seems there was a feud between South Zhongnanhai (the headquarters of the Central Committee) and North Zhongnanhai (the headquarters of the State Council) over inconsistencies and different views on economic policy.

Such feuds are unlikely to occur in the Li Qiang era. It is expected that the future State Council will focus more on policy implementation rather than decision-making. Going by the close Li-Xi relationship, Li is expected to faithfully implement the top leader’s decisions.

However, this also implies that the upper echelons run the risk of groupthink, and it might be difficult to correct errors if policies go off course.

Viewed positively, this will ensure that policies from the highest level of the Central Committee are fully implemented. However, this also implies that the upper echelons run the risk of groupthink, and it might be difficult to correct errors if policies go off course. But optimists believe that Li will enjoy greater influence than his predecessor. Xi’s trust in him could also grant him some room for manoeuvre to spearhead more business-oriented policies.

This article was first published in Lianhe Zaobao as “中国国务院将开启李强时代”.

Related: Xi's model of Chinese modernisation shaking up China and the world | Chinese state media: Party and state leaders step down of their own accord | Birthplace determining political career in the CCP: Countdown to the 20th Party Congress | Can Shanghai meet its zero-Covid deadline and resume production?