David Ng goes over several key indicators in China’s healthcare system to see how China’s public healthcare system holds up. With medical advances driving up healthcare expenditure and a fast-ageing people, the most populous nation of the world has got its work cut out. People wearing face masks walk past a flower display dedicated to frontline healthcare workers during the Covid-19 pandemic in celebration of the upcoming National Day of the People's Republic of China, in Beijing on 29 September 2020. (Nicolas Asfouri/AFP) I found no trace of the pandemic in Wuhan, but is that how the China story should be told?

Grace Chong - 11 September 2020
On an organised visit to Wuhan with other journalists and business representatives, Lianhe Zaobao’s Shanghai correspondent Chen Jing sees a city that appears to be humming away as if the Covid-19 disaster was nothing but a bad dream. Nevertheless, she gets an inkling that many stories of the pandemic are still waiting to be told. She resolves to tell them, all in good time.
Read more 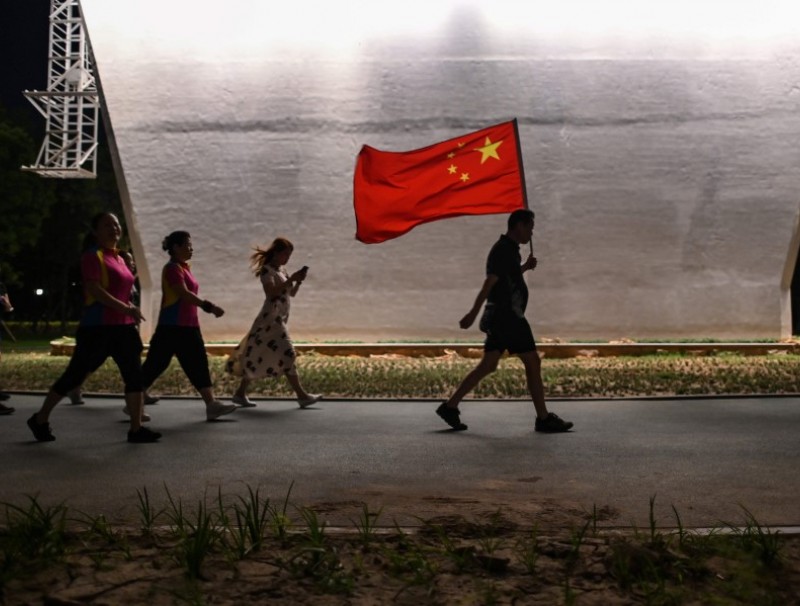 Mixed signals to the US? China has revealed its bottom line

Grace Chong - 10 September 2020
After a brief softening of its stance towards the US, China seems to be hardening its rhetoric again. Zaobao correspondent Yang Danxu says this has much to do with President Xi Jinping’s clear message not to trifle with the Chinese Communist Party’s bottom line — relations between the party and the people are sacrosanct.
Read more Suzhou Museum: Why I.M. Pei failed to learn the lessons of the ancient Chinese

Grace Chong - 10 September 2020
The building and landscape architecture of Suzhou Museum has been lauded for its intricate blend of old and new. Cultural historian Cheng Pei-kai is in awe of the late architect I.M. Pei, but sees at the same time, the need for man-made landscapes to blend into their natural environment. Otherwise, the handprints of their maker will all be too visible and the result far from the scenes of nature it was precisely trying to capture.
Read more 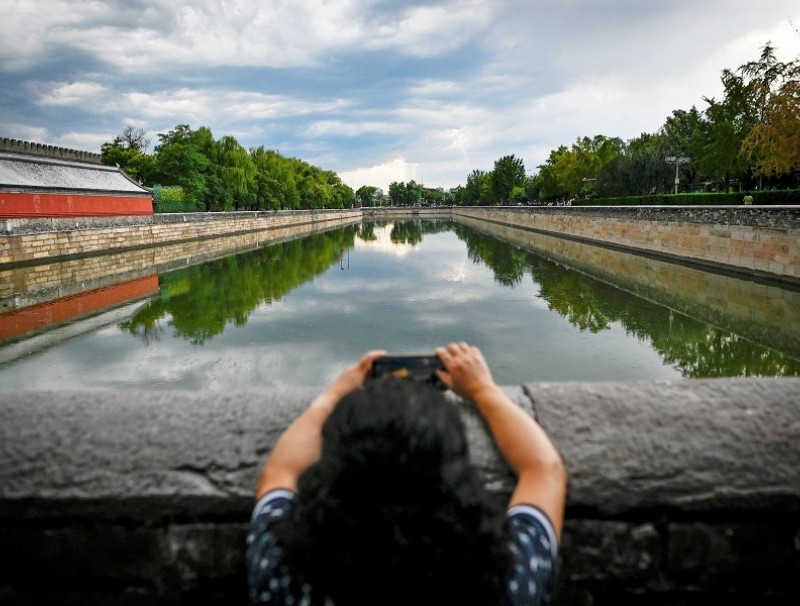 Grace Chong - 9 September 2020
Sun Peisong believes that China actually understands the plot and knows why it is being vilified in American politics. Its strategy is to tough it out, particularly during the US elections season, and wait for the US to come back to the table.
Read more
Translated by Grace Chong on 15 October 2020

China’s largely successful fight against Covid-19 has shown China’s healthcare system to have improved by leaps and bounds. Namely, as the coronavirus is an infectious disease of epidemic proportions, patients need not bear the cost of treatment beyond what is covered by medical insurance. But overall, what is the current state of China’s public healthcare system?

A few years ago, my friend went for a check-up at a hospital in a Chinese city. Recently, prior to the Covid-19 outbreak, he returned to the same hospital for another check-up. To his surprise, the cost of a check-up had increased from approximately 1,000 RMB to 3,000 RMB.

Unlike in the past where hardly anyone went for health check-ups, it is now very common to do so. Government departments and companies also send their employees for annual check-ups. Hospitals are thus very busy. During my friend’s recent trip to the hospital, there was a long queue ahead of him at each stage of the process.

As I go for annual health check-ups myself, I asked my friend for the price list of the various packages offered by the hospital. They were tailor-made for all purposes: a gift package from filial children to their elderly parents, a full-suite package for senior executives and professionals, and a dozen others. The cost, ranging from a few thousand RMB to over ten thousand RMB, was almost on par with that of health screenings in developed countries.

He said that technological advances have long led to US healthcare expenditure growing faster than the economy. - Alan Greenspan, The Age of Turbulence: Adventures in a New World

I shared with him a tip I learnt from a Hong Kong TV health programme: choose the “basic package” at the bottom of the list and make targeted add-ons — such as cancer screening, or tests for specific organs like the heart — based on one’s needs.

The next day, my friend told me that he only needed to pay approximately 1,000 RMB for his health check-up after adjusting his package according to this tip.

I will refrain from saying whether I think the price list is misleading to consumers, but the matter reminds me of Alan Greenspan’s 2007 memoir, The Age of Turbulence: Adventures in a New World. He said that technological advances have long led to US healthcare expenditure growing faster than the economy.

The situation is similar with China. In 2019, the per capita health expenditure was 1,902 RMB, a 12.9% increase from the previous year. Four years prior, per capita health expenditure between 2015 and 2018 saw an annual growth rate of between 11% and 16.1%, which is significantly higher than the rate of economic growth (averaging between 6-7% in the last five years).

In China’s case, health expenditure is not only surpassing that of economic growth, but the demand for health services is still growing.

In China’s case, health expenditure is not only surpassing that of economic growth, but the demand for health services is still growing. This shows that developing countries have historically invested little in medical technology and equipment, and thus have a low starting point for medical and health expenditures. Once the economy exhibits continued growth, increased investment would raise costs, and the costs borne by consumers would rise sharply as well.

During the Covid-19 outbreak, a French doctor visiting a hospital in eastern China was surprised by how much more advanced the medical equipment there was, compared to France.

As a country with a massive production capacity and a huge market, shortly after Chinese hospitals purchase new equipment from abroad, Chinese factories are able to quickly reproduce a large number of small and affordable domestically-made equipment. Such a strength in material production has improved the conditions for the increased standard of healthcare services.

The distribution of medical resources is unequal as well, with general hospitals populating the eastern regions but not the western ones.

In China, students who undergo a seven-year clinical medicine programme in top universities are called the “the crème de la crème of undergraduate students" (本科一批). The demand for doctors has always exceeded its supply. Hence, the medical background of doctors in small local hospitals are particularly varied, and the benchmark by which patients evaluate their doctors is whether or not these doctors have exhausted all medical means to treat their patients.

As a dual-sector economy, China’s rural population occupies 41% of the entire population. The income gap between the eastern and western regions, as well as the urban and rural areas, is huge. In fact, as Premier Li Keqiang stated earlier in the year, as many as 600 million people earn only approximately 1,000 RMB per month. The distribution of medical resources is unequal as well, with general hospitals populating the eastern regions but not the western ones.

While the number of hospitals and grassroots outpatient institutions have significantly increased in 2018, the number of village clinics has instead gone down by 10,000. This implies that China is concentrating its medical resources in providing bigger healthcare units that offer better healthcare services to the grassroots. Now, most farmers are seeking medical treatment at nearby outpatient clinics or hospitals instead of village clinics when they fall sick.

Only a handful receive free treatment

A “unified national medical insurance service” for both urban and rural citizens in China has been gradually taking shape in recent years while a “trans-provincial medical treatment settlement system” that would allow all patients to be reimbursed for inpatient expenses regardless of where they are treated, is also in the works.

Life expectancy indicates the effect of medical and healthcare investment. Approximately 13% of China’s population is 65 years old and above in 2019, while Japan, Italy, Germany and France record figures which are twice or more of that.

In this aspect (life expectancy), China is roughly 10% behind countries such as Japan, Switzerland, and Singapore.

China’s life expectancy is growing rapidly year after year. Based on World Health Organization statistics, China ranks 53rd out of 183 countries worldwide in 2019. The life expectancy of females and males in China are 77.9 years and 75 years in 2016 respectively, with an overall life expectancy of 76.4 years in 2016 (currently 77.3 years in 2019, according to the Chinese Health Commission). These figures are typical of a developing country's statistics. In this aspect, China is roughly 10% behind countries such as Japan, Switzerland, and Singapore.

An ageing population would naturally increase medical and healthcare expenditure because more advanced healthcare is needed for longer periods of time.

All in all, technological advancements, income growth, and an ageing population have not only improved the quality of China’s healthcare services but also increased the cost of it. On the other hand, however, there remains much room for improvement in establishing a fairer system.

Related: China's public healthcare system needs a revamp | [Big Read] Wuhan waits for a turning point | Visiting the doctor as a foreigner in China: I see potential for collaboration | 600 million Chinese earn 1,000 RMB a month — so are the Chinese rich or poor? | Lifting 'the poorest of the poor' out of poverty in Sichuan: Does poverty alleviation mean uprooting people from their homes? 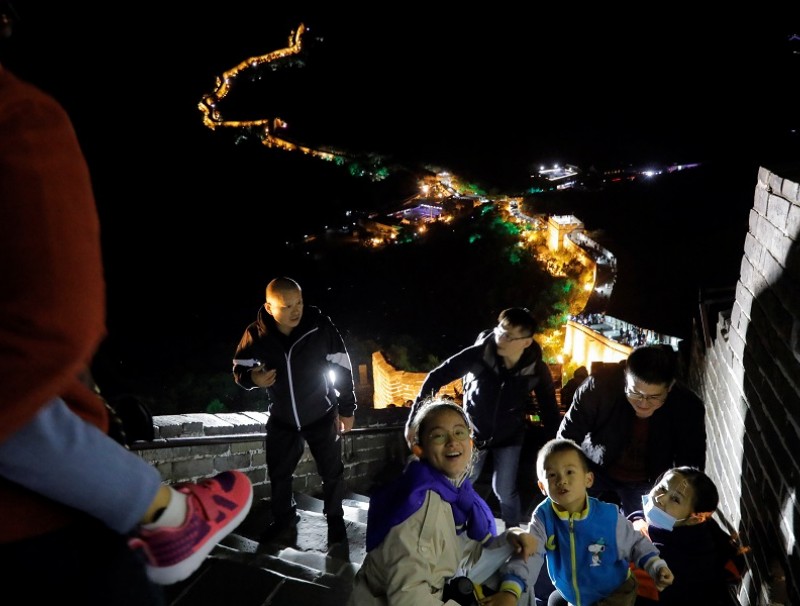 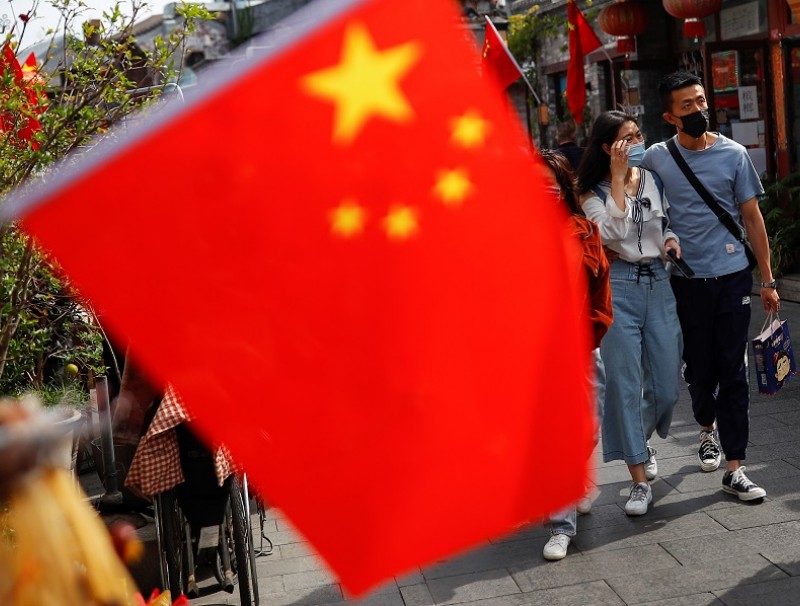 Society
The China story is not just about politics, Confucius and mooncakes

Professor Wang Gungwu, eminent historian and university professor of the Faculty of... Professor Wang Gungwu, eminent historian and university professor of the Faculty of Arts and Social Sciences at...