Nongfu Spring, China’s largest packaged drinks company, prides itself on its clean and green natural water source and low production costs. However, Chinese academic Zhang Tiankan stresses that despite its financial success, the company will need to do more for the environment if it wants to keep its future growth intact. 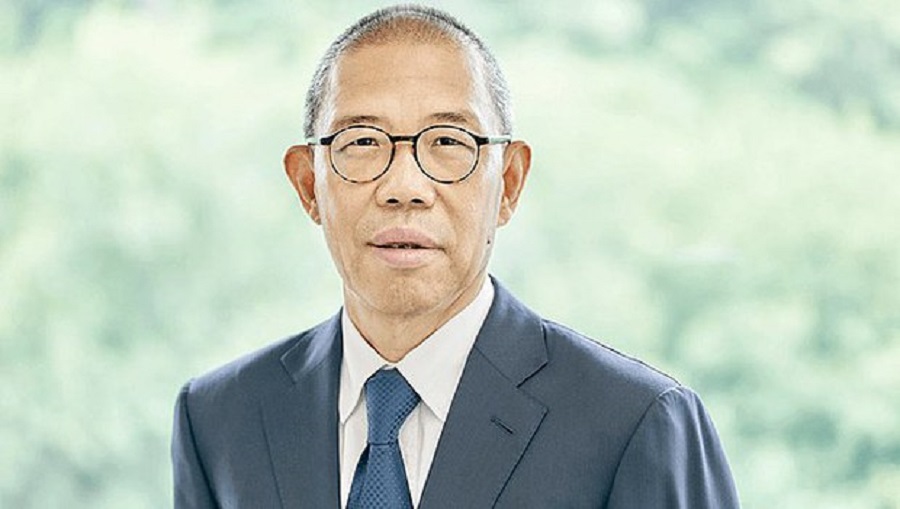 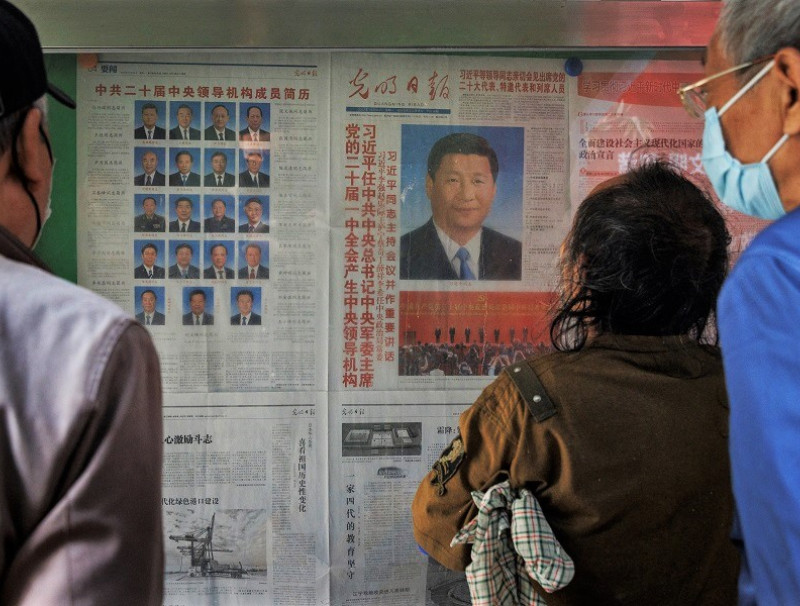 Xi's CCP practises Leninism of the 21st century. But could it end up as empty talk?

Grace Chong - 3 November 2022
East Asian Institute senior research fellow Lance Gore observes that “Xi Jinping Thought” is really Leninism of the 21st century, or an amalgam of dictums that bear the risk of stifling social vitality and creativity. Not only that, a high concentration of power is a strength but also a weakness if cadres are afraid of deviating from the views of “the great leader”.
Read more Grace Chong - 2 November 2022
Diplomatic activities appear to be back at full swing after the 20th Party Congress. Zaobao correspondent Yang Danxu notes that the visits by heads of states to China are driven by Beijing’s objectives of bringing its neighbours close, stabilising relations with Europe, and strengthening relations with developing countries. Will this help improve China’s relations and international image, especially amid the tense geopolitical background?
Read more Grace Chong - 1 November 2022
Taiwanese academic Hung-Jeng Tsai analyses decades of Taiwan’s Southbound Policy, now embodied in the latest iteration of the New Southbound Policy under President Tsai Ing-wen. He finds that despite the fanfare, few benefits have been won for Taiwan.
Read more Has the US crushed China’s hopes for self-sufficiency in the chip industry?

Grace Chong - 31 October 2022
China’s semiconductor industry has been dealt with multiple hurdles in the past year, with the latest roadblock coming from the US’s ban on chip export to China in October. Manufacturers, executives and technical experts now face the difficult decision of staying in this growing sector in China or in the US. Will China find a way around this new restriction?
Read more Heng Swee Keat: Singapore and China will build better future for region and the world

Grace Chong - 30 October 2022
Ahead of the 18th Joint Council for Bilateral Cooperation (JCBC) meetings between Singapore and China — the first to be held in person since the outbreak of the pandemic — Singapore’s Deputy Prime Minister and Coordinating Minister for Economic Policies Heng Swee Keat sets out a few priorities in taking Singapore-China relations to new heights.
Read more
Translated by Grace Chong on 16 November 2022

Based on this year’s Hurun China Rich List and Forbes’ list of China’s 100 Richest published in early November, 68-year-old Zhong Shanshan, founder and chair of bottled water company Nongfu Spring, has retained his position as China’s richest man with a net worth of US$62-65 billion, despite a dip of about 5% in his wealth from a year ago.

Nongfu Spring ranks first in China’s packaged drinking water industry with a market share of about 20%, and a revenue growth that is also higher than the industry average. Its phenomenal growth in China has amazed many. How did ordinary bottled water become the fastest-growing segment of the beverage industry that is more profitable than milk and alcohol? How did Zhong become China’s richest man?

Despite various industry analyses that have highlighted Nongfu Spring’s production and marketing tactics, the emphases are on a green, natural and healthy product. Specifically, its success is attributed to its water sources, advertising and marketing approach, cost control method and sales channels, which are tied closely to its green and natural branding.

Advertising and marketing of Nongfu Spring hail natural products as the best and healthiest option. Marketing slogans such as “Nongfu Spring is a little sweet” (农夫山泉有点甜), where sweet could also mean endearing; and “We do not produce water, we are porters of nature” (我们不生产水，我们只是大自然的搬运工) won the hearts and trust of many Chinese consumers. And these slogans are bolstered by Nongfu Spring’s water sources that are situated across China.

These water sources were given prominence in Nongfu Spring’s prospectus for financing, highlighting their excellent ecological environment, sufficient precipitation and exceptional water quality.

These water sources were given prominence in Nongfu Spring’s prospectus for financing, highlighting their excellent ecological environment, sufficient precipitation and exceptional water quality. In short, the company only produces and transports the most natural water.

Nongfu Spring was also able to keep production and transportation costs down by taking advantage of the location of these natural water sources. Based on estimates, selling bottled water would be profitable in China if the retail markets are located within 500 km of the water source. However, once the delivery radius exceeds 500 km, fuel prices, toll charges and transit losses will push up transportation costs. In such cases, bottled water can only be profitable if it is priced at more than 2.5 RMB. But Nongfu Spring bottled water is still sold for 2 RMB/bottle today, a price that is affordable for the general public.

Transportation cost control has become an important way in which Nongfu Spring maintains profitability. Clearly, the countrywide search for quality water sources has not only ensured Nongfu Spring bottled water is “natural”, it has also reduced costs for the company, since factories are built in close proximity to the water sources.

... Nongfu Spring was accused of causing environmental damage when it was finding water sources.

However, it remains to be seen whether Nongfu Spring can maintain its green and natural branding in the long term, since it has faced several challenges in recent years. In 2013, dark floating particles were found in Nongfu Spring’s bottled water as a result of the massive amount of garbage around one of its water sources in Danjiangkou.

Nongfu Spring responded that the garbage was from upstream and that the company had disposed of them by incineration. They assured that domestic waste has little impact on water quality, just like sand in rice. Although the matter has been resolved, consumers became worried that Nongfu Spring’s water sources have been polluted.

The second incident was when Nongfu Spring was accused of causing environmental damage when it was finding water sources. Since 2010, the company has sought water sources in the area around Wuyishan city. On 1 August 2017, it signed an investment agreement with the local government, which was listed as a key project for Fujian province. However, on 11 January 2020, a video clip was circulated online, purportedly showing Nongfu Spring using heavy machinery at night against regulations and without approval from the park authorities. The company was accused of causing damage to the forest and vegetation in Wuyishan National Park.

However, on 12 January the park authorities responded on its WeChat account stating that following investigations, the location in the video clip was in fact 50 metres outside of the park boundaries.

While these two incidents were smoothed over, ESG — environmental, social and governance factors — could become another issue that impacts all bottled water producers and might become the greatest challenge for drinking water, especially for Nongfu Spring.

As the company grows, Nongfu Spring has to stand guided by ESG. However, its current showing in ESG is not as good as its sales, and is in fact somewhat lacking.

Environmental factors refer to the attention companies give to areas such as climate change, natural resources, resource use, pollution prevention and biodiversity; social factors relate to workers, users (consumers), product liability, society, industry associations and supply chain management; while governance factors focus on shareholder profile, the makeup of the board of directors, senior management salaries, legitimacy of company actions, and company policies.

ESG is a set of corporate assessment criteria that focuses on the company’s environmental, societal and governance effectiveness rather than financial results. It is also a set of values used to determine healthy corporate growth. As the company grows, Nongfu Spring has to stand guided by ESG. However, its current showing in ESG is not as good as its sales, and is in fact somewhat lacking.

Nongfu Spring claims to be “porters of nature”, but conservation groups believe that it is harming the environment. According to the company’s data, its highest cost is PET bottles, which is the biggest problem in marine waste.

... despite being “green” and “natural”, Nongfu Spring does not have a recycling programme for its plastic bottles.

In addition, despite being “green” and “natural”, Nongfu Spring does not have a recycling programme for its plastic bottles. Each year, it sends an unending stream of plastic pollution into nature. In stark contrast, over 60 countries and regions around the world are implementing a deposit system for recycling plastic bottles — each year, 40 billion units of drink packaging are collected globally, including mineral water bottles, cans and glass bottles.

Clearly, Nongfu Spring needs to improve its ESG capabilities as it continues to grow, as this will determine the company’s fate in several ways. First, consumers do not merely want to see the “green-ness” of water sources, but they also expect the company to have adequate ESG capabilities and protect the environment in each step of production, otherwise they might steer clear of such inauthentic green products.

Second, it could become a challenge for Nongfu Spring to seek future investments if it continues to neglect ESG, which is part of the regulations of Morgan Stanley Capital International and the Hong Kong Stock Exchange, as well as other funds.

Of course, all companies in China face the issue of ESG. If they can build and improve ESG capabilities, we can look forward to their future growth; otherwise they might go downhill and lose their shine.

Related: China's push towards green energy accelerated by security concerns | US and China not perceived as climate change leaders in Southeast Asia | A Singaporean in China: Going green is a hard thing to do in Beijing | Can China keep its climate change promises? | China’s serious water woes