The writing was on the wall, but what changes has fintech company Ant Group’s recent IPO suspension sped along for the online microfinance industry? Zaobao correspondent Chen Jing takes a closer look. 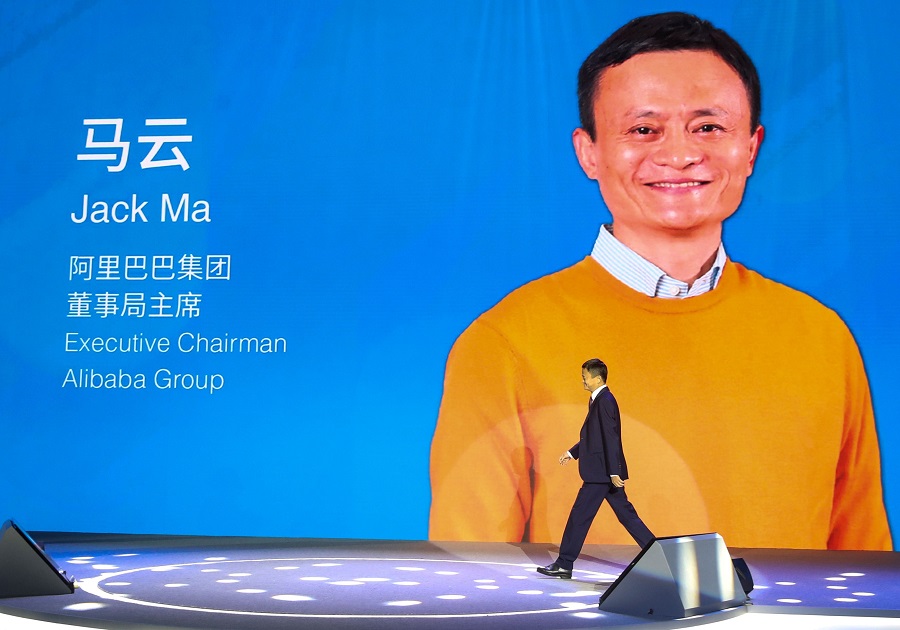 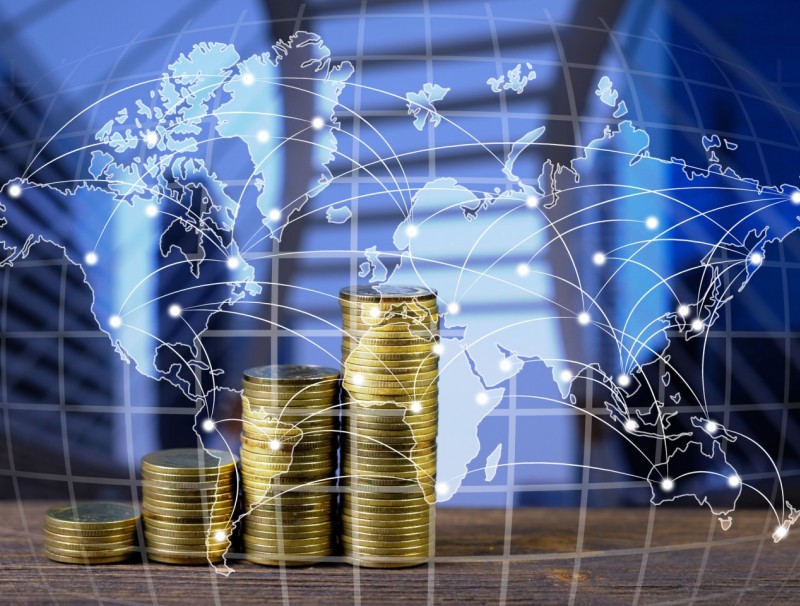 Grace Chong - 9 October 2019
There are numerous obstacles to overcome but China needs to get global private investors to come onboard its massive BRI projects. Professor Gu Qingyang opines on China's possible approach and strategy in this third part of his series on the BRI.
Read more 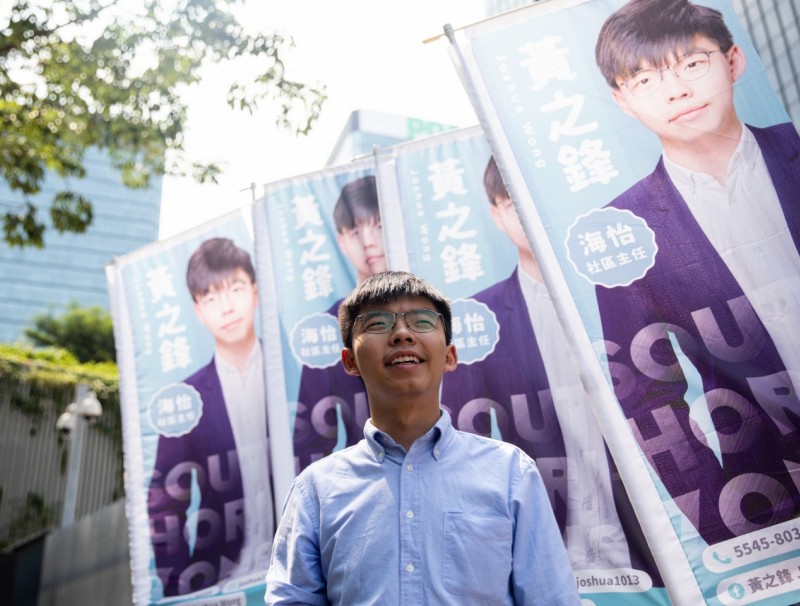 Joshua Wong: I do not advocate independence

Grace Chong - 8 October 2019
In this exclusive interview with Lianhe Zaobao, Joshua Wong Chi-fung boldly shares his views on Hong Kong's current political situation and his plans on running for local office. He rebukes that if China had made good on its promise of holding democratic elections in Hong Kong, “(We) wouldn’t be protesting on the streets now”.
Read more 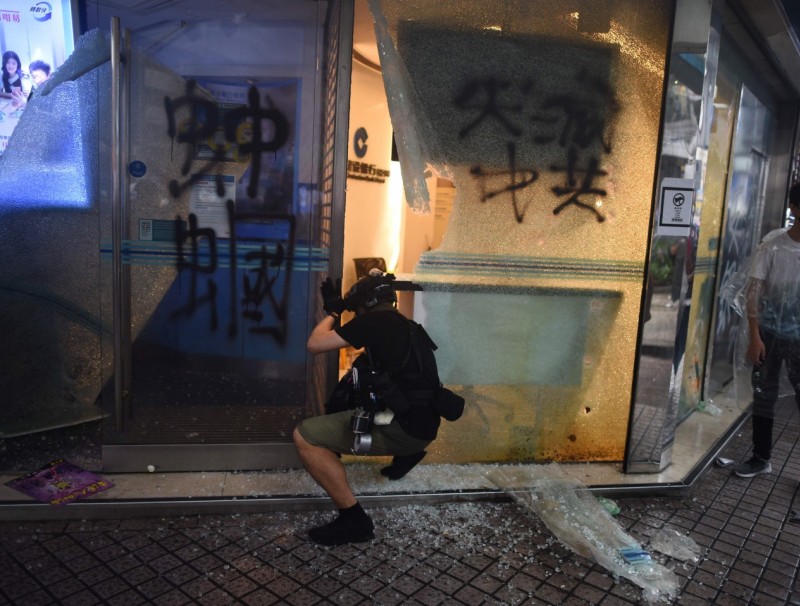 So begins the ENDgame

Grace Chong - 8 October 2019
Hong Kong is in turmoil. What would the trajectory towards the final scenario be like? Can the whole affair come to a good end? Influential Hong Kong political commentator Leung Man-tao believes that possibility has evaporated completely.
Read more 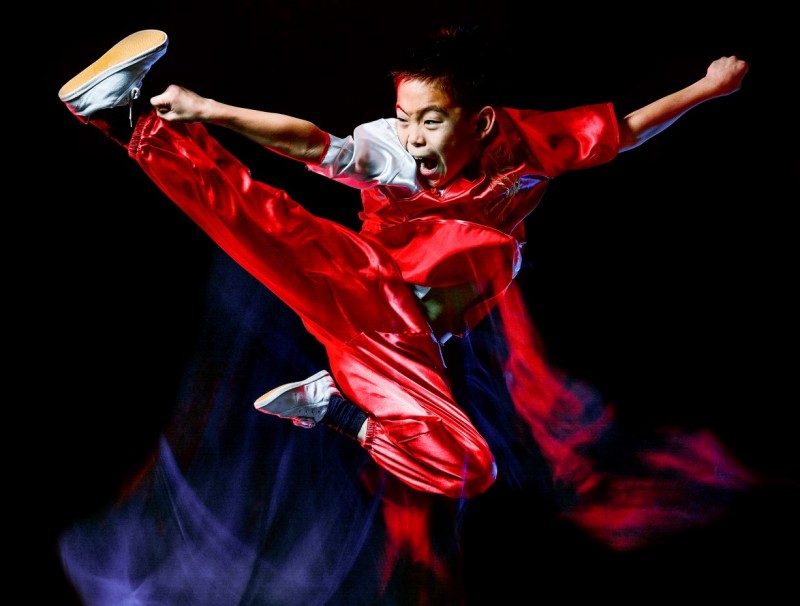 Are you hungry: Survival tips for China

Grace Chong - 7 October 2019
Are you hungry enough to do what it takes to succeed? So Cheer shares his encounters in China, how his client rejected a dinner appointment for six times and how he wolfed down a plate of noodles that could be cooked using gutter oil. So, what does it take to succeed at the workplace in China?
Read more 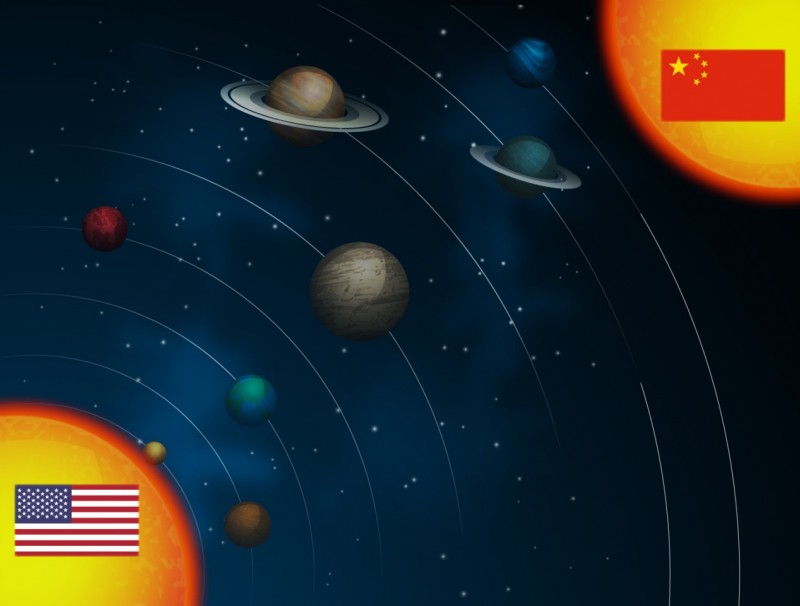 Grace Chong - 7 October 2019
China’s dominance on the global stage continues to grow. It could just become another “sun” in a solar system that has revolved around the US in the post-war era. But can two “suns” coexist? And what will happen to the other planets around them? This two-part essay is adapted from Prof Tan Kong Yam’s recent speeches in China and the US.
Read more
Translated by Grace Chong on 13 November 2020

Just a week since Ant Group — the biggest “ant” on earth — had its listing suspended, there have been earthshaking changes in China’s fintech industry. With regulatory authorities raising the entry threshold for online microfinance companies, major changes are expected for the sector, including the prospect of having only five or six large companies leading the market in future. But lowering industry risks such as high leverage and misuse of information remains a challenge that industry players and regulators have to address together.

On 3 November, the Shanghai Stock Exchange (SSE) suspended Ant’s listing, citing changes in the fintech regulatory environment. While the SSE did not elaborate, it is generally thought that the said changes were due to the draft “Provisional Administrative Measures on Online Micro-loan Operations” (《网络小额贷款业务管理暂行办法（征求意见稿）》) released the day before by the China Banking and Insurance Regulatory Commission and the People’s Bank of China (PBOC) for public feedback.

According to the draft, micro lenders have to provide at least 30% of the loans they fund jointly with banks; the balance financed through the securitisation of assets and other means, should not exceed four times the net assets; and cross-sector micro loans will also be limited.

... after the entry bar was raised for micro loans, smaller online lenders will automatically be eliminated, which is equivalent to indirectly reducing Ant’s competitors, which is actually good for Ant in the long term. - Associate Professor Fu Fangjian, Lee Kong Chian School of Business, Singapore Management University

Apart from Ant’s consumer lending products Huabei and Jiebei, there is also JD’s internet credit product Baitiao and Tencent’s WeChat Fenfu, as well as Meituan’s Yuefu credit feature — none of which fully satisfy all the new requirements above. Three days after the draft was released, Tencent’s Shenzhen Tenpay Network Finance Microfinance increased its registered capital from 1 billion RMB (S$200 million) to 2.5 billion RMB, in line with higher financing requirements.

Associate Professor Fu Fangjian of the Lee Kong Chian School of Business at Singapore Management University told Zaobao that after the entry bar is raised for micro loans, smaller online lenders will automatically be eliminated, which is equivalent to indirectly reducing Ant’s competitors, which is actually good for Ant in the long term.

Currently, there are about 250 online microfinance companies. Prof Fu expects only financially strong companies such as Ant, Tencent and JD to be able to adapt to the tightening regulations, and the online loans sector in China will be led by five or six players.

Did Jack Ma put his foot in his mouth?

The new regulations were timed to be released on the same day that several regulatory authorities met with Ant group head Jack Ma, who had previously taken aim at the financial regulatory system while speaking at this year’s Bund Summit — this was likely the trigger of these changes.

Visiting Professor Pei Sai Fan of the Lee Kuan Yew School of Public Policy at the National University of Singapore said the recent regulatory moves were not rushed out to block Ant’s IPO, but Ma’s comments definitely prodded the authorities into acting faster on regulations, sending a clearer signal to the market.

About a month or so before Ma’s speech, PBOC announced new trial measures for regulating financial holding companies. These new rules officially bring online financial giants like Ant and Tencent under regulation, making up for years of regulatory gaps that this group of new financial services providers, mainly made up of technology companies, have thrived under.

Prof Fu assessed that Ma knew about the regulatory rules in advance, which was why he spoke openly in an effort to bargain with the authorities. He said, “He [Ma] tried to mobilise ground sentiment to stand up to the regulators and gain more space for Ant and the entire sector. But now it looks like the authorities are standing firm.”

In the first half of the year, 40% of Ant’s revenue came from its online microlending business, amounting to 2.15 trillion RMB. However, roughly 98% of this amount was funded by its bank partners, which means that Ant only funded 2% of that amount.

How big is Ant’s risk?

Although the writing was on the wall, Prof Pei thinks that this sudden strike by the authorities has brought a lot of inconvenience to investors who have committed funds to access Ant’s anticipated IPO. It has also deepened foreign investors’ prejudice against the Chinese authorities by reinforcing the impression that the latter would always rely on administrative means to deal with critical issues. He said, “Having weighed the pros and cons, to avoid greater damage to investors after Ant’s listing, the authorities decided to take action before its listing.”

How much risk would Ant — valued at over 2 trillion RMB — have carried if its listing had gone ahead? Analyses pointed out that the new regulations would force Ant to change its business model, shaving a significant amount off its high valuation, which could possibly deal a great blow to its stock price.

In the first half of the year, 40% of Ant’s revenue came from its online microlending business, amounting to 2.15 trillion RMB. However, roughly 98% of this amount was funded by its bank partners, which means that Ant only funded 2% of that amount. This implies that should a loan be violated, the majority of the losses would be borne by the banks. Insiders told Zaobao that while the banking industry criticises this arrangement, Ant’s humongous clientele makes it hard for banks to stop working with Ant.

In June this year, former Chongqing mayor and current deputy head of the China Center for International Economic Exchanges Huang Qifan said that two of Ant’s micro loan companies operating in Chongqing have successfully increased their capital from 3 billion RMB to 300 billion RMB — a whopping 100 times leverage — through multiple asset-backed securities financing and other means. In comparison, the leverage of Chinese commercial banks is capped at 25 times, while the maximum leverage of consumer finance corporations is capped at ten times.

Based on the new regulations, microfinance companies are required to fund no less than 30% of a joint loan. This means that Ant would have to fund at least 600 billion RMB of the 2 trillion RMB loaned out in the first half of the year. Even with leverage of up to five times, it still needs at least 120 billion RMB worth of net assets. However, the total net assets of Ant’s two small loan companies is only 35.83 billion RMB.

Prof Fu pointed out that the new regulations have greatly increased the operating costs of Ant, thus decreasing its profits and in turn slashing its valuation. “If Ant was listed before revealing all these information, its stock prices would then be affected and investors would be trapped in the stock market,” he said.

Tighter regulations will be good for online microfinance industry

Apart from being highly leveraged, micro loan companies’ use of dubious technology is also of concern. According to Prof Pei, micro loan companies claim that they are able to evaluate credit risks via big data and artificial intelligence. However, there are no authoritative organisations that can conduct such examinations currently. Furthermore, micro loan companies are under the supervision of their respective local authorities. It remains unknown if various regions adhere to the same regulatory standards in this aspect, or if the business owners actually conduct post-mortems and report their findings to the authorities.

Additionally, the authorities are also wary of possible consumer rights infringement as a result of online lending. Guo Wuping, director-general of the Consumer Protection Bureau at China Banking and Insurance Regulatory Commission recently called out online consumer lending products such as Huabei and Baitiao for charging handling fees that are higher than that of credit cards, as well as for misusing, buying and selling customer information while at the same time manipulating consumers to make advance purchases, landing some in the low-income group and youths deep in the debt trap.

... as China shifts to a development pattern based on domestic circulation, consumer finance, for which online microlending has an important role to play, would become even more important. - Visiting Professor Pei Sai Fan, Lee Kuan Yew School of Public Policy, National University of Singapore

It is expected that the regulatory environment for the online microfinance industry will see a further tightening of control. However, Prof Fu believes that this industry will not end up in the same situation as peer to peer (P2P) lending platforms that died out after a brief rise. He said, “The online lending business model meets the consumer demands of the new generation. Not only are its risks easier to control than P2P lending platforms, it also has great developmental potential.”

Prof Pei is also optimistic about the prospects of the online lending industry. He said that as China shifts to a development pattern based on domestic circulation, consumer finance, for which online microlending has an important role to play, would become even more important. Thus, authorities would all the more need to strengthen the regulatory framework and bring about the healthy development of the industry.