When it would have been advantageous to watch and wait while the US leadership transition is carried out, China has decided to up the ante with a high-profile show of wolf-warrior diplomacy. Is it setting itself up for a boomerang effect? 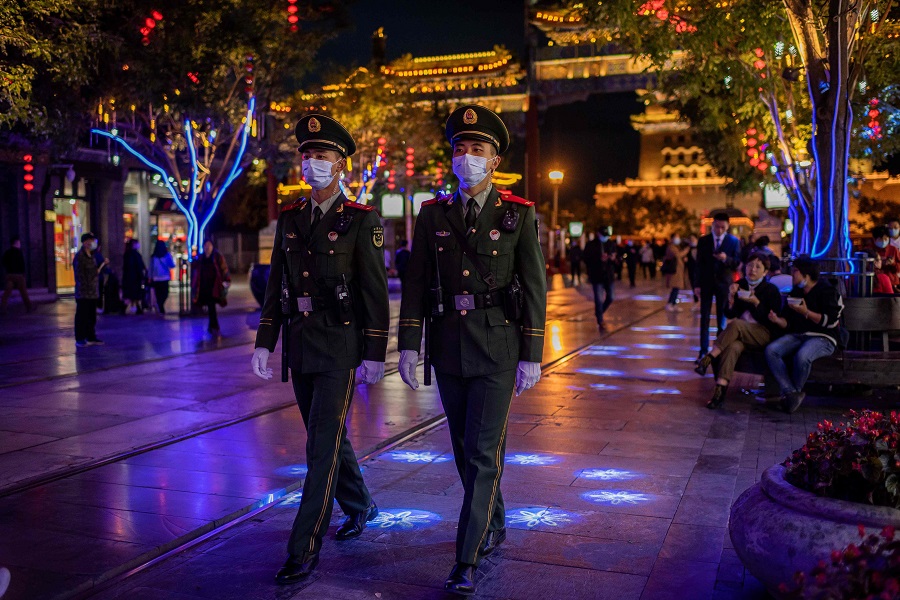 Grace Chong - 21 December 2020
Both the mainland and Taiwan are aware of the need to wrestle for top research talents and spur their semiconductor industries to greater heights. Taiwanese firms in particular have made great strides over the years. With mainland Chinese companies scrambling to counter suppressive moves by the US, access to Taiwanese talent and expertise will be of even greater economic and political importance.
Read more 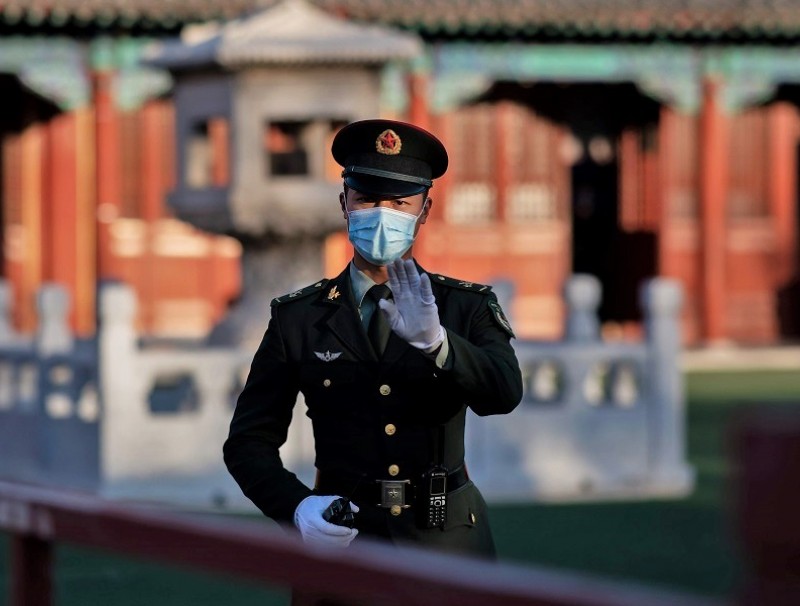 Will Beijing roll out a 'national reunification law' targeting Taiwan?

Grace Chong - 18 December 2020
A poster released by the Taiwan Affairs Office of the State Council and a question by a Xinhua reporter sparked speculations of a possible “national reunification law”. Will Beijing roll out such a law targeting Taiwan, and would it set a timeline for “military reunification”? Zaobao associate editor Han Yong Hong examines the issue.
Read more Grace Chong - 15 December 2020
Northern Chinese mutton soup is rich, hearty and bold-flavoured, standing in sharp contrast to the delicate cuisine of the south. The dish is an emblem of the gruff and big-hearted heroism of civil wars past and the grandeur of the Han and Tang dynasties. Indeed, traces of history are left behind in every drop of a good bowl of mutton soup.
Read more 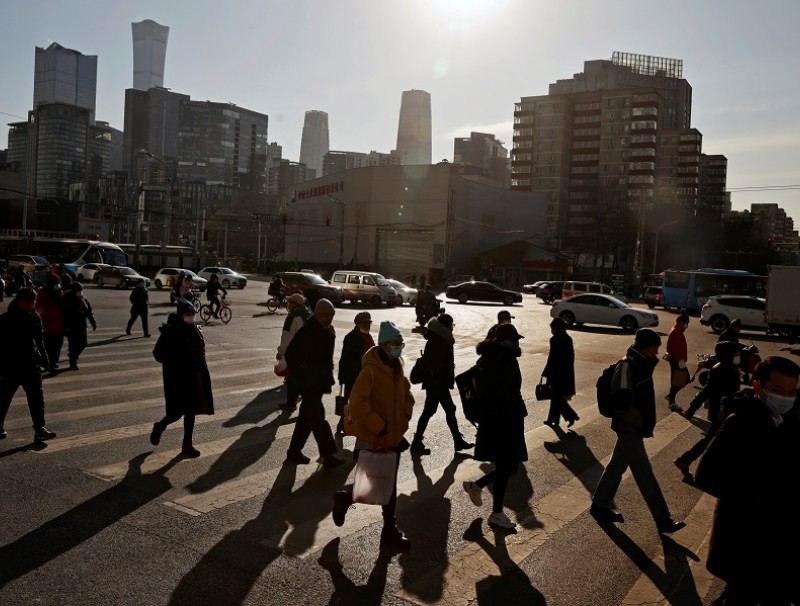 Would Confucius have approved of the death penalty?

Grace Chong - 15 December 2020
A Confucius saying goes: “When the wind blows, the grass bends.” Therefore fault not the common man, says Chiang Hsun, but the decision-makers at the top. But taking a step further back, who are we to cast the first stone at anyone?
Read more Yes, there is a problem with being a wolf warrior

Grace Chong - 15 December 2020
Recent extreme acts by Chinese diplomats have recast the spotlight on China’s “wolf-warrior diplomacy”, or brand of brash and offensive tactics. Han Yong Hong points out that the damage this haughty diplomacy is doing is nothing to be laughed away. The term evolved from a Chinese patriotic movie after all. When Chinese officials blur the line between a movie scenario and reality, they run the risk of getting trapped in tautologies.
Read more
Translated by Grace Chong on 6 January 2021

Chinese foreign ministry spokesperson Hua Chunying recently defended “wolf-warrior diplomacy”, or Chinese diplomats’ penchant for conducting an aggressive form of foreign policy. “I don't see any problem in living with that ‘wolf warrior’ title,” she said. This statement seems firm and extremely confident, but the argument behind it is absurd and harms China’s national interest.

Listen to what she had to say: “I would like to ask those who accuse China of “wolf-warrior diplomacy’: have they ever watched Disney's animated film The Lion King? What do they think of that lovely little lion, Simba, who has grown up with all the suspicion, blame, and hardships as company?”

Equating China to crown prince Simba is going too far and even more inadequate than American political scientist Graham T. Allison’s hypothesis of the Thucydides Trap.

She further said, “In essence, the criticism of ‘wolf-warrior diplomacy’ is just another version of the ‘China threat theory’ and a discourse trap tailor-made for China. Those critics have been habitually lecturing on China in a condescending manner, and still can't take any refutation. Their aim is to preempt China from fighting back. By putting this label on China, they are threatening and blackmailing China into giving up its right to tell the truth.”

Her logic leaves me dumbfounded. I wonder if her assertions are setting alarm bells ringing among China’s higher-ups. For a long time, China’s official stance has been that it has no intention of challenging the existing international system or the US’s position in the world. The “Simba theory” put forth by this head spokesman of the Chinese foreign ministry has just turned China’s promise into a lie. The underlying meaning of her words is pretty clear: “You doubted, blamed, and inflicted hardship on China when it was still weak. But China is destined to become the king of the world. If you do not stop now, just wait and see.”

Equating China to crown prince Simba is going too far and even more inadequate than American political scientist Graham T. Allison’s hypothesis of the Thucydides Trap. It seems that wolf-warrior diplomacy is not a discourse trap created by others — it is a case of Chinese diplomats not knowing enough about diplomacy, earning a bad reputation on the international stage and falling into their own trap.

Thus, the motive behind China’s sudden tough stance against the US at this point in time is confusing to Biden’s team — is it to show the new president who’s boss?

More importantly, the timing of such remarks does not make sense. Firstly, the intention of conducting wolf-warrior diplomacy is clearly to give the incoming US government a stern warning. Incidentally, propaganda machines have also regarded Chinese citizens who criticise wolf-warrior diplomacy as those who “kneel before” the US (跪美派). Painting everyone with the same brush and labelling others indiscriminately are habits left behind by the Cultural Revolution and not worth refuting at all.

But if we take national interest into consideration, the timing of this wolf-warrior diplomacy campaign is indeed problematic. The dust has just settled on the US elections and US President-elect Joe Biden and his foreign policy team are deciding how to recalibrate their China policy, and at the very least, avert a dangerous state of conflict and confrontation. During the leadership transition in the US, countries would generally remain cautious and observe the changes as they unfold. Thus, the motive behind China’s sudden tough stance against the US at this point in time is confusing to Biden’s team — is it to show the new president who’s boss? If so, it would be equivalent to the misjudgement of a “weak” Barack Obama in 2009.

Secondly, virtually all of the officials on Biden’s foreign policy team are pragmatists. Last year, I arranged for a group of top Democratic diplomats to visit China. The team was led by national security adviser-designate Jake Sullivan, and both sides had a very honest talk. From the higher-ups to the academic circles, China reiterated time after time that it has no intention of challenging the US, while the US also emphasised that it has no intention in having a new Cold War.

Regrettably, however, even before the new US administration is inaugurated, it has had an unsavoury brush with populist proponents in China. Perhaps it can only infer from this that it has to adopt tough measures as a counterattack. While Sullivan gave a harsh response to Zhao Lijian’s twitter image incident, he avoided mentioning China in his tweet, deliberately leaving some leeway with regards to the incident.

Thirdly, due to the extremely divided state of domestic politics, Biden’s team has to leverage on ideology and value systems in its foreign policy dealings. However, they mainly hope to deal with China on a pragmatic basis. The first item on the foreign agenda of the incoming administration would be to coordinate and form a common China policy with its allies in the democratic system. But China must not misunderstand this as a continuation of US Secretary of State Mike Pompeo’s new Cold War strategy of potentially seeking a regime change in China.

Not fighting a new Cold War and not decoupling from the Chinese economy are the two major points of consensus between Biden’s team and the US’s allies.

In fact, adopting a multilateral mechanism to deal with China may not necessarily be a bad thing — this can be seen as a start to recalibrating US President Donald Trump’s unilateral China policies. At the very least, the possibility of a new Cold War, and even hot war, will be reduced. While European allies would willingly work with the US to jointly tackle challenges posed by China, they would never return to the old path of a new Cold War. Any sort of multilateral mechanism would have a restraining effect on its member states. Not fighting a new Cold War and not decoupling from the Chinese economy are the two major points of consensus between Biden’s team and the US’s allies.

In summary, China must be clear-headed and not mess up the Biden’s team plans in formulating a China strategy at this delicate point in time. Additionally, China’s wolf-warrior diplomacy has also given more impetus to transatlantic cooperation. Continuing such wolf-warrior tactics that are conceptually confusing, highly misleading, and extremely unprofessional would do more harm than good to China.

Related: Yes, there is a problem with being a wolf warrior | Mourning the dearth of China experts in the West with a deep understanding of China | ‘Wolf-warrior diplomacy’: China's new normal? | The problem of inappropriate language in China's diplomacy | Exemplary punishment: How China's using wolf-warrior tactics on Australia to warn the rest Politics
Shaping rules of the future: The goal for China's third opening up