Skiing star Eileen Gu has announced that she will be an ambassador for Salt Lake City’s bid for the 2030 or 2034 Winter Olympics, sparking online debate in China. In today's increasingly polarised world, can a "globalised" person gain acceptance and recognition from conflicting parties and be that communicator of goodwill? 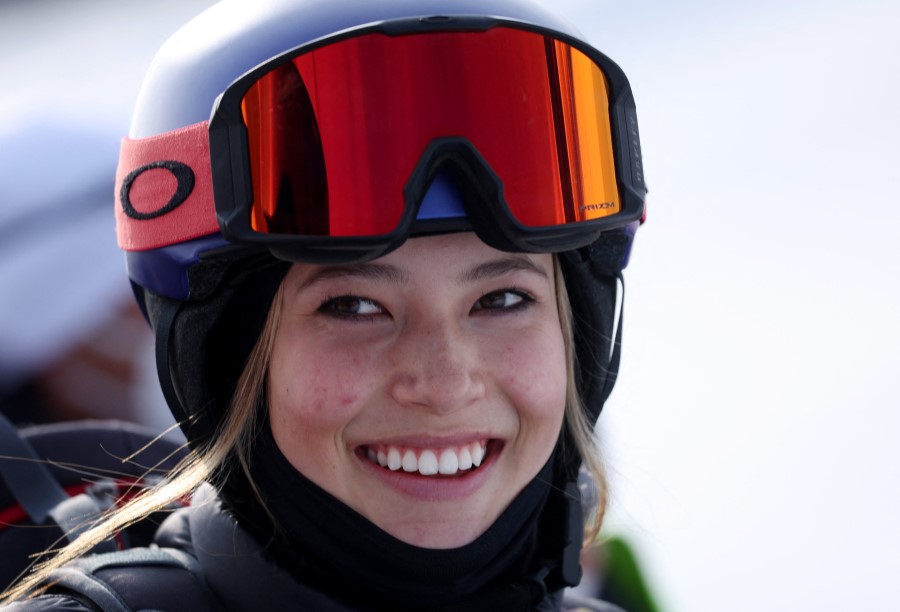 Candice Chan - 19 January 2023
The latest announcement of China’s first population drop in six decades has gained much attention, with concerns over the long-term implications for the economy and the community. How will this affect China’s GDP and its aim to overtake the US as the world’s biggest economy? Can China reverse the population trend?
Read more
Translated by Candice Chan on 16 June 2022

On 8 June, skiing star and Beijing Winter Olympics multiple medallist Eileen Gu announced at the Time100 Summit in New York that she will be an ambassador for Salt Lake City’s bid for the 2030 or 2034 Winter Olympics.

The news added to the already-sensitive topic of her nationality, with netizens mocking on Weibo, “Now it’s confirmed that she’s American.”

Many netizens are also questioning whether Gu is “milking both sides”. After benefiting from commercial gains by representing China at the Beijing Winter Olympics, and showing goodwill to China while flying the Chinese flag, she is now an ambassador for a US Olympic bid. Netizens have described her as “exquisitely self-serving”.

Amid the controversy and questions, Chinese state media has shown support for Gu.

On 8 June, Global Times released a commentary saying that it is common for foreign athletes to be ambassadors for countries and cities bidding for the Olympics. Chinese-American tennis player Michael Chang was an ambassador for Beijing’s bid to host the 2008 Summer Olympics, while many Chinese athletes were Olympic bid ambassador for various Olympics, namely snooker player Ding Junhui for London, figure skaters Shen Xue and Zhao Hongbo for Pyeongchang, and diver Gao Min for New York.

The article accused US media of intentionally omitting this point and exaggerating the divide in Chinese public opinion, flaming “extreme nationalism” and stirring up opinions that demand Gu to choose sides between China and the US.

The article called for more bridges to be built amid tense China-US relations, rather than tearing them down.

On the same day, guancha.cn also published a commentary saying that Olympics bid ambassadors are not limited to citizens of the bidding country and being one does not affect an athlete’s career, so it is unfounded to say that Gu may no longer represent China.

The article also said that whether from the perspective of personal interest or sportsmanship, popular athletes’ participation in international exchanges is beneficial. It is unrelated to geopolitics or China-US competition.

On 9 June, Nanfang Daily, the official newspaper of the Guangdong provincial committee of the Chinese Communist Party, published a commentary saying that Gu serving as an ambassador for the US Olympics bid is a point of pride for her and China’s sports industry.

The article said, “Although China-US relations are difficult, it does not affect our support for Gu as an ambassador for the US Olympics bid, because this is the magnanimity, confidence and acceptance that a big country should show.”

On 8 June, former Global Times editor-in-chief Hu Xijin wrote a post calling for people to accept that Gu is more globalised than the average person. Hence, despite the fact that she represented China in competitions, people should not be too sensitive or shocked at her “Americanism”.

Gu should not be overhyped as it is uncertain how Gu will approach her nationality issue and demonstrate her sense of national identity. - former Global Times editor-in-chief Hu Xijin

When the Beijing Winter Olympics opened in February this year, Gu dominated China’s social media with her good looks and outstanding skills, charming Chinese netizens with her mixed heritage features and fluency in Beijing-accented Chinese.

She became the pride of the Chinese people when she won two historic golds and a silver for China in freestyle skiing, and comfortably fielded sensitive questions from foreign media while standing on stage wrapped in the Chinese flag.

Towards the end of the Beijing Winter Olympics, Hu wrote a post saying that Gu should not be overhyped as it is uncertain how Gu will approach her nationality issue and demonstrate her sense of national identity. He suggested that there should be some room for manoeuvre in China’s promotion of Gu, to avoid being put in a difficult position in future.

After the Beijing Winter Olympics ended, Gu did not leave immediately but stayed in China for over a month. Video clips were circulated showing her mingling with the Chinese team, greeting and taking photos with passersby, adding to her likeability among the Chinese.

Some netizens asked why she did not write “Thank you, motherland” (谢谢祖国) instead.

However, Chinese netizens’ enthusiasm was dampened when Gu wrote “Thank you China” on social media when she prepared to return to the US in late April.

Some netizens asked why she did not write “Thank you, motherland” (谢谢祖国) instead. But others explained that such a phrasing is not used in English, and different languages have different expressions.

Furthermore, before the debate had fully subsided, Gu attended the Met Gala in New York in May and called herself “Asian American”, sparking another round of online complaints in China.

A Chinese in China and an American in the US

Gu’s achievements are closely linked to her talent and family background. She became a talented, confident person, capable of showcasing herself on the international stage at the age of 18, because of her exceptional personal gifts and the nurturing by her elite-born mother, which gave her an ideal learning environment.

On the other hand, it could also be said that Gu has leveraged her mixed heritage for her achievements.

Some views have it that as a child, Gu went to the US for better sports training, but came to Haidian in Beijing for extra academic lessons during the summer holidays, then returned to the US to take the SATs, in which she scored near-perfect results — the classic example of reaping all possible benefits by walking the middle path.

Furthermore, she did not choose a nationality before turning 18, but found fame and fortune by representing China, and then openly returning to the US, reaping more benefits from the countries’ policies.

...the rhetoric of “a beautiful vision for humanity” is somewhat weak in the face of huge commercial benefits. Reports estimate that Gu received over 200 million RMB in endorsements on her trip to China.

In explaining her actions, Gu deftly elevated it to the discussion of universal values, saying that this is a “beautiful example of globalisation”, connecting people through sports, and allowing more Chinese girls to go beyond their own limits.

However, the rhetoric of “a beautiful vision for humanity” is somewhat weak in the face of huge commercial benefits. Reports estimate that Gu received over 200 million RMB in endorsements on her trip to China.

Hu’s piece called for people to allow Gu to be a “cultural communicator” or connection between China and the US, and not a symbol of confrontation. This is a good vision, but it is not easy amid the real-world environment.

It will be increasingly difficult for Gu to say, "When I'm in China, I'm Chinese. When I'm in the US, I'm American."

Many Chinese netizens’ view of patriotism is itself in conflict with international competitive sports. For example, former Chinese volleyball player Lang Ping came under fire when she became a coach in the US, with netizens labelling her as a traitor. It would be even more difficult now, with current tense China-US relations.

With nationalism spreading in both China and the US, the grey area that Gu wants to tread will narrow. Gu does not seem a likely “communicator” and may not have the inclination to be one. In fact, not only has she not been able to bridge the gap between the people of both countries, she has become a point of contention.

It will be increasingly difficult for Gu to say, "When I'm in China, I'm Chinese. When I'm in the US, I'm American."