The Chinese calendar, based on observations of sun and moon, was chiefly used to mark agrarian time. With the dawn of the Republic of China in 1912, official calendars were reset to the Gregorian system. No matter that the start of the year was now 1 January, people’s lives were still much tied to the land. They welcomed the Spring Festival and Chinese New Year with relish, celebrating their well-earned rest from toil. Photo collector Hsu Chung-mao shares his precious images of celebrations in Beijing and Nanjing from a bygone era. Fairgoers blowing bubbles at the Confucius Temple lantern display. The floating bubbles lend an air of fantasy to the scene. 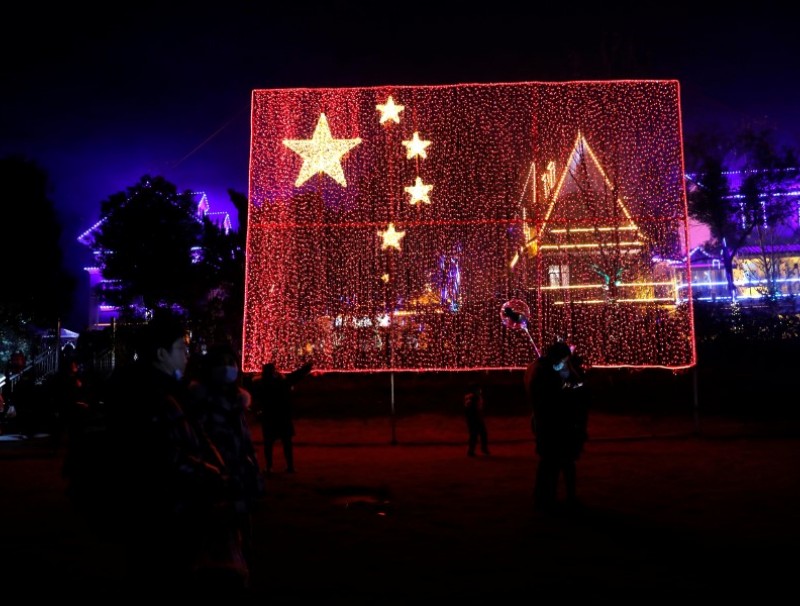 Candice Chan - 5 January 2021
A poll by the Global Times shows that 70% of respondents think that the Chinese government is doing the right thing with wolf-warrior diplomacy. But is this reflective of the general population? Zaobao correspondent Wong Siew Fong speaks to academics for their take.
Read more Candice Chan - 4 January 2021
Given rising cross-strait tensions, there have been increasing calls in mainland China for reunification by force with Taiwan. However, recent statements by key Chinese advisers on Taiwan issue seem to suggest otherwise, and Chinese academics have since been engaged in a debate. While both sides appear to be in opposition, Zaobao correspondent Yu Zeyuan thinks it is necessary to look beneath the surface.
Read more [Photo Story] Hong Kong was once the Hollywood of the East

Candice Chan - 30 December 2020
Hong Kong has produced many excellent films and stars in its time, especially during its heyday in the 1980s. Names such as Bruce Lee, Jackie Chan, and Chow Yun-fat are familiar to people in both Asia and the West. Historical photo collector Hsu Chung-mao brings back the shared memories of generations.
Read more China set to overtake US economy sooner than expected, but it is worried

Candice Chan - 30 December 2020
China has received favourable assessments from several quarters recently, from its handling of the pandemic to the way its economy is set to surpass the US’s earlier than planned. However, instead of revelling in such praise, China is keeping a relatively low profile. Zaobao correspondent Yang Danxu looks at why China is playing it cautious.
Read more How China is leading in the live-streaming e-commerce world

Candice Chan - 30 December 2020
Live-streaming e-commerce is fast gaining currency in China, not least when tapping on short video and “we-media” platforms. Supporting the “internet celebrities” who promote endless products through this avenue are a support network backed by AI and big data. Technology specialist Yin Ruizhi looks at how this new model is changing the face of retail.
Read more
Translated by Candice Chan on 20 January 2020

Chinese New Year, or Spring Festival, is the most important celebration for the Chinese. For an agricultural society, farming stops for the winter after the autumn harvest, and it is time to rest and recharge. Traditionally, it is also a time for the family to come together. Young people working and studying away from home return by New Year’s Eve and everyone gathers around. At midnight, firecrackers are let off to say goodbye to the old year and to welcome the new.

During the time of the Republic of China (1912-1949, when China was under the Kuomintang), agricultural production was China's main economic activity. Traditional Spring Festival celebrations were very lively and usually lasted from New Year’s eve to the 15th day of the first lunar month. Most stores and businesses only reopened on the fifth day of the new year, but some well-known marketplaces were open from the first day onwards, and were even more crowded than usual as everyone went there to shop and have fun.

The Changdian Temple Fair is the biggest temple fair in Beijing, and the only temple fair that is not named after an actual temple. Chang (厂, factory) refers to the factory for glazed tiles (琉璃厂) that was located there during the Ming dynasty. The open space around the glazed tile factory was called the changdian (厂甸). The glazed tile factory was one of the five major factories of the Ming dynasty. The other factories were two woodworks, one for giant timber and one for regular-size timber (神木厂 and 大木厂), a kiln (黑窑厂), and a facility dedicated to renovation and repair works in the Forbidden City (台基厂).

During the reign of Emperor Qianlong in the Qing dynasty, the glazed tile factory was shifted to the Mentougou district in west Beijing, and the cleared site became a place for the residents of Beijing’s outskirts to gather and trade, and gradually a marketplace.

Since then, during the first fifteen days of the first lunar month, the marketplace would be abuzz with Beijing merchants and their huge variety of stalls. The snack sellers and businessmen who were usually spread out all over the city would converge at the spot, attracting residents from in and out of Beijing to visit and taste the snacks. As the Changdian Temple Fair continued to be held year after year, it became a well-known Chinese New Year event in Beijing.

When the temple fair was on, the stretch from Hepingmen (和平门, Heping Gate) all the way to the end of South Xinhua Street (南新华街) would be chock-full of vendors and people. Step through Heping Gate and immediately all sorts of snacks and assorted goods hit the eye. The junction of South Xinhua Street and Liulichang East and West Streets was the heart of the action. Near the crossroads was Haiwangcun Park, the most crowded area where Beijing’s trademark snacks and children’s toys were sold. Liulichang West Street was where the literati gathered; this area saw a brisk trade in books and art. On the other side, near the Fire God Temple (火神庙, or Huode Zhenjun Temple 火德真君庙) on Liulichang East Street, was where gems and antiques were bought and sold. The temple fair promised something for everyone, and most people in and out of Beijing would have the shared memory of strolling through the Changdian Temple Fair.

Nanjing, historically, was made the capital of China by various governments and dynasties; it was the centre of political culture in southern China. In the centre of the city, the area around Confucius Temple on the north bank of the Qinhuai River could be said to contain the essence of Nanjing. Many major families of southern China were concentrated here, making it the most prosperous area in Nanjing, with vendors and businessmen gathered around Confucius Temple to form a street market.

During the festival, all sorts of colourful lanterns were displayed at Confucius Temple, while nearby vendors hawked their homemade lanterns to passing tourists. Each year, the lantern-makers thought of new ideas to get their lanterns to stand out, resulting in all sorts of novel designs. Apart from the lanterns, there were also snacks and assorted goods, as well as books, paintings, and calligraphy integrating Nanjing culture. Besides admiring the lanterns and stalls along Gongyuan Street in front of Confucius Temple, there was also the Qinhuai River scene to take in.

The temple fairs in the north and south of China showcase the vitality of traditional practices. They are not just commercial activities, but also reflect the strong family bonds and traditional religious beliefs among the Chinese, as well as the Confucian spirit of cooperation.

Culture
Taiwanese art historian: Searching for peace and strength on the island of Taiwan

Playing in the screw pine (pandan) jungles of Taiwan was a childhood pastime for Chiang... Playing in the screw pine (pandan) jungles of Taiwan was a childhood pastime for Chiang Hsun. But he had to be careful;...