A poll by the Global Times shows that 70% of respondents think that the Chinese government is doing the right thing with wolf-warrior diplomacy. But is this reflective of the general population? Zaobao correspondent Wong Siew Fong speaks to academics for their take. 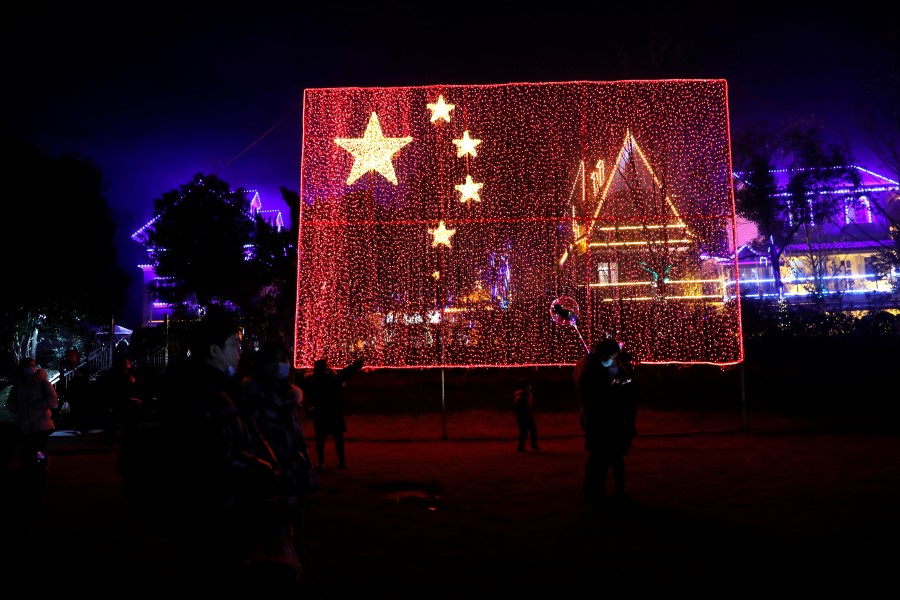 A giant Chinese national flag comprised of light bulbs is seen during a celebration event on New Year's Day, amid the coronavirus disease (COVID-19) outbreak, at a park in Wuhan, Hubei province, China, 1 January 2021. (Tingshu Wang/REUTERS) 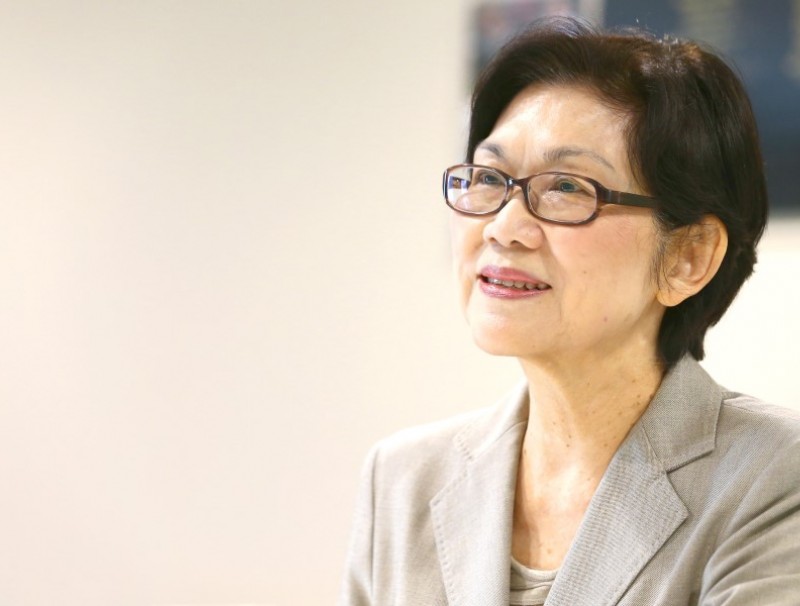 Candice Chan - 7 December 2020
Professor Chan Heng Chee, Ambassador-at-Large and Singapore’s former ambassador to the US, addressed the Lianhe Zaobao Singapore-China Forum on 4 December via Zoom. She said that there is still much that Singapore and China can work together on, such as in tightening the nuts and bolts of the recently signed RCEP, enhancing the ASEAN-China FTA, exchanging views on the CPTPP and WTO reform, and facilitating cooperation in the digital sector.
Read more 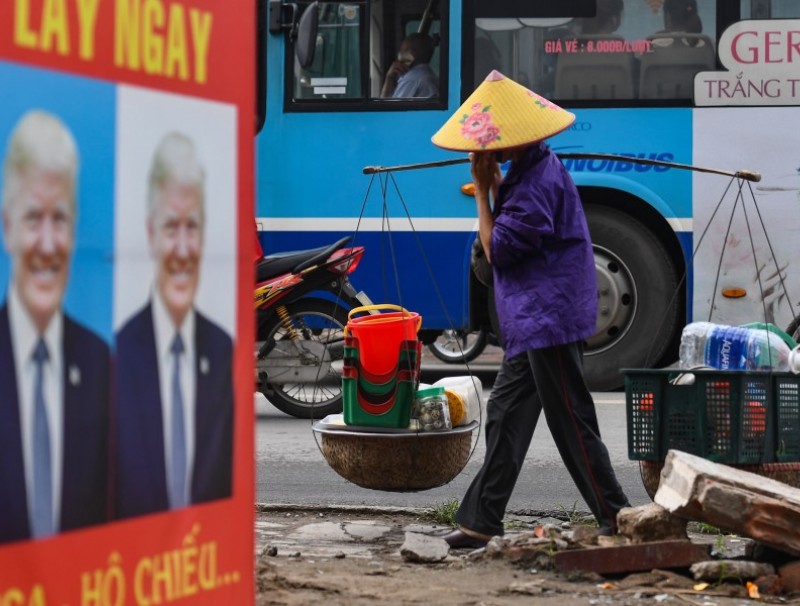 America's coming back — but ASEAN will cope, with or without her

Candice Chan - 4 December 2020
Since President Donald Trump yanked the US out of the TPP as part of his “America First” doctrine in 2017, Southeast Asia has been more without Trump than with. In fact, America is increasingly seen as a declining power in Southeast Asia and countries in the region are adjusting to this reality. ISEAS academic William Choong explains what this means for the US, China and ASEAN.
Read more

Japanese academic: Who will set the new rules in the Asia-Pacific region?

Candice Chan - 2 December 2020
How have China-Japan relations changed under the new Suga administration, and how will they continue to evolve? Japanese academic Tomoki Kamo takes a look at the language used and the diplomatic efforts of each country for clues about the power tussle between China and Japan.
Read more Japanese academic: If US diplomacy lacks a strong base, how can it demonstrate true leadership?

Candice Chan - 2 December 2020
Japanese academic Sahashi Ryo notes that with Biden taking office, the US needs to look at the changing needs of diplomacy and rebuild international relationships, and figure out how to negotiate its ties with China.
Read more

Candice Chan - 1 December 2020
Many Vietnamese feel that their country has benefited much from US President Donald Trump’s policies, such as his tough stance on China and the US-China trade war. However, that does not mean that US-Vietnam relations will lose its momentum under a Biden presidency as the two countries strategic goals are aligned, says ISEAS academic Le Hong Hiep.
Read more
Translated by Candice Chan on 5 January 2021

A poll published by China’s Global Times has shown that 70% of respondents think that “wolf warrior diplomacy” is right for China, while 40% believe that the Chinese government should maintain a tough stance on China-US issues.

Analysts think that this poll reflects rising nationalism in China, but does not necessarily mean that China will harden its diplomatic stance.

The annual poll by the Global Times Research Center on how Chinese people view the world was published on 2 January 2021, the 15th such poll by the research centre since 2006. Given the international attention paid to wolf-warrior diplomacy, this year’s poll gathered views on the issue for the first time.

Half of respondents feel wolf-warrior diplomacy is sufficiently tough

"Nationalistic conflicts over coronavirus diplomacy are on the rise, and there is obvious backlash from the people against the West, as reflected in the poll.” - Zhu Feng, Dean of the Institute of International Relations, Nanjing University

Also, 43.2% of respondents believe that China should not give way in China-US talks, while one-third think US products and services should be boycotted. Only 13.7% are of the view that the government should make appropriate compromises to quickly ease tensions.

Dean of the Institute of International Relations at Nanjing University Zhu Feng said the poll reflects the reality in China. “Many people feel that China did a good job controlling the coronavirus and contributed to global coronavirus efforts, but the US and Australia have kept up their criticism of China over the coronavirus. Nationalistic conflicts over coronavirus diplomacy are on the rise, and there is obvious backlash from the people against the West, as reflected in the poll.”

However, Prof Zhu stressed that the poll is just a political conclusion about wolf-warrior diplomacy and should not be seen as a signal that China’s foreign policy stance will continue to harden. Citing the China-EU investment deal where talks concluded on 2 January 2021, he said developing foreign relations remains a priority for China, and the latter has made concessions in the agreement.

Wang Jiangyu, a professor at the School of Law and the director of the Centre for Chinese and Comparative Law (RCCL) at City University of Hong Kong (CityU), gave a reminder that the poll mainly represents the readers of Global Times, which represents nationalistic sentiments and is not a comprehensive reflection of the consensus in China.

The debate over wolf-warrior diplomacy arose with the Chinese foreign ministry’s strong response to questions raised by other countries following the coronavirus outbreak.

Diplomatic rhetoric and actions need to be taken separately

Some responses by Chinese officials have been tough, while others have been more measured. On 10 December 2020, foreign ministry spokesperson Hua Chunying said: “I don't see any problem in living with that ‘wolf-warrior’ title, as long as we are fighting for China's sovereignty, security and development interests, national dignity and honor, and international fairness and justice.”

On 30 November 2020, Yang Jiechi, director of the Office of the Central Commission for Foreign Affairs, wrote a commentary in People’s Daily, where he emphasised creating a conducive external environment, holding to and improving an independent, autonomous, and peaceful foreign policy, as well as strengthening the unified leadership of the party and strengthening its leadership system in foreign affairs.

Even as China talks tough, it is actively making friends internationally.

According to Prof Zhu, China’s erratic and unpredictable diplomatic rhetoric shows that it is trying to seek a balance between rising peacefully and integrating more with the rest of the world, as well as standing up to external pressure while holding firm to its diplomatic position.

Notwithstanding, said Prof Wang, China’s tough rhetoric would probably continue. “But we have to take diplomatic rhetoric and actions separately.” Even as China talks tough, it is actively making friends internationally.

Related: Yes, there is a problem with being a wolf warrior | ‘Wolf-warrior diplomacy’: China's new normal? | The problem of inappropriate language in China's diplomacy | Is China the 'big bad wolf' the US has made it out to be?