Is Chinese support the main reason for Cambodia's success with pandemic control?

Cambodia, a lower-middle-income country, has enjoyed relative success in fighting the Covid-19 pandemic. Approximately 88% of the entire Cambodian population has been vaccinated, which makes it ranked 6th globally and only behind Singapore in ASEAN. Some have credited Cambodia’s success as a result of Chinese support, but academic Bradley Murg thinks that many other reasons are just as important. 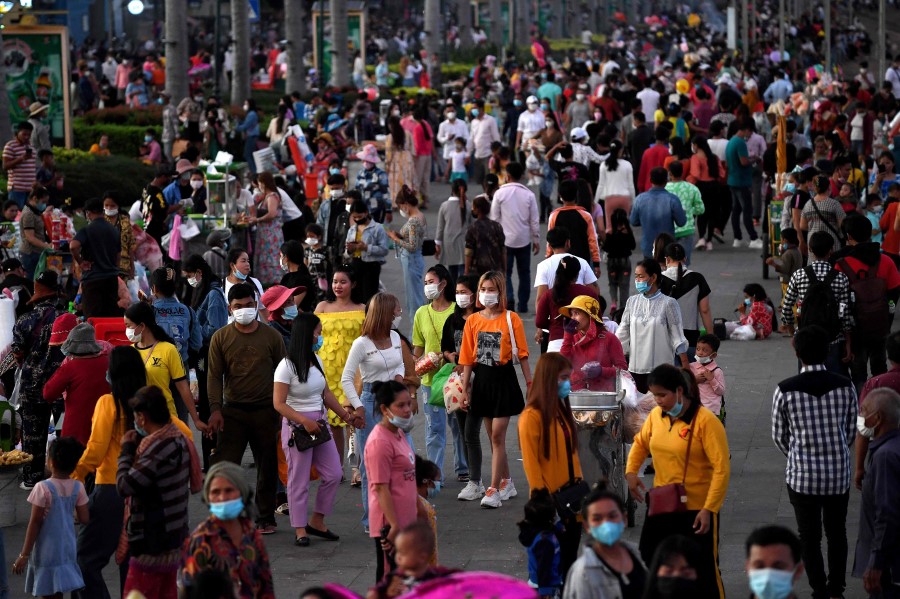 People walk along the riverside in front of the Royal Palace in Phnom Penh on 19 November 2021. (Tang Chhin Sothy/AFP) Candice Chan - 16 November 2021
The 26th Conference of Parties in Glasgow (COP26) concluded with several high-level political pledges delivered, but it is another matter if they will be followed through. For the Southeast Asian region, Indonesian commitments to the phase down of fossil fuel subsidies and the global goal to end deforestation by 2030 will be critical. The broken promise of climate finance may also affect several Southeast Asian countries' ability to see through their pledges. China's climate leadership on the phasing out of coal has taken a hit but amid the gloom, there are some bright spots, not least China and the US finally finding some common ground.
Read more 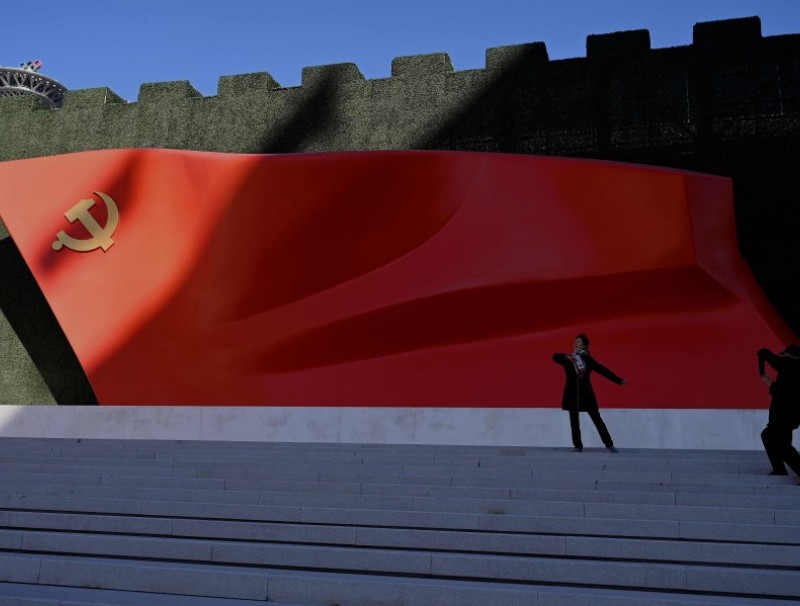 Candice Chan - 12 November 2021
The Communist Party of China has just passed a resolution on the party’s achievements over its 100-year history, the third of such resolutions. Zaobao’s associate editor Han Yong Hong notes that the resolution seeks to turn the page on the past and pave the way for the party’s leadership guided by “Xi Jinping Thought on Socialism with Chinese Characteristics for a New Era”. This includes building a governance framework based on Marxist ideology, and creating a society that supports “whole-process people’s democracy” or “Chinese-style democracy”. Will China be able to beat the West at their own game by seizing the democracy narrative?
Read more 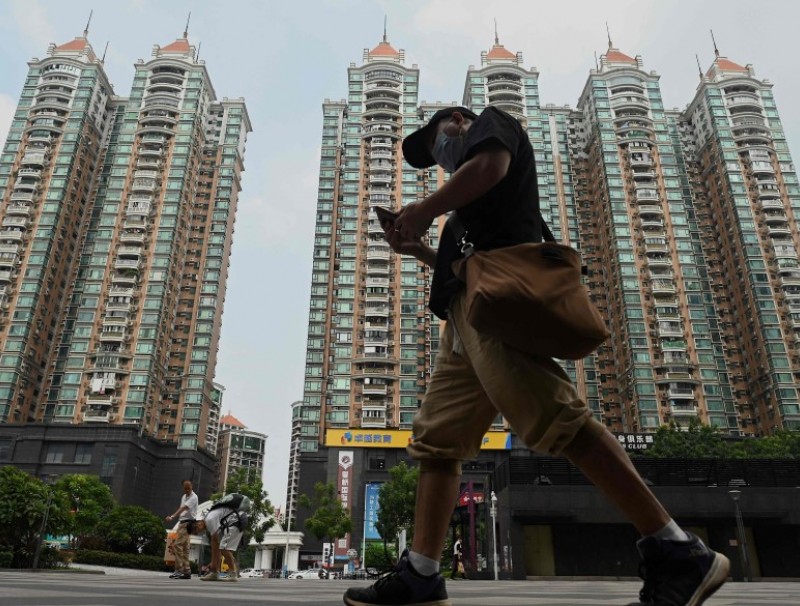 Candice Chan - 11 November 2021
Qin Yu notes that the property market will cool somewhat, if people’s housing price expectations go down. But this might at the same time bring down property prices too much. How can the right balance be struck?
Read more Candice Chan - 11 November 2021
A virtual summit between US President Joe Biden and Chinese President Xi Jinping will allegedly be held next week. However, with comments from the White House that the meeting is not about deliverables, and the US’s continued attacks such as Biden’s criticism of China’s non-appearance at the recent UN climate change conference in Glasgow, are prospects for major breakthroughs bright? Zaobao correspondent Edwin Ong looks at what the session might bring.
Read more Candice Chan - 10 November 2021
Although geopolitics is encroaching onto climate change discussions, a poll shows that Southeast Asians remain objective and pragmatic. Achieving climate goals in the region depends on realpolitik and ASEAN leaders’ shrewdness in tapping resources from all major powers.
Read more
Translated by Candice Chan on 23 November 2021

Cambodia has accelerated its re-opening to global trade and travel by lifting quarantine restrictions for fully vaccinated travellers with negative test results since 15 November — the first ASEAN country to do so.

The decision follows two weeks of rapid-fire administrative directives resulting in the reopening of schools and universities, resumption of flights to the kingdom, and an economic "return to normal" with mask, social distancing, and vaccination requirements in place starting from 1 November.

On 15 November, Phnom Penh residents woke up to the city’s notorious traffic congestion — something unseen since the "20 February Community Event" that saw the largest Covid-19 community outbreak in the country and led to strict lockdown measures in April 2021.

As Europe confronts a fourth wave of Covid-19 while much of the world and Southeast Asia remains either closed to travel or with lengthy quarantine measures required, Cambodia’s reopening might appear as something of a surprise.

While the kingdom has experienced significant growth in recent years, it remains a lower-middle-income country and does not possess the resources comparable to most of its ASEAN peers in combating the virus and its ancillary effects. How then has Cambodia managed to reopen so soon?

First, by avoiding the Covid-19 community spread throughout 2020, Cambodia had invaluable time to prepare itself for the virus’ inevitable arrival. It stockpiled masks and personal protective equipment through direct purchases by the government or supplies from donor states and organisations. As the author observed during his fieldwork in mid-2020, local commune chiefs literally "opened the doors" and showed how well stocked they were in the event of a community outbreak.

At the same time, a public education campaign helped to facilitate understanding of disease transmission and social distancing measures. Following the 20 February event, a QR code system was launched in March for all businesses and institutions to facilitate contact tracing. Close cooperation between the World Health Organization (WHO) and the Ministry of Health helped support containment measures.

As of 15 November, approximately 88% of the entire Cambodian population has been vaccinated — ranking 6th globally and only behind Singapore in ASEAN.

These factors certainly had a positive impact on the Covid-19 situation in Cambodia. But the primary factor behind the kingdom’s reopening is the rapid, nationwide vaccination programme. Two elements are essential here: the supply of vaccines and the capacity to deliver them.

As of 15 November, approximately 88% of the entire Cambodian population has been vaccinated — ranking 6th globally and only behind Singapore in ASEAN. Phnom Penh recently re-opened its third round "booster shot" campaign, and this initiative had been overwhelmingly completed by end-October.

Cambodia has received significant vaccine donations from China (six million doses of Sinovac), the United Nations’ COVAX facility (AstraZeneca), the US (one million doses of Johnson & Johnson), and others.

The Cambodian government also purchased nearly 30 million doses of Sinovac, utilising its cash reserves while marshalling financial support from wealthy supporters of the ruling Cambodian People’s Party (CPP) — which, it must be noted, has been criticised in various quarters. Cambodia’s long-term investment in capacity building for its ministries has clearly borne fruit — the kingdom was financially well-equipped to purchase significant supplies of vaccines.

Some have sought to frame Cambodia’s success as being simply derivative from Chinese support, but this misinterprets the realities on the ground and underestimates contemporary Cambodian state capacity.

Cambodia received the first delivery of 600,000 Chinese-donated Sinovac doses in early February and 324,000 doses from COVAX in early March 2021. By 15 March, 1.5 million purchased Sinovac doses had arrived, and by mid-April, nearly 1 million Cambodian people had been vaccinated.

The campaign proceeded apace — with the time of vaccination determined by an individual’s employment (government officials, health workers, and teachers at the front of the queue) and geographic location (Phnom Penh initially, with a rapid rollout to the provinces).

The uptake was overwhelming yet well organised, with vaccination dates and locations made clear by local government officials, and the kingdom’s now ubiquitous, plastic "blue cards" (a QR-code based records system that records the receipt of the vaccine and the date and type of vaccine received). These are now required, at least technically, for entry into any business. Initial concerns about counterfeit vaccine cards rapidly subsided as there was no need to do so — vaccinations were provided to all residents at no charge and at a quick pace.

It will not be plain sailing, however. Testing, while widespread with rapid tests readily available and regularly utilised, has become unofficial in nature, yielding questions as to whether the kingdom’s caseload is as low as officially reported.

Only 52 new cases were reported on 15 November, significantly below what most observers see as probable. The positive rate, which measures the share of tests returning a positive result, fell from 12.8% on 28 May to 3.5% on 12 July (no data is available thereafter; the WHO suggests that rates under 10% indicate adequate testing).

Additionally, one cannot ignore the economic pressure on the decision to re-open the kingdom. Covid-19-induced travel restrictions have had crushing effects on Cambodia’s tourism industry, one of the core components of its GDP, as well as knock-on effects throughout the economy, especially the hospitality industry, real estate, and SME sectors.

Cambodia is in a very different place in terms of state capacity than just a decade ago. Its relative success at fighting Covid-19 should be recognised as it prepares to begin its role as ASEAN chair next year. Yet, continued vigilance is needed, as the government notes in its establishment of new "standard operating procedures" for weddings, social gatherings, and education.

For now, Cambodia hopes that its re-opening will reinvigorate its economy and provide a gentle "nudge" to fellow ASEAN members to move ahead with a regional travel bubble and green lane travel agreements. Whether they will do so remains an open question.