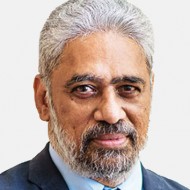 Professor C. Raja Mohan is Visiting Research Professor of the Institute of South Asian Studies at the National University of Singapore. He was previously the director of the institute. Earlier, Professor Mohan was a professor of South Asian Studies at Jawaharlal Nehru University, New Delhi, and at the S Rajaratnam School of International Studies, Nanyang Technological University, Singapore. Professor Mohan has been associated with a number of think tanks in New Delhi, including the Institute of Defence Studies and Analyses, the Centre for Policy Research and the Observer Research Foundation. He was also the founding director of Carnegie India, New Delhi — the sixth international centre of the Carnegie Endowment for International Peace, Washington DC. Professor Mohan was the Henry Alfred Kissinger Chair in International Affairs at the United States Library of Congress, Washington DC, from 2009 to 2010. He has served on India’s National Security Advisory Board and also led the Indian Chapter of the Pugwash Conferences on Science and World Affairs from 1999 to 2006. 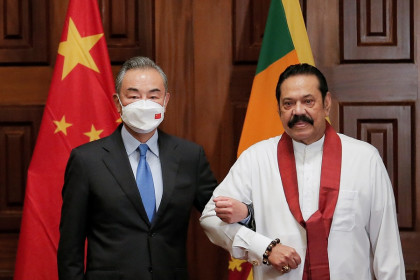 By C. Raja Mohan 11 Jan 2022
Chinese State Councilor and Foreign Minister Wang Yi’s swing through three strategic island states — the Comoros, Maldives, and Sri Lanka — as part of his annual African tour at the beginning of January underlines China’s continuing quest for a larger role in the Indian Ocean. Are China’s economic incentives and themes of non-intervention and sovereign equality resonating with the Indian Ocean littoral at the expense of India and the US? 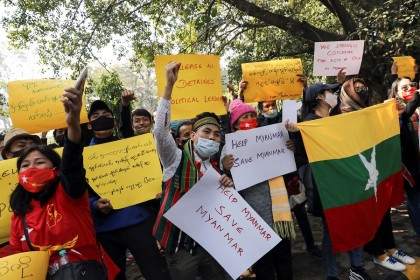 India needs a united, democratic Myanmar outside China's strategic orbit. Can that happen?

By C. Raja Mohan 10 Feb 2021
In recent decades, India’s engagement with Myanmar has been shaped by Delhi’s growing regional contestation with Beijing as well as its growing strategic partnership with the US. As a close neighbour with clear stakes in the region, India has to tread carefully. In the aftermath of Myanmar’s latest military coup, how will it tread even more lightly, neither helping to drive Myanmar into the arms of China, nor forsaking the values it shares with allies such as the US? India gets ready for shifts in US-China relations under Biden

By C. Raja Mohan 12 Nov 2020
Much in the manner that a poor and a turbulent China became a critical element in the US-Soviet competition during the 1970s, even a weak India could have some bearing on the evolution of the Asian balance of power, vis-à-vis US-China relations, says Prof C. Raja Mohan. In recent years under the Trump administration, Delhi ended its historic hesitations about deeper military and security cooperation with the US by embracing the Indo-Pacific strategy and helping to revive the Quad. What will be the future direction of India-US relations under the new Biden presidency? What would that mean for China? China in the Gulf: India overmatched but undaunted

By C. Raja Mohan 14 Aug 2020
Based on history, culture ties and the flow of people throughout the Indian subcontinent, Persia and Arabian peninsula, India has had a natural advantage over China in engaging the Gulf. But in recent years, this seems to be no more. A reported partnership between China and Iran worth some US$400 billion over 25 years is just the latest in a string of footholds China is carving out in the region. India is realistic enough to know it is unwise to embark on a geopolitical competition with Beijing in the Gulf. Rather, it will play to its own strengths, says Professor C. Raja Mohan, director of the Institute of South Asian Studies at NUS.