US House Speaker Nancy Pelosi visited and left Taiwan safely. While she spent 19 hours in Taiwan with seemingly little consequences to herself and the US for now, it is Taiwan that has to bear the brunt of Beijing’s wrath. Did Pelosi's visit accomplish anything? In the case of mainland China, its people are expectedly mad about Beijing's mild actions towards the US, but the current situation could be to Beijing's advantage. US House of Representatives Speaker Nancy Pelosi waves with other members of the delegation as they board a plane before leaving Taipei Songshan Airport, in Taipei, Taiwan, 3 August 2022. (Taiwan Ministry of Foreign Affairs/Handout via Reuters) Candice Chan - 3 August 2022
Ukrainian academic Olga Brusylovska explains why the world economy and food supply are in turmoil from the Russia-Ukraine war, and how the war is also affecting China-Ukraine relations and China's trade and investments in Ukraine.
Read more 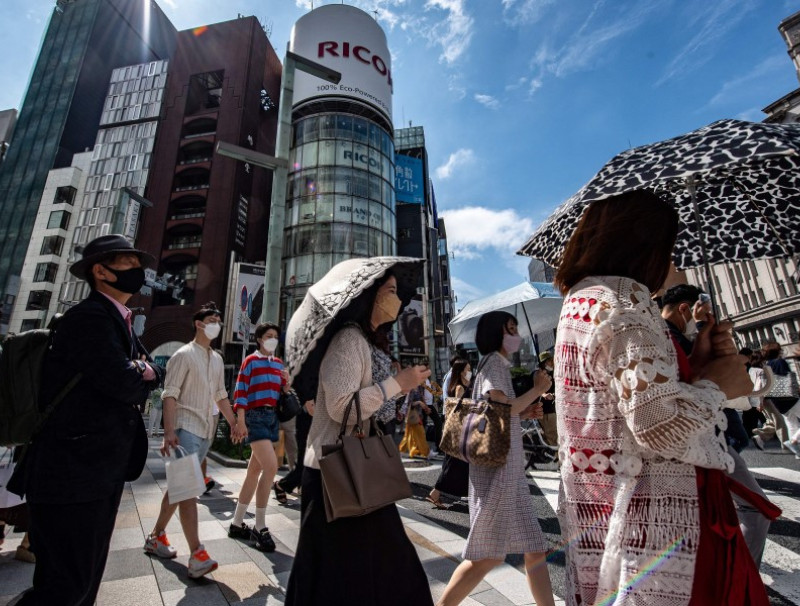 At US$3.2 trillion, Japan's overseas assets is still expanding

Candice Chan - 3 August 2022
Economics professor Zhang Rui believes that Japan’s massive hoard of overseas assets, along with its ultra-loose monetary policy, has allowed its domestic economy to thrive even amid a weakening currency. In addition, the government’s fiscal policies have also made it easy for Japanese investors to venture overseas, adding to Japan’s financial prowess.
Read more Candice Chan - 2 August 2022
US House Speaker Nancy Pelosi is enroute to Taiwan for a visit that has kept the Biden administration and both sides of the Taiwan Strait on tenterhooks in past weeks. Whatever happens next, the people of Taiwan may be on the losing end. Taiwanese commentator Chen Kuohsiang explains the implications.
Read more

The stories behind the woodcuts

Candice Chan - 2 August 2022
A gift from a friend prompts former journalist Lim Jen Erh to think about the stories behind the scenes depicted in woodcuts, from simple days in school to the final days of the tongkangs on the Singapore River, and the artform that can be traced back to China, especially the modern woodcut illustration movement led by literary giant Lu Xun in the 1930s.
Read more Candice Chan - 2 August 2022
China’s “Asian way” is an all-embracing idea and a coded language to discredit other countries’ actions that are deemed harmful to China’s strategic interests. A simple version is: the West seeks to divide through confrontation and exclusion, while the “Asian way” seeks to unite through dialogue and inclusion. ISEAS academic Hoang Thi Ha examines the validity of that narrative.
Read more
Translated by Candice Chan on 5 August 2022

US House Speaker Nancy Pelosi’s earth-shaking 19-hour visit to Taiwan is over. The 82-year-old has made a shining achievement in her political career, but leaves behind a murky outlook for China-US relations and intensified cross-strait opposition. Taiwan now faces the new norm of economic actions and military threats from mainland China, three days of “pseudo-lockdown”, and the disregard of the Taiwan Strait median line.

A tussle with no gunsmoke

An hour after Pelosi’s departure from Taiwan at around 6pm on 3 August, China announced the arrest of a Taiwanese man allegedly involved in “Taiwan independence” separatist activities.

This is just the start of Beijing’s retaliation. That night, the websites of Taiwan’s defence and foreign ministries were hacked — and the defence ministry website is, embarrassingly, still down at the time of writing. The day before, the presidential office website was also attacked by overseas hackers. These cyberattacks did not lead to major damage, but was a clear warning that more critical websites could be next. As Taiwan academic Alexander Huang assesses, a “tussle with no gunsmoke” might have begun, and such “grey zone tactics” will be more frequent.

The Taiwan military’s non-response is a quiet acknowledgement that the median line no longer exists.

The “grand show” of mainland China’s retaliation against Pelosi’s Taiwan visit began on 4 August, including the much-discussed “key military operations” held by the People’s Liberation Army (PLA) in six air and sea locations around Taiwan, all of which crosses the Taiwan Strait median line. The Taiwan military’s non-response is a quiet acknowledgement that the median line no longer exists. Furthermore, the largest exercise location extends into Taiwanese waters, just 20 kilometres from major port city Kaohsiung in Southern Taiwan.

Conducting large-scale exercises around Taiwan is also a grey zone tactic, which can escalate into military action at any time — if it turns into a landing operation, the PLA is just 20 kilometres away from the island. China is also choosing its words carefully, calling it an “operation” (行动, xingdong) and not just an “exercise” (演习, yanxi).

US does not want a total confrontation

At the same time, on the afternoon of 4 August, the PLA launched 11 Dongfeng ballistic missiles and two long-range rockets in waters near northeast and southwest Taiwan. Beijing has also imposed economic sanctions on Taiwan, halting imports of produce and exports of natural sand.

All these political, military and economic retaliatory measures were implemented after Pelosi left Taiwan. Ironically, Pelosi said that her visit to Taiwan was to “make unequivocally clear [the US] will not abandon [its] commitment to Taiwan”, but her actions proved otherwise.

Pelosi arrived in Taiwan on 2 August as if entering no man’s land, and left safely the next day. After one “peaceful” night, the PLA came in to show its strength to lock down Taiwan. While it is not an armed reunification, it truly shows mainland China’s capability to do so, a preliminary show of arms and a dry run of “locking down Taiwan to force reunification”.

During the entire process, the Chinese and US militaries kept a safe distance; the US’s aircraft carrier USS Ronald Reagan did not sail near the Taiwan Strait or even enter the first island chain.

However, it seems that China and the US had made a discreet deal, as Pelosi took a longer route by flying around Indonesia and the Philippines and avoiding the South China Sea altogether to reach Taiwan, and the PLA only launched its military drills after she had left.

A Taiwanese commentator described the PLA’s recent moves as “attacking a trapped dog” (关门打狗, guanmen dagou, lit. hit the dog behind closed doors). This is perhaps the outcome of the deal between China and the US, who clearly do not want a total confrontation. The US cannot afford to be under pressure in both Ukraine and the Taiwan Strait. More importantly, the PLA’s strength has grown exponentially since the last crisis.

US government will not abandon Taiwan

Ultimately, Pelosi’s Taiwan visit did not escalate into a China-US showdown, and Beijing was able to take advantage of Pelosi’s provocative move to rewrite the dynamics of Taiwan Strait security and create a more conducive military and psychological situation for itself. While there were no dramatic actions such as the escorting of Pelosi’s plane, it already had a strong deterrent effect on Taiwan, which is now stuck between a rock and a hard place.

As expected, when countless mainland Chinese expressed their disappointment with the PLA for letting Pelosi off the hook on 3 August, the Chinese foreign ministry firmly asserted that “what needs to be done will be done”.

Indeed, this is exactly what the mainland seeks to achieve — a victory without battle, and forcing a low-cost outcome of political negotiation by “trapping Taiwan”.

Despite China’s “key military operations”, none of Taiwan’s ports are completely trapped. Clearly, the mainland’s unprecedented intensive drills around Taiwan are largely psychological deterrents. Indeed, this is exactly what the mainland seeks to achieve — a victory without battle, and forcing a low-cost outcome of political negotiation by “trapping Taiwan”.

However, it is difficult to say just how effective the mainland’s display of strength and psychological deterrent is in reversing the Taiwan people’s desire for “Taiwan independence”.

While Pelosi’s Taiwan visit will blow over, China-US competition over Taiwan will not cease.

Also, while a US politician can make a high-profile visit to Taiwan for their self-interest and then leave, the US government has different considerations and plans. Due to the key strategic location of the Taiwan Strait and the long-term dynamics of China-US rivalry, the US government will not easily “abandon Taiwan” as its politicians could do.

While Pelosi’s Taiwan visit will blow over, China-US competition over Taiwan will not cease. In the next crisis, should Beijing’s countermeasures be too harsh and cause regional tensions to escalate and spin out of control, other countries in the Asia Pacific region would get more concerned. If that happens, the US and international society would in turn have a legitimate reason to intervene.

Related: Taiwan likely to become biggest loser with Pelosi's visit | China and the US not ready for showdown over Taiwan | Taiwan: A runway for great powers to flex their muscles? | Has China’s propaganda on the Taiwan situation failed its public? |  Nationalist sentiment exploding in China over Pelosi's visit