Hemant Adlakha, PhD, is Professor of Chinese at Jawaharlal Nehru University in New Delhi. He is also the vice-chairperson and an honorary fellow at the Institute of Chinese Studies in New Delhi. His areas of research include political discourse in the PRC and modern Chinese literature and culture. His PhD thesis was titled "Modernisation and the State in Contemporary China: Search for a Distant Civil Society". He has published articles in Chinese and in English. He is a member of the International Editorial Committee of the International Society for Lu Xun Studies in Seoul. His most recent publications include "Confucius" in Encyclopaedia of Race and Racism, 2nd Edition, “BRI: Elusive Mandarin Phraseology or Grand Geopolitical Strategy" in The Belt and The Road Initiative: Implications for India (2021), “BRICS: A Key Mechanism in Beijing’s Global Governance Strategy” in BRICS and Multipolar World (Edited Volume) (2019) and “The CPC and the Tibet Question: Revisiting Hu Yaobang’s Historic Visit to Tibet in 1980” in Tibetan Review, 30 January 2019. His articles have appeared in The Diplomat, Japan Times, Modern Diplomacy, The Hindu and Indian Defence Review, among others. By Hemant Adlakha 22 Jun 2022
The joint statement issued following the Quad leaders’ summit in Tokyo on 24 May neither condemned Russia’s invasion of Ukraine nor committed the quartet to imposing economic sanctions on Russia. The twin failure or reluctance was largely attributed to India’s unwillingness to jeopardise its deep ties to Russia. But even before the Russia-Ukraine conflict, analysts have been describing India as an “outlier” in the group. Is India really the weakest link, or will it eventually emerge as the keystone in the quartet? By Hemant Adlakha 24 Feb 2022
While some China observers believe that China has sought to displace America from the regional and global order and possesses a grand strategy in the military, political and economic realms, Indian researcher Hemant Adlakha asks if this sense of threat is a mistaken perception or even a grand illusion. But even as the Chinese repeatedly deny such ambitions, Washington looks set to tighten the noose around Beijing. In such an event, China will be left with no choice but to challenge the US twin strategies of encirclement and containment. 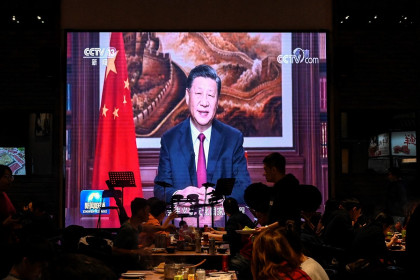 By Hemant Adlakha 20 Jan 2022
A Chinese idiom says: If you ride a tiger, it’s hard to get off! Since being handed the reins by the Communist Party of China a decade ago, Xi Jinping hasn’t experienced “the year of the tiger” according to the Chinese zodiac. He will be riding into the tiger year this crucial year of 2022. Speculations are running high in China as everyone is asking: does Xi know how to get off a tiger?