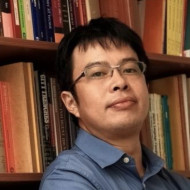 Ming-sho Ho is the director of the Research Institute for the Humanities and Social Sciences, National Science and Technology Council (Taiwan) and a professor in the Department of Sociology at National Taiwan University. His research interests include social movements, the sociology of labour, and environmental sociology. He is the editor/author of books such as Environmental Movements and Politics of the Asian Anthropocene (2021), co-edited with Paul Jobin and Michael Hsin-huang Hsiao, and Challenging Beijing’s Mandate of Heaven: Taiwan’s Sunflower Movement and Hong Kong’s Umbrella Movement (2019). He has also published his work in various journals including Journal of Contemporary Asia, Current History and International Journal of Taiwan Studies. 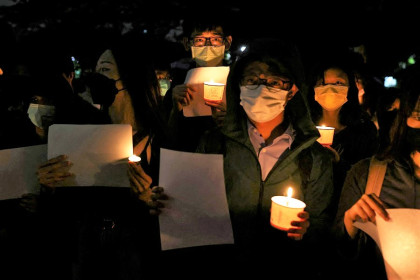 Why did the Taiwanese support China's A4 revolution?

By Ho Ming-sho 17 Jan 2023
Taiwanese academic Ho Ming-sho asserts that Taiwan’s show of solidarity with protestors in China’s A4 revolution is better understood under the lens of the history of the island’s pursuit of its own identity. He explains why Taiwan’s civil-society actors chose to react to the protests on universal values, rather than national sentiment.