How to improve China-US relations? Follow these three laws

Wei Da observes that those who paint China and the US as mortal enemies are gravely mistaken or simply disingenuous. In history, the two countries have found a way to work together and even had some honeymoon periods. The truth is, China is well aware that countries with good relations with the US prospered, and it would not like to veer too far away from a similar path. Will deep-seated issues such as ideology and modes of governance get in the way? 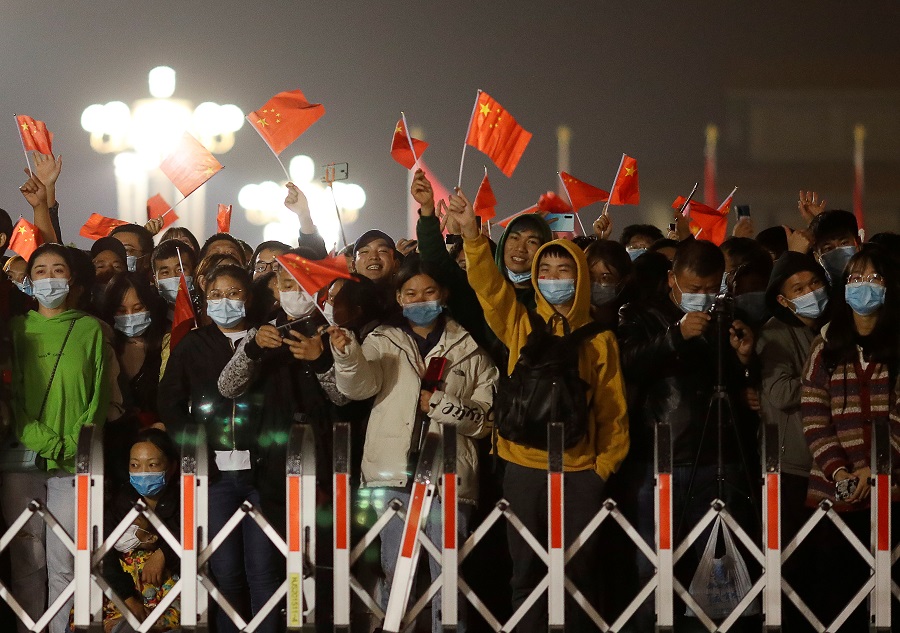 Grace Chong - 12 May 2021
In the CPC’s leadership renewal plans, the post-70s generation plays a leading role, having by this time risen to middle and senior positions. Yang Danxu takes stock of political stars in this generation as they take up key positions at the provincial level in the lead-up to the Communist Party of China (CPC)’s 20th Party Congress in 2022.
Read more
Translated by Grace Chong on 24 November 2020

It is a known fact that the relationship between China and the US is the most important and complex bilateral relationship in the world today. Yet, there are also numerous misperceptions about it. I will first give a few examples of such misperceptions before elaborating on the three laws of China-US relations.

Firstly, some people instinctively think that the clash between China and the US is civilisational and includes aspects such as culture, race, religion, tradition, and so on. Frankly speaking, exaggerating the origins and backgrounds, as well as magnifying the differences or contradictions between two civilisations, to the point of labelling them as a civilisational clash is not just paranoia or narrow-mindedness but reeks of having an agenda.

History and reality have shown that the two civilisations of China and the US can seek common ground while putting aside their differences; they can achieve harmony in diversity and pursue mutual benefits and complementarity. The opportunistic approach of using war films such as Shangganling (《上甘岭》, The Battle of Triangle Hill) and Lover's Grief over the Yellow River (《黄河绝恋》) to frame and interpret China-US relations should not become the norm.

Secondly, some people believe that the fundamental driving force behind intense confrontation and even conflict between China and the US is the fact that the US is the incumbent superpower while China is an emerging and rising power. But reality tells us that it is the US with 245 years of history that is still a flourishing, strong and advanced civilisation. China, on the other hand, with its 3,000 years of history, is somewhat old and it remains to be proven if it can advance further in the future. We must not reverse the order and misread the larger picture, deceiving ourselves and others.

... if China observes today that it is increasingly at odds with the US, this would have little impact on the US but serious consequences for China.

Next, if China truly wants to modernise and develop, it has to introduce and establish a modern mechanism that helps it to reform and renew itself effectively. But what exactly is this mechanism? China has been caught up in internal arguments over this issue since 1840. But one thing is certain: at the very least, this new mechanism should not be antithetical to the US’s mechanism.

Deng Xiaoping realised very early on that the countries that had good relations with the US all became prosperous. That is to say, if China observes today that it is increasingly at odds with the US, this would have little impact on the US but serious consequences for China. The US is a mirror and benchmark of civilisation; China should seize this opportunity to make clear its position and direction it is headed towards to avoid losing itself.

Three laws of evolution can be drawn from nearly two centuries of ups and downs in China-US relations since modern times. Understanding these three laws would lead to the improvement of China-US relations, while failing to do so would result in worsening relations or even armed conflicts.

Differences in ideology and modes of governance could be deal-breaker

First, China-US relations must be premised on a sound strategic approach and direction. This means that any acts of tinkering at the tactical level, or alternating between soft and hard approaches, will be inconsequential and meaningless.

China-US relations have seen two honeymoon periods in modern times. The first one lasted 20 years between 1930 and 1950, while the second one lasted 40 years between 1978 and 2018. The first honeymoon period happened as a result of the Second World War. Both China and the US were anti-fascist and a powerful sense of justice forged a strategic bond between the two countries.

... while China-US relations concern both parties, how China acts has a greater impact on the relationship than changes within the US

The second honeymoon came about mainly because of China’s implementation of its reform and opening up policy. This policy shifted China’s focus from internal struggles to economic development and its ideology from ultra-leftism to pragmatism, opening up a society and culture that was once closed. This major series of positive and rational strategic changes led to the all-round development of China-US relations. Without a sound macro strategy, China-US relations would not have progressed in the regular way that it did.

Secondly, in China-US relations, the US is a constant variable as it is in an advanced stage of civilisation, while China is still a wild card as it had stumbled and wasted time in the past and only developed much later. That is to say, while China-US relations concern both parties, how China acts has a greater impact on the relationship than changes within the US, such as changes in the government or having a different president.

For example, the foundations, principles, and systems of the US rarely encounter severe subversive challenges and are firm and stable. On the other hand, China’s traditions are more complicated — early last century, the Qing dynasty could only face its doom and give way to the new republic. Changes and reforms in China have had a much greater impact on China-US relations.

Thirdly, it is necessary to ensure that differences in ideology and modes of governance do not become a core source of conflict between China and the US. It is also important to prevent them from taking on the appearance of geopolitical power struggles or national sovereignty contests. Conflicts developing based on differences of ideology and modes of governance will put China-US relations in jeopardy to the point of no return.

The difference is, geopolitical power struggles deal with interests but rarely involve a fight to the death — you can have a larger share because you are the boss, and I can have a smaller share because I am next in line. However, confrontations of ideologies and modes of governance are black and white — there can be no middle ground. The fact is that implementing the so-called “one country, two systems” is easier said than done. And now, even the US is talking about “decoupling”. This goes to show that “people with different values cannot work together” (道不同不相为谋), as accurately described by a Chinese saying.

Related: Why modernising China is so difficult | There is no grave crisis in the US; China must not read the US wrongly | What is China's biggest challenge? | What can Deng Xiaoping teach us about diplomacy today? | The US is getting old but China is still too green