News of the arrest of an individual surnamed Ma in the technology industry in Hangzhou on suspicion of endangering national security led to a sharp drop in the stock market, as people associated the name with Jack Ma, co-founder of Alibaba. Zaobao’s Beijing correspondent Yang Danxu notes that perhaps this is not so surprising, given Jack Ma’s previous trouble with the Chinese government, especially during the crackdown on the “disorderly expansion of capital”. 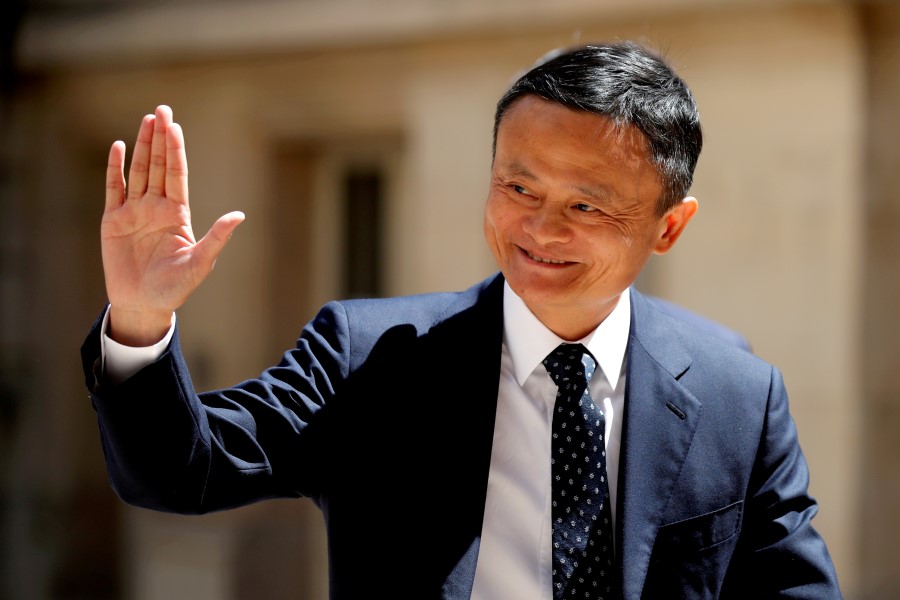 Candice Chan - 20 June 2022
The newly launched Indo-Pacific Economic Framework for Prosperity has arguably low or no ambition around market access, but perhaps because of its non-contentious nature, could be a promising start. Countries in the region welcome options amid fears of Chinese economic coercion and may just provide the momentum needed when the time is ripe.
Read more
Translated by Candice Chan on 4 May 2022

The news of someone surnamed Ma landing himself on the wrong side of law led to a fiasco that sent the Chinese capital market into a cold sweat.

Around 9 am on 3 May, Chinese state media released shocking news that the Hangzhou security bureau on 25 April took “criminal coercive measures” on an individual with the surname Ma, suspected of colluding with outside anti-China forces in efforts to divide the country and subvert the state, and to endanger national security. The man’s full name in the report contained two Chinese characters, with the given name unspecified.

The news was just a few dozen words in length, but immediately there was online speculation about the identity of this “Ma” from Hangzhou. Netizens stuck at home scrolling through their phones over the Labour Day holiday engaged in intense debate with various guesses coming in one after another.

Some netizens were convinced that the more vague and ambiguous the authorities were in the release of such news, the more fishy the matter was. Everyone was reminded of "Hangzhou's most famous entrepreneur” Jack Ma, or Ma Yun in Chinese, who had fallen foul of the Chinese authorities’ crackdown on disorderly capital expansion, and thought a purge was in the offing.

The capital market responded quickly to the suddenly tense atmosphere. When the Hong Kong stock market opened on 3 May, popular technology stocks fell — Alibaba’s share prices plunged by 9% at one point, with shares from internet companies such as JD.com and Bilibili also affected.

About 40 minutes into the market panic, former Global Times editor-in-chief Hu Xijin wrote on Weibo that he had confirmed with the authorities that the Hangzhou security bureau had arrested someone whose name had three characters (written as 马某某 in Chinese news reports, with 某 as the replacement character of the given name) rather than two (马某), and the reports with the two-character name were incorrect.

Subsequent reports on the official WeChat accounts of Global Times and the Central Political and Legal Affairs Commission (中央政法委长安剑, Chang’an Sword) changed the name of the individual to three characters instead of two.

The Global Times also quickly released an English report with more details, claiming that the arrested individual is a director of the hardware research and development department of an IT company.

The individual was allegedly brainwashed by outside anti-China forces in March this year; and was incited by them to create an online anonymous group. He acted as an agent to spread rumours and disinformation, and had even released a so-called independence declaration with the intention to divide the country and subvert the state.

The report also claimed that “Ma” targeted young people and university students, inciting them to engage in activities that smeared China and its people.

The instigator could seize the opportunity to buy the shares as the prices dropped, then sell at a higher price when the truth came out. In just one hour, the profits could be surprisingly high.

The public’s suspicion that the arrested individual was Jack Ma was quelled, and the capital market heaved a sigh of relief.

However, there is now speculation of behind-the-scenes manipulation in the incident — that someone had released and spread the fake news when the market opened, leading to panic and a sharp drop in prices. The instigator could seize the opportunity to buy the shares as the prices dropped, then sell at a higher price when the truth came out. In just one hour, the profits could be surprisingly high.

Such conspiracy theories cannot be completely ruled out. However, it is more likely that the agencies and state media were not careful in releasing the information and overlooked the sensitivity of using a term like “Hangzhou’s Ma”, leading to the fiasco.

But then again, how did Jack Ma become the unexpected collateral damage of the incident?

It is inevitable that people would make such speculations since the Chinese media initially associated the keywords “Hangzhou” with “a man surnamed Ma”, and various media outlets were sensationalising the news.

After Jack Ma criticised Chinese regulatory departments at the Bund Summit in October 2020, his business empire became the subject of close scrutiny. The IPO of Alibaba-backed Ant Group was suspended and Jack Ma had completely disappeared from the public eye for a period of time. It was not until later that he gradually reappeared.

Both Jack Ma and Alibaba became the target of criticism and were repeatedly scrutinised in China’s subsequent crackdowns on the disorderly expansion of capital and its anti-monopoly movements.

The case reported by state media on 3 May involves serious national security charges, including inciting secession and subverting state power. Coupled with the various rumours that had been circulating previously, it is easy for people to associate the news with this once formidable internet tycoon.

In his prime, Jack Ma had met with then president-elect Donald Trump in New York in January 2017. Many people thought that he was taking the lead in such meetings on behalf of Beijing, but Reuters reported last year that according to people familiar with the matter, the meeting between Jack Ma and Trump had in fact roiled Beijing because it was conducted without prior approval from the authorities.

Last year, when the name of Jack Ma’s Hupan University was suddenly changed, people had also speculated that it was because he was using the university to establish his own “Donglin Academy” and to form alliances to try to manipulate policies and politics through his own business influence. While these rumours were largely unfounded, they reflected Jack Ma’s plight.

Chinese regulators are set to have a symposium with the country’s Big Tech firms to assure business executives that regulators will no longer demand rectifications or impose surprise fines.

Following the central government’s repeated crackdowns, the capital market has become especially sensitive and anxious. At the same time, whether Jack Ma is safe or in a precarious situation is also seen as a bellwether of China’s politics and economic policies.

While capital needs appropriate supervision to regulate its profit-seeking nature, continued heavy-handed regulations have caused investor confidence to plunge. Amid mounting pressure on the Chinese economy as a result of the recent Covid-19 outbreak, the outside world predicts that regulatory actions on the real estate and the internet sectors over the past two years may be relaxed to stabilise the economy.

Prior to the Labour Day holiday, foreign media quoted people familiar with the matter as saying that Chinese regulators are set to have a symposium with the country’s Big Tech firms to assure business executives that regulators will no longer demand rectifications or impose surprise fines.

If it was the result of the Chinese media’s carelessness in its news release, then the incident also reflects a lack of sensitivity to public opinion and an understanding of the big picture.

If this is true, it would also imply that regulations are about to be relaxed under economic pressures. From this perspective, officials will not deal harshly with Jack Ma at this point, or they could risk a further decline in market confidence.

The false alarm sounded by “a man surnamed Ma” almost rocked the capital market. If it was the result of the Chinese media’s carelessness in its news release, then the incident also reflects a lack of sensitivity to public opinion and an understanding of the big picture.

Related: Jack Ma: Traditional banks are operating with a 'pawn shop' mentality | Lesson for Jack Ma's Ant: Finance is finance and technology is technology | Is Alibaba doomed? [Part I] | Is Alibaba leaving its carefree days behind? | What the Chinese government wants to tell Alibaba and China's tech giants [Part II] | The end of 'Papa Ma Yun' and his Hupan University