An imagined China and feeling Chinese in Thailand

Thai academic Sittithep Eaksittipong explains how the Thai rulers of the past used emotion as a political tool to assimilate the Chinese overseas in Thailand. Fast forward to today and the Thai Chinese are more confident of their identity, and feeling Chinese has less to do with developments in China. If anything, the latter is used as a means to chastise the Thai government. 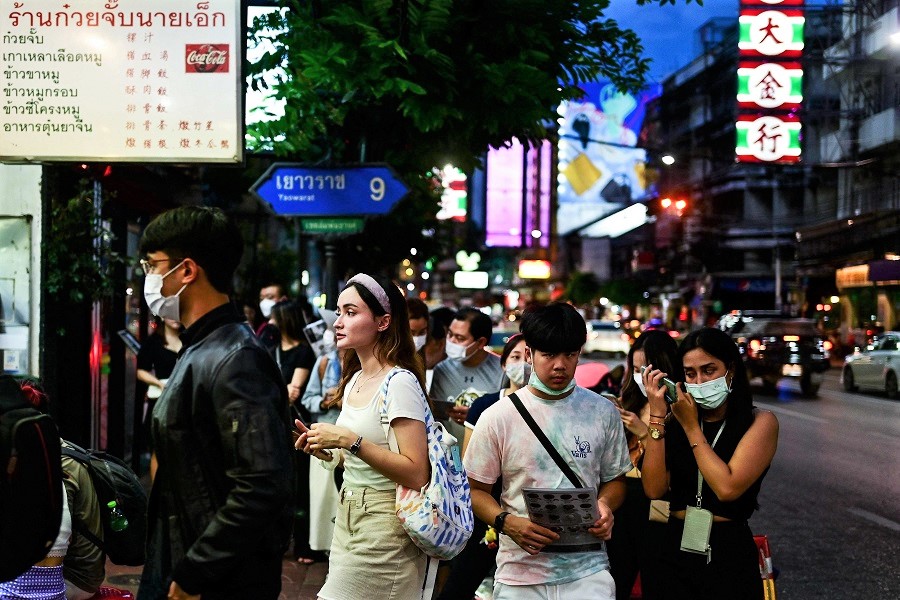 People stand in a queue outside a restaurant along the popular Yaowarat Road in the Chinatown area of Bangkok, Thailand, on 5 September 2022. (Manan Vatsyayana/AFP) Grace Chong - 28 October 2022
As members of the 20th Politburo and its Standing Committee take the helm and usher in a new era of “China-style modernisation”, the market and public are showing clear signs of anxiety and dissatisfaction. Zaobao associate editor Han Yong Hong notes that the new leadership will have their work cut out for them to deliver the Chinese story well to its people and the outside world.
Read more 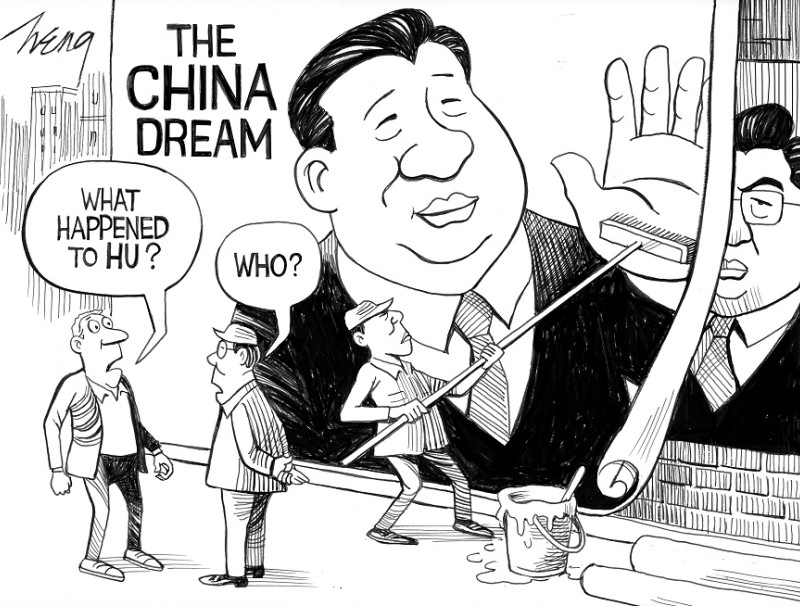 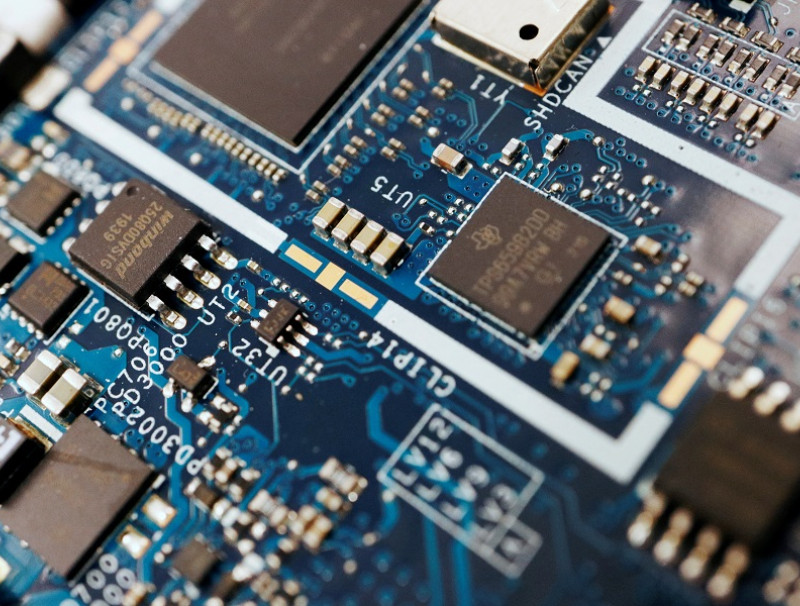 Grace Chong - 28 October 2022
The global semiconductor shortage seems to be over as demand for consumer electronics falls, leaving smartphone manufacturers stuck managing high inventories. However, China’s wafer foundry expansion momentum has not slowed, as part of the country's core objective to develop the sector amid tightened US sanctions.
Read more 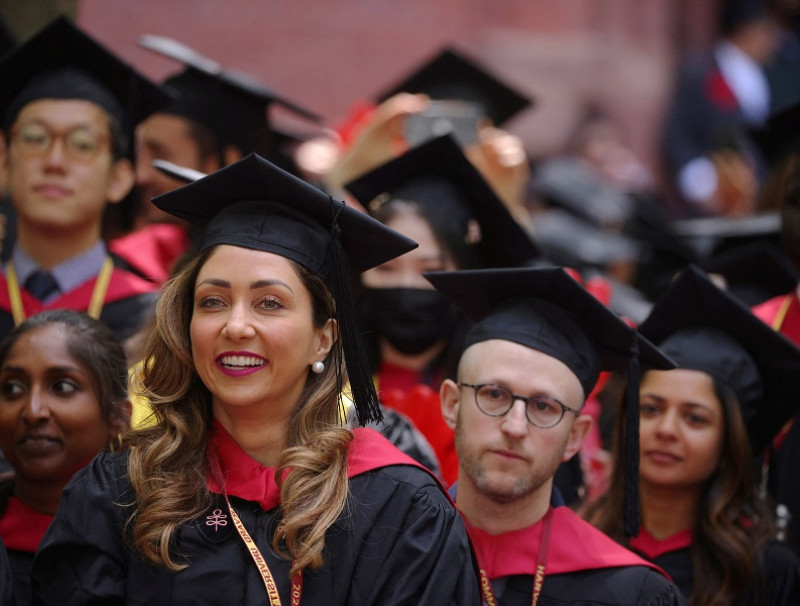 Grace Chong - 27 October 2022
Amid the difficult environment of unceasing Covid-19 restrictions, geopolitical tensions and grim economic and employment outlook, Chinese students are caught between a rock and a hard place when it comes to their higher education. College and visa applications, taking online classes and returning to China to seek employment are proving to be one hurdle after another for the new generation. How will they cope?
Read more Grace Chong - 27 October 2022
The US’s recent release of its new National Security Strategy (NSS) represents its vow to outcompete its rivals, especially China, on the international stage. Political commentator Jin Jian Guo says that the ideological tussle between China and the US is becoming a new Cold War and for the NSS to be released during the period of China’s 20th Party Congress, the starter’s pistol has been fired in a strategic competition where there can only be one winner.
Read more
Translated by Grace Chong on 16 November 2022

“Feeling Chinese” in Thailand, and elsewhere too, is not a natural sentiment but a product of a constantly changing normative order of emotion. As described by historian William Reddy, a “regime of emotion” curtails our feelings and behaviours.

Regime of emotion and feeling Chinese

At the end of the 19th century when Siam (former name of Thailand) became a modern nation-state, the status of the Chinese became perceived as a sociopolitical problem.

The homogeneous notions of territory and identity that Siam tried to rigidify did not fit well with the status of the overseas Chinese. Besides identifying with China and rising Chinese nationalism, the Chinese at that time could register themselves as colonial subjects which allowed them to enjoy extraterritoriality. The influence of the Xinhai revolution on Siam’s absolutism also rang alarm bells. Moreover, Siam did not possess much political authority to deal with overseas Chinese affairs.

Faced with this situation, the Siamese king, in particular Rama VI, the father of Thai nationalism, turned to emotion as a tool to curtail the Chinese and assimilate them into the Thai community.

Rama VI, who coined the term “the Jews of the Orient” for the Chinese in his realm, constructed an emotional regime that imposed shame and guilt on being and feeling Chinese.

Rama VI, who coined the term “the Jews of the Orient” for the Chinese in his realm, constructed an emotional regime that imposed shame and guilt on being and feeling Chinese. The king expected that after experiencing emotional suffering from being branded as the Other to the Thais, the Chinese would find emotional relief by renouncing some of their Chinese cultural traits and assimilate into the Thai community.

After the end of the Siamese absolute monarchy in the early 1930s, the new regime under the leadership of Field Marshal Plaek Phibunsongkram (hereafter Phibun) inherited this emotional regime.

However, as extraterritoriality became bygone, the new regime could implement substantive and harsher measures towards the Chinese such as the closure of Chinese schools, discouraging the learning of Chinese, tightening control on Chinese economic activities, and suppression of their political activities. Phibun’s anti-Chinese policy served a similar purpose to Rama VI’s sinophobic rhetoric: to turn the Chinese into loyal subjects and draw them into a patron-client relationship with the state elites.

After undergoing emotional suffering and experiencing relief by renouncing shameful Chinese cultural traits and Chinese nationalism, one could finally take pride in being Thai. Despite the ebb and flow of an emotional regime based on shame as a coercive emotional tool, this regime worked quite well until the late 1970s.

...there were always pockets of emotional refuge that the Chinese overseas relied on, be it political movements, films or novels.

At the end of World War II, the political movements associated with the communist campaign provided another emotional refuge. For the Chinese who had suffered postwar economic setbacks and experienced harsh measures implemented by the Thai government, the promise of a new China after the 1949 revolution worked as a metaphor for a better future. They imagined new China as a land of hope and prosperity and took interest in things related to communist China. To imagine positively about China thus was also an allegory for criticising the authoritarian regime in Thailand. However, the development in China under Mao’s rule after the 1950s ended this imagination.

Deep down, the construction of an imagined China and the use of the China metaphor helped fulfill the second generation’s longing for Chineseness.

Communist China as a metaphor for hope and prosperity briefly reemerged again during the student movement in the 1970s. Led by many second-generation Thais of Chinese who adopted Thai names and grew up with almost no knowledge of Chinese and China, the student movement employed communist China as a metaphor to criticise the Thai military government then. Deep down, the construction of an imagined China and the use of the China metaphor helped fulfill the second generation’s longing for Chineseness.

Chinese films and literature also played significant roles as an emotional refuge, particularly for the second-generation Thais of Chinese descent born from the late 1950s onwards and who became the majority of the Chinese population in the Cold War era.

Due to its popularity and to make it comprehensible for the Thais of Chinese descent who were familiar with Teochew, Wuxia literature was translated into Thai by using Teochew sounds for Chinese names and places. However, it was not a direct translation but an oblique translation into Thai-ified Wuxia literature that was repositioned in a Thai-Chinese context. For instance, Jin Yong’s famous Legend of Condor Heroes (《射雕英雄传》) was translated into Thai and renamed Jade Dragon.

For them, learning Mandarin Chinese is more about seizing economic opportunities than the connection with long-lost Chineseness.

Feeling Chinese and the rise of China

In the context of China’s rise since the 1980s and amicable Thailand-China relations since then, the Thai-Chinese population underwent another change as the third and fourth generations became dominant. This group became more confident about their Thai identity and had more means to acquire knowledge about China. Finding an emotional refuge as a place for feeling Chinese was not necessary anymore as Chinese identity could be displayed in public without feeling shame or guilt.

Many of these third- and fourth-generation Thai-Chinese have imbibed learning Mandarin Chinese while their parents and grandparents continue to speak Teochew. For this younger group, their sense of feeling Chinese is definitely different from the fore generations. For them, learning Mandarin Chinese is more about seizing economic opportunities than the connection with long-lost Chineseness. They also mainly seek out avenues of feeling Chinese within Thai society as evidenced by the boom of Thai-Chinese nostalgic places ranging from museums and cafes to markets.

... criticising China has become an allegory for criticising the present Thai military-led government which has close ties with Beijing.

Furthermore, with knowledge of sociopolitical development involving China such as the Hong Kong protests in 2019-2020, China’s zero-Covid policy, and China-Taiwan tensions, the younger generation has become more critical towards China.

Feeling Chinese nowadays has less connection to mainland China. And, if China is still a metaphor for something, it is not a metaphor for hope or prosperity for sociopolitical development in Thailand. On the contrary, criticising China has become an allegory for criticising the present Thai military-led government which has close ties with Beijing.