Commentator David Ng explores the changes that are happening in China with developments in technology that allow vast changes in business models, from traditional offline transactions to online business, and “new retail”, which combines the two. How will the Chinese economy grow under these forces? 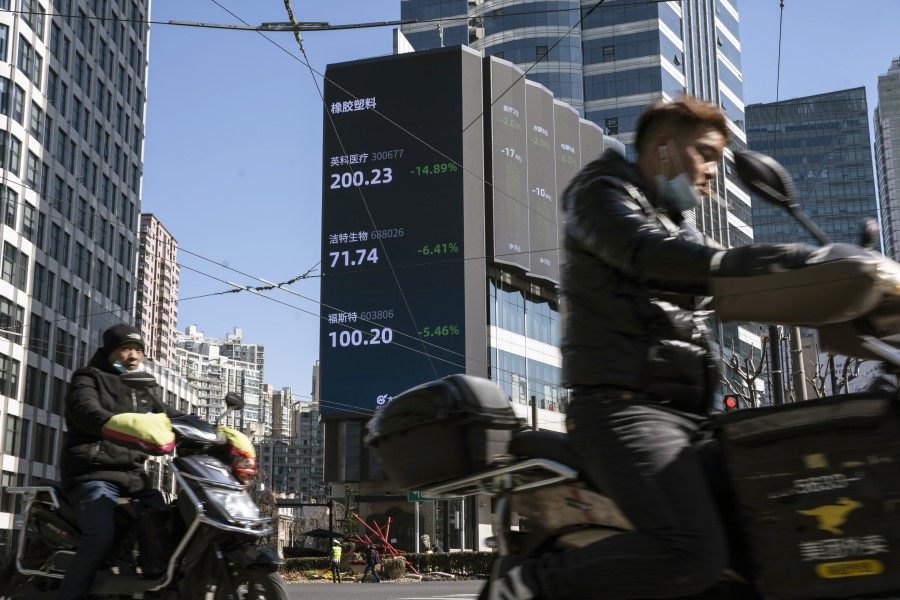 Candice Chan - 30 January 2023
A mall in Shenzhen came under fire for putting up white lanterns with black text as part of its Chinese New Year decorations, while an “ugly” rabbit-shaped light decoration was removed from another mall in Chongqing. Academic Zhang Tiankan muses on tradition and innovation, and the evolution of traditional decorations.
Read more
Translated by Candice Chan on 23 February 2021

In 2020, China’s GDP grew by 2.3%. And even amid the current pandemic, innovation is making an increasing contribution to China’s economic growth, as seen in the following two areas.

That high-tech manufacturing and products are growing faster than GDP reflects the importance of innovation as a driver of China’s economic growth.

It is easier for large enterprises to take the lead in adopting technology and turning a profit. Previously, profits of Chinese enterprises were usually not quite in line with GDP growth. In 2020, China's industrial enterprises above designated size achieved a year-on-year increase in profits of 4.1%, which was 1.7% higher than GDP growth, signalling that the Chinese government’s support of tech innovation that year had some effect.

Efforts against the pandemic as well as vaccine R&D and production have raised China’s international profile in public health and biomedical manufacturing, as other countries begin to see China’s competitiveness and growth potential in those sectors, which might become new areas of future economic growth.

Tech innovation depends on R&D investment — China’s spending on R&D in 2018 and 2019 was 2.18% and 2.19% of GDP respectively. This is still lower than some developed countries, but it is moving in that direction.

In 2019, 8.34 million people graduated from Chinese universities, while vocational education institutions are able to train about 10 million high-calibre technical talents annually, and 70% of newly employed frontline workers in modern manufacturing, strategic and emerging industries come from these institutions.

Despite US containment, the signing of the Regional Comprehensive Economic Partnership (RCEP) and the conclusion of negotiations of the China-EU investment agreement signal that China continues to be open, and that its connection to international markets and technical exchanges remain unchanged.

Sufficient production capability and huge domestic demand allow R&D results to quickly hit the market, which provides rich soil for innovation in China and also attracts foreign investments and technology — one example is the companies and local governments of China, the US, and Italy signing an investment and development agreement for Hongqi S series sports cars.

In the next few years, tech innovation will be a highlight of China’s economy, and tech shares will be a popular investment in Hong Kong’s stock market.

In 2020, China’s low value-added service sector took a harder hit, with no significant increase in its production index.

These figures show that the growth highlights in the tertiary sector have to do with software and IT, or innovative business models.

Online transactions and services did not originate in China, but it did take hold and flourish there. China also developed a mature e-currency exchange system, which saw the advent of well-known industry leaders such as Alibaba, Alipay, and Tencent.

Companies in the value chain earn revenue by providing products and services to customers; the business model refers to the fundamental logic of enterprise value creation. Business model innovation means changing a company’s original method of value creation to improve customer benefits and the company’s competitiveness.

‘New retail’ on the rise

In recent years, China’s retail companies have changed their business model from physical stores to e-commerce, and to “new retail” — a combination of physical and online retail.

Online transactions and services did not originate in China, but it did take hold and flourish there. China also developed a mature e-currency exchange system, which saw the advent of well-known industry leaders such as Alibaba, Alipay, and Tencent.

On the other hand, the “new retail” model links up consumers, producers, and companies through the internet, combining online services with offline customer experience as well as logistics support.

Qiandama is a success story, reportedly reaching 2,000 stores throughout China with revenue of 12 billion RMB as of last year.

Grocery chain Qiandama (钱大妈) is an example of new retail. The story goes that it started from a market in Guangdong, capitalising on customers wanting to buy fresh produce in the neighbourhood, and “bringing ‘fresh’ to the community”.

How it works is: the company is responsible for purchasing, packing, and transporting fresh meat, vegetables, and fruits, and it invites small retailers to join as franchisees, with outlets generally located on the ground floor of residential blocks. As the produce is purchased directly from farming villages and the company has a logistics system, many items are cheaper than in supermarkets or markets. Well-located outlets see thriving business, and give nearby supermarkets and markets a serious run for their money.

As more franchisees join in, the variety of items sold by Qiandama, whose motto is “No overnight produce”, has grown to include milk, noodles, and flowers.

In the “new retail” model, sales are conducted online and through physical stores, providing consumers with agricultural and related products. In some sense, this can be seen as a supply-side reform. From a macro perspective, the business owners, workers, consumers, and farming villages are all in place, playing their part and getting what they want out of the model.

Qiandama is a success story, reportedly reaching 2,000 stores throughout China with revenue of 12 billion RMB as of last year. If it manages to get listed and gains funding, the business owners would get deserved returns on their innovative business model — that is also the route taken by many billionaires in China.

Of course, not all e-businesses or operators in new retail will succeed; it is always survival of the fittest. Rapid economic development has brought opportunities to China, and innovations in business models and technology have become drivers of China’s economic growth.

Related: China's whole-of-nation push for technological innovation | China’s strides in technology good for US and the world | Regulating new technologies: Singapore and China can work together