Japanese academic Shin Kawashima notes that concerns about Japan's possible increased militarism amid constitutional revision may be misplaced. The debate in Japan is focused on making Japan's Self-Defence Forces constitutional, and not so much altering Article 9 itself. If countries are concerned about Japan's security moves, they should really be looking out for changes in documents such as the revised National Security Strategy to be launched at the end of the year. 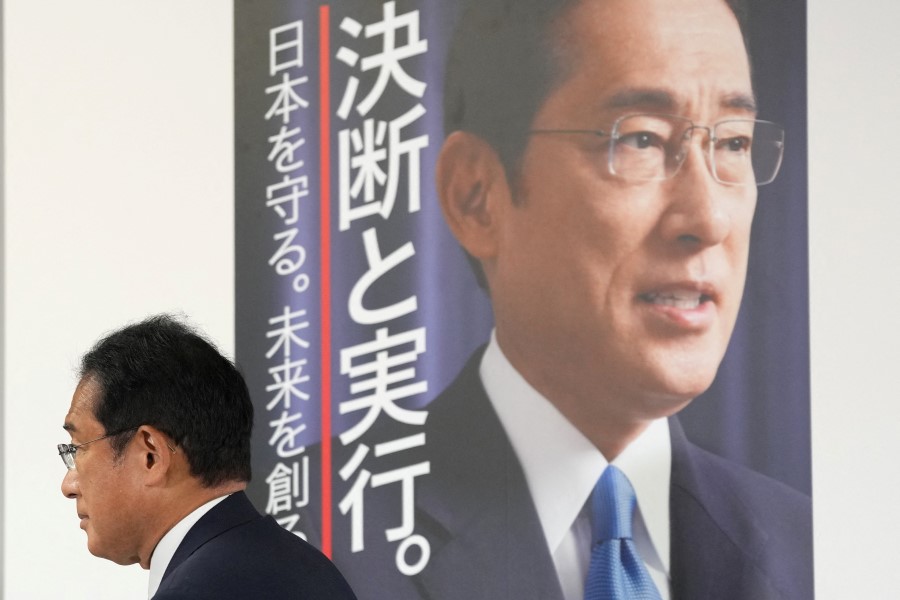 Fumio Kishida, Japan's Prime Minister and president of the Liberal Democratic Party (LDP), walks past his poster after placing a paper rose on an LDP candidate's name, to indicate a victory in the upper house election, at the party's headquarters in Tokyo, Japan, 10 July 2022. (Toru Hanai/Pool via Reuters) 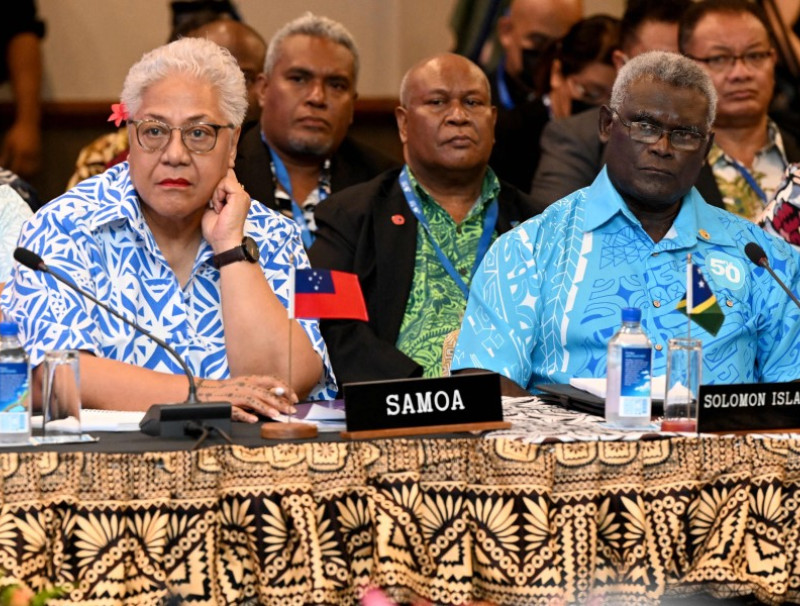 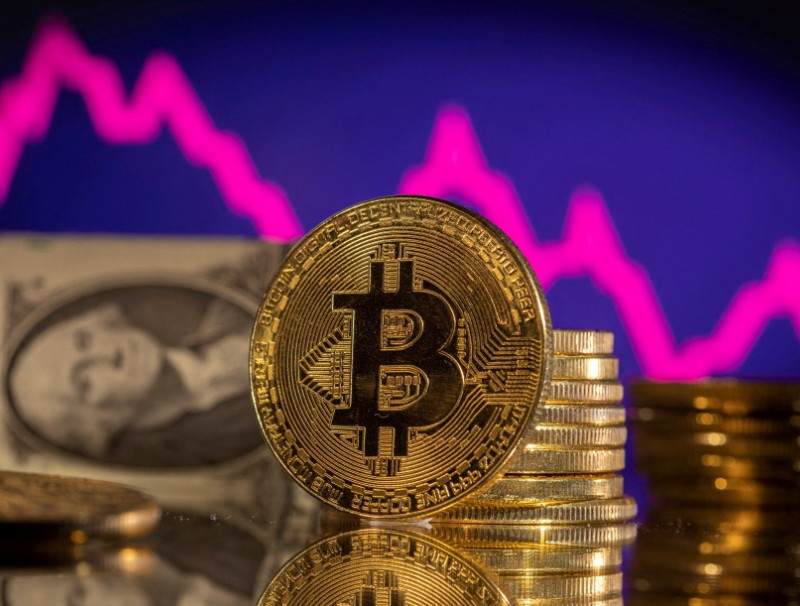 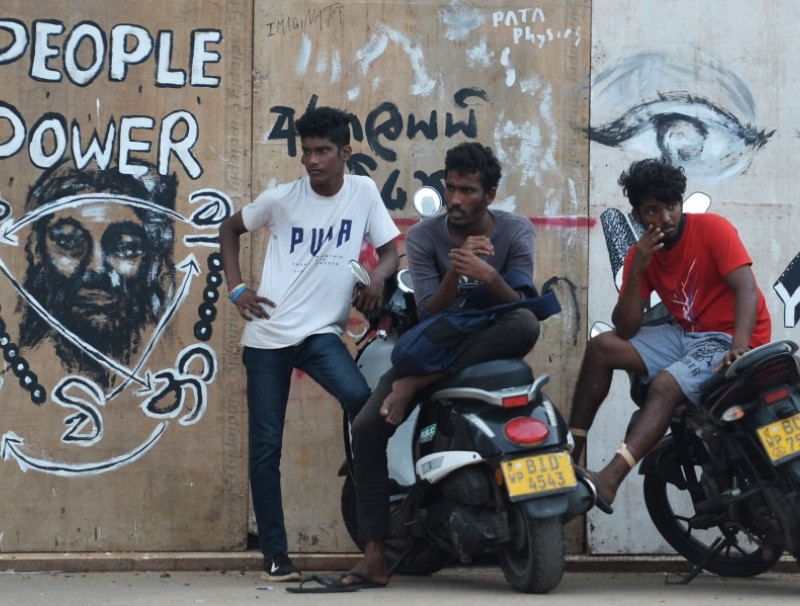 Candice Chan - 28 July 2022
Erik Baark points out some of the peculiarities of China’s emissions trading system (ETS) with Chinese characteristics on its one-year anniversary. Going forward, will the Chinese ETS gradually morph into an ETS in the likes of the EU ETS as it works towards meeting its dual carbon ambitions?
Read more
Translated by Candice Chan on 27 July 2022

I have recently received questions from international media about constitutional revision in Japan. More often than not, I feel that people are asking the wrong questions.

First, constitutional revision is not the same thing as the revision of Article 9 of the constitution. Japan established a new constitution after the Second World War as a country occupied by the Allied Powers. This was promulgated on 3 May 1947. This day is a national holiday even today, known as Constitution Memorial Day.

Since the constitution was established 75 years ago, not a single letter of it has been changed. This is rare in the world. If the people are said to control state power through a constitution, then a constitution is a type of contract. Such a contract would be cast in doubt if it was not amended or updated at all in 75 years when the members of society have largely changed, along with the domestic and global situation. In many countries, the provisions in the constitution are adjusted to respond to such changes.

60% of respondents in the Yomiuri Shimbun opinion poll were supportive of constitutional revision, but this largely shifted to opposition in regard to Article 9.

Regarding revising Article 9-2, which states that military power will not be maintained, the responses of necessary (50%) and unnecessary (47%) were neck and neck, while more than 80% of respondents said it was unnecessary to revise Article 9-1, which renounces war. No particular political party thought that the content of both Article 9-1 and 9-2 should be changed.

...while there is a trend for “constitutional revision” in Japan to be understood as a “revision of Article 9 in the constitution” in countries outside Japan, they are in fact quite different.

In other words, while maintaining Article 9-1 and 9-2 without changing a word, there would be an addition of an item making the Self-Defense Forces (SDF) constitutional. This would easily gain support with public opinion and the ruling coalition partner Komeito and other political parties would support adding to the constitution.

Overseas, there is a tendency to make a connection and discuss “militarism” with constitutional revision in Japan, but the only issue within Japan is whether the SDF is constitutional or unconstitutional.

However, this view is not the general view in modern Japanese society. In an opinion poll in May 2022 by the Asahi Shimbun, less than 20% of respondents view the SDF as unconstitutional, and this number is in decline from previous years. Overseas, there is a tendency to make a connection and discuss “militarism” with constitutional revision in Japan, but the only issue within Japan is whether the SDF is constitutional or unconstitutional.

If there is an addition to the constitution with an article making the SDF constitutional, will this really result in a major change to the existing Japanese security policy? Or will this cause the policy to become unrestrained and lead to militarisation?

Adding an article to make the SDF constitutional would be a ratification in actuality, and even if it leads to changes, it will be in the opinion of those who previously considered the SDF unconstitutional. Japan's security policy would not change much.

Considering the changes in values over the last 75 years, there is a strong belief in Japanese society that the constitution should be revised based on a modern understanding of democracy, freedom or rights and obligations.

On the other hand, among those who desire constitutional revision, there are calls for revising parts other than Article 9. When looking at political parties, the Japan Innovation Party (JIP) proposes that an “emergency situation clause” be incorporated into the constitution that would temporarily strengthen governmental authority to deal with novel types of pneumonia and other emergency situations, and the Democratic Party for the People (DPP) believes a new article should be added for the guarantee of fundamental human rights.

Considering the changes in values over the last 75 years, there is a strong belief in Japanese society that the constitution should be revised based on a modern understanding of democracy, freedom or rights and obligations. Surely it can be seen that the perspectives and content of discussions on constitutional revision differ within and outside of Japan.

If we are worried about Japanese security policy, we ought to pay attention to the establishment of new laws and adjustments to the interpretation of Article 9.

This is clear, for example, in the “Legislation for Peace and Security” relating to the right of collective self-defence and passed by the second Shinzo Abe administration. This law is a domestic law based on changes to the Japan-US Security Treaty. There were no constitutional revisions made during negotiations, but rather the interpretation of the text for Article 9 was adjusted and made into law. If we are worried about Japanese security policy, we ought to pay attention to the establishment of new laws and adjustments to the interpretation of Article 9.

Additionally, policy documents such as the revised National Security Strategy to be launched at the end of this year will be extremely important in determining the future of Japanese security policy. Different from the second Abe administration, where expert committees were established and discussions were shared with the public when establishing these kinds of documents, the Fumio Kishida administration is moving forward with the document’s launch internally and details are not necessarily shared with the public.

Debates on future Japanese security policy may lose focus if we only pay attention to debates on constitutional revision. Rather, we should be paying attention to laws and these kinds of policy documents.

Finally, I would like to add that even if constitutional revisions do occur, they will be done through procedures established in Japan's constitution. The procedures for revising the constitution were established and approved by the Far Eastern Commission at the time, which was made up of major allied nations, including the US, UK, China and the Soviet Union.

While it goes without saying that Japan accepts the facts of its past aggressions and that reflection upon and apologies for past actions are important, as is the text of Article 9, surely it is not an issue for a sovereign nation to revise its own constitution based on procedures established in that constitution.

The need to revise the constitution, which has become out of touch with reality, is gradually becoming a shared belief in Japanese society where not even a single letter has changed in the constitution in the past 75 years for historical and other reasons. However, there is not yet sufficient consensus on what should be revised and how.