In life as in death, food brings people together and is a means to commune with one another, as seen in rituals during the seventh lunar month or Hungry Ghost Festival. Perhaps in feeding the spirits of the dearly departed, the unknown and indeed their own, people are reminded that an ending is not the end and that the bond between the living and dead is never broken. 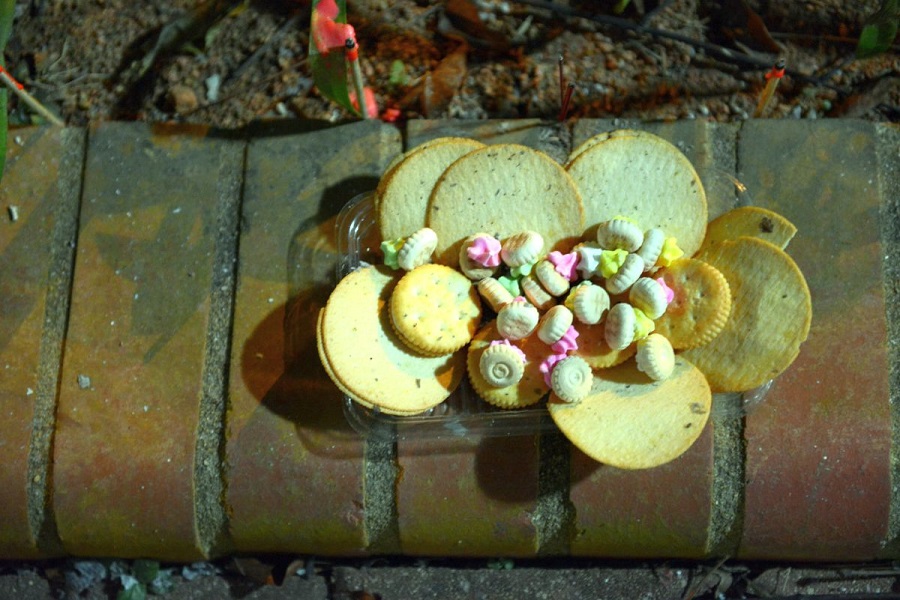 Grace Chong - 25 January 2023
With rumblings of US House Speaker Kevin McCarthy possibly visiting Taiwan in spring, Yang Danxu observes that this will not be the last we see of the “Taiwan card” being played by US politicians as they move into the second half of the current US presidency.
Read more
Translated by Grace Chong on 5 August 2022

A few days ago, on the first evening of the seventh month of the lunar calendar, little tributes to “hungry ghosts” dotted my estate as a faint whiff of smoke hung in the air. A wiry elderly lady sat on her haunches displaying her offerings, her profile the perfect arc of a crescent moon. Set against the glow of red candles and the blue deep night, the scene seemed melancholic, even a little poetic.

During the Hungry Ghost Festival or Zhong Yuan Jie (中元节) in Taoism and Yu Lan Pen (盂兰盆, Ullambana) in Buddhism, prayers for the dead are usually held during the month, especially on the first, 15th and last day. In Buddhism, the occasion is tied to filial piety and the story of Buddha’s chief disciple Maudgalyayana (Mulian) saving his mother. In Taoist beliefs, souls leave the netherworld on the 15th day of the month to be judged.

In Chinese folk culture and religion, the Gates of Hell are thought to be opened at this time. Souls of the netherworld are let back to earth; people prepare food offerings and burn “necessities” that the souls may need in the other world. Even as families make offerings to their ancestors, they look to satiate the appetites of hao xiongdi (好兄弟) or the wandering souls as they pass through.

Food for the souls

Dr Terence Heng, a visual sociologist and author of Of Gods, Gifts and Ghosts, tells me that food offerings on the roadside for hao xiongdi are typically a mix of everyday foods and treats (often, but not always alcohol). Culture also plays a part. “For example, in Hong Kong, it’s more common to see particular kinds of foods, like bean sprouts and tofu, because of their ‘cooling’ properties to satiate hungry ghosts.”

In Singapore, these food offerings could be anything from peanuts, biscuits, fruits or buns, to economy rice, beer and many a huat kueh (fa gao 发糕, steamed cake).

“It’s not so much to ward them off as to welcome them,” says Kelvin Toh of heritage brand Ji Xiang Confectionery when I visit his shop at Victoria Street. “It’s showing empathy and trying to feed the ghosts without family.”

He takes pride in his shop's gula melaka huat kueh “made with three types of sugar — brown, red and coconut — without being very sweet”, and signature ang ku kueh (红龟粿, red tortoise cake) which has a delicate pastry skin.

He says that huat kueh (‘huat’ the Hokkien term for prosper, and ‘kueh’ a cake) and ang ku kueh are often used as food offerings during this time because the former symbolises good fortune and prosperity, and the latter luck, prosperity and longevity. “Chinese people like to gamble... they like to get rich,” he observes. Naturally, they favour auspicious words and items that symbolise good luck when they pray, and these practices become traditions that are passed down.

“... the dead do come back literally to consume the essence of these food offerings. This is why you will often find straws poked into packet drinks, drink cans opened, and cutlery laid out for spirits.”  — Dr Terence Heng, a visual sociologist and author of Of Gods, Gifts and Ghosts

Often, manufactured huat kueh, which may be filled with preservatives and hardly palatable, are used as offerings. He is happy to provide an alternative that people can pray with and consume afterwards. This is all as part of his role as a maker of traditional Chinese pastry who seeks to preserve intangible cultural heritage.

That said, neither huat kueh nor ang ku kueh has been a fixture on altar tables since time immemorial. “As culture and traditions change, foodstuffs evolve too, but what stays the same are the reasons why we’re doing it,” he says.

A few of their favourite things

But when we think of “feeding” the spirits and the latter “eating” the food, what transpires between those who give and those that receive? According to many of his informants, says Heng, “the dead do come back literally to consume the essence of these food offerings. This is why you will often find straws poked into packet drinks, drink cans opened, and cutlery laid out for spirits.”

A colleague of mine and her family, for instance, feel that they are communing with the departed when they pay their respects to their ancestors during this time. There's usually huat kueh and roast meat (pork and chicken) and some of the departed’s favourite foods, for example, Peranakan-type dishes for the paternal grandparents and classic Chinese dishes for the maternal grandparents.

“Generally, we lay out the food and joss paper/offerings to burn, and we offer joss sticks to the departed and ‘invite’ them to come and ‘eat’,” she tells me. “Then we hang around and chat while waiting for the departed to have their ‘meal’, and at some point, we might toss a couple of coins to ‘ask’ if they're done — one head and one tail means yes, two heads or two tails means no.”

But such brief encounters are often not enough. Many believers also burn “necessities” for loved ones and others to “use” in the other world, including food.

In the depths of It Tian Heong in Geylang, a paper offerings and incense shop established in 1962, there is a section of at least four rows of “F&B products”.

Second-generation owner Ang Chee Kiong tells me that these are mostly sourced from his suppliers in Shantou, China, and range from common foods such as suckling pig and roast meats to the more unusual varieties including tea sets, baguettes, croissants, oysters and seafood, and even some local favourites such as durian and Tiger beer. They’re more like novelty items that people just throw in for fun, he shares. But for those who want them, the selection is ample to suit various palates.

We’d like to think that wherever there’s water, there he’d be. We can remember him and say a prayer for him. And from up above, he’s always with us.

His assistant in the shop gestures to a big gaudy paper bag, with a vertical blank space on top, rather like a gift card tag. He says, “If you write the intended recipient’s name there, he will definitely receive it.”

Ang adds that younger people nowadays may not bai bai (拜拜 pray and make offerings) even if they are believers. They just don’t have time or they might have beliefs like protecting the environment. Even his own children don’t really do it anymore. In fact, in the next 30 years, elaborate offerings will be a thing of the past. If so, would he be prepared to up sticks and let the business go? How about all these goods? He says, “Once you stop ordering new stocks, everything will be cleared easily.” For an offerings shop, what an apt metaphor for life's transience — when you go, you can’t bring your things with you.

In fact, can we even take our sentiments for those on earth when we go?

When waves hit the shore, when a breeze stirs the sea, or just after sunrise when light dances on the water, I think of Dad. We did a part sea burial for him; he’d loved the sea, loved life and was much the foodie too. We’d like to think that wherever there’s water, there he’d be. We can remember him and say a prayer for him. And from up above, he’s always with us.

The Christian side of me believes that when Dad passed, his worry lines left him, the wounds on his body were healed. He walked upright again. Weight off his shoulders, his belly, he strode happily into the light. Once there though, would he have turned into a stream of light himself, darting around like a light stick and sitting at the table of the Lord with fellow dancing lights?

Would he still remember us or would the slate be wiped clean? If he is still cognisant of everything, hopefully he’d have some filters to only see the good things and not those that hurt or disappoint or let him be mired in earthly cares again. And supposing, just supposing it was another reality and we observed these practices, we would leave his favourite roast duck, braised duck and duck neck on the altar. I imagine he would eat them with gusto as he did every meal before, and find his way back into the light.

Related: Questions concerning mortality in early China [1 of 3]: The idea of the netherworld | A matter of life and death in the US, China and Japan | The Chinese ghost stories we tell ourselves | Ghost Festival: When the wall between the living and the dead crumbles | Taiwanese art historian: How should I meet my mother in the afterlife — as a child, an adult or an old man?