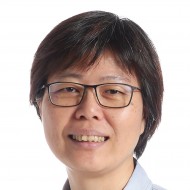 Huay Leng is the editor-in-chief of the Chinese Media Group of SPH Media. The Chinese Media Group includes Lianhe Zaobao, Lianhe Wanbao, Shin Min Daily News, Student Publications, the digital platforms zaobao.sg, zaobao.com and thinkchina.sg, radio stations UFM100.3 and 96.3 Hao FM. Huay Leng started her career as a journalist in Lianhe Zaobao in 1994. She was with the paper for 20 years in roles such as the Hong Kong correspondent, the Beijing bureau chief and the China editor. By Lee Huay Leng 16 Nov 2022
Lee Huay Leng, editor-in-chief of SPH Chinese Media Group, believes that the personal stories of ordinary people in China during Covid times form a rich tapestry of China’s story too. When all this is past, and one looks back on the present, apart from national pride, will personal dignity and feelings be remembered? By Lee Huay Leng 24 Aug 2022
Lee Huay Leng was touched by the live broadcast of a concert in the park put up by the Nuremberg Symphony Orchestra with Singaporean conductor Wong Kah Chun at the helm and Singapore Chinese Orchestra musicians taking part. Chinese instruments found their place in Wong’s arrangement of 19th century Russian composer Modest Mussorgsky’s “Pictures at an Exhibition”. In the aftermath of Covid and an international milieu where politics meddles even in the arts, the young Wong had found a way to stay composed and build a bridge with music. Can countries learn to do the same? 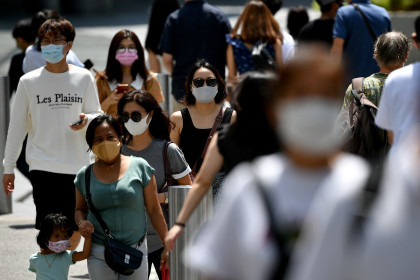 By Lee Huay Leng 15 Jul 2022
Looking back on the history of Union Book Co, one of Singapore’s oldest Chinese language bookstores, editor-in-chief of the Chinese Media Group Lee Huay Leng muses that Singapore has always been a crossroads of different cultures and thinking. Even today, the challenge is to remain open yet stay vigilant against competing influences. Responding with Singapore’s national interest at heart is the mark of a nation’s confidence. Walking a tightrope to survive: Singapore's position in the Russia-Ukraine war and beyond

By Lee Huay Leng 11 Apr 2022
While the Russia-Ukraine war is geographically far from this region, the proxy US-China tussle and information war are having their impact on Singapore and the region all the same. In a recent discussion with Senior Minister Teo Chee Hean, Lee Huay Leng, editor-In-chief of the Chinese Media Group of SPH Media, is reminded that the greatest test of a country’s principles comes when it is most inconvenient to exercise them. And most importantly, it is precisely because countries such as Singapore are small that they must ensure that their interests are protected in the international realm. 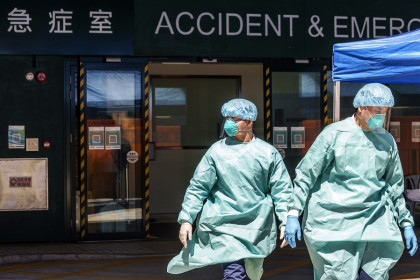 By Lee Huay Leng 10 Mar 2022
China's central government has repeatedly come to the aid of Hong Kong, saving the latter from financial and resources crises. It has also lent its hand to Hong Kong in the current anti-epidemic fight. However, "trust" may be missing in the trilateral relationships between Beijing, Hong Kong and the Hong Kong people, leading to problems with communication and long-term planning. Editor-in-chief of Chinese Media Group Lee Huay Leng examines the issues and discusses whether Hong Kong has what it takes to weather the pandemic on its own. 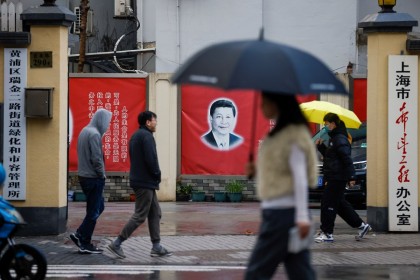 Why Southeast Asia has a love-hate relationship with China

By Lee Huay Leng 12 Mar 2021
The State of Southeast Asia: 2021 Survey Report shows that many acknowledge yet fear China’s economic dominance. What is behind this enigma of a Southeast Asia that welcomes yet worries about China? Lee Huay Leng assesses that it is a confluence of factors, both external and internal to China. A change in tone, mindset and behaviour is in order if China is to be truly understood by the people it seeks to influence. 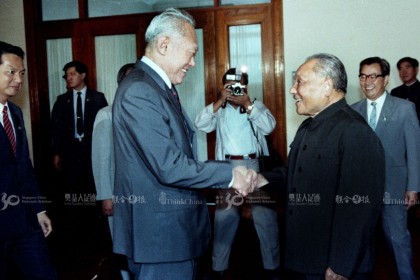 Beyond 30 years: History, places and images of Singapore-China relations

By Lee Huay Leng 02 Oct 2020
In commemoration of the 30th anniversary of the establishment of diplomatic relations between Singapore and China, Lianhe Zaobao and ThinkChina present "In the Founders' Footsteps", a pictorial retrospective of Deng Xiaoping's visit to Singapore in 1978 and of Lee Kuan Yew's 33 trips to China between 1976 and 2011. Lee Huay Leng, editor of the photobook, says she was surprised not only by how widely Lee had travelled during those years, but by Lee's steadfast belief in China's reform and opening up. His predictions of China's future and its relations to the world also struck her as visionary and prescient. Singapore and Suzhou: Where will this journey lead us?

By Lee Huay Leng 22 Jan 2020
In 1994, Singapore and China embarked on the Suzhou Industrial Park project. How has Suzhou progressed since then? What lies behind the city’s recent announcement of a “revival” of its opening up journey? What do these spell for Singapore-China relationship? SPH Chinese Media Group head Lee Huay Leng shares her thoughts after attending the Further Opening-up Conference in Suzhou. By Lee Huay Leng 11 Dec 2019
How can Chinese newspaper media companies outside of China survive the internet age? Is the perceived decline of quality journalism just a problem for news media companies to solve? Is there an elixir for immortality that can re-energise and sustain the life of good journalism? Head of Singapore Press Holdings’ Chinese Media Group Lee Huay Leng touched on these topics and more in her acceptance speech upon receiving the award for outstanding contributions to the media industry (星云真善美传播奖杰出贡献奖). The event was held in Singapore on 24 November 2019.