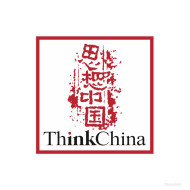 LI Ling teaches Chinese politics and law at the University of Vienna. Previously, she had worked at various research institutions in Europe and the US. Her current research interest is the constitutional structure of the Chinese party-state and the operation of the Chinese Communist Party and its apparatus. She has published extensively on the operation of the Chinese legal system, corruption as well as anti-corruption in China. She is currently writing a book on the politics of corruption in China, which will be published by the Cambridge University Press in early 2023. By Li Ling 19 May 2022
Vienna-based academic Li Ling gives a primer on four principles regulating the nominations of membership of the Politburo Standing Committee (PSC), the highest decision-making body of the Chinese Communist Party. Nothing is for certain until the curtain rises on the 20th Party Congress this autumn, but a closer look at these principles could help to narrow the field.