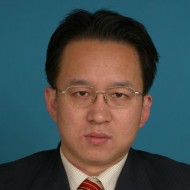 Dr Li Yongning is an associate professor at the College of Economics and Business, Tianjin Polytechnic University. He obtained his doctorate from the School of Economics & Finance, Renmin University of China, and his postdoctoral degree in finance from the People’s Bank of China. He is a financial commentator on monetary and financial policy. By Li Yongning , By Wen Jiandong 29 Oct 2020
The Chinese need to do better to counter misleading tweets from US President Trump’s Twitter propaganda machine, say China academics Li Yongning and Wen Jiandong. As controversial a figure as he is, Trump commands a Twitter following of more than 80 million. Some of his questionable tweets have likely contributed to the deterioration of people-to-people relations between the US and China.