With proposed loosening of regulations on permanent residence for foreigners in China, netizens are worried that it might be easier for illegal immigrants to become legal immigrants, or for low-calibre foreigners to stay put. Zaobao correspondent Yu Zeyuan presents the arguments. 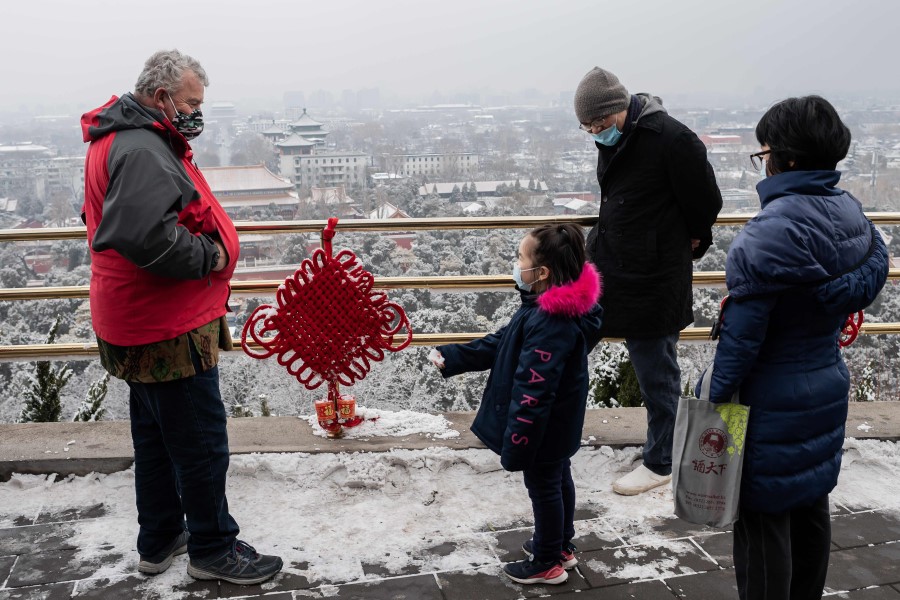 Candice Chan - 30 September 2022
Chinese President Xi Jinping was not seen in public for over a week after attending the Shanghai Cooperation Organisation summit in Uzbekistan, sparking rumours of a “coup” ahead of the 20th Party Congress. Zaobao associate editor Han Yong Hong looks into the phenomenon, noting that in fact the 20th Party Congress has seen relatively few rumours surrounding it.
Read more
Translated by Candice Chan on 5 March 2020

On 27 February, China’s Ministry of Justice (MOJ) solicited public opinions on draft rules on foreigners' permanent residence, sparking intense debate among the internet community and prompting the MOJ to temporarily close discussions on the topic.

Many netizens oppose loosening regulations on residency rights for foreigners in China. They feel that the regulations are too relaxed and do not attract high-calibre talents but may instead allow some illegal immigrants to become legal residents in China. Also, relaxing the regulations is equivalent to allowing dual citizenship, which would encourage some Chinese to emigrate overseas and then return to live in China as a foreigner, adding to the loss of talent and capital.

... opening up permanent residence now might resolve difficulties for some sectors in the short term, but will create problems in the long term.

WeChat user @chinasuperdad (超级学爸) wrote an essay on 3 March, saying that a doctorate is too easy a criterion because foreigners enjoy differential treatment pursuing a doctorate in China. For local Chinese students, their doctoral theses may not be enough to stand out from the competition; they may even need to "cultivate their relationship" with the spouses of their supervisors. But for foreign students, supervisors will do all they can to help them graduate on time in order to meet work targets. Besides, many overseas doctorates may not be of high quality.

The essay said opening up permanent residence now might resolve difficulties for some sectors in the short term, but will create problems in the long term. The parents, spouses, and children of foreigners with permanent residence will also be eligible to apply for permanent residence, regardless of whether they are high-calibre talents, and there is no mechanism to prevent this. If China's family planning policies do not apply to them, it would also create problems. Besides, differences in language and culture and religious beliefs would be potential issues in social governance.

The essay added that there has been major online backlash to the draft regulations, because people are afraid that they will end up being subordinate to Caucasians, given the general feeling that foreigners in China have special rights. Netizens who support the draft rules think the bar has been set quite high, and there will not be a problem with many low-calibre foreigners becoming legal permanent residents in China.

People unhappy with management of foreigners in China

On 1 March, WeChat user @dashuaibi_1024 (周老师的茶馆) published an essay that said the total number of people in China with at least a basic degree since 1978 makes up barely 4% of the population. So, anyone who gets a doctorate in China, no matter how unintelligent, would be among that 4%.

... an increasing number of illegal immigrants have turned up in Guangzhou and other places, and the authorities do not have many ways to deal with the problem...

Global Times editor Hu Xijin thinks people are sensitive about the topic because they are unhappy about how foreigners in China are managed. Recently, an increasing number of illegal immigrants have turned up in Guangzhou and other places, and the authorities do not have many ways to deal with the problem, so people are worried that the new regulations belie the intention of “taking in” illegal immigrants.

Hu said China has a large population and immigration is happening all over the world, and China’s resources are tight. Hence, China must make sure not to add to its population burden through a misstep in immigration policy, following its long-term policy of family planning.

Who is eligible to apply for permanent residence in China under the draft regulations?

● Those with internationally recognised outstanding achievements in the fields of economy, science, and technology, education, culture, health, sports, etc.

● Those with a doctoral degree or a degree from a well-known international university, and have lived in China for a total of at least one year during that period, with a good tax and credit record

● Those who have worked in China for three/four/eight consecutive years in a key development industry, and lived in China for a total of at least one/two/four year/s during that period, and earns a salary at least four/six/three times the city average.

● Those who invest at least 10 million RMB (S$1.99 million) in China; regional investors in China who encourage foreign investments, and who satisfy requirements on investment amount, tax amount, and number of Chinese citizens hired; and those who set up advanced technology or innovation companies in China with significant results, and who are recommended by provincial or municipal departments

● Chinese citizens or foreigners with permanent residence whose spouse, parents, or immediate family live in China, and who have lived in China for at least five years and spent at least nine months each year in China, with a stable lifestyle and abode; immediate family members with foreign citizenship aged at least 60 years.

Related readings: A Chinese woman's status and the one-child policy | In China, you are your score