In Haiyan county, Zhejiang, local fishermen used to down a bowl of piping hot braised mutton with shaojiu before battling the icy winds at sea. Now, local trades dominated by textiles and hardware have moved onto land. But the tradition of rising at dawn for braised mutton and a tipple lives on. Grace Chong - 12 May 2021
In the CPC’s leadership renewal plans, the post-70s generation plays a leading role, having by this time risen to middle and senior positions. Yang Danxu takes stock of political stars in this generation as they take up key positions at the provincial level in the lead-up to the Communist Party of China (CPC)’s 20th Party Congress in 2022.
Read more

Grace Chong - 11 May 2021
Han Heyuan asserts that rising property prices in China are not just the “biggest grey rhino” in terms of financial risks as some policymakers have said, but also a catalyst for a slew of development and social issues such as the lack of entrepreneurs, negative attitudes to work, and falling birth rates.
Read more 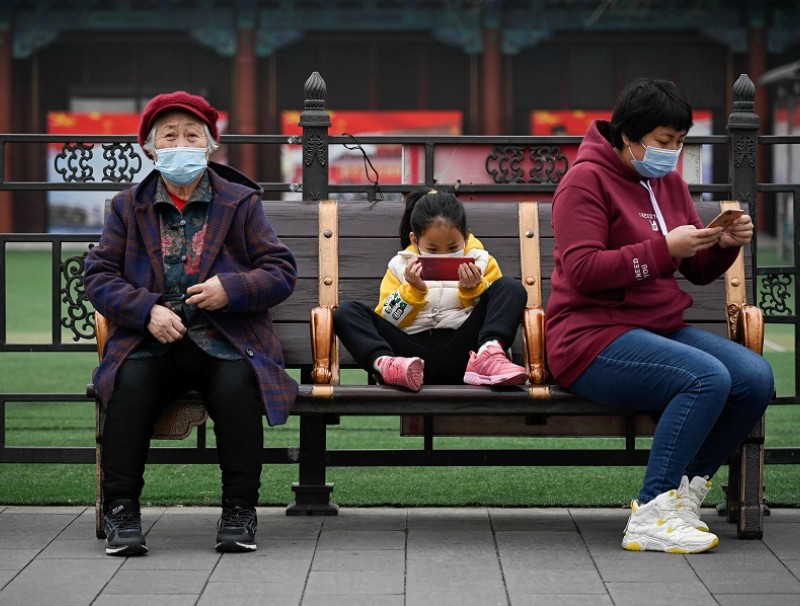 Grace Chong - 7 May 2021
Former journalist Teo Han Wue chuckles as he recalls his first assignment in China covering an international Confucianism conference in Qufu, Confucius’ hometown in Shandong. Telecommunications facilities then were a far cry from the advances in 5G or AI that China enjoys now. Even sending a facsimile was a comedy of errors.
Read more
Translated by Grace Chong on 26 April 2021

I have never been to Haiyan (海盐, lit. “sea salt”) county. I only remember reading about it in geography textbooks when I was young, and know that it lies on the north shore of Hangzhou Bay at the mouth of Qiantang River. The county got its name simply because it is situated by the sea and produces salt. Two famous people in modern China’s publishing industry are from Haiyan — Zhang Yuanji, co-founder of The Commercial Press, and Zhang Leping, creator of Sanmao (三毛, a comic character).

We are close friends with Zhang Leping’s fourth son (Zhang Weijun, whom we call Asi or fourth child) and his wife; they have been telling us for years that Haiyan is worth a visit. They mentioned Qiyuan (绮园), a Qing dynasty garden with towering ancient trees, pavilions, and bridges over streams. Though it is well-hidden, it is a famous garden in Jiangnan and certainly no less magnificent than the gardens in Suzhou. They also said we could visit the Zhang Yuanji and Zhang Leping memorial halls, and tour the scenic Nanbei Lake outside the city. But as Asi emphasised, more importantly, we would be able to try Haiyan’s local delights and yangrou zaoshao (羊肉早烧, lit. mutton morning liquor) at Ganpu town (澉浦).

Asi and I have the same obsession with food. On our travels, we would search for the best delicacies, eating our way from palace-like Michelin-starred restaurants to windy and dusty roadside stalls. In our book, food is not restricted by class boundaries — they are equal as long as they are delicious. Foodies like us never pretend to be civilised and classy, or someone that we are not.

Every time we met, Asi would talk about his food escapades in great detail. It could be a braised duck he ate somewhere, a variety of shaobing (烧饼) he tried, drunken shrimps that were super fresh, some place that served insanely crispy bombay duck, tasty glutinous rice balls in sweet rice wine, meat-stuffed mooncake, water chestnuts just out on the market, or freshly-peeled fox nuts. Every dish that he raved about was usually the best in season.

This time, I was in Shanghai for the opening ceremony of my personal calligraphy exhibition (《书写斯文》). I took two days off my schedule and finally organised a trip to Haiyan. I had to try the best local dishes in Haiyan since I would be following Asi back to his hometown. I was most curious about the yangrou zaoshao he mentioned as it was new to me. Asi didn’t know what it was exactly but believed it involved eating mutton early in the morning. He said we could ask informed cultural leaders when we got to Haiyan.

On the mutton trail in Haiyan

Upon arriving in Haiyan, we met with Asi’s old friend, Yang, and asked him what this zaoshao was all about. Yang told us that Haiyan county’s Ganpu town is located by the sea. In the past, locals used to go out to sea early in the morning to catch fish for a living. Apart from braving the storms and waves, they even had to endure the bone-chilling cold when winter came. So, they would have piping hot mutton with some shaojiu early in the morning to warm their bodies. After that, they would set sail and begin their day’s work.

Today, Haiyan’s main industries revolve around the production of down jackets and hardware such as nuts and bolts. While locals no longer go out to sea to earn their living, the tradition of eating mutton and drinking shaojiu early in the morning has lived on and become a local custom. Zaoshao is usually available between five and six in the morning; stalls close by eight or nine o’clock. Yang asked if we would like to try zaoshao the next morning.

So, the six or seven of us drove to Ganpu the next morning in two cars. Yang walked ahead of us and we soon found ourselves at a traditional wet market. As stalls selling fish and prawns lined the entrance of the market, the ground was wet and slippery. We had to walk around these stalls and go past purveyors of fruits and vegetables, soy products, eggs, and preserved vegetables, as well as the butcher selling fresh pork and poultry, before we reached the back of the market.

There, a mutton stall with gentle plumes of smoke billowing into the air came into view. There was no signboard, only half a lamb hanging from a massive iron hook on the door and the characters “金良羊肉店 “(Jinliang Mutton Stall) painted in red against the grey wall. Beside the stall's name, a line read “Come taste some braised mutton”. A narrow alleyway separated an old-fashioned earthen hearth and the dining area. I thought this showed some sort of fire safety awareness. But two thick logs of firewood were piled on the heath, obstructing the way. One had to be careful when squeezing through to go over to the other side.

After we gingerly made it across to the room at the back, we realised that it was an eatery converted from a traditional farmhouse. There was a courtyard behind it, furnished with a few “eight immortals” square tables and climbing snake gourd plants, just as it would have been on a village farm.

A short while later, each person was served a bowl of lamb blood soup. The broth was clear and came with a sprinkle of chopped garlic sprouts on top. The taste was refreshing and not too gamey as well. Then came boiled lamb liver and boiled lamb head, paired with a plate of coarse salt. These were extremely fragrant and without a hint of gaminess. At last, the highlight of the day: the famous braised lamb brisket and braised lamb tripe, a big bowl of braised taro, and finally, the highly popular braised lamb hooves.

Asi asked, “Didn’t we want to drink shaojiu too?” He went to the stallholders to ask for it and came back with a bottle of traditional shaojiu. A red label with the words “双蒸烧酒” (double-steamed shaojiu) was affixed on the bottle with the fine print saying its alcohol content was 30%. Each of us had about erliang (100ml) of the liquor with our mutton. And indeed, just as the locals said, having mutton with shaojiu early in the morning was pure enjoyment indeed!

When we were ordering the lamb hooves, Asi and his wife initially said with regret that the hooves would be too tough for them to chew and they would have to give them a miss. When we tried them, however, they were actually thoroughly cooked through and soft like tofu. There was no need to bite at all; a simple slurp was all it took for the meat and tendon to come off and melt in one’s mouth. We quickly told Asi that he did not have to live with this lifetime of regret any longer. In the end, everyone was wolfing down their lamb hooves like soldiers gallantly fighting on the battlefield.

The last dish to arrive was mutton noodles. At that point, we were already too stuffed and suggested that we share two bowls amongst ourselves. But we still had plenty leftover — what an insult to precious food! On our trip back to the city, Asi said that he did not know his hometown’s yangrou zaoshao could be so delicious. “I should definitely come home more often,” he said.

This article was first published in Chinese on United Daily News as “羊肉早烧”. Culture
Taiwanese art historian: 'Lord of the banyan tree' and his grand wisdom