Last month, Myanmar became the first Southeast Asian country to take delivery of a made-in-China submarine, the UMS Minye Kyaw Htin. Given that the EU will not sell arms to Myanmar, that leaves China and Russia as possible arms suppliers. The latest sale gives China an advantage over Russia to supply Myanmar with a new fleet of submarines, as both countries ignore US calls to ban arms sales to Myanmar. This means that price and geopolitics will decide which country wins. 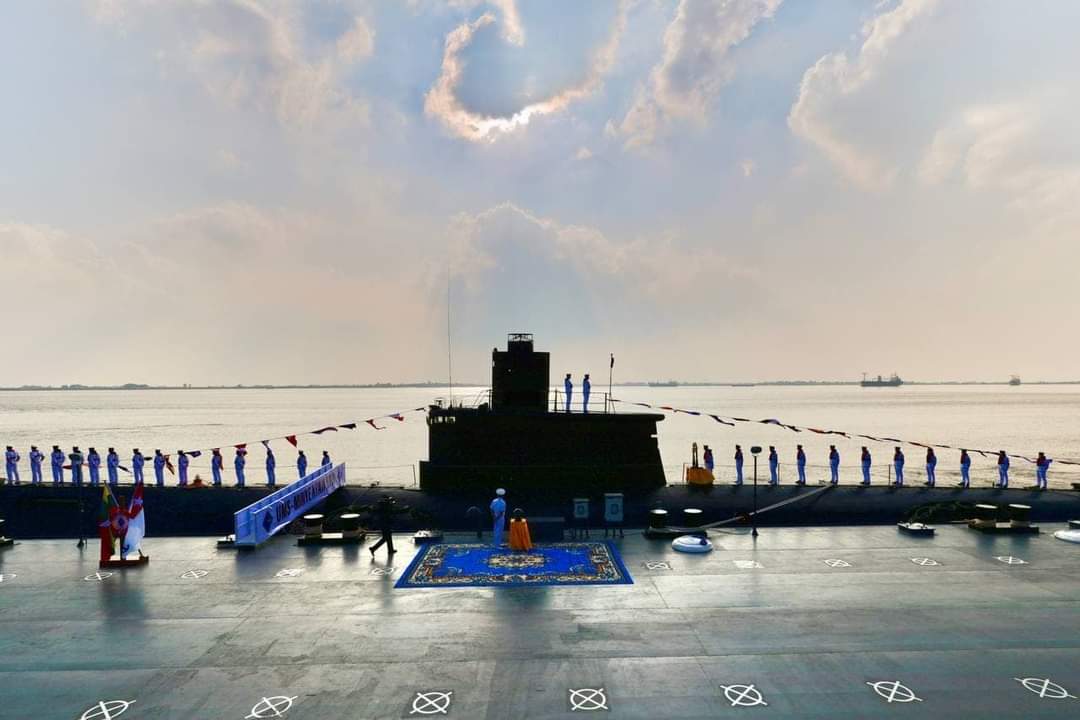 Candice Chan - 4 January 2022
As the pandemic drags on with the new Omicron variant, Hong Kongers’ mistrust of the government is far from concealed. Some of them have taken to “resisting” government efforts in containing the pandemic. They, for example, have stopped using contact tracing apps or provided false information. Zaobao journalist Tai Hing Shing reports.
Read more Candice Chan - 3 January 2022
China's new TV show Enemy tells the story of a spy couple from Taiwan living in mainland China. The drama has won accolades and fans not so much for spy intrigue per se, but the realistic portrayal of everyday life in mainland China. Zaobao correspondent Yu Zeyuan looks at how reel life mirrors real life and the ongoing tensions in cross-strait relations.
Read more 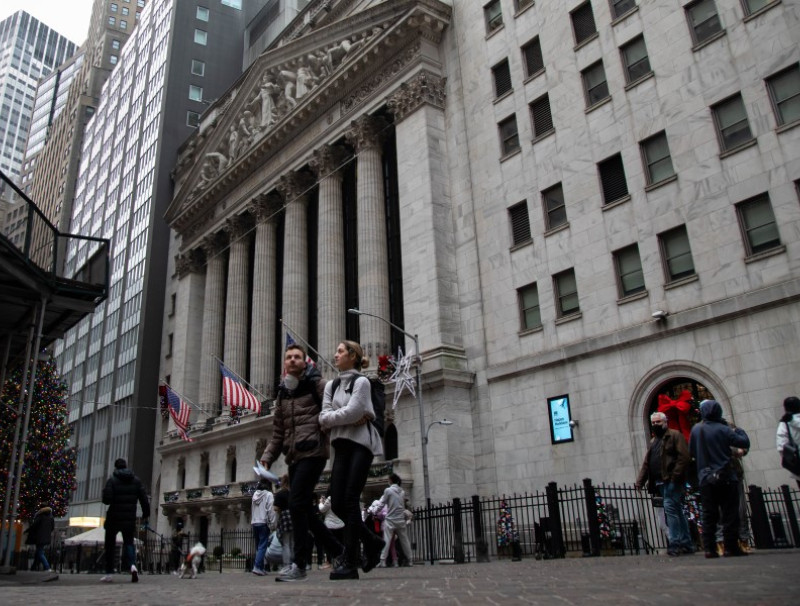 How the global economy can speed up its recovery in 2022

Candice Chan - 3 January 2022
In 2022, as global supply chains normalise and inflation gradually decreases, there is room for cautious optimism in the global economic outlook, but much will depend on countries’ fiscal policies and the extent to which the US Federal Reserve adjusts its interest rates. Economics professor Zhang Rui predicts that if investments of economic giants such as the US, the EU, Japan and China continue to rise, the global economy will expand, but emerging countries will need to be wary of increasing their debt burdens.
Read more Candice Chan - 30 December 2021
Claims that financial decoupling will occur between China and the US are not yet evident from the trade data, says NUS academic Christopher J. Voisey. In 2020, FDI inflows in China increased by 6% and the ease of doing business improved. And while there have been greater hurdles for Chinese companies seeking US listings, their stocks are often still available to foreign investors through alternative channels. Might some turbulence be par for the course as China seeks stronger autonomy and economic power?
Read more 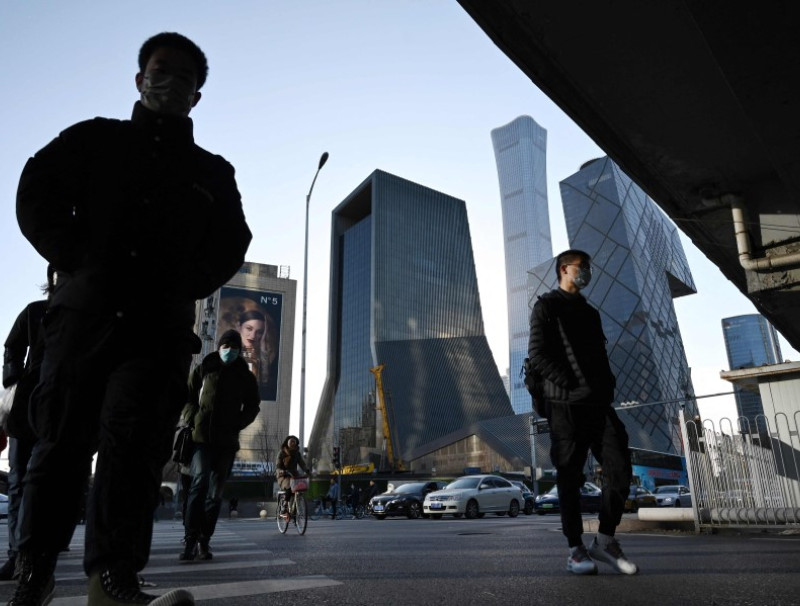 Candice Chan - 30 December 2021
New regulations announced by the Chinese authorities seem to have made it more complicated for Chinese companies to get listed overseas, even though the variable interest entity (VIE) structure is still in play. Given the added obstacles ahead, will Chinese companies still want to go through the trouble of seeking overseas listings? Zaobao correspondent Chen Jing reports.
Read more
Translated by Candice Chan on 5 January 2022

In a videolink on 15 December 2021, Chinese President Xi Jinping and Russian President Vladimir Putin pledged support for each other amid rising tensions with America over Taiwan and Ukraine.

But even the closest of bilateral relationships contain elements of competition (think America’s Boeing versus Europe’s Airbus). Nine days later, that competitive dynamic was on display as Beijing stole a march on Moscow when it transferred a Chinese-manufactured submarine to the Myanmar Navy, UMS Minye Kyaw Htin.

Since the early 2000s, Myanmar has sought to acquire a fleet of submarines, mostly, it seems, to keep up with its Southeast Asian neighbours Indonesia, Malaysia, Singapore and Vietnam.

But Myanmar’s buying options are limited. Due to its atrocious human rights record, the European Union has imposed an arms embargo against Myanmar, thus ruling out boats from Germany, France and Sweden. For the same reason, Japan and South Korea would be unlikely to offer their submarines to Myanmar either.

That pretty much leaves China and Russia, already the first and second largest supplier of arms to Myanmar.

Russia appeared to have the inside track. In October 2020, Moscow allowed India to transfer a Soviet-built Kilo-class submarine to the Myanmar Navy. The submarine had served in the Indian Navy for 32 years but was refurbished prior to being sold to Myanmar. India does not build submarines for export.

Russia is eager to sell submarines to Myanmar to make up for falling defence sales in other Southeast Asian countries...

The sale was in both India’s and Russia’s interests. Myanmar bought the vessel from India using credit intended to strengthen defence ties with Naypyidaw in an effort to counter China’s influence. For Russia, the ex-Indian submarine provided the Myanmar Navy with a useful training platform to familiarise itself with Russian technology. Hopefully, Moscow thought, this would lead it to buy new vessels from Russia.

Soon afterwards, Naypyidaw initiated negotiations with Russia to purchase one or more Varshavyanka-class submarines, sometimes referred to as the advanced Kilo-class. Vietnam already operates six of these potent warships, providing it with a formidable deterrent against China in the South China Sea.

Russia is eager to sell submarines to Myanmar to make up for falling defence sales in other Southeast Asian countries (particularly its biggest regional customer, Vietnam) and to usurp China as the junta’s number one arms supplier.

China appears to be pushing back. But whereas Russia’s motivation is purely commercial, China’s rationale is geopolitical: maintaining influence over Myanmar’s generals.

When India transferred its submarine to Myanmar in 2020, China sniffed at the deal. The Global Times called the sale provocative and scorned the vessel as "retired and outdated".

But the submarine Myanmar has just received from China isn’t much better in terms of capability, and arguably is worse.

The Minye Kyaw Htin is a Type 035B Ming-class submarine, built in Wuhan in the early 2000s. The Ming-class is a variant of the Soviet Union’s 1950s-era Romeo-class submarines. The PLA-Navy lost an 035B in an accident in the Yellow Sea in 2003 with the loss of all 70 crew members.

China is now gradually phasing out its Ming-class boats in favour of more modern vessels. In 2016, it refitted two Type 035Gs and sold them to the Bangladesh Navy for the bargain-basement price of US$203 million. Before being transferred to Myanmar, China also upgraded the Minye Kyaw Htin. It is unclear whether China sold or gave the submarine to Myanmar for free.

But for China to make a serious play for the Myanmar Navy’s next generation of submarines, it would have to proffer something much better than second-hand Ming-class boats.

The most likely option would be for Beijing to offer the generals the export variant of its latest submarine, the diesel-electric Type 041 Yuan-class.

This would be a replay of Beijing’s 2017 US$1.03 billion deal with the Thai junta. Russia was also angling to sell submarines to Thailand but lost out to China, which offered Bangkok three boats for the price of two, including combat systems, torpedoes, training, berthing facilities and generous repayment terms.

The first of the submarines is currently under construction in Wuhan and scheduled to be delivered in 2023. Payments for the second and third boats were renegotiated in 2021 due to the economic fallout from the Covid-19 pandemic, but the goal is still to have all three submarines operational by 2026.

Whether Beijing or Moscow will emerge as the winner is unclear.

Coup leader Min Aung Hlaing’s preference is for Russian-manufactured kit. In June, he visited arms factories in Russia, but has yet to travel to China.

He appears to prefer Russian military hardware over Chinese-manufactured equipment because of their better quality and because he doesn’t want to become too dependent on Beijing. That said, China may lean on the junta to buy its submarines, possibly as part of a large economic aid package that the generals desperately need as the country’s economy tanks.

It would also be a shrewd way for Myanmar to balance between Beijing and Moscow, that is, buying submarines from China and fighter aircraft from Russia (possibly the 11 SU-35 fighter jets which Indonesia agreed to buy but finally reneged on recently under the threat of US sanctions).

Whichever country clinches the submarine deal, it is very clear that China and Russia have absolutely no intention of heeding America’s recent call for a worldwide ban on arms sales to Myanmar. The geoeconomic stakes are too high for Moscow and Beijing.

Related: Chinese researcher: Why China avoids taking a strong stand on Myanmar | A rising China needs to demonstrate moral courage on Myanmar issue | Submarines overcrowding the South China Sea: A major accident could happen | What does the high-profile launch of three new PLA warships tell us? | Russia in Southeast Asia: Falling influence despite being largest arms seller | Russia and China in Southeast Asia: Pragmatic cooperation against US primacy