Despite repeated warnings from Beijing, US House Speaker Nancy Pelosi has landed in Taiwan. Her act has triggered strong reactions from Chinese netizens, raising Chinese national sentiment to a new high. Beijing has strongly condemned the visit, sent jet fighters over the Taiwan Strait and said that it would conduct live-fire exercises around the island. It has also announced economic sanctions on Taiwan, and warned of more "long-term, resolute and steadily advancing actions”. Zaobao's Beijing correspondent Yang Danxu examines the situation. Will Pelosi visit Taiwan this time?

Candice Chan - 22 July 2022
US House Speaker Nancy Pelosi has again announced plans to visit Taiwan, this time in August. Meanwhile, US President Joe Biden has also said that he will very likely speak to Chinese President Xi Jinping in the next ten days. Are these incidents related and what action is mainland China likely to take? Zaobao’s associate editor Han Yong Hong examines the issue.
Read more 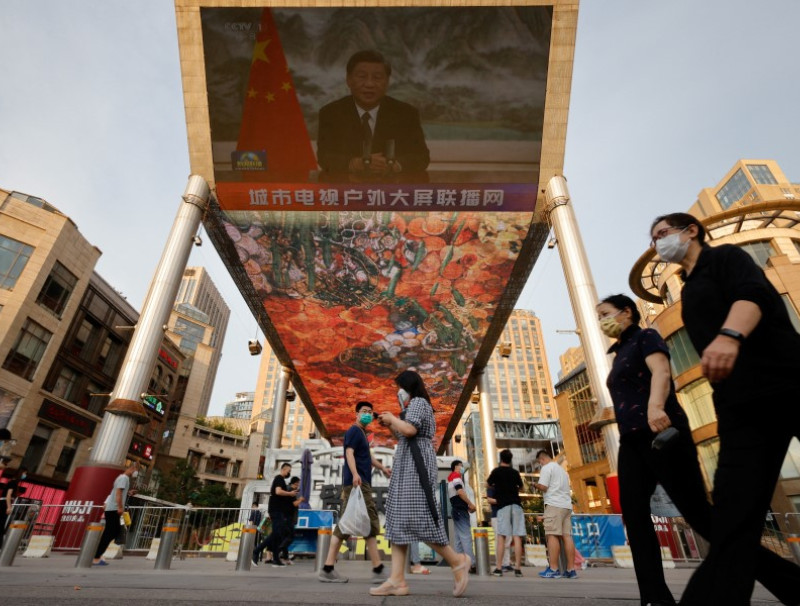 Candice Chan - 22 July 2022
China has doubled down on its alignment with Russia against the West. This has led to a proliferation of minilaterals and security partnerships aligned with the US. China's launch of its Global Security Initiative is not helping to assuage Western worries of Chinese ambitions and countries in the region are also wary. What will this mean for Southeast Asia?
Read more 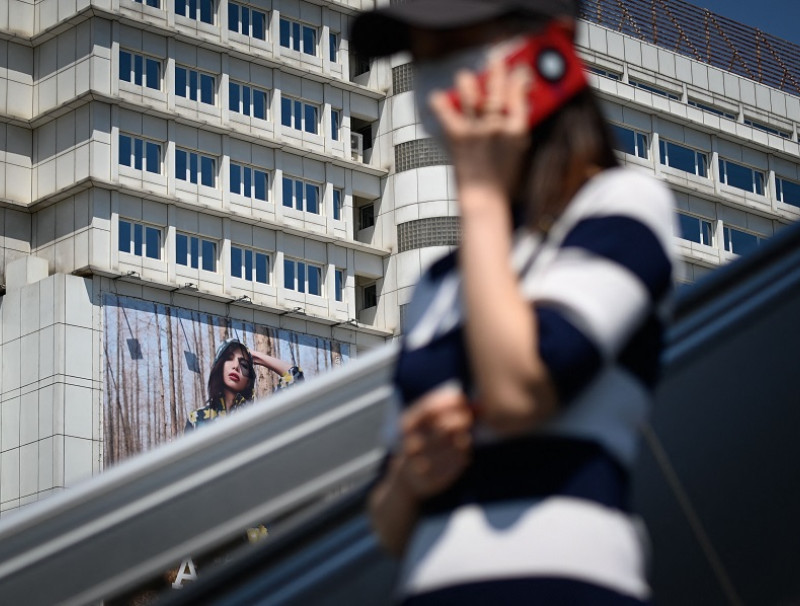 The dwindling space for public opinion in China

Candice Chan - 21 July 2022
Chinese social media platforms such as Weibo, Bilibili and Douyin have announced measures to clean up the use of miswritten words and homonyms that could be related to sensitive terms, sparking backlash from netizens. Zaobao correspondent Wong Siew Fong tells us more.
Read more Candice Chan - 21 July 2022
Japan’s efforts at revising its constitution are not just a domestic issue as it concerns the foremost interests of external parties, says Taiwanese commentator Chen Chen Kuohsiang. The wounds from the Second World War remain fresh in mind for countries such as China and South Korea, while regional cooperation efforts, especially those of the US’s geopolitical strategy, may turn to dust.
Read more Candice Chan - 21 July 2022
While China has accelerated its push to build the infrastructure and to promote 5G among telcos and subscribers, it still faces a shortage of exciting new 5G applications that will draw in a constant stream of consumers or find wider industrial use. Amid a hostile external environment, it also faces some challenges in rolling out 5G and other advanced digital technologies through the Digital Silk Road. Nonetheless, it plans to go full steam ahead.
Read more
Translated by Candice Chan on 3 August 2022

On the night of 1 August, when US and Taiwan media both quoted an informed source confirming that US House Speaker Nancy Pelosi would be visiting Taiwan, a fellow journalist texted me to say that the news was “unsettling”.

Two weeks ago, the Financial Times reported that Pelosi, the US’s third most powerful politician, was planning to visit Taiwan in August, which became a hot topic. People breathed a sigh of relief when the official itinerary of her Asia tour did not include Taiwan — a crisis had been averted.

However, various media later confirmed that she would visit Taiwan and stay overnight in Taipei — the unsettling feeling returned.

Since late July, the Chinese foreign and defence ministries and Eastern Theater Command have made unusually severe statements: “The Chinese military will not sit idly by” and is “prepared for any eventuality”.

Amid the sabre-rattling on China’s internet, the different advocates of war are coming to the fore.

In his phone call with US President Joe Biden last week, Chinese President Xi Jinping also gave a warning: “Those who play with fire will eventually get burned.”

The Chinese military even held a series of naval exercises and sent aircrafts to circle Taiwan, signalling that they would take strong action to safeguard China’s sovereignty and territorial integrity.

With all the official publicity, Chinese social media has been on a rampage. On the night of 1 August, articles on Pelosi’s visit to Taiwan were among the top searches on Weibo, along with the warning by a foreign ministry spokesperson that “if she dares to go to Taiwan, we shall see”, and declarations by the Eastern Theater Command that they were “ready and waiting for orders to fight”, and would “bury all incoming enemies”.

Amid the sabre-rattling on China’s internet, the different advocates of war are coming to the fore. Those for armed reunification say that Pelosi has presented a good opportunity for the Chinese people to “witness the historic reunification of the motherland”.

Meanwhile, those rubbing their hands in anticipation shout that “we’ll greet the jackal with rifles”, and urge the People’s Liberation Army (PLA) to “show what they’re capable of in a real fight”.

And those who want to erase China's shame and humiliation firmly believe that swords must now be drawn, otherwise “if China misses this chance to stand tall, it will be difficult to show its strength in the future”.

... the “cold but peaceful” cross-strait relations may fade away amid the worsening China-US relations, with Taiwan increasingly at the forefront of China-US clashes.

The Economist declared last year that Taiwan is the most dangerous place on earth, while academics in international relations warn of another crisis in the Taiwan Strait. Such dangers appear more imminent with Pelosi’s visit.

In recent years, cross-strait relations have continued to deteriorate as Taiwan’s Democratic Progressive Party government refuse to recognise the 1992 Consensus and mainland China’s proposed “two systems”. Beijing has ramped up the pressure on Taiwan’s military and diplomatic affairs, sending military aircraft and vessels to circle Taiwan, and pulling away Taiwan’s diplomatic partners.

In mainland China, calls for armed reunification with Taiwan are getting louder, including from officials and retired PLA leaders. In recent years, there has been virtually no official cross-strait contact, while exchanges among the people were also disrupted by the pandemic.

However, despite the tense situation in the Taiwan Strait, relations between the mainland and Taiwan have remained peaceful, albeit cold, over the past few years. Worryingly, the “cold but peaceful” cross-strait relations may fade away amid the worsening China-US relations, with Taiwan increasingly at the forefront of China-US clashes. Furthermore, Pelosi’s Taiwan visit has just pushed the Taiwan Strait to the brink of war.

Analysts also pointed out that Pelosi’s Taiwan visit may prompt the mainland to assert even more military pressure on Taiwan, including sending PLA military aircraft and warships across the median line.

Analysts also pointed out that Pelosi’s Taiwan visit may prompt the mainland to assert even more military pressure on Taiwan, including sending PLA military aircraft and warships across the median line. Such incursions could later become “regular” operations.

Taiwan’s peace is directly related to regional stability, and no one wants a China-US military conflict in the Taiwan Strait. With the Chinese Communist Party set to hold its 20th Party Congress, which is held every five years, Beijing’s top priority is ensuring stability.

Both China and the US also face economic challenges — China’s economy has yet to recover from the recurrent Covid-19 outbreaks, while the US faces 40-year high inflation. A crisis at this time would inevitably cause more economic damage.

The phone call between Xi and Biden last week also revealed that both parties are making plans to meet in person. It is clearly not the time for a showdown.

However, their hawkish positions and increasing hostility towards each other have also put both Washington and Beijing under domestic political pressure. Some Americans had reservations when the news of Pelosi’s plan to visit Taiwan broke, but standing firm against the pressure from Beijing is still a bigger political imperative.

Even if Pelosi’s Asia tour did not include a stop in Taiwan, such nationalist sentiment will explode sooner or later.

Amid China-US hostility, it is not difficult to understand the righteous indignation of the mainland Chinese over Pelosi’s visit to Taiwan. Beijing believes that it is the US that has changed the status quo. Rising nationalist sentiment in the mainland is also mixed with the desire to rise above historical humiliation and defeat, along with the drive to march forward following the country’s rise and strengthening.

Even if Pelosi’s Asia tour did not include a stop in Taiwan, such nationalist sentiment will explode sooner or later. While China does not adopt the democratic system of Western countries, the politics of public opinion will still push the country forward, giving Beijing less manoeuvring space and making it tougher to maintain strategic focus.

The outcome of Pelosi’s visit to Taiwan remains to be seen. The next two days will be unsettling for everyone. We can only hope that a “hot crisis” will not break out prematurely in the Taiwan Strait.

Related: Taiwan likely to become biggest loser with Pelosi's visit | China and the US not ready for showdown over Taiwan | Taiwan: A runway for great powers to flex their muscles? | Biden's 'gaffe' on Taiwan reflects changing status quo in the Taiwan Strait | China-US relations: ‘Strategic clarity’ on Taiwan may lead to hot war