President Xi Jinping announced at the 75th session of the UNGA last year that China aims to have its CO2 emissions peak before 2030 and to achieve carbon neutrality before 2060. How will its efforts affect China and the world? Ultimately, will taking a bitter pill now help China to leapfrog its constraints and build a sustainable economy? 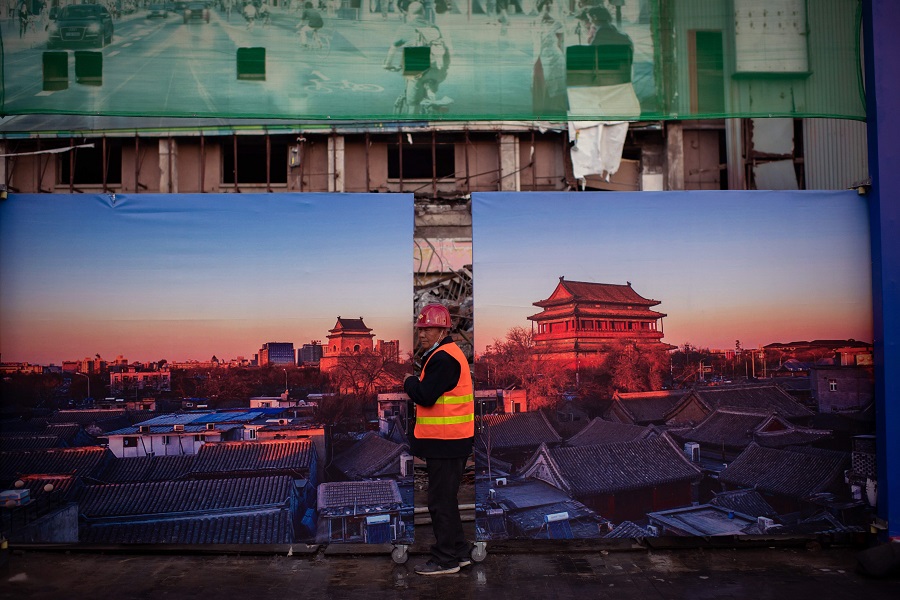 A worker leaves a construction site in Beijing on 28 October 2020. (Nicolas Asfouri/AFP) 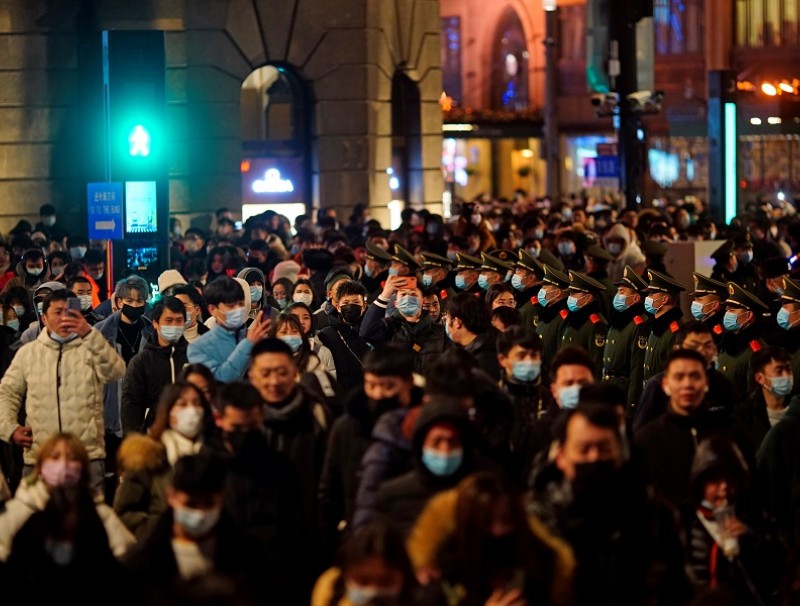 Grace Chong - 11 January 2021
China’s Ministry of Commerce recently released new rules targeted at blunting the suppressive impact of the US’s long-arm jurisdiction statutes on Chinese companies. The method, however, looks likely to put stress on third-party companies supplying to Chinese companies. Would this be a case of cutting off the nose to spite the face?
Read more 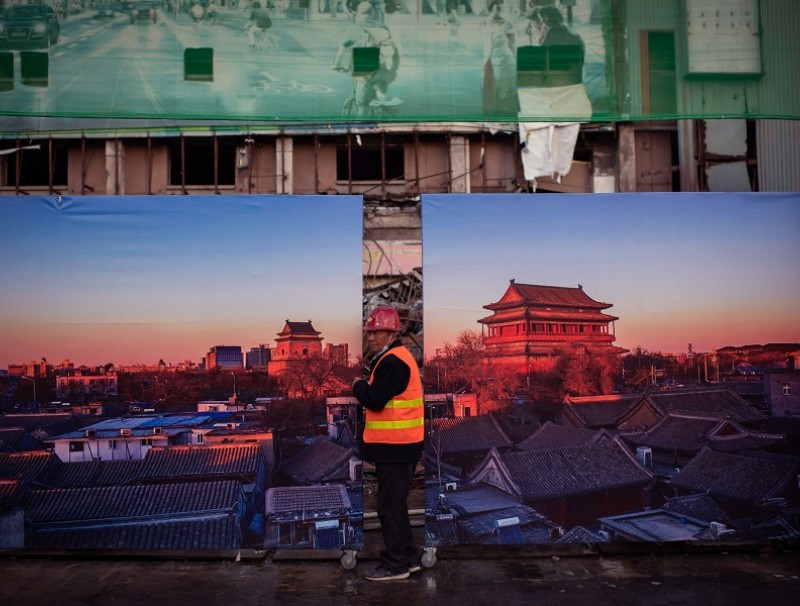 Grace Chong - 11 January 2021
President Xi Jinping announced at the 75th session of the UNGA last year that China aims to have its CO2 emissions peak before 2030 and to achieve carbon neutrality before 2060. How will its efforts affect China and the world? Ultimately, will taking a bitter pill now help China to leapfrog its constraints and build a sustainable economy?
Read more 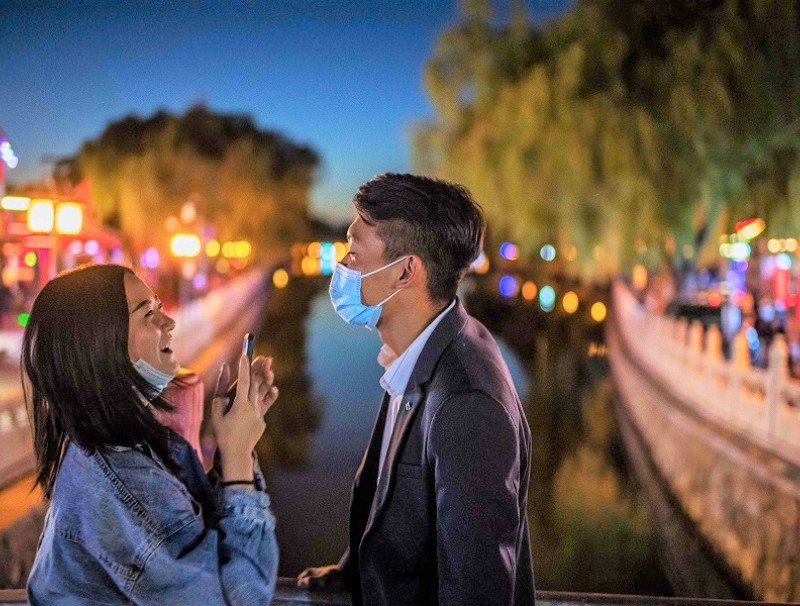 Grace Chong - 8 January 2021
It was probably a matter of time before online entrepreneurs found a way to meet the perennial demand for love and marriage in China — through livestream matchmaking. From the looks of it, it is a match made in heaven. Over the past two years, scores of people, particularly in smaller cities and towns, have used “cloud dating” mobile live-streaming apps to chat with prospective matches in real time. Seeing opportunity, various platforms like Alibaba, Tencent, Momo, Huya TV, Inke, and Huajiao have entered the fray. Covid-19 has made it even more common to seek out remote means of having one’s head in the clouds, basking in the novelty of new love. Zaobao journalist Zeng Shi has the details.
Read more 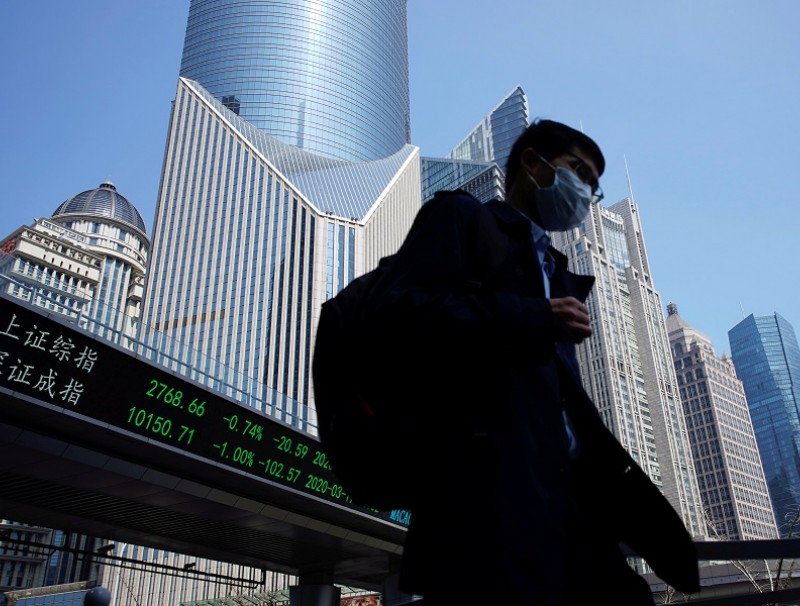 Grace Chong - 8 January 2021
Cai Daolu of the NUS Business School says that the Comprehensive Agreement on Investment (CAI) between China and the EU can help to reduce uncertainty and facilitate the flow of investment, technology and know-how across borders. In fluid times, good old-fashioned economic integration and openness to foreign direct investment are just the booster shot that the world economy needs.
Read more
Translated by Grace Chong on 11 January 2021

It is a known fact that climate change as a result of the increase in carbon dioxide and other greenhouse gas emissions is a serious challenge faced by human society today. Since the 1990s of the last century, countries have been setting their own greenhouse gas emission reduction targets to reduce the catastrophic effects of global warming. As the world’s largest emitter of carbon dioxide (CO2), China’s emission reduction plans have always been closely watched by international society.

At the 75th Session of the United Nations General Assembly held in 2020, Chinese President Xi Jinping announced that China aims to have its CO2 emissions peak before 2030 and to achieve carbon neutrality, or net-zero CO2 emissions, before 2060. China’s proposed carbon neutrality target is highly significant as part of global efforts to reach Paris Agreement climate goals, and symbolises China’s willingness to take on greater international responsibilities for global governance. Of course, whether this radical emission reduction target would restrict China’s economic development in the process is a topic of interest.

...countries are extremely cautious with their emission reduction goals as they are worried that overly stringent goals would hinder the fulfilment of economic development and employment targets.

Over the course of international climate negotiations (mainly involving sovereign states’ emission reduction responsibilities and efforts to address climate change), China has positioned itself as a developing country that supports the UN principle of “common but differentiated responsibilities”. It supports the idea that developed and industrialised countries should take the lead in reducing emissions, while developing countries should have more leeway to moderately increase emissions due to their priority in economic development. At a certain technological level, it is inevitable that an increase in economic and industrial activities would bring about a corresponding increase in carbon emissions. Thus, countries are extremely cautious with their emission reduction goals as they are worried that overly stringent goals would hinder the fulfilment of economic development and employment targets. China is no exception as well.

For a long time, unlike many other countries that proposed quantifiable emission reduction targets, China has been submitting their climate targets to the UN in terms of efficiency — that is, according to IPCC (Intergovernmental Panel on Climate Change) definitions, energy intensity or the ratio of economic output to energy input, as well as carbon intensity, or the amount of emissions of CO2 released per unit of another variable such as GDP, output energy use or transport — and has been performing well in meeting these efficiency goals. In fact, it had reported at the UN in 2018 that it had met its 2020 carbon intensity target three years ahead of schedule.

Now, the answer is revealed: China aims to achieve net-zero C02 emissions before 2060, that is, a reduction goal of 100%.

However, the fulfilment of these carbon intensity goals does not mean that China’s total carbon emissions have begun to decrease. This is because China’s GDP is still growing relatively rapidly every year. As long as China's carbon emissions growth is slower than its economic growth, these carbon intensity indicators would improve. The international society certainly expects more from China — since the 2009 Copenhagen Summit, China has been under international pressure to come up with quantifiable emission reduction targets so that the increase in global average temperature can be kept below 2 or even 1.5 degrees Celsius above pre-industrial levels, by the end of this century.

For a country whose carbon emissions are still increasing every year to begin reducing its total emissions, its carbon emissions peak must first be determined. Thus, when China proposed that its CO2 emissions would peak in 2030 a few years ago, this indicates that China would start reducing its total carbon emissions after 2030. It was just that people did not know China’s actual reduction goal then — would it be 10%, 20% or 30%? Now, the answer is revealed: China aims to achieve net-zero C02 emissions before 2060, that is, a reduction goal of 100%. This is as good as the emission reduction targets proposed by developed and industrialised countries, signalling that China is willing to take on more costly international responsibilities for global governance, and hold itself to higher and stricter standards.

Carbon neutrality means net-zero CO2 emissions. This is a challenging target not just for China, but for every country. While the UN keeps emphasising the significance of achieving carbon neutrality and limiting global warming to 1.5 degrees Celsius above pre-industrial levels by the middle of this century, so far not one country has achieved carbon neutrality. Even the most technologically advanced countries are still dependent on fossil fuels (coal, oil, and natural gas) for economic growth. Some people even question if carbon neutrality is truly achievable, or if it can only remain theoretical.

China is now the world’s largest producer of wind, solar, and hydroelectric energy, and the capacity of wind and solar power is growing, given government support and lower costs for these new energy facilities.

Technological improvements and economic restructuring are the hope for eventually achieving carbon neutrality. On the one hand, the use of low-carbon technologies will increase dependence on renewable power such as wind, solar, and hydroelectric power, while improving fossil fuel efficiency. On the other hand, the global economic framework is going “smart” and digital. The modern services sector is making up a larger share of the economy, while traditional and farming industries are seeing the opposite trend. In essence, the economic structure is getting “lighter”, which will help to reduce carbon emissions.

In China’s case, coal — a heavy pollutant — currently accounts for 57% of its energy consumption, down from 70% before, while low-carbon wind, solar, hydroelectric, and even nuclear energy has seen rapid development. China is now the world’s largest producer of wind, solar, and hydroelectric energy, and the capacity of wind and solar power is growing, given government support and lower costs for these new energy facilities. It is possible that these new energy options may double their growth by 2060 to overtake fossil fuels as China’s main energy sources. At the end of 1978, the added value of China's service industry accounted for only 24.6% of its GDP; this has risen to about 54% now, far ahead of traditional sectors such as industry and farming.

Apart from China, many of the world’s key economies such as the EU, Japan, Korea, Canada, and Brazil have announced their aim of achieving carbon neutrality by the middle of this century, while about 100 other countries in the Paris Agreement are also actively considering setting the same target. Clearly, carbon neutrality is a new global consensus and belief. In this time where new energy technologies are constantly updated, carbon neutrality may improve China’s energy and economic structures. While this may bring enormous short-term costs in cutting emissions, in the long term it may boost the sustainable development of China’s economy.

Related: The world has become greener because of Covid-19, but will it last? | China’s strides in technology good for US and the world | China’s 14th Five-Year Plan will be a game changer

Society
Life is short. Would you risk yours for a Covid-19 'challenge trial'?