Your feedback is important to us. This survey will take approximately 5 minutes.

Give us your feedback

Political commentator Leung Man-tao ruminates on the changing definitions of the "independence for Hong Kong" label. He worries that misuse of the term in times of instability will only diminish its significance as a political OB marker and further weaken the authority's power to get things done. Is every comment and action an indication of support for independence for Hong Kong? (Kai Pfaffenbach/REUTERS) 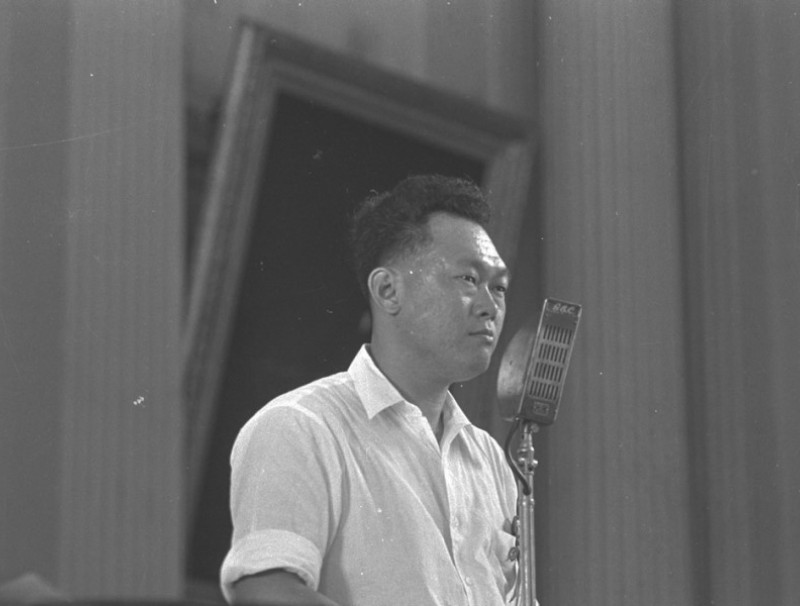 Will China also move into the 'post-LKY era'?

Candice Chan - 30 March 2020
Among all of Singapore’s leaders, one name is most closely associated with Singapore: Lee Kuan Yew, or simply LKY. Five years after his passing, has Singapore moved on from his style of strong leadership and what will other countries who are keen to follow the country’s same developmental trajectory do in shaping their political systems?
Read more Candice Chan - 30 March 2020
As the Covid-19 coronavirus starts to ease domestically, China is now extending help to other countries that gave it assistance in the initial stages of the outbreak and publicising its efforts domestically and globally. While these efforts are sparking praise from Chinese netizens, it is getting mixed reactions in the global arena. Academics say a quieter and calmer approach may be preferred. Zaobao correspondent Chen Jing looks at how China’s pandemic diplomacy is being received.
Read more Candice Chan - 26 March 2020
After decades, claims by various countries in the South China Sea remain unresolved. ISEAS senior fellow Ian Storey focuses on Malaysia, noting that while its leadership has changed, its strategy towards handling China with regard to the South China Sea has remained the same.
Read more Candice Chan - 26 March 2020
After this battle with the Covid-19 coronavirus, each ASEAN country should step up its emergency preparedness and national resilience capacities in dealing with similar pandemics. But health concerns aside, the outbreak also highlights the region’s high reliance on China in economics and trade. As global supply chains realign in the wake of the crisis, Southeast Asian countries should implement bold domestic reforms and vigorously develop their manufacturing sectors to be in the best position to reap the benefits.
Read more China raises its international game with ‘pandemic diplomacy’ in Europe

Candice Chan - 25 March 2020
While China has been diligently making hay while the sun shines, so to speak, in conducting “pandemic diplomacy”, experts assess that its relations with countries in Europe will improve but the US will still hold on to its dominance in the international arena.
Read more
Translated by Candice Chan on 5 November 2019

I never thought Carrie Lam was pro-independence for Hong Kong. At least, that was the accusation I came across on a mainland China website.

In Hong Kong, independence is a political OB marker that is not to be touched.

The same thing happened to Chinese University of Hong Kong (CUHK) vice-chancellor Rocky Tuan. He issued an open letter calling on the government to look into students’ reports of abuse of force; if true, CUHK would support and help the students. It seems nobody saw the keyword “if”; or perhaps they applied the same logic above to conclude that any request to investigate complaints against the police is obstructing police work. And so Rocky Tuan was criticised on all fronts. Official media only said he condoned violence, but online, some said he was pro-independence.

In Hong Kong, independence is a political OB marker that is not to be touched. Given the Chinese Communist Party’s (CCP) history with political struggle, this OB marker should be strictly observed and defined. However, around this OB marker, skilful negotiations, demands, and even disagreements, can take place. As I said in my previous essay, “‘Hong Kong independence’ is in its most fundamental, a political proposition. It recognises Hong Kongers not as people of China, but as a completely different nation, such that it is necessary to push for Hong Kong’s independence from the People’s Republic of China, to the point that it gains the world’s recognition as an independent sovereign state.”

What we are witnessing now is that the OB marker is expanding and the scope of independence for Hong Kong is widening, squeezing out all remaining political space. Why? Because we are entering extraordinary times, where the Chinese government's usual "united front" philosophy (统战哲学) of uniting the majority and striking at the minority no longer applies. Rather, there is now a movement towards the "left".

To put it simply, when it comes to political tussles in extraordinary times, the most important thing is to take sides.

In the end, we can only crudely settle on the least politically damaging position, and any slight deviation becomes potentially a hidden agenda for Hong Kong’s independence. Support for Hong Kong’s police is just such a “correct” position.

To put it simply, when it comes to political tussles in extraordinary times, the best thing is to pick a side. And the most politically correct (or “left”) side is surely the least problematic. Going that route means that saying someone is pro-independence or relating something to Hong Kong’s independence is unlikely to come with any consequences, or at least not too much, and might even earn one some credit. Conversely, there are consequences for defending someone as not pro-independence, or saying that something has nothing to do with independence for Hong Kong. The incident may be pursued and you may be suspected of sympathising with the enemy, or you may even be labelled as a well-hidden pro-independence character. And the leap from “sympathising with the enemy” to being a spy for the enemy can be made very quickly.

In the online arena, the Internet community runs on very similar logic. Because under the theme of patriotism, hitting out at independence for Hong Kong is like a mass witch hunt — even anonymous netizens are after social media recognition and want to avoid being attacked. If the wrong target is attacked, at most the post is deleted (for example, suspecting that Carrie Lam is pro-independence); but if someone picks the wrong side, they fear the authorities will want to "talk" to them, or that they will be doxxed.

One very practical question is: can such a movement solve Hong Kong’s current crisis?

Over the past few months, most of Hong Kong’s middle class, including former chief justice Andrew Li, agree that there should be an independent inquiry into all the recent happenings in Hong Kong, and an in-depth dialogue between the government and protesters. But right now, suggesting that investigations should involve the police (as principal Tuan said), or meeting with the protesters (like Ms Lam did), can mean sympathising with them. So the most trusted members of society with the highest status, who still have some authority left, all have to be classified as the enemy (not forgetting Li Ka-shing, previously criticised for being on the side of the protesters)?

And it goes without saying that professions such as law, nursing, social work, and education, which are all part of the system, are now considered pro-independence hotbeds. We can also foresee that as legal proceedings begin against the arrested protesters, there will be more people levelling criticisms that Hong Kong’s legal system is leaning towards pro-independence.

Finally, the majority of Hong Kong’s populace that polls show to be sympathetic to the movement and unhappy with the police — they are apparently all pro-independence. So, what can be done? How can the central government win people over? How do we ensure that people in Hong Kong and mainland China get along? How do we ensure a Hong Kong run by Hong Kongers? By what power can we guarantee the long-term stability of Hong Kong, and the upcoming Greater Bay Area?

If anything one says or does can be construed as being pro-independence, then what choices are left for the majority of originally moderate Hong Kongers? Will they become more frightened, and not dare to say or do anything?

If these are long-term questions, they may wait until after the unrest ends. So let’s look at the immediate issues. Due to the preference for “left” over “right”, and the rampant labelling, “independence for Hong Kong” is losing its effectiveness as a political OB marker. If anything one says or does can be construed as being pro-independence, then what choices are left for the majority of politically moderate Hong Kongers? Will they become more frightened, and not dare to say or do anything? Or will they feel indifferent about independence for Hong Kong? Can the common use of the label “Hong Kong independence” better resolve Hong Kong’s problems, or will a whole bunch of people be labelled as pro-independence supporters for no good reason?

(Originally published in the Apple Daily) Politics
Japanese academic: Battling Covid-19 is not a global match of going for gold Politics
Globalisation as we know it shall come to an end