Last week, the Communist Party of China (CPC) passed a resolution on historical issues, the third such resolution in its 100-year history. Analysing the text of the resolution, Zaobao correspondent Yu Zeyuan looks at the way the CPC has shaped the narrative of the party’s history and how it has defined the guiding role of “Xi Jinping Thought on Socialism with Chinese Characteristics for a New Era” in bringing China to its next lap of development. A man stands in front of images of Chinese President Xi Jinping displayed at the Museum of the Communist Party of China in Beijing, China, 11 November 2021. (Carlos Garcia Rawlins/Reuters) Candice Chan - 10 November 2021
Although geopolitics is encroaching onto climate change discussions, a poll shows that Southeast Asians remain objective and pragmatic. Achieving climate goals in the region depends on realpolitik and ASEAN leaders’ shrewdness in tapping resources from all major powers.
Read more Are Taiwan's DPP politicians fighting to be blacklisted by Beijing?

Candice Chan - 10 November 2021
In Beijing’s latest effort to discourage notions of independence for Taiwan, it has released a list of Taiwan leaders it considers to be “stubbornly pro-Taiwan independence”, seemingly targeted at Green camp members. However, those on the list are wearing it as a badge of honour, as recognition that they love Taiwan, while those not on the list are clamouring to be blacklisted. Will this move backfire on Beijing instead?
Read more Why the status quo in the Taiwan Strait is quietly changing

Candice Chan - 9 November 2021
While US President Joe Biden has said that the US is ready to come to Taiwan’s defence, a White House statement made clear that the US’s “one China" policy remains unchanged. Analyst Zheng Weibin examines how everyone speaks of maintaining stability and peace in the Taiwan Strait, but it is the stakeholders themselves who seem to be rocking the boat amid China-US competition. While holding fast to ideology-based rhetoric, it is important to understand the security perceptions of individual actors and to avoid provocations, in order to achieve regional stability and peace.
Read more Candice Chan - 8 November 2021
Kong Tuan Yuen notes that this year’s virtual 38th and 39th ASEAN Summits and Related Summits achieved several deliverables, including commitments from dialogue partners such as China, Japan and the US for increased Covid-19 assistance and other cooperation. The grouping also agreed to establish a comprehensive strategic partnership with China and Australia respectively. ASEAN’s desire to maintain its centrality is clear from the way it has timed the two comprehensive strategic partnerships and the stance it adopted on ASEAN member state Myanmar's representation.
Read more 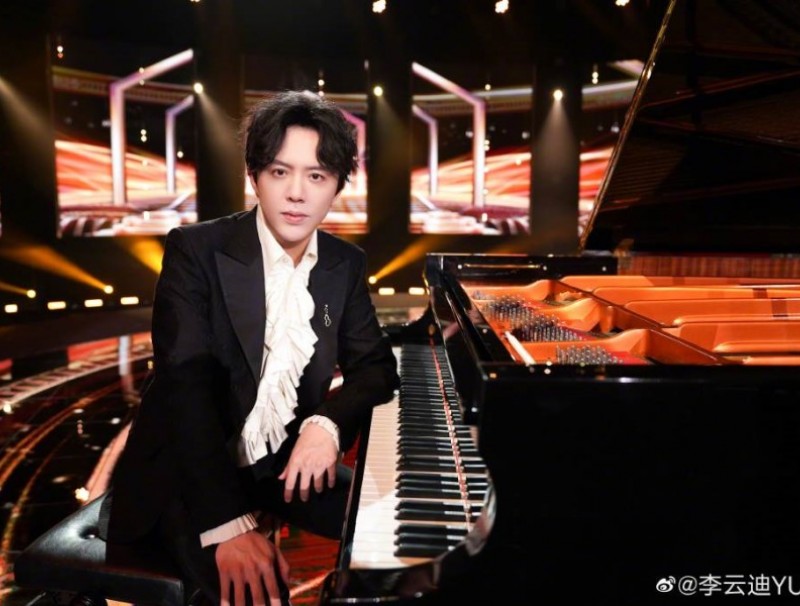 Candice Chan - 8 November 2021
Last month, Chinese pianist Li Yundi was arrested for hiring a prostitute, setting off a storm of controversy, including the loss of some titles and accolades, and various institutions distancing themselves from him. His arrest shows that Chinese laws are fair but does it also expose the immaturity of Chinese society?
Read more
Translated by Candice Chan on 18 November 2021

In its third resolution on historical issues, the Central Committee of the Communist Party of China (CPC) defined the 1989 Tiananmen incident as a “severe political disturbance”, reiterated that the Cultural Revolution was “ten years of domestic turmoil” and a “disaster”, and emphasised that establishing Xi Jinping’s core position and defining the guiding role of Xi Jinping Thought would be of “decisive significance” for “driving forward the historic process of national rejuvenation”.

On 16 November, Chinese state media Xinhua released the full text of the Resolution of the CPC Central Committee on the Major Achievements and Historical Experience of the Party over the Past Century. The resolution was passed at the closing of the sixth plenary session of the 19th Central Committee of the CPC on 11 November 2021, the third such resolution in the CPC’s 100-year history.

Factors from abroad contributed to the Tiananmen incident

In mentioning the Tiananmen incident of 1989, the resolution said: “The late 1980s and early 1990s witnessed the demise of the Soviet Union and the drastic changes in Eastern European countries. In the late spring and early summer of 1989, a severe political disturbance took place in China as a result of the international and domestic climates at the time, and was egged on by hostile anti-communist and anti-socialist forces abroad. With the people’s backing, the Party and the government took a clear stand against the turmoil, defending China’s socialist state power and safeguarding the fundamental interests of the people.”

...the CPC feels the main reason for the incident lies abroad, and there is no need for too much reflection or accountability within China, nor will the CPC bring up the incident of its own accord in future. - Analyses from Beijing

Analyses from Beijing said the fact that the resolution gave a rough sketch of the Tiananmen incident in just three sentences and attributed it to “international and domestic climates at the time... egged on by hostile anti-communist and anti-socialist forces abroad” shows that the CPC feels the main reason for the incident lies abroad, and there is no need for too much reflection or accountability within China, nor will the CPC bring up the incident of its own accord in future.

The resolution also upheld the definition of the Cultural Revolution used in the 1981 Resolution on Certain Questions in the History of the CPC Since the Founding of the People’s Republic of China as “domestic turmoil” and a “disaster”, and reiterated Mao Zedong’s error in initiating it. The resolution said: “Under a completely erroneous appraisal of the prevailing class relations and the political situation in the Party and the country, Comrade Mao Zedong launched and led the Cultural Revolution. The counter-revolutionary cliques of Lin Biao and Jiang Qing took advantage of Comrade Mao Zedong’s mistakes, and committed many crimes that brought disaster to the country and the people, resulting in ten years of domestic turmoil which caused the Party, the country, and the people to suffer the most serious losses and setbacks since the founding of the People’s Republic. This was an extremely bitter lesson. Acting on the will of the Party and the people, the Political Bureau of the Central Committee resolutely smashed the Gang of Four in October 1976, putting an end to the catastrophic Cultural Revolution.”

The resolution stressed that the two earlier historical resolutions of 1945 and 1981 “embody a facts-based review of major events in the Party’s history, as well as important experience gained and lessons learned. These documents unified the whole Party in thinking and action at key historical junctures and played a vital guiding role in advancing the cause of the Party and the people. Their basic points and conclusions remain valid to this day.”

Analysts think that this over 36,000-word long resolution mainly promotes the major achievements and historical experience of the CPC over the past century on the back of two basic fundamentals — that the CPC has established Xi Jinping’s core position in the central committee and the party as a whole, and defined the guiding role of Xi Jinping Thought on Socialism with Chinese Characteristics for a New Era. The CPC hopes that these two fundamentals would provide political guarantees and ideological guidance for the country to meet its goals in the next ten to 30 years, namely to achieve socialist modernisation at a basic level between 2020 to 2035, and to develop China into “a great modern socialist country” from 2035 to the middle of this century.

At the same time, the resolution also called Mao Zedong Thought, Deng Xiaoping Theory, and Xi Jinping Thought an “advancement” and a “breakthrough” in adapting Marxism to the Chinese context. Jiang Zemin’s “Three Represents” and Hu Jintao’s “Scientific Outlook on Development” were not counted as a “breakthrough”.

The resolution discussed at length the achievements and experience of the CPC in the fields of politics, economy, culture, society, military and environmental conservation since Xi became general secretary of the CPC in 2012. It described Xi as having “set forth a series of original new ideas, thoughts, and strategies on national governance revolving around the major questions of our times” through “meticulous assessment and deep reflection on a number of major theoretical and practical questions regarding the cause of the Party and the country in the new era”, and being the “principal founder” of Xi Jinping Thought.

On 16 November, Xinhua also published Xi’s explanation of the resolution. He said that a working group was established to draft the document under the auspices of the Standing Committee of the Political Bureau in March this year, for which Xi was the chief and Politburo members Wang Huning and Zhao Leji were the deputy chiefs.

Xi explained that since April, the Central Committee had begun soliciting opinions from party members and non-party figures. During the drafting process, the Standing Committee of the Political Bureau met three times and the Political Bureau twice to discuss and finalise the draft. The current draft submitted to the sixth plenary session is the product of these meetings.

Related: Uniting China under Xi Jinping to build a modern socialist country: CPC to pass new 'historical resolution' at sixth plenum | Self-assessment: How will the Chinese Communist Party evaluate the Xi Jinping era thus far? | How the CPC plans to seize the democracy narrative | A new Cultural Revolution? Why some Chinese are shocked by the CCP's relentless pursuit of 'common prosperity' | The most outstanding of CCP leaders?