Some Chinese netizens are furious with internet personality Sima Nan, known for his anti-US rhetoric, for owning a house in the US. Sima has blamed the onslaught of public opinion on Lenovo, claiming that the enterprise has plotted against him. Zaobao correspondent Yu Zeyuan suggests that people such as Sima who incite disputes and conspiracy theories will gradually lose ground in China's online public space. 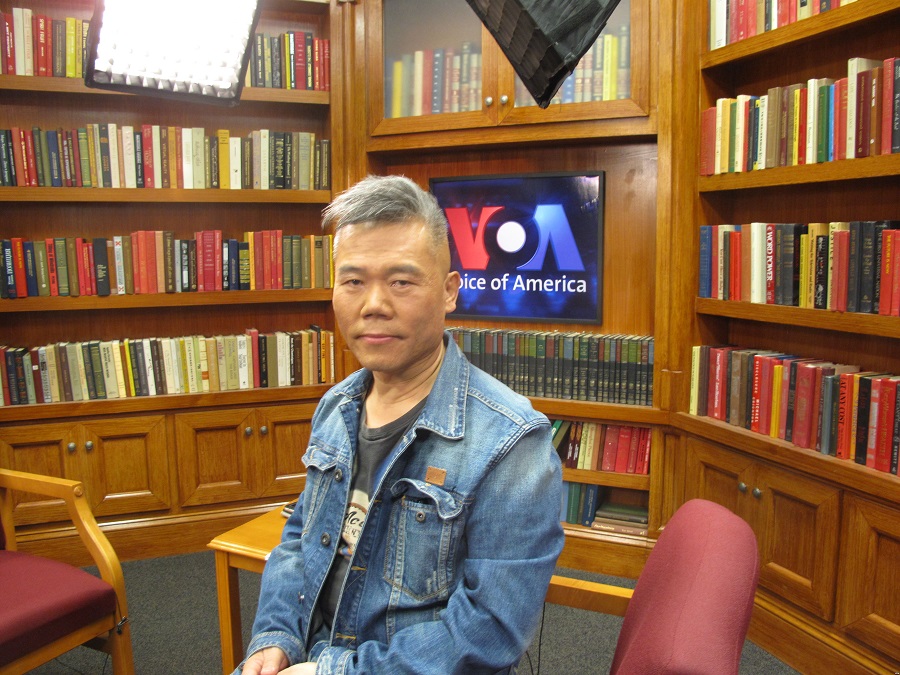 Internet personality Sima Nan is caught in yet another storm of polarised public opinion. (Wikimedia)

Grace Chong - 27 January 2023
Regulators are ramping up efforts to cull poorly performing firms and those that violate the rules or break the law. A record number of companies got the boot from Chinese mainland stock exchanges last year, and that number could even double in 2023.
Read more
Translated by Grace Chong on 22 August 2022

Renowned Chinese “Big V” (大V, verified internet personality) Sima Nan is caught in another storm of polarised public opinion after being censored on his social media accounts including Toutiao and Weibo.

Sixty-six-year-old Sima is a former civil servant, journalist and actor, and was even a visiting researcher at Peking University. He shot to fame in the 1990s after debunking pseudoscientific claims of qigong master imposters and exposing quack doctors.

He has also been nominated for awards that celebrate the country’s emerging talents, the contributions made towards science popularisation and against pseudoscience, as well as the outstanding individuals in the country’s 30 years of reform and opening up. In 1999, Yazhou Zhoukan (亚洲周刊) listed Sima as one of the 50 most influential people in contemporary China.

In recent years, Sima has made a name for himself in the we-media industry and gained much influence in the online public opinion space by commenting on popular current affairs topics.

Since last year, Sima has released a series of videos discussing the challenges to Didi’s IPO in the US and the “six sins” of Lenovo founder Liu Chuanzhi, including the transfer and embezzlement of state-owned assets. This stirred up a huge backlash against Lenovo and Liu on the internet.

In June this year, Sima criticised Nobel laureate Mo Yan, whose works, according to Sima, only exposed darkness and social injustice but failed to celebrate China...

In response to Sima’s accusations, the Chinese Academy of Sciences Holdings admitted that the divestment of its 29% equity stake in Lenovo via the Beijing Equity Exchange was legal and in line with regulations on state-owned asset property right transactions with rigorous auditing, appraisal and bookkeeping. There were no objections raised following audits and checks by the Central Leading Group for Inspection Work and the National Audit Office.

In June this year, Sima criticised Nobel laureate Mo Yan, whose works, according to Sima, only exposed darkness and social injustice but failed to celebrate China, inciting a fierce debate between the supporters and critics of Mo.

However, the infamous Sima met his Waterloo when he was exposed for buying a house in the US 12 years ago for US$250,000, contrary to his prior claims that he did not own any property in the US. Sima has since admitted to this, citing that he was deceived by his relatives back then. He claims that he and his family have never lived in the house, which was purchased for investment purposes. He even made a self-deprecating joke as a public apology, saying that he is so ashamed that his “intestines have turned green” (肠子都悔青了, meaning that he regrets his actions to death).

He called out Lenovo as the capital working behind the scenes, plotting his downfall with this wave of criticisms.

However, the netizens are not buying his apology. The internet is flooded with criticisms of Sima for being a hypocrite, calling him out for claiming to be anti-US but secretly buying a house in the US and paving the way for life there. They recall that Sima used to taunt Chinese “patriots” living in the US with the quip that "opposing Uncle Sam is work, and living in the US is life”, yet here he is having the same “split personality”.

Clearly, Sima, who has tens of millions of followers, and claims that his online popularity even surpasses that of Ukrainian President Volodymyr Zelenskyy, will not take this lying down. He called out Lenovo as the capital working behind the scenes, plotting his downfall with this wave of criticisms.

Sima began his counterattack on 19 August with a 16-minute video reporting Lenovo to China’s Ministry of Public Security and the Cyberspace Administration of China for manipulating public opinion.

He believed that something was amiss when criticisms of him as a “traitor” for buying a house in the US did not subside even after he apologised, and alleged that someone was constantly fanning the flames and bribing the media to smear his reputation.

Sima asserted that despite not knowing what would come of his report, he would strive to counter the smear campaign as long as he could make videos.

... patriotism is a business for Sima, who would blindly accommodate his fans and stir up the emotions of netizens.

That same day, Sima was censored on his Toutiao and Weibo accounts, and his supporters and critics began a fresh round of attack and debate on the internet.

On the other hand, critics point out that patriotism is a business for Sima, who would blindly accommodate his fans and stir up the emotions of netizens. They called Sima a “professional villain” (职业坏人).

According to the social media platforms, Sima has been censored for “violating related regulations”. Someone pointed out that Sima’s attack against Lenovo lacked strong evidence and also ran counter to the higher-ups’ reform direction of encouraging state-owned enterprises that “dare to act”, private enterprises that “dare to develop into new areas”, and foreign enterprises that “dare to invest”, and thus does not align with China’s general development trend. People such as Sima who incite disputes and conspiracy theories will gradually lose ground in the online public space.

However, many netizens have also spoken up for Sima as they think that authorities should conduct a thorough investigation into his claims because he was brave enough to challenge powerful capitalists. Not long ago, an intense debate broke out on the internet after a Chinese woman was detained by the police in Suzhou for wearing a Japanese kimono. Now, the censorship of Sima’s social media accounts has once again split online public opinion. This incident demonstrated that polarised views have become commonplace on the Chinese internet.

Such confrontation clearly does not contribute to social unity and stability, nor meets the requirements of the relevant departments for public opinion control...

Whenever a topic of contention comes up, many netizens are unable or unwilling to look at the full picture and would rather choose sides and express their opinions with an either-or mentality. They tend to use extreme language to attack those who have different opinions, inevitably polarising and tearing apart public opinion.

Such confrontation clearly does not contribute to social unity and stability, nor meets the requirements of the relevant departments for public opinion control, and hence provides strong grounds for censoring Sima’s social media accounts.

Related: Why Chinese netizens are attacking PC giant Lenovo and its founder Liu Chuanzhi | Must China choose sides in the Russia-Ukraine war? | Class struggle and extreme nationalism have become CCP’s ideological weapons | China needs to reset its approach to the Palestinian issue — fast | Patriotism has become a commodity on Chinese social media