Cheng Pei-kai recalls the mellow, earthy appeal of aged pu-erh, where tea leaves are compressed into cakes and left to ferment for decades to develop a complex flavour. Recently, he also got the chance to taste a young pu-erh — made with tea leaves from a tree that Qing dynasty soldiers used to guard and which was sent to the emperor as “tribute tea”, no less. 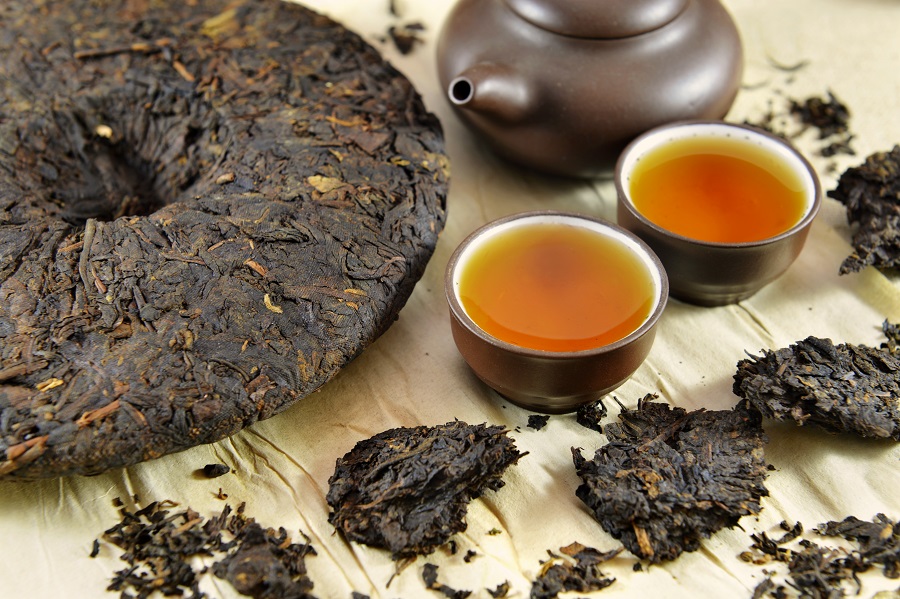 A pu-erh cake and cups of pu-erh tea. (iStock)

Grace Chong - 25 February 2021
India’s step to send a warship to the South China Sea (SCS) following the clash in the Galwan Valley in the middle of last year proved a point — that it is prepared to link security in the Himalayas to the SCS, which it had erstwhile regarded as a secondary area of interest. Will China bristle at India’s continued quest for leverage and will chances of an accidental escalation in the SCS be raised overall?
Read more
Translated by Grace Chong on 20 January 2021

That year, I had returned to Taiwan for the first time after 20 years overseas to teach a postgraduate seminar at my alma mater, National Taiwan University. There were about a dozen students who registered for the class, but an additional 30 or 40 students sat in as well. Discussions were impossible with so many students and the seminar soon turned into a one-way lecture.

The lecture was somewhat lifeless as the students were far too restrained and quiet in a classroom setting. Even if they spoke up, they did so cautiously, perhaps because everyone was watching and dissecting what they had to say. Hence, no one dared to stand out too much.

After class, I decided to bring my students to an elegant teahouse nearby to have tea, chat, and talk about their studies. Many of the students either ordered Jinxuan or Dong Ding oolong tea, while some others ordered first flush Longjing green tea. The owner of the teahouse was Mr Zhou, a refined gentleman. Hearing that I was there, he came out to greet me and also suggested that I try an aged pu-erh tea that he had just got from Hong Kong.

That was my first time drinking pu-erh tea. It was brewed in an Yixing clay (or 紫砂, purple sand) teapot and served in small Yixing clay tea cups. The tea was red-brown in colour and well-camouflaged by the tea set it was served in. Zhou told me that the tea — raw pu-erh left to age and ferment naturally — was over 20 years old and rich in flavour. I had a sip and thought that it was neither too strong nor too bland, and earthy but smooth and not astringent. While it had a rich aroma, there was something light and soothing about it, like the lingering notes of a cello.

I told Zhou that the tea was very special and that I have not had it before nor heard about it in the US. It tasted like coffee but was also rich and aromatic like fine wine. Since then, my tea repertoire has widened: apart from Longjing, Biluochun, Dong Ding oolong, Wuyi tea, Fuding white tea and Phoenix oolong, there is aged pu-erh.

Of course, it was still drinkable and still had some of the earthy flavour of fermented pu-erh, but it just didn’t have that lingering charm or oomph — like when you see a glamorous female film star without makeup: alas, that’s life!

That first cup of pu-erh I had was made from raw pu-erh cakes that had gone through 20 to 30 years of post-fermentation and ageing. By then, the tea leaves had lost most of their astringency. Each cake of raw pu-erh is unique in its own way though, and brings unexpected surprises.

Later on, my friends gave me some ripe pu-erh. These tea leaves have gone through “pile fermentation” — that is, a process of being piled up in stacks in a room and left to ferment — which gave them the fermented aroma of pu-erh tea way before 20 or 30 years. So, I broke the tea leaves up, placed them in a white porcelain cup, rinsed them twice, and sipped the tea slowly. The colour looked okay and the mouthfeel was smooth. But it did not have as good a fragrance as its appearance — its aroma was transient and its taste mild and mediocre like a bottle of French mineral water that had lost its fizz. Of course, it was still drinkable and still had some of the earthy flavour of fermented pu-erh, but it just didn’t have that lingering charm or oomph — like when you see a glamorous female film star without makeup: alas, that’s life!

Sometime later, it took me quite a bit of effort to get to Pu’er City in Southern Yunnan to participate in the International Tea Culture Summit: I had to transit at Kunming to get to Simao District, go through numerous twists and turns, before finally arriving at the scenic city of tea. I was already feeling tired after attending two days of meetings. Thankfully, the locals were very hospitable. They served fresh food and wore colourful ethnic costumes, singing and dancing away to entertain the guests. It was indeed refreshing after the mundane meetings and speeches.

After the summit closed, Xiaowen invited us to have tea at her sister’s teahouse. Xiaowen told us that her sister Xiaobin was a tea maker who taught tea-making at a tea school. She also picked her own tea leaves and ran a small teahouse, selling what she made.

The tribute tea was more expensive at about 50,000 to 60,000 RMB per kg (about 3,000 RMB per ounce). But that tea tree is different, she explained — soldiers guarded the tree during the Qing dynasty.

Xiaobin’s teahouse was small and furnished with just two huge antique wooden tea tables and a dozen wooden stools. Cartons of tea were stacked and piled up in the remaining spaces, like in a humble storage room. Xiaowen praised her younger sister for her knowledge of pu-erh tea; Xiaobin cast her eyes down and gently protested, explaining that she just loved tea and the tea trees that grew on this land.

Xiaobin said that the tea leaves were picked from the tea trees tended by her students' families. The parents produced the tea but she helped to supervise the process to ensure that every tea leaf was treated in the most environmentally friendly way. She took out a few bags of loose leaf pu-erh tea made from the sun-dried large-leaf Camellia Sinensis Assamica that she had personally picked from various tea plantations last year. She heard that the shrubs were roughly 300 or 400 years old. Some were perhaps even 700 years old, but she couldn’t be sure.

Slowly and carefully, she first washed the glass tea set before rinsing the tea and serving it to all her guests. She brewed three types of tea for us; the third kind being an expensive “tribute tea” (贡茶,  exceptional tea ancients kept aside as a tribute to the emperor). The first two types of tea were mildly astringent but hardly unbearable. They were entirely different from the aged pu-erh that I have tried, and also different from Jiangnan’s green tea. It left a lingering sweet aftertaste in the throat and even had some floral and honey notes, and was indeed very tasty and fresh. Tea connoisseurs from Taiwan asked if the tea was expensive. Xiaobin replied that they weren’t too pricey — just 5,000 to 6,000 RMB per kg, and warned us about marked-up prices in tens of thousands of RMB on the market elsewhere. The tribute tea was more expensive at about 50,000 to 60,000 RMB per kg (about 3,000 RMB per ounce). But that tea tree it came from is different, she explained — soldiers guarded the tree during the Qing dynasty.

The tribute tea that Xiaobin brewed was not astringent at all. Its fragrance and flavour were in fact incredibly gentle and mild. Spreading out the brewed tea leaves afterwards, I found some had a bud and two leaves, while others had a bud and three leaves. Gently touching the veins of the leaves, I thought they were as smooth as silk.

Related: How to drink tea like an ancient Chinese | Taiwan’s nostalgic flavours, the glitterati and the kamikaze | China's thousand-year-old mutton soup Culture
Taiwanese art historian: Why we no longer find beauty in contemporary art Taiwanese art historian: Why we no longer find beauty in contemporary art

Art colleges today may be missing the point by teaching students various forms of... Art colleges today may be missing the point by teaching students various forms of aesthetics without offering a true...