Chinese academic Yu Zhi notes that both the US and China need to align their domestic and foreign policies. The US needs to get the coronavirus pandemic under control and prove that a democratic system still works and that the US is still a leader in universal values. China, on the other hand, needs to take a more market-oriented approach to economic and industrial development and show that its respect for global diversity extends domestically as well. 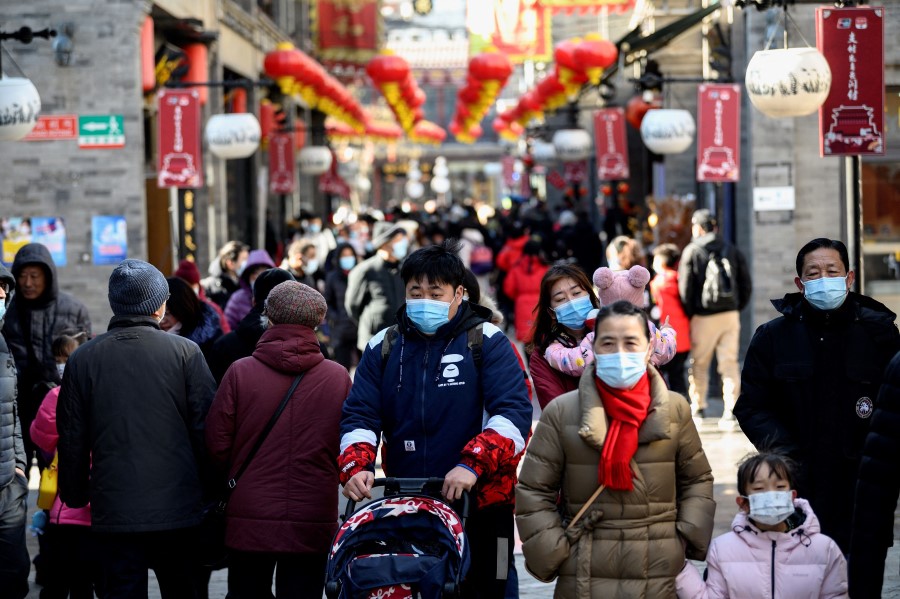 Candice Chan - 7 April 2021
China was among the fastest in vaccine development, but its progress in actual vaccinations has not been satisfactory. In this “second season” coronavirus fight to recover economically and reopen borders, vaccinations will be key. Will China resort to the crude measures it used in the early stages of the pandemic fight to increase its vaccination rates? Zaobao correspondent Yang Danxu reports.
Read more
Translated by Candice Chan on 3 March 2021

US President Joe Biden’s first foreign policy speech at the US State Department, and Secretary of State Antony Blinken’s media interview on the new administration’s foreign policy, both emphasised the importance of the consistency of US domestic politics and foreign policy. That is,  if the US wants to be a global leader, it has to get its domestic politics right, including growing its own strength and taking the lead in practising the values that it advocates globally.

I feel that Biden and Blinken are right in what they said about making US domestic politics and foreign policy more consistent. In fact, this also applies to the US’s “most serious” competitor China.

The US: matching domestic and foreign policies

To better align domestic politics and foreign policy in the US, the Biden administration must focus on two areas to repair the damage to the US’s global reputation caused by the previous Trump administration.

First, control the spread of the coronavirus and prove to the world that a democratic system is still effective in handling major community crises. The Trump administration’s number one flaw was doing and achieving practically nothing in terms of dealing with the pandemic in the last year of its term. This resulted in the US having the highest infection and death rates in the world, far more than any other country. While the Trump administration can find many domestic and external targets to shift the blame to, as the authority in charge, it is difficult for it to absolve itself of blame.

This led to some non-democracies taking the opportunity to point out the ineffectiveness of democracy (despite the fact that many democratic countries have done well against the coronavirus).

Trump’s terrible handling of the pandemic was a direct factor in his failed bid for re-election, and greatly damaged the US’s reputation as the world’s biggest democracy in terms of handling community crises. This led to some non-democracies taking the opportunity to point out the ineffectiveness of democracy (despite the fact that many democratic countries have done well against the coronavirus). When the Biden administration took office, it made controlling the spread of the pandemic its top priority. This is not just what the US needs in domestic politics, but also diplomatically, in order to restore its global reputation, as well as the reputation of democracy.

Second, following through on beliefs such as democratic rule of law, equality and tolerance; and proving to the world that the US is still a leader in universal values. The second flaw of the Trump administration was that in its final two months, when the results of the presidential election were disputed, it refused to accept a legal verdict. Not only that, it incited its supporters — ordinary people and members of Congress — and tried to overturn the election results, leading to the storming of the Capitol, which threatened the US constitutional democracy and did enormous damage to the global reputation of the US democratic system.

Trump’s discriminatory comments and policies towards minority groups during his term — in particular, fanning racism towards Asians to deflect responsibility following the coronavirus outbreak — also damaged the global reputation of the US democratic system. When the Biden administration came in, it clearly opposed the Trump administration’s words and actions that damaged the universal values of democratic rule of law, equality and tolerance as advocated by the US. Political correctness was again touted, which would be good for promoting domestic unity and rebuilding the US’s global reputation.

China’s internal and external economic issues have been closely linked, mainly reflected in the government’s over-intervention in economic development through administrative measures such as industrial subsidies.

China made serious errors during the initial coronavirus outbreak, and was heavily criticised by the West. However, it quickly turned things around and was the first to bring the pandemic under control, resuming production and achieving outstanding results against the coronavirus. However, given some major domestic and international changes in recent years, it is also facing internal and external issues, and it needs to better align its domestic politics and foreign relations.

To do so, China should work on its economy and politics.

First, improving the marketisation of its domestic economy alongside resolving external trade frictions. In recent years, China’s internal and external economic issues have been closely linked, mainly reflected in the government’s over-intervention in economic development through administrative measures such as industrial subsidies. Government support is also skewed towards state-owned enterprises, with frequent interference into the activities of individuals and firms in the microeconomy. This contradicts what the authorities have said about allowing the market to lead resource distribution, leading to unease among many companies, especially private enterprises, and is also seen by the West as taking a non-market-based approach and engaging in “unfair competition”, adding to external trade frictions.

China’s internal and external approaches in resolving its current economic issues are in fact aligned. The core idea is to make the economy more market-oriented, and take a more globalised and market-oriented approach to economic and industrial development. This would mean changing the current government-led subsidy-based industrial development strategy to cutting taxes and allowing companies to develop autonomously with their own funds. China should also stick to the commitment of competitive neutrality by state-owned enterprises and establish the fundamental position of private enterprises in the national economy. This will truly ensure fair treatment for state-owned and private enterprises, and allow a more market-oriented domestic economy to develop while resolving external trade frictions.

Logically, if a country can respect global diversity, then it should also be able to respect diversity of thought and interests among its own people.

In the last few years, the US-led Western countries have put up a strong resistance to the “Chinese model/wisdom/way/solution”, and so China’s publicity has been much more low-profile, shifting focus to emphasise respect for global diversity and for countries to choose their own growth model and path, and interpreting this as part of “a community with a shared future for mankind”.

Logically, if a country can respect global diversity, then it should also be able to respect the diversity of thought and interests among its own people. The “people” of any country are not a generic, abstract concept, but are made up of various stakeholders with different ideas and interests. That is to say, the “people” are divided in themselves.

The core of democracy is to recognise these divisions and respect the majority while protecting the minority through democratic and legal processes, in order to achieve harmonious social progress, rather than insist on uniformity of thought and interests, as well as one single voice.

So, in terms of domestic politics, China should be more tolerant of diverse ideas and interests, and take a more relaxed approach to social governance, to create a more diverse, free, and democratic social climate. This would boost the Chinese people’s approval of the system and help improve other countries’ perceptions of China, ultimately leading to stronger support for building a globally diverse “community with a shared future for mankind” that China advocates.

Related: Why Biden will continue the trade war with China to the ‘end’ | What can we expect from Biden's 'approach of patience' towards US-China relations | Chinese academic: How the West's perception of China plummeted in 2020 | Survey: China the most influential and distrusted power in Southeast Asia