The Russia-Ukraine war has accentuated the democratic-autocratic divide

The Russia-Ukraine war has galvanised NATO and the West to action, and it seems that two main camps are taking shape along the East-West divide, and between democratic and autocratic systems. Academic Zhu Ying examines how China and other countries have responded to Russia’s invasion of Ukraine, and the implications of the splits. 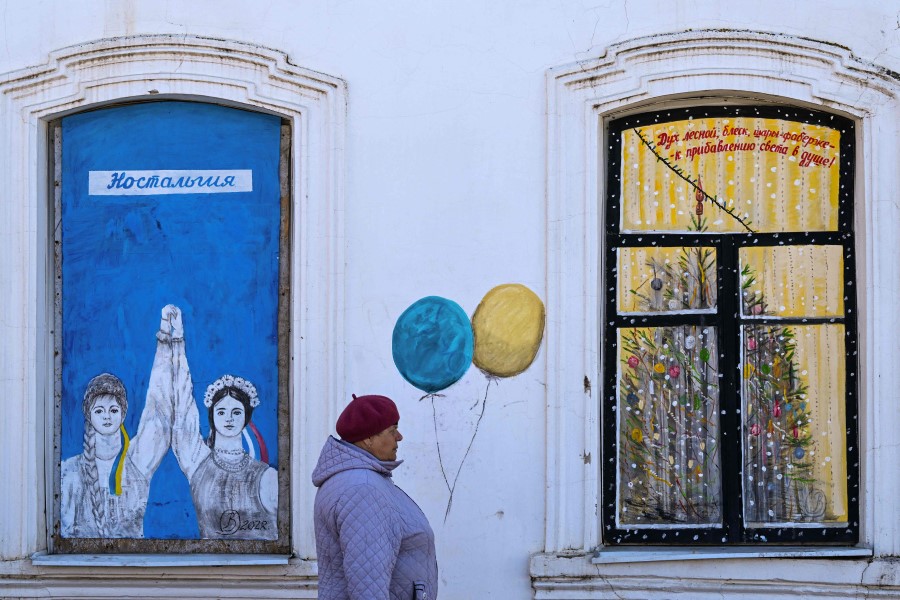 Candice Chan - 30 January 2023
A mall in Shenzhen came under fire for putting up white lanterns with black text as part of its Chinese New Year decorations, while an “ugly” rabbit-shaped light decoration was removed from another mall in Chongqing. Academic Zhang Tiankan muses on tradition and innovation, and the evolution of traditional decorations.
Read more
Translated by Candice Chan on 19 April 2022

The Russia-Ukraine war is the biggest international political event since the Cold War, and the most serious geopolitical crisis following World War II. The global situation would see drastic changes in the next few decades as a result.

Presently, one can see that the war is forcing countries to take sides, resulting in the formation of two main camps, one in Asia and the other in the West. The Western camp represents the democratic community, while the Asian camp represents autocratic systems of various ideologies.

US and NATO regaining power and relevance

There is no doubt that the Russia-Ukraine war is an excellent opportunity for the US to re-establish its hegemony, while NATO — which has been declared “brain dead” by French President Emmanuel Macron — has been brought back to life.

Before the war started, the US had warned time and again that Russia was preparing to invade Ukraine, but the claim was repeatedly denied by the countries involved, even by Ukraine President Volodymyr Zelenskyy himself.

After the war broke out, the US was quick to respond. On 24 February, the US deployed 7,000 troops to the three Baltic states. The next day, NATO Supreme Allied Commander Europe Tod Wolters activated the multinational force consisting of land, air, sea and special operations forces of allied countries, while the White House asked Congress to approve US$6.4 billion in aid for Ukraine.

Over the weeks since the war began, there have been signs that the US had long prepared Ukraine for war. The results on the battlefield show that the AI-supported US intelligence system has given Ukrainian troops an upper hand, as the Javelin anti-armour missiles and Switchblade anti-tank missile drones have become the bane of the Russian tanks. In addition, the equipment provided by NATO has been a pivotal factor in the Ukrainian troops’ and civilians’ stubborn resistance against the Russians, and provided strong support in preventing Kyiv from falling.

On 24 March, US President Joe Biden attended an extraordinary NATO summit at the NATO headquarters in Europe to discuss the war and measures to pressure Russia to end the war. Separately, in Warsaw, Biden called Russian President Vladimir Putin a “butcher”, adding that “for God’s sake, this man cannot remain in power”.

Even though Secretary of State Antony Blinken later clarified that the US has no strategy of regime change for Russia, Biden held firm that he was “expressing moral outrage” and was “not walking anything back”.

Now, NATO has been revived, and Germany is rearming itself.

While at the NATO headquarters, Biden also said that if Russia uses chemical weapons in Ukraine, NATO would respond, and he would support calls for Russia’s expulsion from G20.

The Russia-Ukraine war has provided a platform for the US to once again lead the Western world, and the credit goes to Putin for doing what former US President Donald Trump could not accomplish in his four years in office. Now, NATO has been revived, and Germany is rearming itself.

Amid the Russia-Ukraine war, where is the "strategic autonomy" that Macron has long pushed for? While Macron does not support Biden calling Putin a butcher, German Chancellor Olaf Scholz has accused Russia of war crimes after the massacre in the Ukrainian city of Bucha was exposed. Nevertheless, Macron has condemned the Russian missile strike on a train station in Ukraine, and hoped for proof of Russia’s war crimes, while French Foreign Minister Jean-Yves Le Drian said that Russian troops have committed a “crime against humanity”.

The Russia-Ukraine war has put Sweden and Finland under unprecedented threat and forced them to abandon their neutral position.

Not only has NATO been revived, it is further expanding eastwards. The Russia-Ukraine war has put Sweden and Finland under unprecedented threat and forced them to abandon their neutral position. Both countries have made historic decisions to provide arms to Ukraine, while more and more of their people are calling for NATO membership. NATO’s top leader has repeatedly said that if Sweden and Finland apply, their accession to NATO “can go very quickly” — this will irreversibly change the security situation in Europe. NATO’s eastward expansion will grow, which is exactly what Putin does not want to see.

Meanwhile, during the meeting of NATO foreign ministers in Brussels, the foreign ministers of Ukraine and Georgia were invited to discuss a response to Russia, and NATO also discussed its new Strategic Concept for handling the new security reality. And for the first time, NATO invited its Asia-Pacific partners Japan, South Korea, Australia and New Zealand to the ministerial meeting.

Clearly, NATO’s “new security reality” is not just about Russia, but also China, which means that the impact of NATO’s eastward expansion has reached China’s very doorstep.

Clearly, NATO’s “new security reality” is not just about Russia, but also China, which means that the impact of NATO’s eastward expansion has reached China’s very doorstep. Is this not a repeat of the East versus West camps?

NATO wants to have a greater influence than the Quad and AUKUS groupings. NATO’s communique released in June 2021 said, “China’s growing influence and international policies can present challenges that we need to address together as an Alliance,” and that China presents “systemic challenges to the rules-based international order”.

NATO's targeting of China is surely a subordination of the US-led NATO strategy to the US strategy towards China. After the Russia-Ukraine war started, the US Department of Defense submitted to Congress in late March the 2022 National Defense Strategy, in which China is viewed as the “most consequential strategic competitor and the pacing challenge” for the US. The war has worsened China-US relations, and also China’s relations with the EU and even Europe.

So far, the two main camps of Asia and the West are clear, and countries all over the world — especially the major powers — have to pick sides between Russia and Ukraine.

In an article last year, I wrote, “As things stand, it is not likely that two camps will form. The important thing is that the EU does not want to stand against China… Russia and China also have no intention of becoming military allies against the US.”

Can we still say that the EU does not want to stand against China? On 6 April, the South China Morning Post reported that Josep Borrell, High Representative of the EU for Foreign Affairs and Security Policy, briefed the European Parliament on the China-EU summit held on 1 April, describing the summit as a “dialogue of the deaf” and expressing his doubts that China will cooperate to end the war in Ukraine. He said, “China wanted to set aside our differences on Ukraine, they didn’t want to talk about Ukraine. They didn’t want to talk about human rights and other stuff and instead focus on positive things.” This is unacceptable to Europe, as the Russia-Ukraine war has become a decisive moment.

Can we still say that Russia and China have no intention of becoming military allies against the US? China and Russia have established that they are “not allies but closer than allies”, and there are "no limits" to their friendship and areas of cooperation. So far, the two main camps of Asia and the West are clear, and countries all over the world — especially the major powers — have to pick sides between Russia and Ukraine.

On 7 April, before the UN General Assembly’s vote to suspend Russia from the UN Human Rights Council, Russia had warned that a yes vote or abstention would be viewed as an "unfriendly gesture" with consequences for bilateral ties.

Unsurprisingly, China and Vietnam voted no, while India abstained following the warning. Looking at the list of countries that voted no, isn’t it obvious that they are from the autocratic camp?