Professor Bernard Yeung of NUS says one should not take reports of Singapore overtaking Hong Kong in a set of global financial centre rankings at face value. Pendulum swings in politics and economics will drive future movements, and it may be most productive to think of how the two most important financial centres in Asia can work together to serve the economies of East and West. 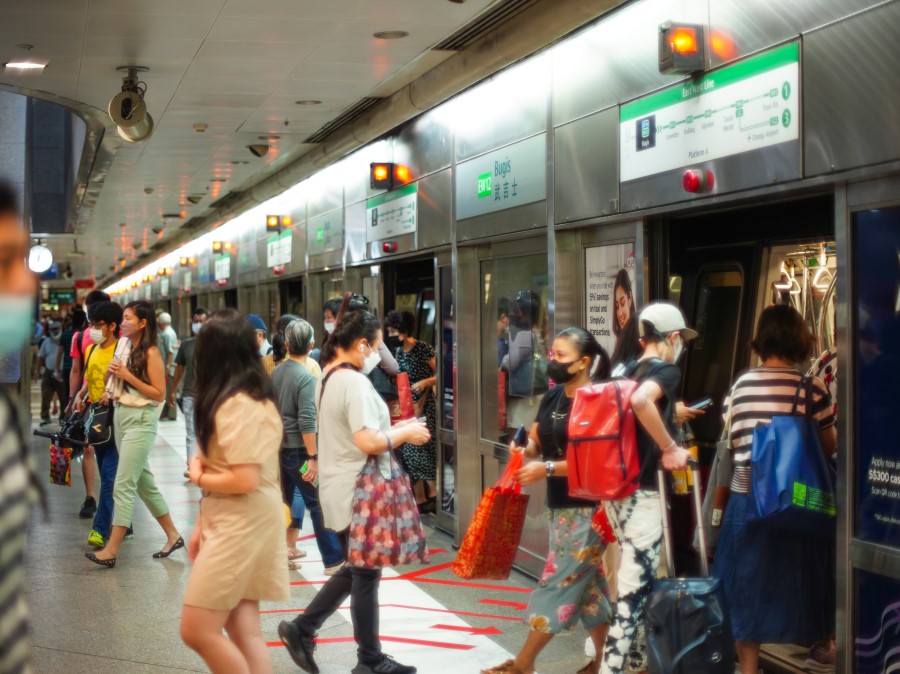 Candice Chan - 30 January 2023
A mall in Shenzhen came under fire for putting up white lanterns with black text as part of its Chinese New Year decorations, while an “ugly” rabbit-shaped light decoration was removed from another mall in Chongqing. Academic Zhang Tiankan muses on tradition and innovation, and the evolution of traditional decorations.
Read more
Translated by Candice Chan on 14 October 2022

News of Singapore overtaking Hong Kong as the third-placed financial hub in the Global Financial Centres Index (GFCI), just behind New York and London, has attracted much attention in media and social media. Some say that Singapore is edging ahead, with more family offices, millionaires, and global companies' headquarters moving to the island. We applaud Singapore’s many years of great efforts to build Singapore as a financial centre.

Separately, Hong Kong has indeed seen a brain drain due to political turmoil and pandemic-related restrictions in the past years. The news will prompt policymakers to seek improvements in Hong Kong. That will be a positive development.

At the same time, we should adopt balanced and prudent perspectives. In my view, the two cities are collaborators rather than competitors. There are points to be made about mass media and social media; rankings; motivations behind the migration of human and financial capital from Hong Kong; and the relationship between Hong Kong and Singapore in the long run, notably in different international cooperation roles. Allow me to elaborate.

Emphasising rankings among cities is an unintelligent and intellectually lazy way to think about our future.

The political sentiment behind mass media and social media

Over the years, particularly in recent years, mass media and social media have been rife with polarised views. Indeed, many of these platforms are losing their credibility because they cater to sentiments; being factual and balanced is a remote secondary concern.

Polarised content captures attention and succeeds in stirring up emotions. News portraying Singapore as gaining an advantage over Hong Kong caters to and feeds into extreme political views. There may be some constructive comments among all the opinions, but we must practise critical thinking in reading these reports. We should try to get multiple perspectives to arrive at a balanced judgment of what we see.

Rankings gear us towards a negative sum game

Emphasising rankings among cities is an unintelligent and intellectually lazy way to think about our future. Worse, rankings entice people to adopt a negative sum mentality. We should not be concerned about who is number one or two. Modern economies are built on specialisation and cooperation. Rankings distract us from our inclination to identify a location's comparative advantage, what it should specialise in, and how locations can cooperate and adopt a positive sum game.

Many view Singapore as currently a safe harbour for some of the Chinese money.

In addition, many rankings only reflect a temporary status, and the methodologies may be flawed, so we should not pay too much attention to rankings.

Human and capital migration may move either way

The current observed migration of human capital and financial capital from Hong Kong to Singapore is indeed related to policy uncertainty in China and, relatedly, in Hong Kong. Naturally, people think about reshuffling their investment portfolios and diversifying the locations of their assets, even their residence rights. Many view Singapore as currently a safe harbour for some of the Chinese money.

Some of this outward migration may be fuelled by the sentiment incurred by the launch of the national security law in Hong Kong in 2020. Emotions drive people, but there is a lack of realistic and analytical comparisons of the national security law in Hong Kong and other countries. In fact, many have already pointed out that Hong Kong’s national security law may be milder than the one in other countries, including the UK. In what way is this law harming the freedom of speech and people’s freedom? Countries that generally advocate free speech also have laws to ensure responsible speech. And both money and people are still freely moving in and out of Hong Kong.

People are free to make choices based on their sentiments, but the pendulum of political reality and emotions often swings. Overreaction is a given, and reversing this reaction will also be a given. Historically, we saw financial and human capital moving out of Hong Kong, like in 1984 when the Sino-British Joint Declaration was signed. These events happened again in the late 1980s and late 1990s. But after rejoining China, Hong Kong continued to prosper and even did better than before. Many of those who migrated went back and their money returned to Hong Kong.

The pandemic travel restrictions in Hong Kong and China generate some negative economic spills. However, when governments set policies, they always have to balance a portfolio of objectives, including stability, safety, and economics. Over time, I think the balance will tilt back towards economics.

When the Chinese economy regains its balance and resumes its growth, we will likely see a rapid increase in Hong Kong's attractiveness as a financial hub.

In summary, the outward migration of human and financial capital from Hong Kong includes overreaction to policy uncertainties, current pandemic policies, and Singapore’s safer haven status for the Chinese well-to-dos' capital. However, we should notice that Hong Kong could be a safe harbour for those avoiding Western sanctions.

Generally, in the long run, finance plays a critical role in resource allocations and redistributing risks. It also connects and serves different societies. The world is now very polarised, with the US and China on opposite ends. Both economies are very important. Hong Kong’s capital market will increasingly focus on serving the Chinese economy while trying to be a bridge between the Chinese and the rest of the world's economies. Singapore will serve wonderfully as the bridge between East and West, especially in cooperation with Hong Kong. Both will continue to excel in delivering fin-tech.

When the Chinese economy regains its balance and resumes its growth, we will likely see a rapid increase in Hong Kong's attractiveness as a financial hub. In fact, I hear from the street that people are already getting bullish about a possible surge in Hong Kong's capital market activities.

When the immigration pendulum swings far enough, it will swing back.

We believe that policymakers will work on improving Hong Kong’s attractiveness as an important financial centre. At the same time, we should all take social media and mass media reports with a grain of salt and view the situation in a balanced way. In particular, we should be wary of the zero-sum game mentality and think more about international cooperation and economic specialisation that serve humankind.

Hong Kong's current human and financial capital movement is expected, but it is not a spell of death nor necessarily an indicator of long-run changes. When the immigration pendulum swings far enough, it will swing back.

We need to explore how these two most important financial centres in Asia could work together positively to serve the advancement of the economies both in the East and the West, and as a bridge between these two parts of the world. That would be the right thing to do.