On her frequent explorations of the city with her son in tow, former journalist Jessie Tan now based in Beijing is grateful for the little kindnesses shown to her by fellow commuters. She did not know what to expect when she first arrived in the city, and truth be told, there were some preconceived notions, but a year’s worth of help from strangers has her convinced that she walks the streets of a civilised city. 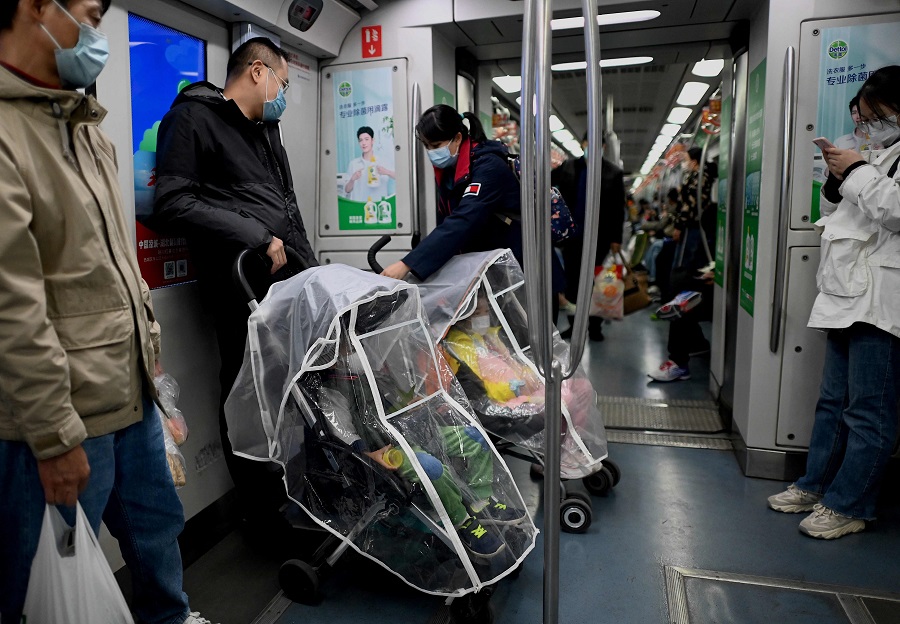 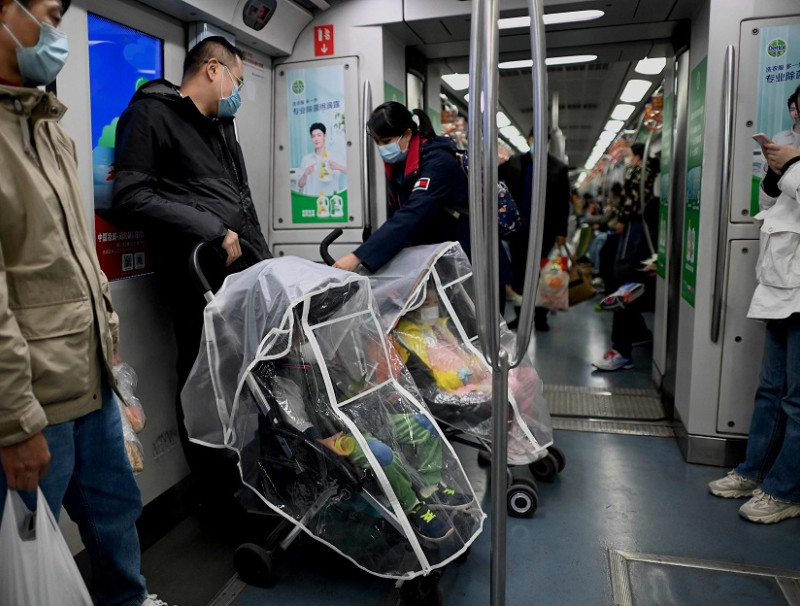 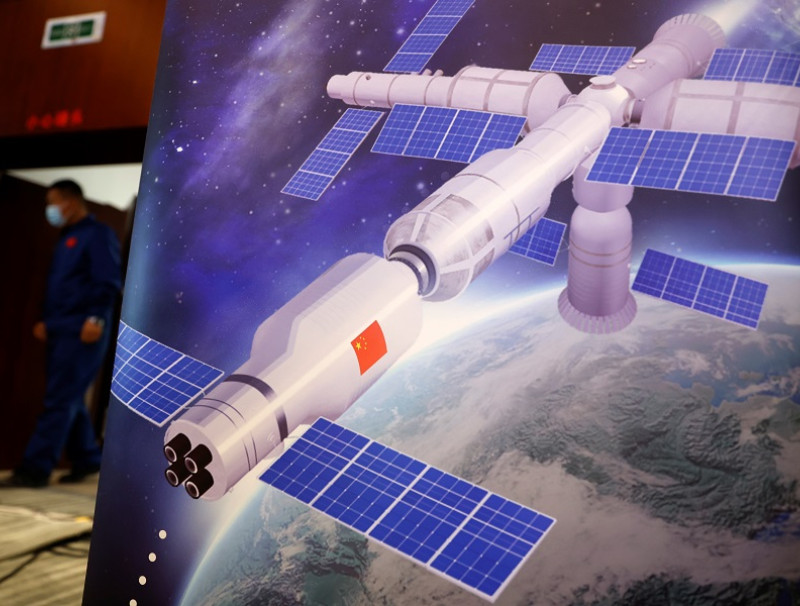 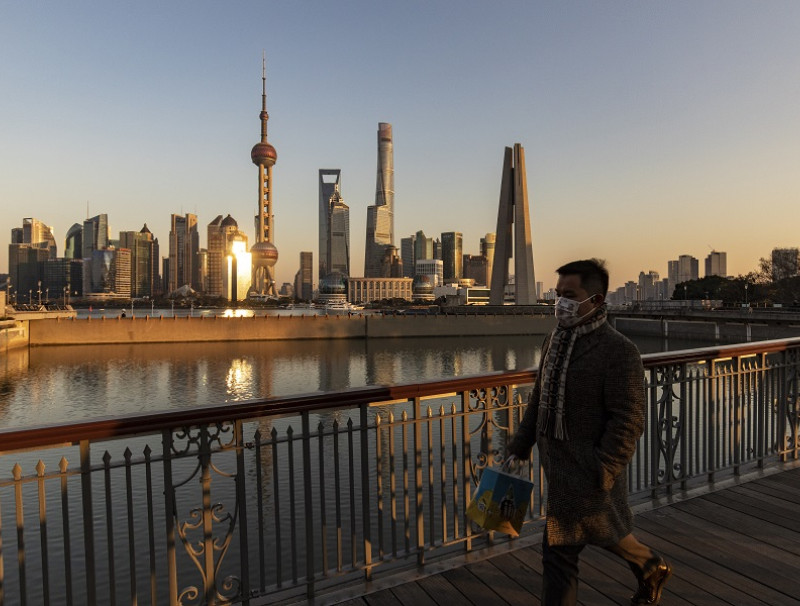 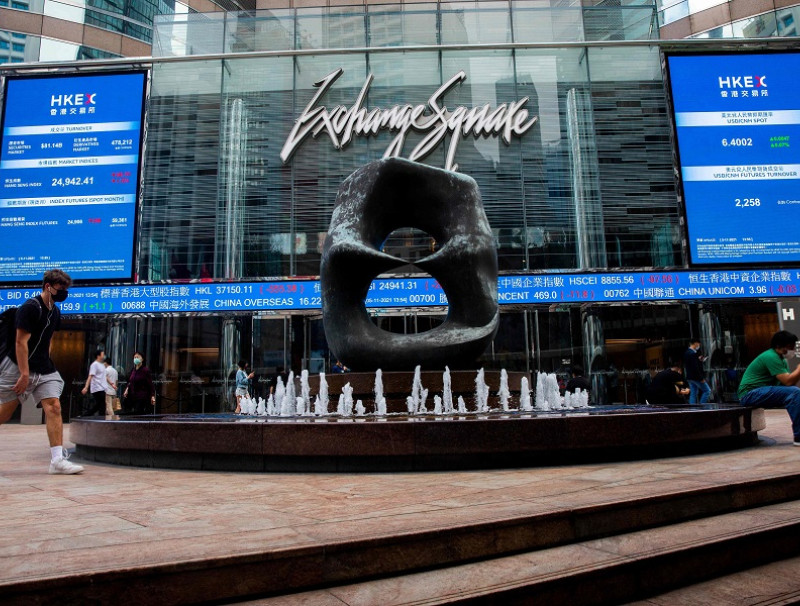 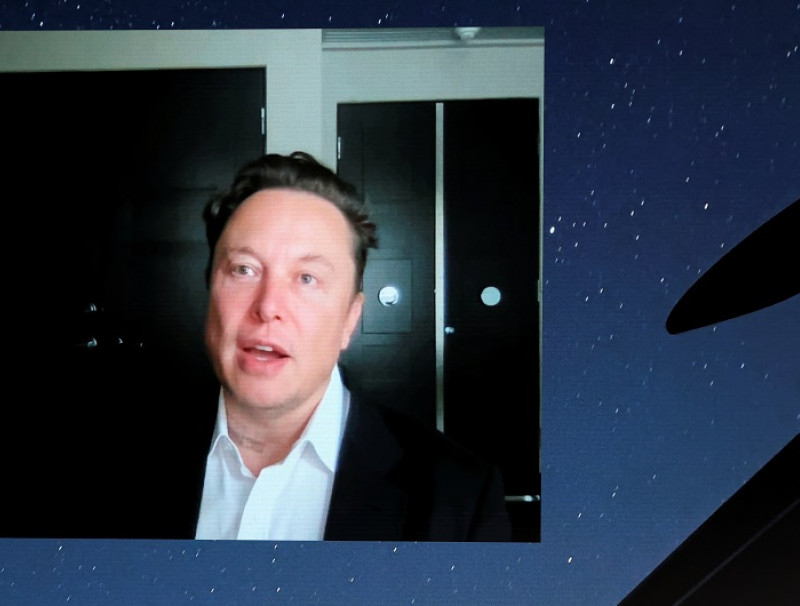 Grace Chong - 30 December 2021
A Chinese space station’s near-collision with Tesla and SpaceX CEO Elon Musk’s Starlink satellites has Chinese internet pundits wondering if this is another ploy by the US to contain China’s space progress and steal China’s space technologies. Is a new China-US space race in the offing? Zaobao’s China Desk examines the issue.
Read more
Translated by Grace Chong on 5 January 2022

Recently, my two children were down with cough and fever for a few weeks. We brought them to the local children’s hospital for treatment as the neighbourhood clinics are not able to accept patients with Covid-19 symptoms. The three-storey hospital, with children and parents everywhere, can be rather overwhelming for first-time visitors. When the lift door opened to level two where the “fever clinics” are located, I was taken aback to see so many people standing and sitting around waiting for their numbers to be called. Some young children were asleep in their parents’ arms and laps. I was afraid that I would need to jostle with all of them to get into the doctor’s office. Fortunately, everybody followed the queue system and waited patiently for their numbers to be called.

After seeing the doctor, I paid the fees and was directed by the machine to queue at the pharmacy. There were about nine counters and we had to scan a barcode to get the assigned counter number. When it was about to be my turn, a woman walked up and stood right in front of me. Did she just blatantly cut my queue? Annoyed, I called out to her: “Hello. Hello.” She turned around and seemed surprised to see me. “I am queuing up,” I told her. “Oh no! Oh dear, I’m so sorry!” She quickly apologised and stood behind me instead.

I exhaled. Having assumed the worst of her, I was prepared to fight back if she insisted on cutting the line. Not only did she not do that, she apologised immediately and moved aside.

About a decade ago, xenophobic sentiments against PRC Chinese in Singapore were alarming. The rising anti-PRC Chinese sentiment was so troubling that Prime Minister Lee Hsien Loong called for Singaporeans to be more caring towards foreign residents living in Singapore in his 2012 National Day Rally Speech. Competition for jobs and housing, as well as the strain on infrastructure due to the influx of foreigners, many of them PRC Chinese, were among the many reasons behind such xenophobia, but cultural differences also played a part. Back then, many Singaporeans saw themselves as superior to the foreign workers and immigrants. Some complained that PRC Chinese were uncivilised, selfish and inconsiderate, citing news reports about the undesirable behaviour of a few black sheep to back their claim.

To be very honest, before I came to China, I was also apprehensive about what would be in store for me here. But all my worries proved unfounded, at least thus far. Since August 2020, I have met so many kind, genuine and gracious Chinese.

I never take these kind gestures for granted because these helpful strangers really have no obligation to lend a hand at all. They could have pretended not to see me struggling or worse, glared at me for wasting their precious commuting time.

My son, as all toddlers do, loves taking public transport so I would bring him out for a whole day of train and bus rides. The problem is, the public transport infrastructure in Beijing is not entirely stroller-friendly. The doors of the buses are narrow and the steps too high above the ground. And the buses do not always stop close enough to the curb, so I often have to carry the stroller and my 10kg-heavy son from the curb up to the bus. The same goes for when we alight the bus. The bus assistant on every bus will help, and on occasion when he is unavailable, a fellow passenger will offer to help me with it. I never take these kind gestures for granted because these helpful strangers really have no obligation to lend a hand at all. They could have pretended not to see me struggling or worse, glared at me for wasting their precious commuting time. When I thanked them profusely, they merely waved their hands to say it was nothing and returned to their seats or went on their way.

Chinese men and women stopped to help me either with the stroller or the toddler without a moment’s hesitation, as if this was all part of their daily routine.

Lending a helping hand without a fuss

I’ve encountered similar situations while taking the train. Many of the older train lines in Beijing do not have escalators or lifts and I would have to carry the stroller up and down several flights of stairs while keeping an eye on my son following me carefully. Chinese men and women stopped to help me either with the stroller or the toddler without a moment’s hesitation, as if this was all part of their daily routine. And again, they did so without expecting a word of thanks from me, rushing off before I could catch my breath to express my thanks.

The stroller also takes up a lot of space in the trains and buses. There are designated spots for strollers and wheelchairs but sometimes the buses and trains are too crowded for me to get there without rolling over a dozen pairs of feet. On such occasions, I would have no choice but to park the stroller along the passenger walkway in front of or beside the seats. I try to pull it as close to me as possible so that there is more space for other passengers to pass through, but some still have to walk sideways to squeeze in between the gap. I was worried that people would lash out at me for being inconsiderate, but to my surprise, not a single passenger batted an eyelid at this huge inconvenience. They merely matter-of-factly squeezed past it. No “tsk”, no glares, no side glances.

After a few of such public transport adventures, I decided to try babywearing instead to bring less inconvenience to everyone. When I did so, I was always given a seat when I boarded the bus or train. It may seem like no big deal, but after my trips to Japan where nobody gave up their seat for me while I was also carrying a baby, I know that this gracious act is not something we should take for granted.

Of course, the Chinese are not perfect, just like any other race and nationality in the world. One thing that irked me a lot is their habit of spitting. It is still a prevalent problem here and we have to literally watch our step from the moment we step out of the house till we reach home. But didn’t Singapore go through this phase too? In some old neighbourhoods back home, there are still signs reminding people not to spit.

For the past decade or so, China has been reminding its citizens to be civilised people (文明人). From my limited experiences over the past one year, I think they are moving in the right direction.