The new Hong Kong administration led by Chief Executive John Lee has made notable progress in its one month of office, from controlling the spread of malaria to addressing emergencies that have caught the Hong Kong public’s concern. Zaobao journalist Tai Hing Shing believes that the new government has been responsive, but it remains to be seen how it can implement effective policies to address long-standing issues such as the Covid-19 pandemic and the housing crisis. 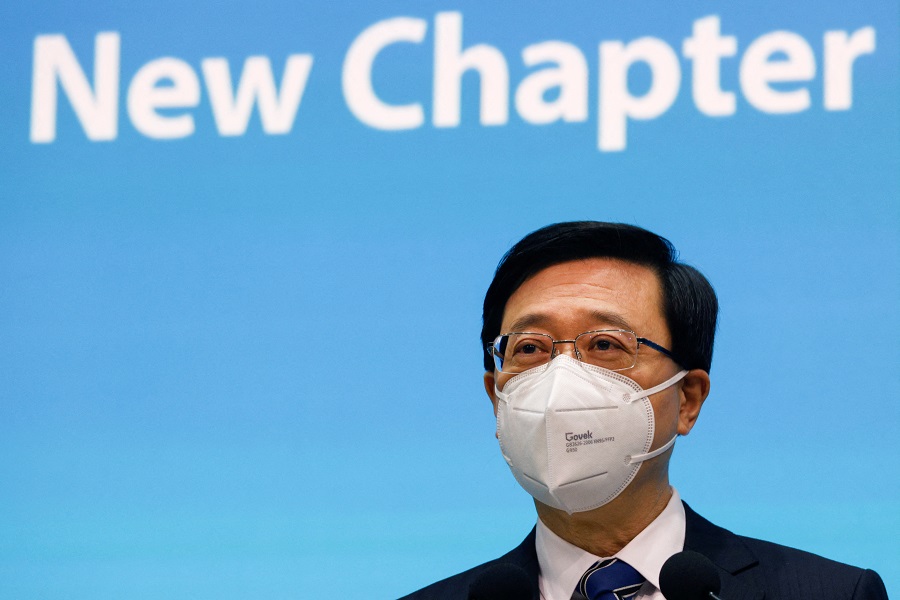 Grace Chong - 25 January 2023
With rumblings of US House Speaker Kevin McCarthy possibly visiting Taiwan in spring, Yang Danxu observes that this will not be the last we see of the “Taiwan card” being played by US politicians as they move into the second half of the current US presidency.
Read more
Translated by Grace Chong on 10 August 2022

Hong Kong’s sixth-term government led by Chief Executive John Lee took office over a month ago. Following the 2019 anti-extradition bill protests and over two years of the Covid-19 pandemic, Hong Kong society is riddled with problems and in dire need of drastic reforms. The governance capabilities of the Hong Kong officials over the past month has also gained attention from the outside world.

Hong Kong media Wen Wei Po published a nearly 6,000-word essay on 1 August, summarising the six major characteristics of Lee’s governing team one month into the administration’s leadership, among which include key officials addressing major emergencies with timely intervention; focusing on top-level coordination; and frequent visits to the districts to show humanistic care.

The article concluded with politicians praising that the new government over the past month exemplified what it means to serve the needs of the people.

... the new Hong Kong government has certainly displayed its own governance style, especially when handling social emergencies and other hot issues, showing that it is quicker to respond compared with the previous governments.

Such comments may be exaggerated, as Wen Wei Po has always been seen as Beijing’s mouthpiece in Hong Kong. But from my observations over the past month, the new Hong Kong government has certainly displayed its own governance style, especially when handling social emergencies and other hot issues, showing that it is quicker to respond compared with the previous governments.

For example, when Hong Kong recently reported imported malaria cases, Environment and Ecology Secretary Tse Chin-wan immediately inspected the Food and Environmental Hygiene Department (FEHD)’s mosquito control measures at the hillside near Princess Margaret Hospital on 7 August. He said that while “anopheline mosquito transmitting malaria is not commonly found in Hong Kong”, it is a “serious infectious disease which can be fatal if it is not treated early”. Thus, the “FEHD will step up anti-mosquito work”.

Lee and his officials’ frequent visits to the districts to follow up on public issues have gained the recognition of many Hong Kongers.

Hong Kong residents have long criticised Hong Kong officials for “making decisions in air-conditioned rooms”, and being unaware of the actual plight of the masses. Lee and his officials’ frequent visits to the districts to follow up on public issues have gained the recognition of many Hong Kongers. When the Mirror concert accident was under the spotlight last week, even a friend of mine, a pro-democracy supporter who does not like the Hong Kong government, acknowledged the authorities’ swift response to the incident.

The governance style of Hong Kong’s new government is largely related to Lee’s police officer background. Members of Hong Kong’s disciplined services tend to pay more attention to crisis response, hoping to put out the fire as soon as it starts. Under Lee’s command, various departments of the Hong Kong government would deal with emergencies in a more timely manner.

Then again, while Lee and his team have been working tirelessly over the past month to create the image of a pragmatic government, the effects of their policies are still not apparent and may have even worsened some situations. For example, the Covid-19 situation continues to deteriorate as local infections have doubled from about 2,000 early this month to over 4,000 recently.

Furthermore, coordination between government departments still appears rocky despite Lee’s emphasis on team spirit. Lee had reportedly planned for a press conference on 5 August to announce a shorter hotel quarantine period for those arriving from overseas and Taiwan, but the event was rescheduled to 8 August at the last minute, lending credence to the rumours of disagreements over the past month between Lee and Health Secretary Lo Chung-mau.

While it may be unreasonable to expect immediate major social changes or policy impact from the one-month-old government, it is no excuse for the authorities to drag their feet, especially the lack of close coordination between ministry officials.

Housing has also always been at the top of Hong Kong’s social issues, with home ownership becoming a pressing desire for many Hong Kongers. Even pro-establishment political group Silent Majority were pushing for a citywide discussion on resolving land and housing issues, hoping the Hong Kong government would get a grasp of public sentiment.

Surprisingly, there are divisions within the Hong Kong government on how to resolve the increasingly difficult housing issue. Some time ago, Financial Secretary Paul Chan — the third most powerful person in the Hong Kong government — proposed developing housing on the fringes of national parks, but was quickly shot down by Lee, who said that only green belts will be considered for housing at the moment.

From aloof to amiable

While it may be unreasonable to expect immediate major social changes or policy impact from the one-month-old government, it is no excuse for the authorities to drag their feet, especially the lack of close coordination between ministry officials.

I recently met up with a foreign diplomat working in Hong Kong who used to work with the news ministry in his home country and managed social media platforms for senior government officials. He observed that Lee started out in the police force and always gave the impression of being aloof, but after taking office he has reversed this image on social media and now shows an amiable personality, albeit it seems somewhat forced.

The diplomat feels that if Lee wants to raise his popularity, the key is to have a breakthrough in social issues and roll out solid policies that benefit the people, then publicise them online.

In fact, the ordinary people would know for themselves whether the government is doing a good job. Over a month into Lee taking office, Hong Kong remains peaceful, mainly because he is still enjoying the “political honeymoon” period. Once that has dissipated, Lee’s administration will have to face the music and prove to the public through results that the governance team is doing real work.

Related: 25 years after the handover: The ‘end for Hong Kong’ or just the beginning? | The Hong Kong story according to John Lee amid criticisms from the West | Can John Lee be that all-round leader that Hong Kong needs? | Is Hong Kong becoming just another Chinese city?