The US’s recently enacted Uyghur Forced Labor Prevention Act prohibits the import of Xinjiang-produced goods, leaving US companies in a bind. In response, Walmart and Tesla have taken different approaches. While Sam’s Club under Walmart removed Xinjiang products, drawing the ire of Chinese consumers, Tesla gained cheers for opening a new showroom in Urumqi. Will US companies be forced to choose sides? Zaobao correspondent Chen Jing looks into the matter. 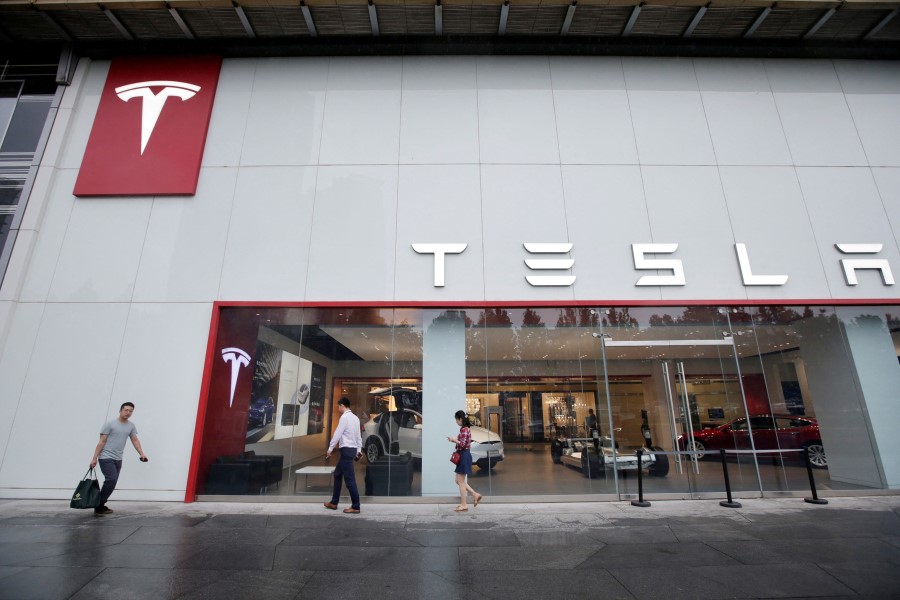 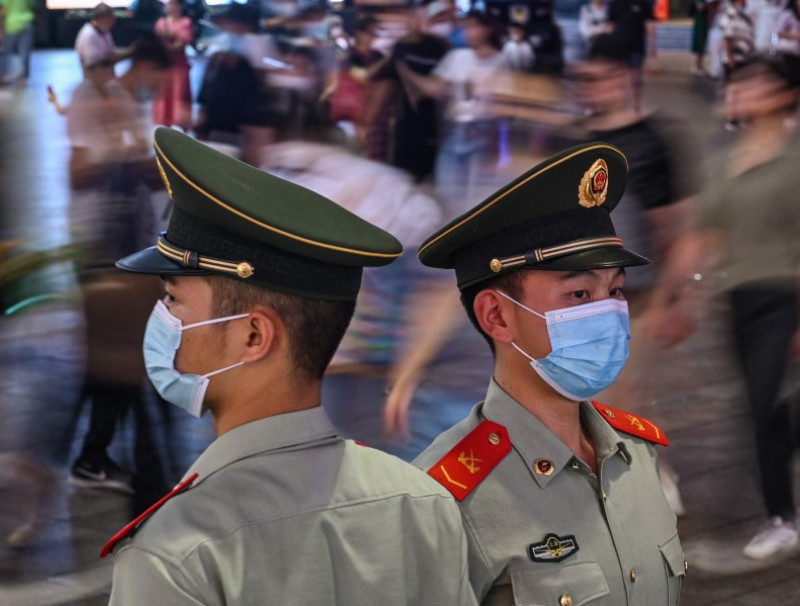 Can China find its way amid internal and external challenges?

Candice Chan - 22 December 2021
Chinese academic Huang Yuan says the recent Summit for Democracy is part of the US's strategic efforts to create a democratic alliance against China. The US's united front is swiftly changing China's external environment. Meanwhile, China is also facing challenges in further modernising its governance system. Huang describes China's internal and external battles and asks if the Asian giant will be able to move forward and contribute to humanity in the future, like what the US has done in the past.
Read more Mind the gaps, fill the needs: A strategic outlook for the Philippine-US alliance

Candice Chan - 22 December 2021
The Philippines begrudgingly notes the disparity of treatment across US alliances in Asia, as well as Washington’s shift to enhancing engagements with non-treaty partners, such as visits by top US leaders to Singapore, Hanoi, Seoul, and Tokyo, while leaving out Manila. Washington has also shifted to enhancing engagements with alliances such as AUKUS, even as Philippines-US cooperation seems to be deficient in several areas and in security, greatly focused on counter-terrorism operations in Mindanao. Academic Julio S. Amador III says the Philippines must step up to play its part and articulate its key interests better.
Read more Investing in China: Why didn't anyone foresee the regulatory clampdown on the tutoring industry?

Candice Chan - 22 December 2021
Since China’s regulatory clampdowns in the after-school tutoring sector, Chinese education sector stocks have dropped and analysts have been left wondering how they were caught on the back foot. SMU academic Liang Hao and postgraduate student Wang Jialun discuss the predictive limitations of ESG (Environmental, Social and Governance) ratings and what the cycle of anxiety that pervades the tutoring industry means for investors.
Read more 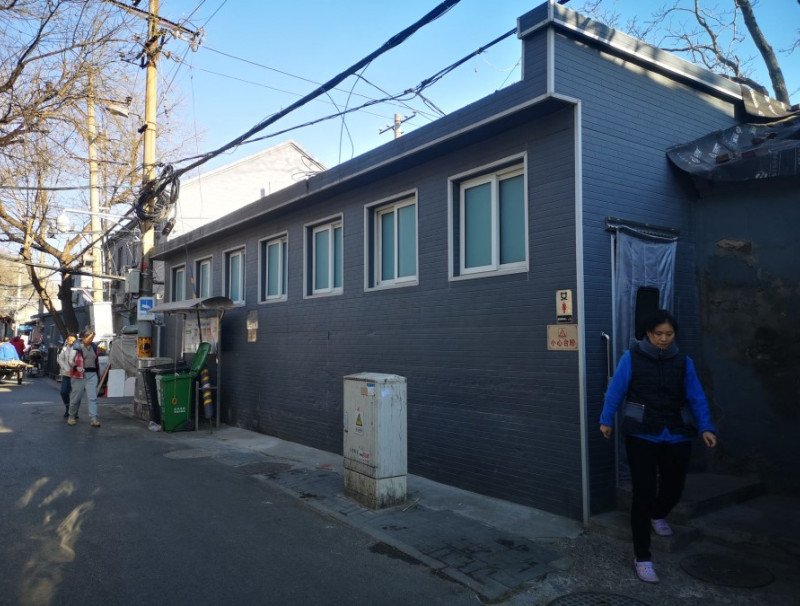 Candice Chan - 22 December 2021
Beijing’s old alleyways or hutongs are known for their historical value and they have undergone renovations over the past few years. But one aspect that is still a work in progress is the provision of public toilets in these areas, which can be in poor condition. The latest phase of the “toilet revolution” focuses on building facilities fit for purpose and for their users to have a mindset change. A tall order? Meng Dandan finds out.
Read more Candice Chan - 22 December 2021
As the ruling Democratic Progressive Party (DPP) wished, the four-question referendum held in Taiwan on 18 December — regarding the building of a third LNG plant near an algal reef, the restarting of the Fourth Nuclear Power Plant, pork imports, and timing of referendums — was not passed. However, they should not be too happy yet, says Chen I-hsin. Recent exposés on party members, not least on President Tsai Ing-wen herself, are draining support from the party. And though the KMT did not achieve enough “yes” votes in the referendums, if they learn from it, they could still make gains in upcoming elections.
Read more
Translated by Candice Chan on 6 January 2022

At a gathering last week, a friend appeared with some Sam's Club bags, and was immediately bombarded: “Other people are rushing to cancel their membership, why are you still shopping there?”

My friend sheepishly chuckled: “Sam’s cakes are pretty good, and not expensive.”

Someone else immediately cut in: “Hema’s cakes are similar, you don’t have to buy Sam’s any more.”

Sam’s Club, under retail giant Walmart, is among the latest group of foreign companies boycotted by Chinese consumers over the Xinjiang issue. Recently, when Sam’s Club removed all Xinjiang products from its stores, tens of thousands of China’s netizens responded by cancelling their membership, while China’s Central Commission for Discipline Inspection (CCDI) said Sam’s Club was “stupid and short-sighted”.

This boycott occurred when US President Joe Biden signed the Uyghur Forced Labor Prevention Act, which disallows items containing Xinjiang-produced materials or components from being exported to the US, unless there is evidence that no “forced labour” was involved in their production.

“We couldn’t boycott Intel, but you think we can’t boycott you? Cancelling my membership tomorrow!” - Chinese netizen

Just before Biden signed the Act, US chip-making giant Intel released a letter to global suppliers asking them to avoid using labour, products and services from Xinjiang. When this letter went online, Intel immediately put out a statement of apology on Weibo, clarifying that the intention of the letter was an expression of compliance with US law, rather than a statement of its position on the issue.

The apology did not quell the anger of the Chinese, with a netizen slamming Intel for “wanting to earn China’s money but only obeying US laws”. However, few netizens called for a boycott. But the attack on Sam’s Club was more scathing: “We couldn’t boycott Intel, but you think we can’t boycott you? Cancelling my membership tomorrow!”

The experience of Walmart and Intel is nothing new. Early last year, international fashion brands like Adidas, Nike, and Uniqlo came under fire because the Better Cotton Initiative (BCI) that they belong to was reported to boycott Xinjiang cotton. Now, the ban by the US has put US companies in China in a dilemma — not enforcing the ban would lead to punishment by the US government, while enforcing it would lead to a boycott by Chinese consumers.

Surprisingly, some US companies are going against the flow and expanding into Xinjiang, like electric vehicle brand Tesla.

On 31 December 2021, Tesla announced on Weibo the official opening of its Tesla showroom in the Xinjiang capital Urumqi, with the line: “In 2022 let us together launch Xinjiang on its electric journey!” The post also included photos of the opening of the showroom, including a lion dance and people holding placards which read “Tesla [heart] Xinjiang”.

...In fact this shows that Tesla is more tenacious than Walmart. It is also a reminder that the Chinese market is more important to Tesla than it is to Walmart.

While Tesla’s move won praises from Chinese netizens, it drew the ire of the American public. The Council on American–Islamic Relations accused Tesla of giving “economic support for genocide”, while White House Press Secretary Jen Psaki said at a press briefing on 4 January, “So, I can’t speak to the specific situation of one company, but as a general matter, we believe the private sector should oppose the PRC’s human rights abuses and genocide in Xinjiang. The international community, including the public and private sectors, cannot look the other way when it comes to what is taking place in Xinjiang.”

Putting aside the controversy and just going by American laws, it is not illegal for Tesla to open a showroom in Xinjiang. In fact this shows that Tesla is more tenacious than Walmart. It is also a reminder that the Chinese market is more important to Tesla than it is to Walmart.

In the first nine months of 2021, a quarter of Tesla’s total revenue came from the Chinese market and over half of its electric vehicles are produced in China. In future, the company is expected to continue benefiting from its electric vehicle-friendly policies. In comparison, in the first nine months of 2021, the Chinese market only accounted for 2.16% of Walmart’s overall sales. The rise of new shopping modes like e-commerce and community group buying have clearly weakened the competitive advantage of this traditional retail giant.

But the huge Chinese market is still indispensable to the company, putting Intel in an extremely awkward position — while it does not want to offend both China and the US, it is difficult to please both sides as well.

Will the benefits be enough to offset the cost?

Intel’s situation is somewhere between that of Tesla’s and Walmart’s. In 2020, 26% of Intel's revenue came from the mainland Chinese and Hong Kong markets. Intel is not as reliant on the Chinese market as Tesla is, and its products and services are not as easily overtaken by competitors. But the huge Chinese market is still indispensable to the company, putting Intel in an extremely awkward position — while it does not want to offend both China and the US, it is difficult to please both sides as well.

With the US legislation, human rights issues have spilled over into the arena of supply and industrial chains, and the onus is now on American enterprises to prove their integrity. As a result, the additional costs incurred are partly passed on to consumers. When more enterprises are forced to choose sides, they need to be even more pragmatic: will the benefits of staying in the Chinese market be enough to offset the cost?

But the latest economic data released last month showed that China’s consumption reported weaker-than-expected figures, with the Central Economic Work Conference even predicting that the Chinese economy would be hit by the “triple pressures”...

According to a survey conducted by the American Chamber of Commerce in Shanghai in mid 2021, nearly 60% of respondents reported increased investment in 2021, giving a vote of confidence to the Chinese market. But the latest economic data released last month showed that China’s consumption reported weaker-than-expected figures, with the Central Economic Work Conference even predicting that the Chinese economy would be hit by the “triple pressures” of demand contraction, supply shocks and weakening expectations this year. It is also expected that the continuing zero-Covid policy would impede the recovery of domestic consumption in China.

When the attractiveness of the Chinese market is called into question and the costs increase day by day, it is not just the consumers but also the multinational corporations who would start looking for alternatives.

Related: The fight that never ends: Why are China and the West now fighting over Xinjiang cotton? | Facing the ire of 1.4 billion Chinese consumers: Multinational companies cottoning on to supply chain risks | Patriotic consumerism: Li-Ning sneakers for 50,000 RMB, anyone? | When doing business in China, beware of patriotic netizens | Elon Musk’s indissoluble bond with China