The US is getting old but China is still too green

Zhou Nongjian observes that there was a large slate of older candidates in this year’s US elections including incumbent President Trump who is 74 and President-elect Joe Biden who is 78. It is not an exact science of course, but he notes that this large crop of “oldies” is a metaphor for a greying America, or put bluntly, a country that is fast deteriorating and way past its prime. Notwithstanding, will China be fooled by such a veneer of weakness or stay watchful and humble? 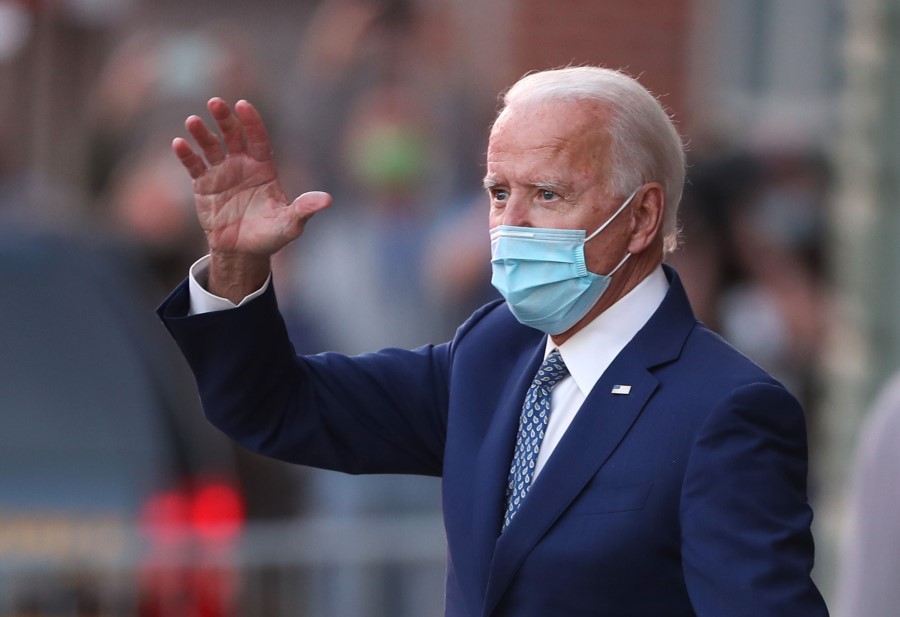 President-elect Joe Biden waves to supporters as he leaves the Queen theater after receiving a briefing from the transition COVID-19 advisory board on 9 November 2020 in Wilmington, Delaware.(Joe Raedle/Getty Images/AFP)

Setting the rules: 'Non-negotiables' in a US-Southeast Asia relationship

Candice Chan - 23 October 2020
Since 2016, China has presented itself as a strategic competitor to the US. In turn, the Trump administration has been accused of incoherence in its policies toward China and its approach to the Indo-Pacific has led to concerns in regional states. Whether Trump or Biden wins in November, Washington needs to recognise some non-negotiables with regards to Southeast Asia: the avoidance of presenting binary choices for regional states to make amid Sino-US rivalry; the need for a looser cooperative approach in pushing back China’s assertiveness, particularly in the South China Sea; and the need to build regional connectivity networks and infrastructure.
Read more 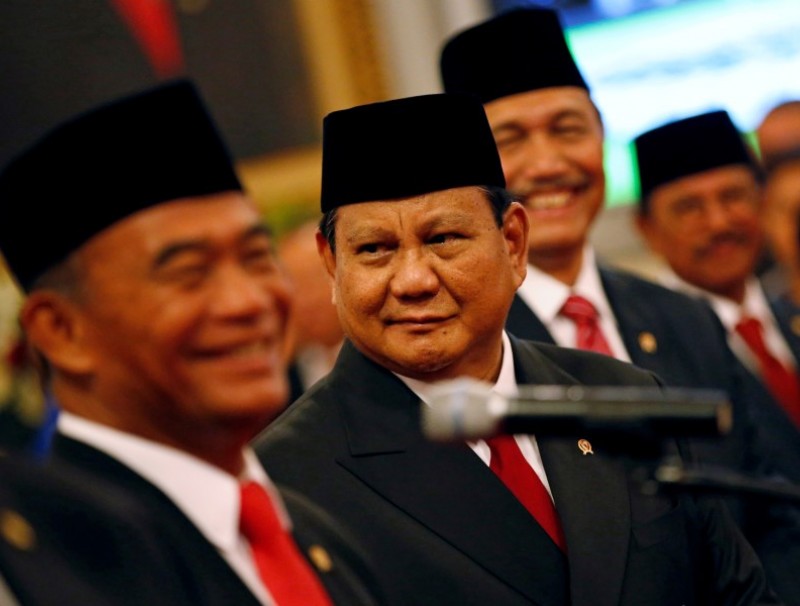 Candice Chan - 23 October 2020
Indonesian Defence Minister Prabowo Subianto's visit to Washington DC has raised many eyebrows and questions, says Leo Suryadinata. Is the US worried about Indonesia leaning too much towards China?
Read more 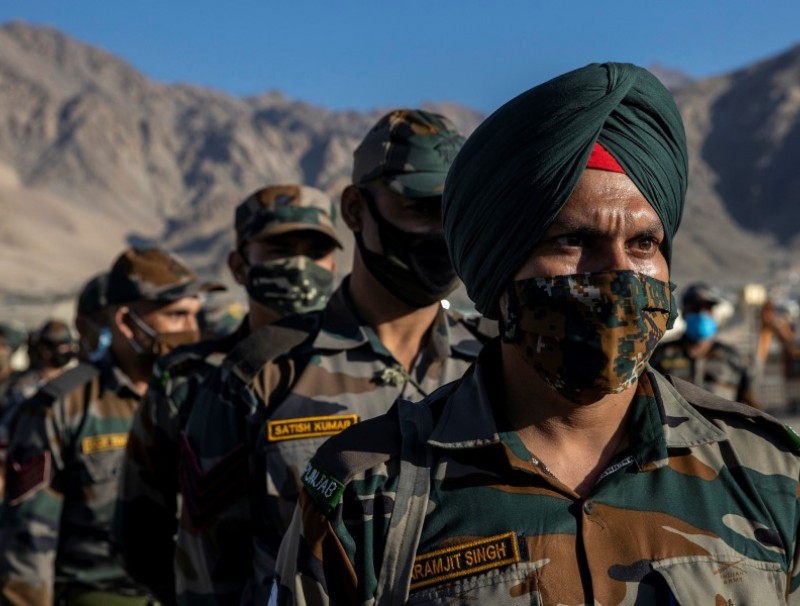 Candice Chan - 23 October 2020
The US and India are set to sign the Basic Exchange and Cooperation Agreement at the third US-India 2+2 Ministerial Dialogue later this month, rounding out the trio of foundational agreements between them for comprehensive military cooperation. Hong Kong-based commentator Zheng Hao says this portends greater threats for China, the unspoken target of closer US-India military ties.
Read more

Candice Chan - 20 October 2020
Chinese financial commentator Tan Haojun looks at what China has done right to quickly recover after the pandemic, and what makes international financial institutions and analysts confident about its economy.
Read more
Translated by Candice Chan on 12 November 2020

While some legal controversy remains over the results of the 2020 US presidential elections, 78-year-old Joe Biden is set to take over from 74-year-old Donald Trump in the White House. Biden will be the oldest president in the history of the US.

Are there no younger talents around? Where is the young and vibrant America of the past?

In the primaries of this election, the Democrats had some candidates over the age of 70, such as Bernie Sanders and Elizabeth Warren, as well as former New York City mayor Mike Bloomberg. Speaker of the House of Representatives Nancy Pelosi is also above 80.

People would wonder: What is the matter with the US? Such a large country with hundreds of millions of people, and it has all these old people fighting over major positions. Are there no younger talents around? Where is the young and vibrant America of the past?

Perhaps this election has a symbolism to it: the US is getting old.

And this ageing of the US did not just start now.

Gradually becoming irrelevant without realising it

Over the past 30 years or so, with globalisation and the outflow of capital and industries, apart from a handful of high-tech industries, most industries in the US are increasingly hollowing out, as wealth moves east. Asian countries are rising as they benefit from industrial outsourcing and overseas funds and technologies. Their economic strength and influence is growing, while in comparison the US is in bad shape and not what it used to be.

Also, for decades, the left-wing liberals have been growing stronger, with its ideology increasingly taking a dominant position in fields such as education, opinion, culture, and the arts, as well as in major cities, Wall Street, and the high-tech sector. Under the influence of this ideology, borders are as good as non-existent — there has been a flood of illegal immigrants, and also legal immigrants who bring in different cultures or even religions that are firmly “closed-door”. Coupled with the political correctness of diversity and equal rights, social movements involving marginalised groups are rising, and traditional American culture is being eroded from within.

But given the bipartisan tussling and Trump’s personal flaws, coupled with the coronavirus pandemic, Trump’s instinct-based governance was heavily discredited.

When Trump took office in 2016, that was a sort of awakening for US society — at least for some — that this cannot go on. It was an effort or attempt to put a stop to the slow but sure slide in economic strength and cultural disintegration.

But given the bipartisan tussling and Trump’s personal flaws, coupled with the coronavirus pandemic, Trump’s instinct-based governance was heavily discredited. Without either the pandemic or his personal flaws, Trump would not have lost the election. His votes were in fact very close to Biden’s — a difference of just one percentage point or even less in some key states.

This fight between two old men is in fact a conflict between two ways of thinking. The US is “old money”; even though its strength and influence have declined over the past 30 years, many Americans, especially Democrats, are still stuck in its past glories of global dominance as the number one country in the world, a beacon of civilisation and an international leader. Trump’s businessman-type thinking replaced America’s emphasis on values with economic benefits. Friend or foe alike, tariffs and military expenses are all about “America First”, and about fair trade, reciprocity and being calculative — all traits which are seen as damaging to America’s values and reputation.

It can be expected that once Trump leaves the White House, countries around the world — be it China, which the US deems its competitor, or the US’s allies such as various European countries, Canada, Australia, Japan, and Korea — would heave a sigh of relief and be happy with the outcome of the elections. Thus, amid a sea of congratulatory messages to the “big boss” and “world leader”, tariff wars and NATO contributions can be reconsidered as friendship is more important than money. One party keeps its pride, while the other gets tangible benefits — it is a win-win situation for all.

Trump focuses on tangible gains and his methods are lethal, crude and relentless. On the other hand, it is often all sound and no fury with the Democrats...

The current changes to the US government will benefit China somewhat, at least in the short term.

Although both Republicans and Democrats consider China a competitor of the US, there are still differences in their thinking. Until today, while the Democratic Party is still a values-based party that focuses on ideology, many of its policies are impractical. For example, its disregard for the plight of the country’s energy and automobile industries, its insistence on putting the fight against global warming first when setting policies, as well as its counterproductive tax policies, all stem from holding lofty beliefs of some kind.

Because of ideological reasons, a Democrat administration could mean that the US will give China a hard time. For example, they may put pressure on China when it comes to issues such as human rights, Hong Kong, Xinjiang, Tibet, Taiwan, and the South China Sea. However, the actual harm done may not be as bad as the losses incurred during the Trump administration. Trump focuses on tangible gains and his methods are lethal, crude and relentless. On the other hand, it is often all sound and no fury with the Democrats — while there may be a lot of talk, the actual economic damage is small. Even if economic damages are incurred, they are generally temporary, like the case with what happened after 1989 (i.e. easing sanctions imposed on China after the Tiananmen incident fairly quickly).

Trumpism is here to stay

In the long term, Trumpism will stay even after Trump leaves. Trump has brought about an awakening in US society. His brand of conservatism, isolationism, putting American interests first, and interest-oriented ideas will likely become the long-term modus operandi of the US resisting the predestined decline of great powers, even if it takes some time before it is accepted by more people in American society. In effect, the current change in regime and the reversal of the political winds can be seen as just a brief change, because a return to the old path will not solve the unprecedented challenges that the US is facing. It is just revisiting the old dream of imperialism.

In China’s eyes, while the US seems to be ageing, it is still the top superpower of the world. Whether it continues to age or becomes “great again” is not determined by China’s wishes. As the Chinese saying goes, a starved camel is bigger than a horse (瘦死的骆驼比马大, meaning a rich man who has lost everything is still richer than a poor man); besides, the US is still far from being “starved”. Hence, with regards to the US, China would have to acknowledge the reality, make peace, keep a low profile and bide its time. China should also seize the opportunity of having a new US government to improve China-US ties in the short term whilst taking a long-term view.

Related: Bumpy ride ahead for US-China relations after the US elections | Biden presidency a turning point for China-US relations? | Trump or Biden, the US is on a path of decline | A win for Biden is a win for China?

Politics
Japanese academic: Who will set the new rules in the Asia-Pacific region?

Exemplary punishment: How China's using wolf-warrior tactics on Australia to warn the rest