With the signing of the RCEP yesterday, the largest economic community in the world is very much in the making. Zaobao correspondent Yu Zeyuan examines what the RCEP means for China and the world, not least the US, which is not a member of the RCEP. ASEAN leaders are seen on a screen as they attend the 4th Regional Comprehensive Economic Partnership Summit as part of the 37th ASEAN Summit in Hanoi, Vietnam, 15 November 2020. (Kham/REUTERS) 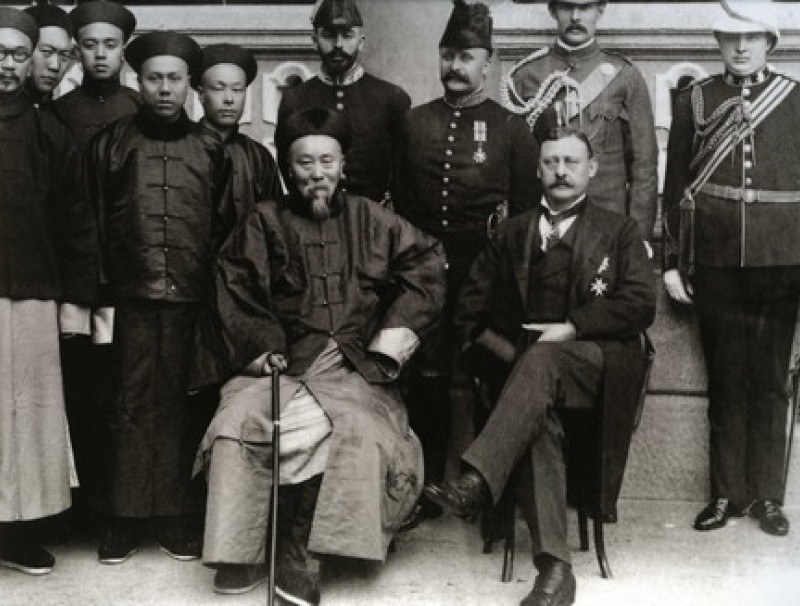 Candice Chan - 19 October 2020
In this geostrategic climate, Southeast Asian countries should welcome rather than reject investments from China for their own developmental needs. Welcoming Chinese investment will also likely spur competing investments from the West and Japan.
Read more Candice Chan - 19 October 2020
In this era of blossoming social media, anti-China sentiments have morphed and manifested online, compelling Vietnamese authorities to keep close tabs on it. ISEAS academic Dien Nguyen An Luong examines how the Vietnamese authorities have increasingly looked to social media to gauge anti-China sentiments and to calibrate their responses accordingly.
Read more Candice Chan - 16 October 2020
Shenzhen has grown rapidly over the past 40 years, such that its GDP reached a massive 2.7 trillion RMB in 2019. Just this month, the Chinese government released a five-year plan to make Shenzhen a “pilot demonstration area for socialism with Chinese characteristics”. Amid plans for reforms and new initiatives, EAI academic Yu Hong asks: How much autonomy will Shenzhen have, and what challenges will it face?
Read more
Translated by Candice Chan on 16 November 2020

The Regional Comprehensive Economic Partnership Agreement (RCEP) was officially signed yesterday. China can finally heave a sigh of relief after much anxiety that the signing might be derailed. Chinese media expressed its excitement with headlines filled with superlatives such as “world's largest” and “super heavyweight”.

The Chinese authorities, too, can hardly hide their joy. According to a Xinhua report, Chinese Premier Li Keqiang said yesterday that the signing of the RCEP is “not only a monumental achievement in East Asian regional cooperation” but a “victory of multilateralism and free trade”. He added that the signing “shines light and hope through dark clouds” and shows that multilateralism and free trade is still the right way to go for the world economy and human progress.

In fact, before yesterday’s RCEP signing, China was worried that the US would block its allies such as Japan, Korea, and Australia from signing the agreement.

It is evident that the dark clouds that Li spoke of includes the enormous impact of the coronavirus on the global economy, and is also a subtle reference to the damage to multilateralism and free trade caused by the unilateralist “America First” policies of the Trump administration over the past few years. In fact, before yesterday’s RCEP signing, China was worried that the US would block its allies such as Japan, Korea, and Australia from signing the agreement.

Indeed, the US does not want the RCEP to be signed, not just because the US is not part of it, but more because the US does not want China to play a leading role in East Asia cooperation. Just last week, a senior US State Department official strongly encouraged Korea and Japan to speak up about human rights and data protection issues, despite their trade relations with China.

The population, economic volume, and trade value of the 15 RCEP members makes up 30% of the global total.

But the RCEP has happened, for a simple reason — compared to security fears (which lack evidence) and human rights (which is an abstract idea), latching on to China’s rapid economic growth through free trade and economic integration to revive and stimulate local economies hit by the pandemic is a common consensus and benefit for China and other RCEP signatories. As for the rights and wrongs of the China-US tussle, that is another issue that need not be mixed up with economic cooperation.

For China, the signing of the RCEP is an unmitigated victory. The population, economic volume, and trade value of the 15 RCEP members makes up 30% of the global total. With the world’s largest free trade zone, China has more confidence to take on the US.

Over the past two years, the deterioration of China-US relations has worsened the external environment for China. Within China, people are finding it increasingly difficult to do business, especially companies involved in foreign trade. Many people are worried and feel that it is very difficult to change external perceptions of China, and the future is full of uncertainty.

With this framework in place, it would be much more costly for America to build a unified front against China in East Asia and even the world.

While multilateralist Joe Biden defeated unilateralist Donald Trump to become the next US president, whether Biden’s multilateralism includes China is still uncertain. Besides, many people believe that Biden will change Trump’s approach of withdrawing from various international agreements after he takes office, and rally its allies to exert further pressure on China. For example, the US could participate in the Comprehensive and Progressive Agreement for Trans-Pacific Partnership (CPTPP) that China is not a member of, using that as a renewed united front against China.

The RCEP will be a unified free trade zone in the East Asia region that facilitates cross-border movement of commodities, capital, technology and people within the region. With this framework in place, it would be much more costly for America to build a united front against China in East Asia and even the world. It could even make it impossible for the US to stop China’s influence in the economic and trade sectors.

China’s relations with Japan and South Korea set to improve

However, on balance, the RCEP will also provide great impetus for China’s economic transformation and advancement.

Undoubtedly, the RCEP will also bring some challenges to China. As China’s labour and environmental costs increase, some of China’s labour-intensive industries will face strong competition from Vietnam and other countries. At the same time, in terms of high-end products, relevant Chinese enterprises will also face competition from similar Japanese and Korean enterprises. In terms of agricultural products, China will also have to face Australia and New Zealand and their competitive advantages. However, on balance, the RCEP will also provide great impetus for China’s economic transformation and advancement.

Overall, the RCEP offers China far more opportunities than challenges. The benefits that it will bring also go beyond merely fending off suppression from the US. In the short term, the RCEP will expand China’s economic, trade and investment exchanges with other countries in the region, and create more room for China’s exports and investments, greatly benefiting China’s foreign trade enterprises. For Chinese consumers, more high-quality foreign products will enter the Chinese market with lower tariffs, which is certainly a boon as well.

In the long term, following the implementation of the RCEP, not only will the world’s largest economic community emerge in East Asia, but it will also continue to grow and expand. As the country with the greatest economic weight, most complete value chains, and the strongest overall strength in the RCEP framework, as long as China takes the lead in abiding by the agreement and displays its strength as a great power, it will not only reap benefits in economics and trade, but also in terms of its international image.